Who is Alex Morgan?

Alex Morgan is a well-known name in sports. She has gained the title of being a brilliant soccer player. Alex presently plays for the Orlando Pride of the NWSL (National Women’s Soccer League). She is the co-captain of the team following Carli Lloyd and Megan Rapinoe.

Besides, the player earned recognition winning the Olympic Gold Medal in 2012, defeating Japan. Moreover, making a record of 28 goals and 21 assists, she became the youngest player to score 20 goals in a single season. Additionally, she enlisted in the FIFA World Player of the Year and became the US Soccer Female Athlete of the Year. Then, leading to winning FIFA Women’s World Cup in 2015 made her one of the prominent athletes. Furthermore, winning the Cup for the second time in 2019, Alex also gained Silber Boot, this time. 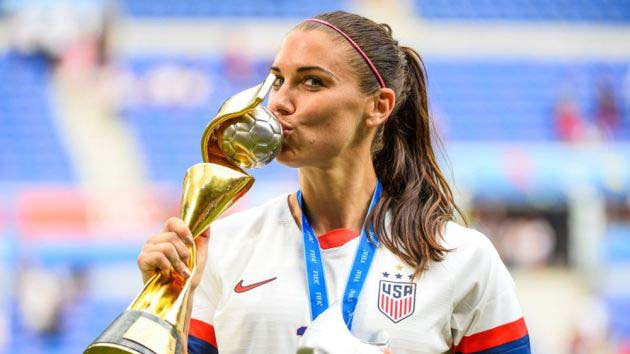 Alex Morgan was born on July 2, 1989, as the name Alexandra Patricia Morgan, in San Dimas, California, US. She was born to her father, Michael T. Morgan, and her mother, Pamela S. Morgan. Likewise, she grew up along with her two older sisters, Jeni and Jeri Morgan.

Furthermore, Alex holds an American nationality, and as per ethnicity, she belongs to White-Caucasian. Standing at the height of 5 feet 7 inches (170 cm), and weighing about 56 kg, she has been able to maintain her body fit and healthy. Alex has an athletic body type along with the body measurements of 34-24-35 inches. Additionally, her blue eye color, and dark brown hair color, makes her look prettier. She has the star sign of Cancer.

Besides, Alex Morgan is a vegan. In 2019, PETE honored Alex along with NBA player Kyrie Irving, as the Most Beautiful Vegan Celebrities of the Year.

From an early age only, Alex had an interest in playing soccer. She joined the American Youth Soccer Organization, and her father became her first coach. Joining the club, Cypress Elite, she developed her playing skills. Then, winning the Coast Soccer League under 16-championship, and being third in under-19 level, she became more determined to enroll her career in soccer.

For education, she attended the Diamond Bar High School. During the school, the National Soccer Coaches Association of America enlisted her in All-American. She also played for regional and state teams of the Olympic Development Program. Eventually, when she was 17 years old, the United States under-20 women’s national soccer team called her up.

After being certified from high school, she enrolled at the University of Carolina, Berkeley. During the time, from 2007 to 2010, Alex played for the California Golden Beers. During her junior year, she became among the top three finalists for the “Hermann Trophy.”

Subsequently, Alex completed her college career, being the third all-time in goals scoring 45 goals. She certified from the college with a significant subject in Political Economy. 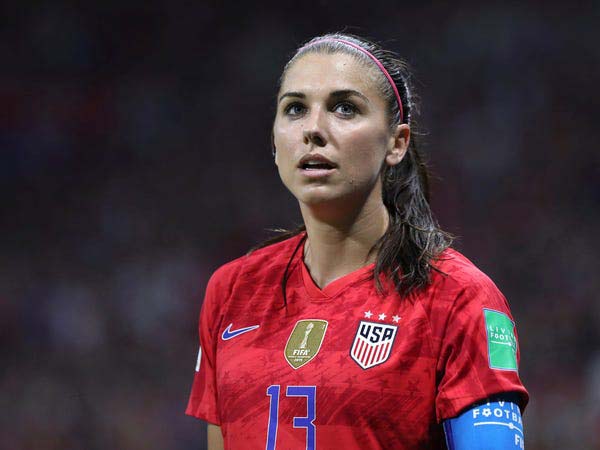 Alex played in a senior national team in March 2010, debuting as a substitute against Mexico. She scored her first goal in an international appearance in October against China.  In the same year, in November, her goal is considered as the most prominent goal of her career, which she scored against Italy. This goal also led the team to the finals of the FIFA Women’s World Cup.

On January 14, 2011, the Western New York Flash drafted him in the first overall pick. In the 2011 season, she led the team to win the title of WPS Championship, playing in a total of 14 games and scoring 4 goals.

Morgan enrolled in the 2011 FIFA Women’s World Cup, being the youngest US player, at the age of 22. During the season, the team won the silver medal. She kicked the first goal while playing opposite to Japan.

Alex joined the Seattle Sounder Women in 2012. Besides, she also prepared for the 2012 Summer Olympics, due to which she only played three matched for the club. While in the Summer Olympics, she led the team to finals scoring the goal in semifinals defeating Canada. Meanwhile, the team gained an Olympic gold medal. Additionally, in the year, Alex scored 28 goals and 21 assists and. She became among the two women alongside Mia Hamm, for scoring 20 goals and 20 assists. She became the US Soccer Female Athlete of 2012.

Likewise, in 2013, she became honored as the CONCACAF Female Player of the Year. From 2013 to 2015, Alex played for the Portland Thorns Football Club. She enrolled in the club through the NWSL Player Allocation. In the year, the club won the Cup. 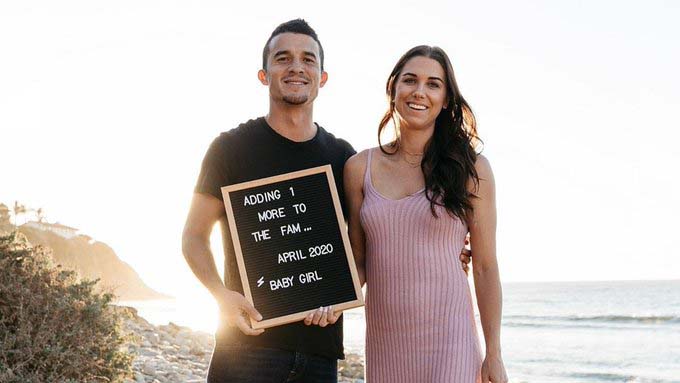 She is a married woman. On December 31, 2014, she tied a knot with the soccer player Servando Carrasco. Moreover, the couple is blessed with a daughter, Charlie Elena Carrasco, born on May 7, 2020.

Alex Morgan has been able to earn massive popularity from her professional career. Likewise, along with gaining name and fame, she has been able to make a decent amount of money. The player has an estimated net worth of $3 million as of 2020. Her salary is around $45 thousand.