Who is Andy Samberg?

Andy Samberg was born on August 18, 1978, with the name David A.J. Samberg in Berkeley, California, United States. He is the son of Joe Samberg and Marjorie “Margi” Marrow Samberg. Furthermore, he has two siblings, both sisters named Johanna Samberg and Darrow Samberg. Talking about his family background, his father is a professional photographer and his mother is an elementary school teacher.

Samberg changed his name from David to Andy at the age of 5. He is from a Jewish family and is American by nationality. American industrial psychologist Alfred J. Marrow is his maternal grandfather who adopted Andy’s mother. Furthermore, US Senator Tammy Baldwin is his third cousin. 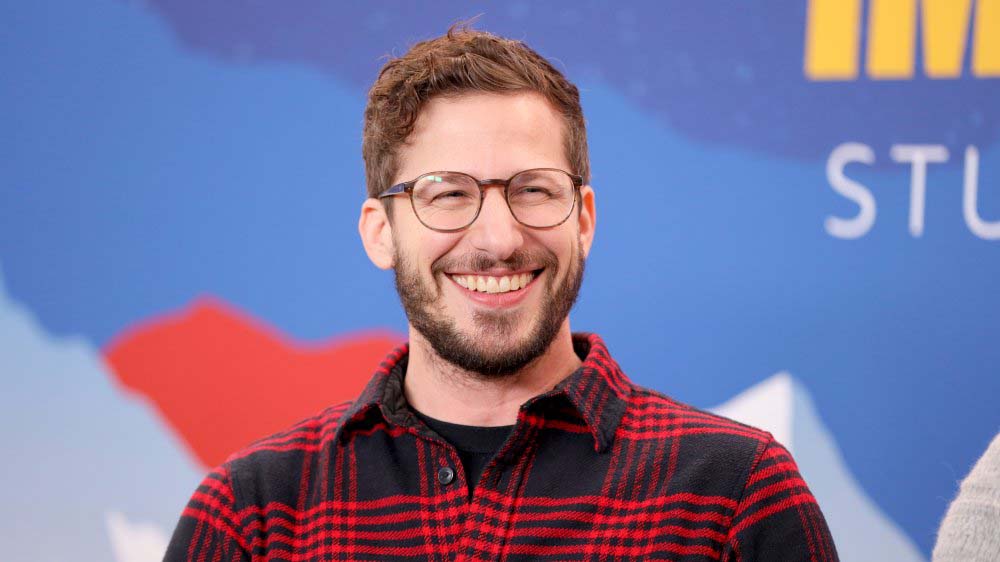 Samberg’s height is 5 feet and 10 inches (1.77 meters) and his weight is around 77 kilograms. He has a slim body type with chest size 41 inches, waist size 34 inches, and biceps 15 inches. Furthermore, Andy Samberg has a beautiful pair of light brown eyes and dark brown hair.

Samberg attended Berkeley High School for early education and graduated in 1996. For further studies, he attended the University of California, Santa Cruz, and studied there for two years. Andy then transferred to New York University’s Tisch School of the Arts and graduated in 2000.

Samberg is a married man. His wife is musician Joanna Newsom, whom he married on September 21,2013. The couple married after dating for 5 years. They have a child together, a daughter. 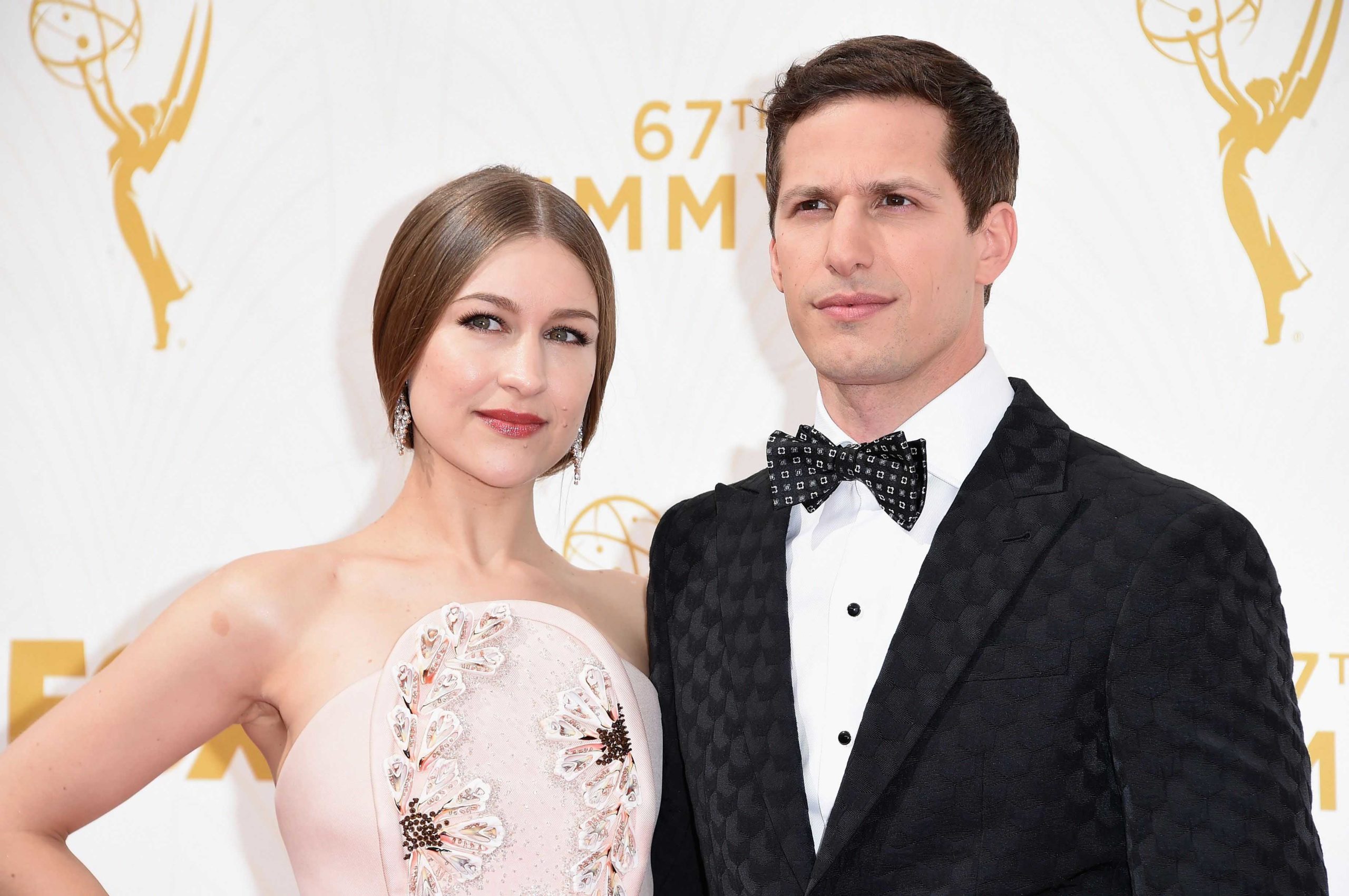 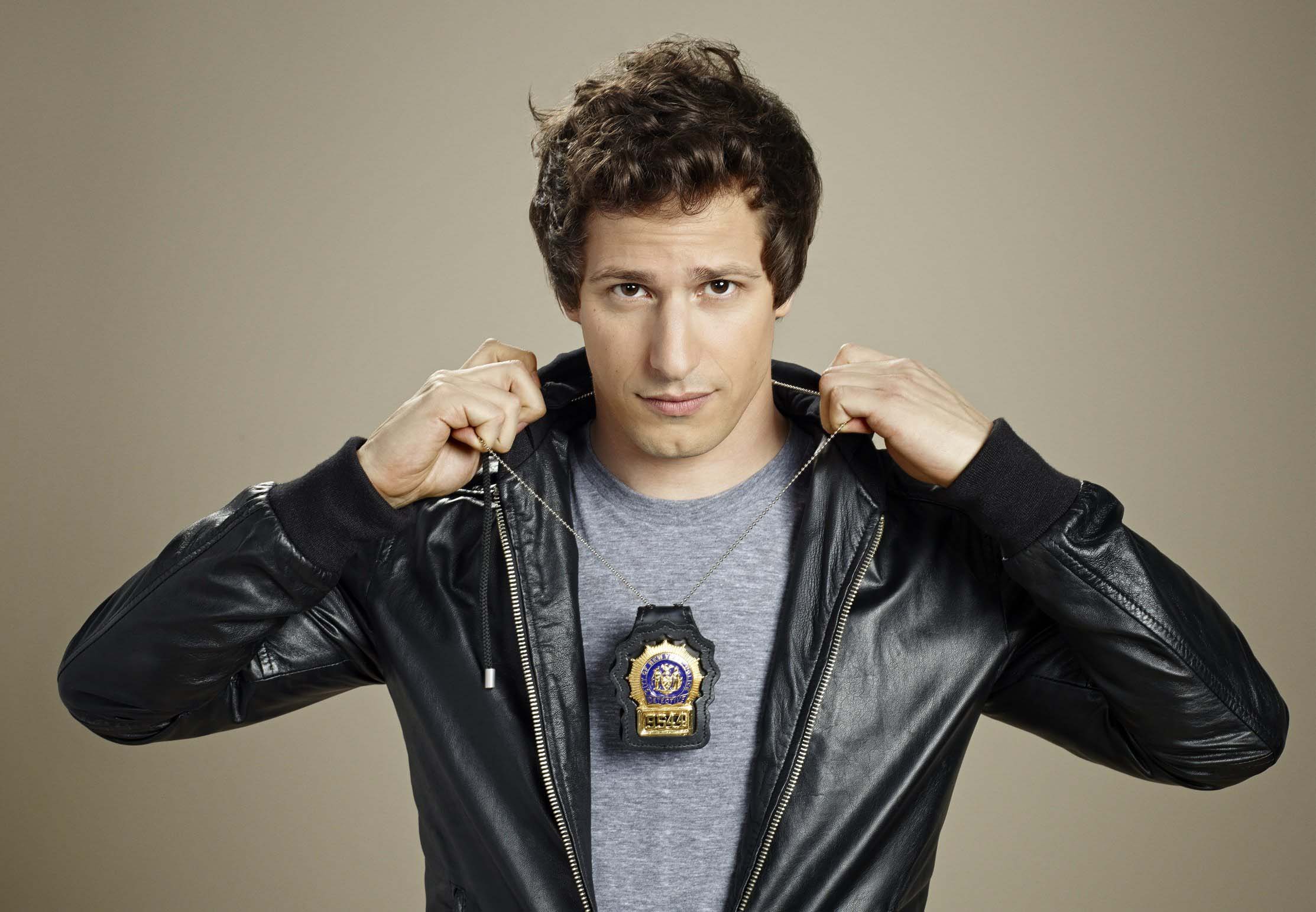 Andy’s first television series is The ‘Bu, where he played the role of Aaron from 2003 to 2004. In 2005, he played the role of Stage Manager and the voice role of Cosby Team TriOsby in Arrested Development and House of Cosbys. Andy was the member and writer of Saturday Night Live from 2005 to 2012. In 2008, he appeared in 4 episodes of Human Giant as Jonathan. He also hosted the 2009 MTV Movie Awards. Samberg then appeared in 5 episodes of Comedy Bang! Bang! himself from 2012 to 2016. Currently, he is the main star of the series Brooklyn Nine-Nine since 2013. He plays the role of Detective Jake Peralta in the series. Furthermore, he is the producer of the series as well.

Samberg played the roles of Eric Andre, Der Nerd, Aaron Williams in series The Eric Andre Show, Major Lazer, and 7 Days in Hell in 2015. He was the host of the 67th Primetime Emmy Awards in the same year.  Andy is also the executive producer of Party Over Here, The Unauthorized Bash Brothers Experience, and Alone Together.

Andy’s first award is the 2007 Primetime Emmy Award for Outstanding Original Music and Lyrics. In 2014, he won the Golden Globe Award for Best Actor-Television Series Musical or Comedy and the American Comedy Awards for Best Comedy Actor-TV category. He then won the Poppy Awards for Outstanding Lead Actor in a Comedy Series in 2016.

Andy’s net worth is estimated to be around $20 million. He earns money through his roles in movies and series as well as his producing career.

Rachael Harris- An Actress and Comedian, Who is Best Recognized for her Role as Dr. Linda Martin, in the series, “Lucifer”