A bagel is a bread product that originated from the Jewish communities of Poland. This type of bread is traditionally shaped in the form of a ring by hand and is made up of yeasted wheat dough. The structure of this bread is roughly hand-sized and is boiled for a short time first and then baked. You then get a dense, chewy, doughy interior with a crispy and brown exterior texture. Various toppings are used in bagels like poppy or sesame seeds and sometimes salt is also sprinkled on the surface. The types of dough used in a bagel often differ but are mainly made with whole-grain or rye. 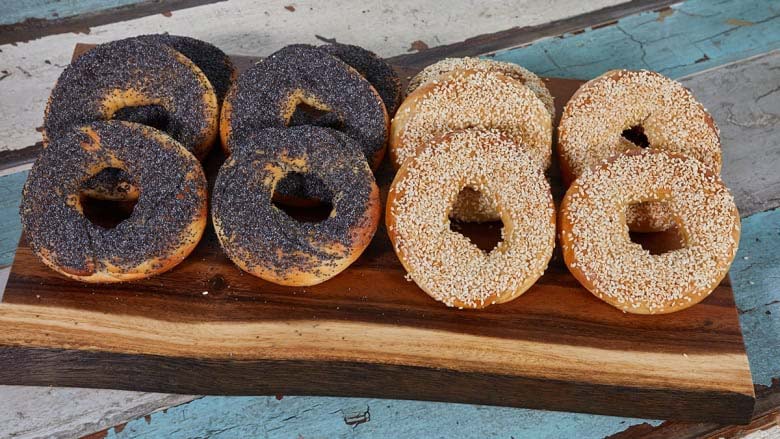 Even though we cannot find the exact origin of Bagel, we know that it was widely consumed in the 17th century by Ashkenazi Jews. Jewish community ordinances in Krakow, Poland are known to be first peoples to mention bagel in 1610.

Bagels are a very popular bread product now in North America, especially in cities with a large Jewish population. There are several ways of making bagels now and are available in many major supermarkets in the North American cities. 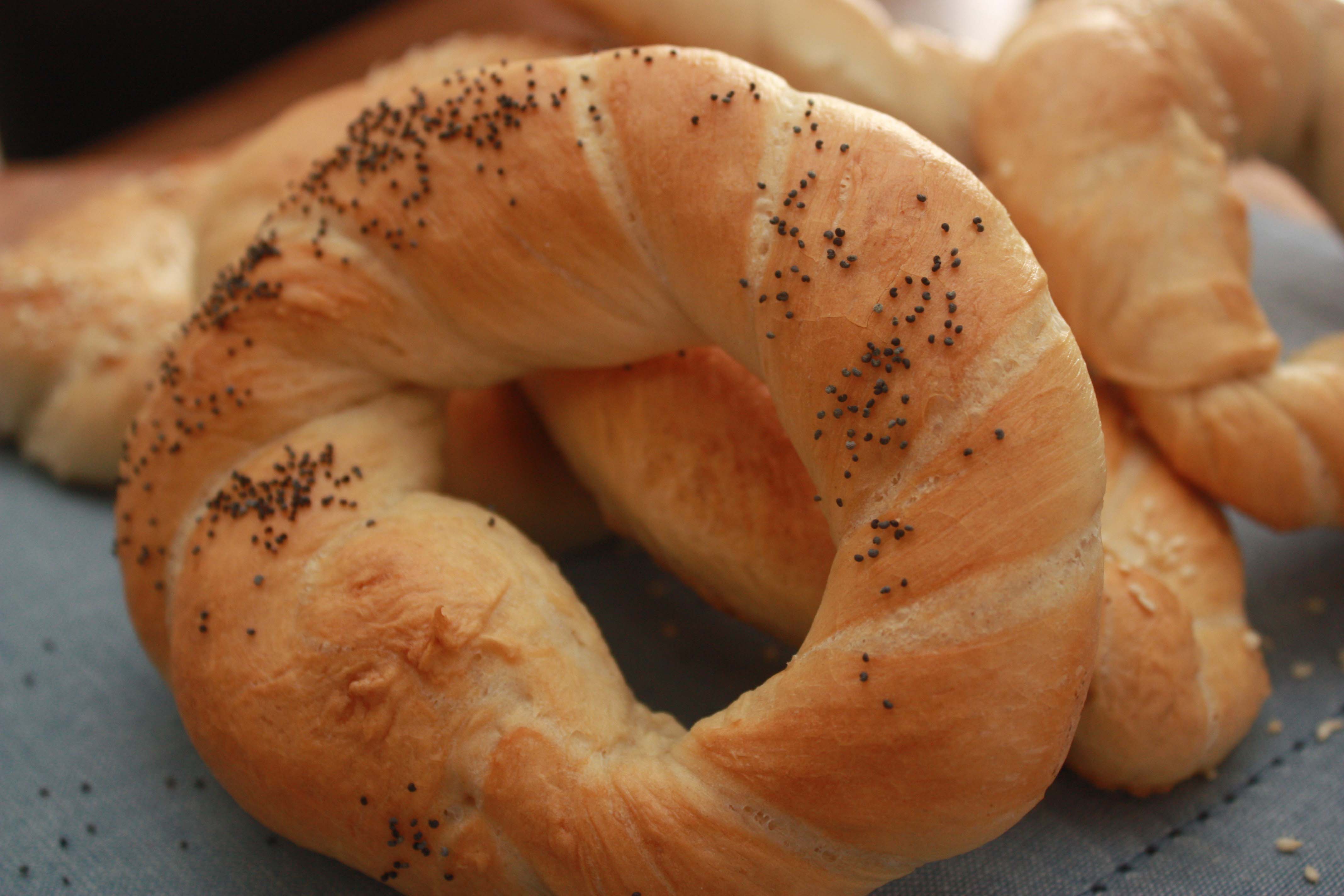 The most basic traditional dough contains wheat flour, salt, water, and yeast leavening. To create the firm, dense but spongy bagel shape and chewy texture, bread flour or other high gluten flours are used. Many add sweetener to the dough like barley malt, honey, corn syrup or sugar with or without the eggs.

The traditional recipe for bread is: 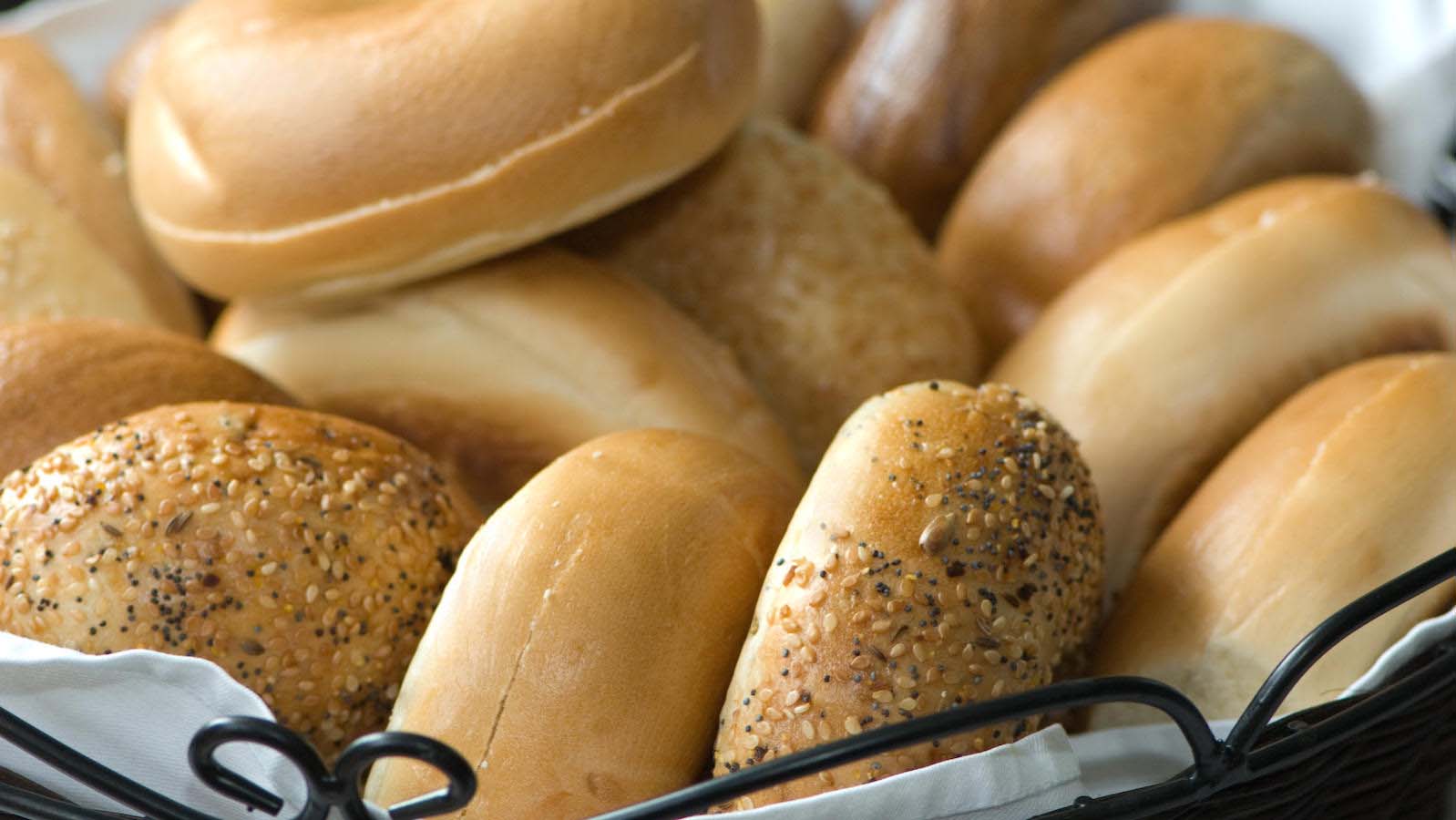 This production method gives bagels a shiny appearance with its distinctive taste and chewy texture. Bagels can normally be frozen for up to six months.

A variant in bagel-making has emerged in recent years, which is also known as the steam bagels. The boiling is skipped in this variant and is baked in an oven which is equipped with a steam injection system. The steam bagel requires less labour In commercial production since bagels need to be handled only once. However, Steam bagels are normally considered of lower quality since the dough used is alkaline.