Who is Becky G?

Becky G is an American singer, rapper and songwriter whose birth name is Rebecca Marie Gomez. She has been involved in the singing field since her childhood days. She used YouTube effectively to put up videos that showcased her talents and brought her recognition. Becky has faced many struggles acute financial crisis in her life to reach this place at present. She first gained recognition in 2011 when she began posting videos of herself covering popular songs online. Her official debut single, ‘Becky from the Block’ in 2013 received a positive reception upon its release. 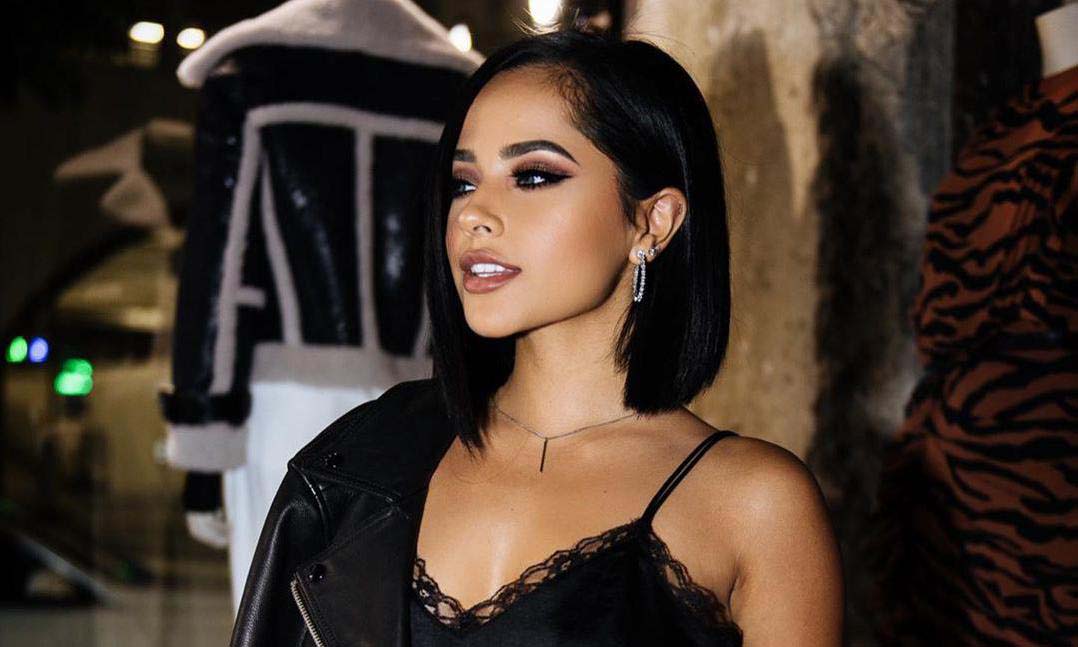 Becky G was born on March 2, 1997, in Inglewood, California. She was born to father Alejandra and to her mother Francisco Gomez. Becky has two brothers, and a younger sister named Frankie Gomez, Alex Gomez and Stephanie Gomez. She was just nine years old when her family lost her house due to financial problem. She is currently 23 years old with a Pisces sun sign.

Becky G holds an American nationality and is of Mexican descent. Besides this, she stands 5 feet and 1 inch (1.55m/155cm) tall and weighs around 50 kg (110lbs). Her body measurements are 32-25-35 inches respectively. She has a pair of dark brown coloured eyes with black hair colour complimenting her voluptuous body figure.

Becky G began working in part-time jobs when she was young to support her family. She went to public school but switched to homeschooling after being bullied at school. When she was 11 she started writing her songs and recording them on GarageBand.

Becky G is in relationship with Sebastian Lletget who is a professional soccer player from 2016. 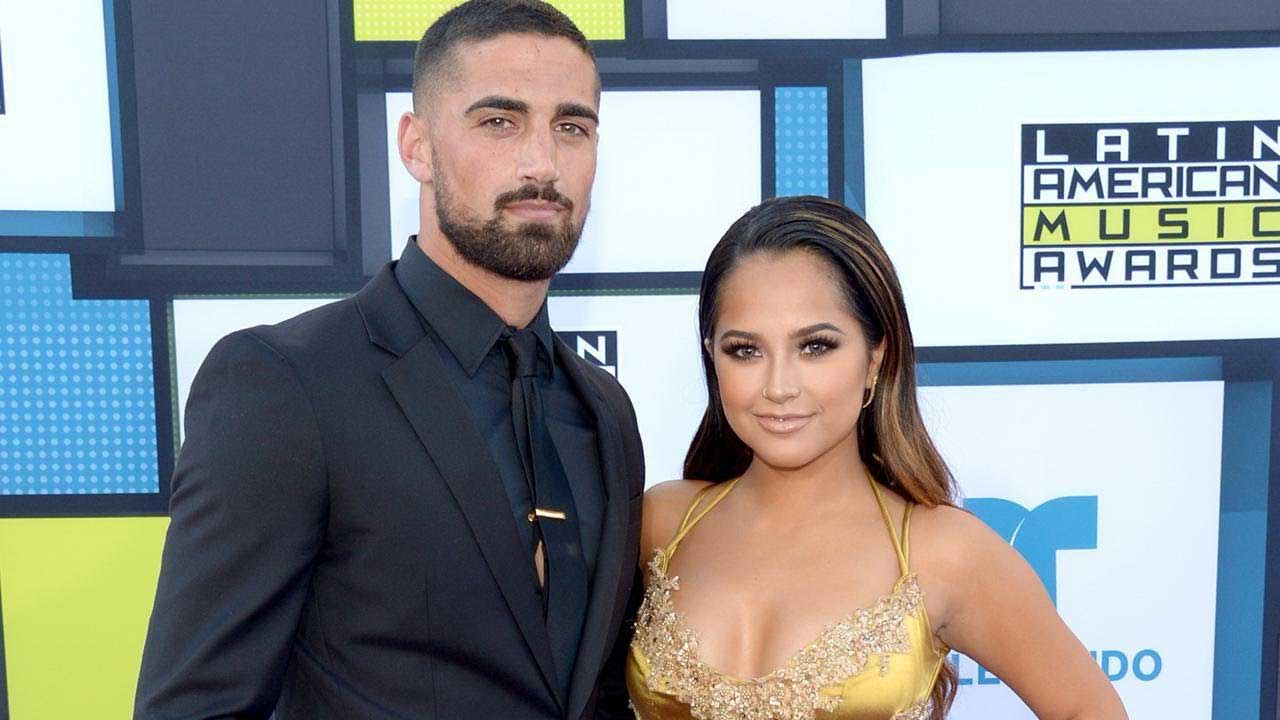 Becky G was interested in singing and writing her songs. She worked with the production duo The Jam-Mike Mani and Jordan Oxley on three songs: ‘Otis,’ ‘Lighters’ and ‘Novacane’ when she was only thirteen years old. Till she was eighteen she attracted so much attention with her work that ‘Seventeen Prom’ and ‘Latina’ magazine featured her on their cover. While working for her debut album, she released her first song from the album named ‘Problem.’ She was also featured on Cody Simpson’s song ‘Wish U Were Here’ in 2012. She then released the song ‘Oath’ from her album which was a chart on the Billboard Hot 100.

Likewise in 2013, she released her ‘Becky from the Block’ and the song ‘Play It Again.’ She then released ‘Shower’ in 2014 as the initial lead single from her then-upcoming English debut studio album. This song ranked at top twenty in the Billboard Hot 100 chart. This song received immensely positive feedback and response from the listeners. It also received a multi-platinum certification from the Recording Industry Association of America (RIAA), denoting two million units sold in the country. She then released another song, ‘Break a Sweat’ in the same year from her album. She also appeared as Valentina Galindo in two episodes of ‘Empire’ adding the singles ‘Do It’ and ‘New, New’ the same year. 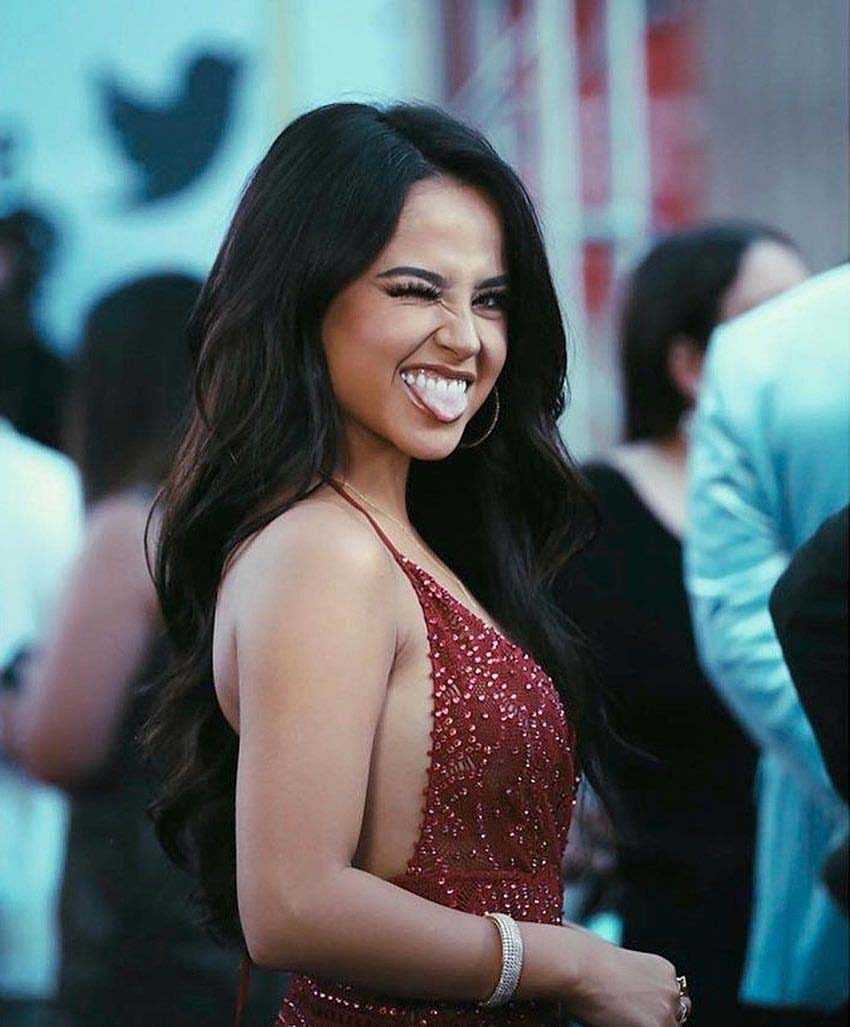 Becky G was cast in the film ‘Power Rangers’ in 2016 as Trini. She travelled a lot of places while filming. Becky released the single ‘Sola’ in 2017, 7 October. The song achieved success on Spanish radio, reaching number twenty-four on the Latin Pop Songs chart in the United States. She then featured in Spanish song of English version ‘Si Una Vez.’ Then, she debuted with the film ‘Power Ranger’. After that, she collaborated with Argentine singer Axel, on the single ‘Que Nos Animemos’ from his album Ser. Moreover, she also collaborated with Lindsey Stirling as the featured vocalist on the track ‘Christmas C’mon’ from Stirling’s Christmas album.

Furthermore, on 2018 duo Mau y Ricky released ‘Mad Love’ featuring Becky. On August 16, she and Grace released a remix of ‘Diganle’, featuring Latin boy band CNCO. Alongside singing career, she also appeared in a sci-fi adventure film ‘A.X.L.’, a box office flop. She then starred in the lead role in the animated fantasy film ‘Gnome Alone’, alongside Josh Peck, released in April 2018. On December 5 she also released her makeup collection called Salvaje with cosmetics brand ColourPop.

Becky G being excellent in singing has been honoured with several awards. She received Latin American Music Awards in 2016, 2018 and 2019. Similarly, she has also won the Premios Juventud Award in 2016.

Becky G is a famous singer and a songwriter known worldwide. As of 2020, her net worth is estimated to be $4 million.