Who is Ben Carson?

Ben Carson is a big name in politics. He has gained name serving the government. Ben is known as a politician, and a public servant, along with being an author and former neurosurgeon. Since March 2, 2017, he is presently working as the head of the United States Department of Housing and Urban Development. He has been active in the political party since 1981 entering the Republican Party. In 2016, he also became a nominee for President of the United States.

Furthermore, Ben is among the respected doctors in the world. In 1980, he separated conjoined twins doing surgery, which became the major international headlines and a primary revolution in the field of neurosurgery. At the age of 33, he became the director of pediatric neurosurgery at John Hopkins Hospital.

Ben Carson was born on September 18, 1951, with the name Benjamin Solomon Carson Sr., in Detroit, Michigan, US. He was born to his father Robert Solomon Carson r., and his mother Sonya Carson. Robert served as a US Army veteran in World War II, and also was a Baptist minister. Ben grew up along with his older brother, Curtis Carson, born in 1949. He has the star sign of Virgo. Furthermore, Ben holds an American nationality.

Moreover, Ben married Lacena “Candy” Rustin in 1971. Also, the couple has three sons together; Rhoeyce, Benjamin Jr., and Murray. Besides, in 2002, he had also been diagnosed with prostate cancer and had been operated for two hours at John Hopkins Hospital. 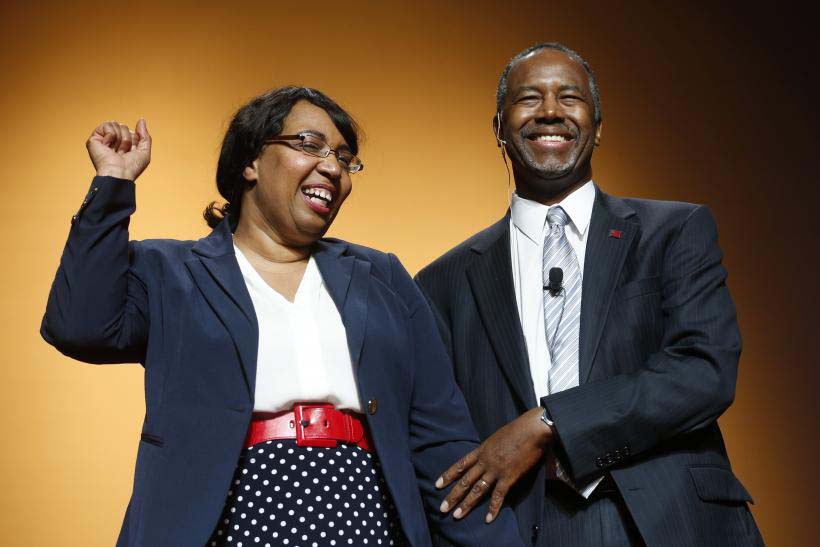 When Ben’s parents tied a knot, his father was 28 and her mother was just 13. However, when Ben reached eight years old, his father left his mother and them on themself, as he already had his first marriage. Though her mother at a young age, she struggled to fed her sons. His mother’s determination influenced her children as she taught nothing is impossible.

In early age, Ben thought of becoming a doctor. When his family went for medical care, they waited for hours to be seen by the doctors. Since then he had the aim of being “Dr. Ben Carson”.

Besides, while in school, Ben along with his brother faced many difficulties. Ben never became a good student, also, he became recognized as the dumbest student in the fifth grade. Then, Sonya became worried for her sons, she minimized their TV time and also did not allow them to play outside before finishing their homework. Likewise, she constrained them to read two books a week. Though earlier Ben did not like to read, later his interest grew on reading more books. He started thinking from a different point of view. Soon, he became a topper in grade eight.

Eventually, he certified from Southwestern High School, as a bright student, and also earned a scholarship at Yale University. In 1973, he certified from the university with a BA degree in psychology. Then, he joined the University of Michigan and he chose to be a neurosurgeon. Also, specializing in the subject, he gained his MD. 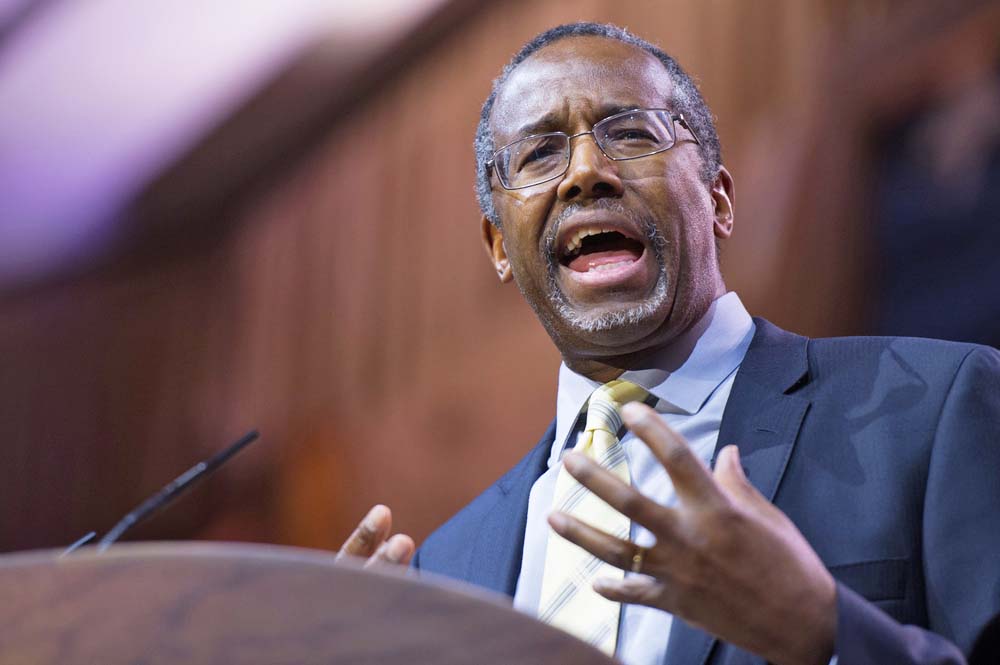 How he gained fame as Dr. Ben Carson?

After he graduated from medical school, he worked as an intern at Johns Hopkins University in 1977. Subsequently, he became called up in Sir Charles Gairdner Hospital in Australia. During his time in the hospital, he gained experience as well as developed his skills, which became important in his later life. Meanwhile, in 1984, he returned to Johns Hopkins and after a year, he became the director of pediatric neurosurgery. Besides, he became the youngest US physician to hold the position as he was 33 years old.

Ben gained international fame after he performed surgery to separated two 7 moths of old craniopagus twins. He accomplished the surgery in Germany in 1987, of the twins Patrick and Benjamin Binder whose back of the head joined. Though the babies suffered some brain damage, the operation became the first successful procedure, which will be remembered in history. The surgery initiated after months of rehearsals.

Meanwhile, in 1994, he became called up in South Africa to separate another conjoined twin, Makwaeba twins. Sadly, having a full effort, the operation became unsuccessful as both the girls died. Later, in 1997, he received an invitation to Zambia with his team for separating Luka and Joseph Banda. The operation was the most difficult, as they were joined at the tops of their heads, facing in opposite direction. The surgery became successful, operating for 28 hours. Also, the boys had no brain damage.

Subsequently, in 2003, he received an invitation for separating adult conjoined twins. The 29 years old, Laden and Laleh Bijani were joined at the head. The adult surgery had never been performed until the date as the outcomes could have been dangerous. However, as the woman became ready for the surgery, Ben along with a team of more than 100 surgeons, specialists, and assistants decided to proceed with the surgery. The team operated for 52 hours, but sadly as the operation became difficult than they imagined, both the women died briefly after the surgery. 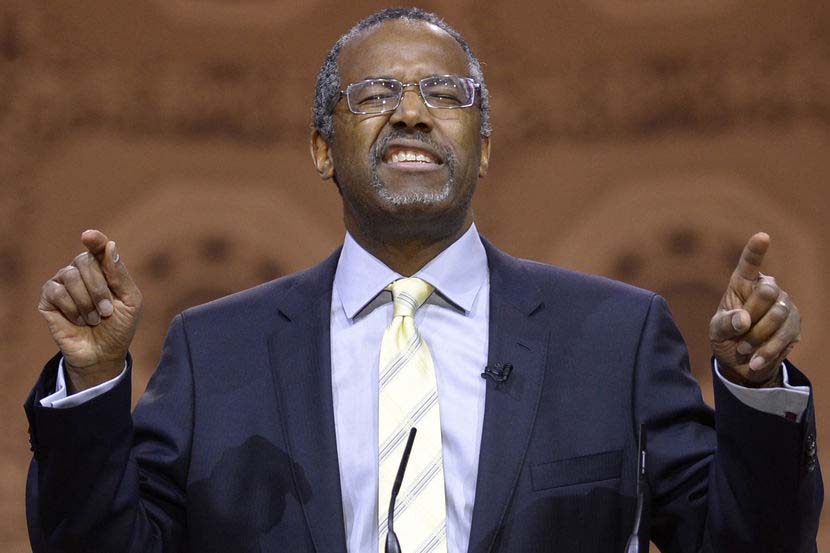 In the last month of 2016, Trump declared Carson as a nominee as the secretary of the Department of Housing and Urban Development (HUD). On March 2, 2017, he won the position by 58-41 votes. His first year in the office went smoothly. In 2018, the former chief administrative officer filed a complaint against HUD. The chief administrative stated, she declined to assign funds for a costly renovation of Carson’s office counting $31 thousand dining room set, for which she had been relegated.

Moreover, the allegation disturbed the HUD, along with Carson’s inability to influence the president. Also, this canceled his planned projects. He describes these things to be more complex than brain surgery. In March 2019, Ben Carson said shared to Newsmax TV that he is planning to resign the HUD position at the closure of President Trump’s first term.

Hailey Rhode Bieber - A Professional American Model as well as A Television Personality
Laurent Duvernay Tardif - A Competitive Football Player Representing Kansas City Chiefs in The NFL S...
Donald Trump - The 45th and Ongoing President of The US Who is Handling The Presidency Since 2016 AD
Andrew Mangiapane - A Canadian Competitive Ice Hockey Forward Representing Calgary Flames in The NHL...
Debi Mazar - A Professional Actress and Television Personality, Wife of an Entrepreneur, Cook and Te...
Jeffrey Epstein - An American Financier and Convicted Sex Offender
Rich Attonito - An American Mixed Martial Artist, Division I Wrestler at Hofstra and Competes in The...
Kurt Iswareinko
Mel Tucker - A Professional American Football Coach and The Head Coach of The University of Colorado
Ed Markey - A Successful Politician, Working for Several Sectors, Who Has Been a Representative of T...