Brian Hoyer – A Professional Football Player, Representing New England Patriots in The NFL, Who Entered into NFL by The 2009 NFL Draft

Who is Brian Hoyer?

Brian Hoyer is a big name in the entertainment and football industry. He is a professional football player who currently plays for the team New England Patriots. The New England Patriots belong to the National Football League (NFL). Furthermore, he played with the team Indianapolis Colts for a while. 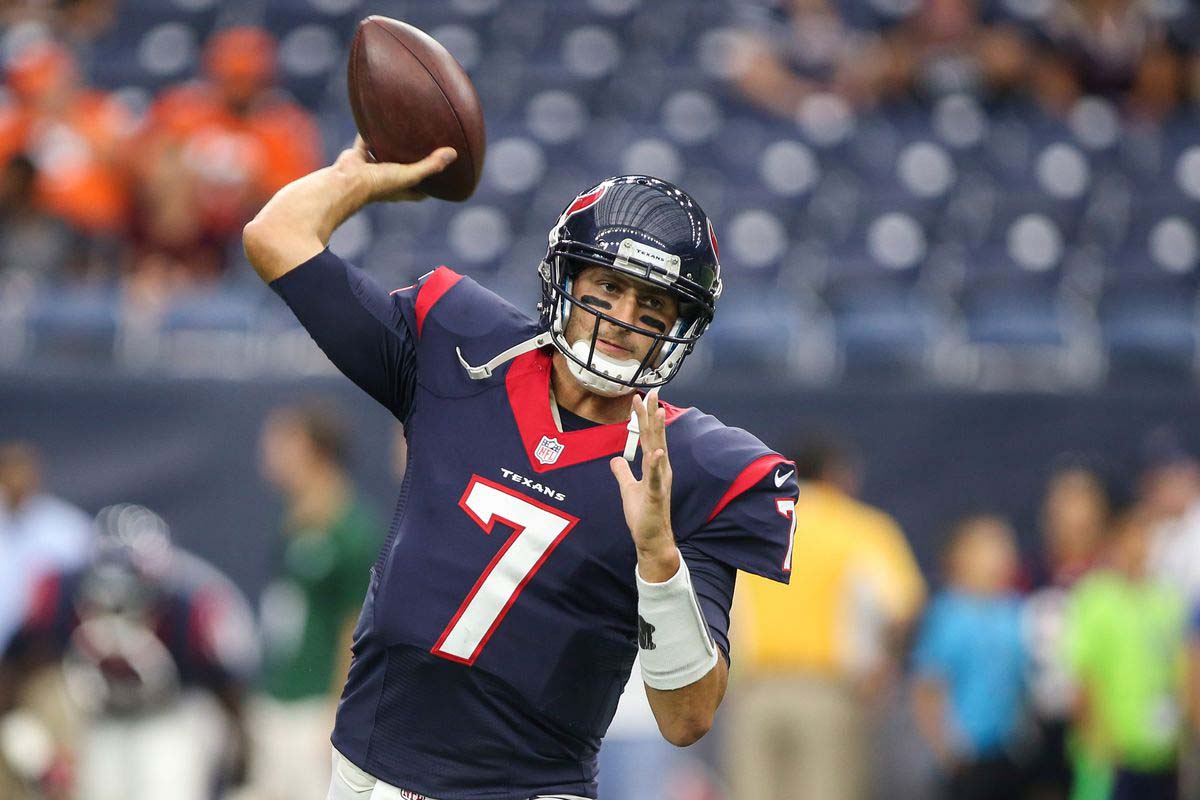 Brian Hoyer was born on the 13th of October, 1985 under the name Brian Axel Hoyer in Lakewood, Ohio. He is the son of Axel Hoyer and Julie Hoyer. More details about his parents are unknown. Furthermore, he has two brothers named Brett Hoyer and Matt Hoyer. Currently, he is 34-years old.

Brian’s zodiac sign is Libra. he belongs to white Caucasian ethnicity and has American citizenship.

Hoyer attended the St.Ignatius high school in Cleveland, Ohio for primary education. He later attended Michigan State College from 2005 till 2008.

Brian is a married man. He is married to Lauren Scrivens. He met Scrivens in high school and the couple is strongly together ever since. The couple has two children together; one son named Garett Hoyer and one daughter named Cameron Hoyer. 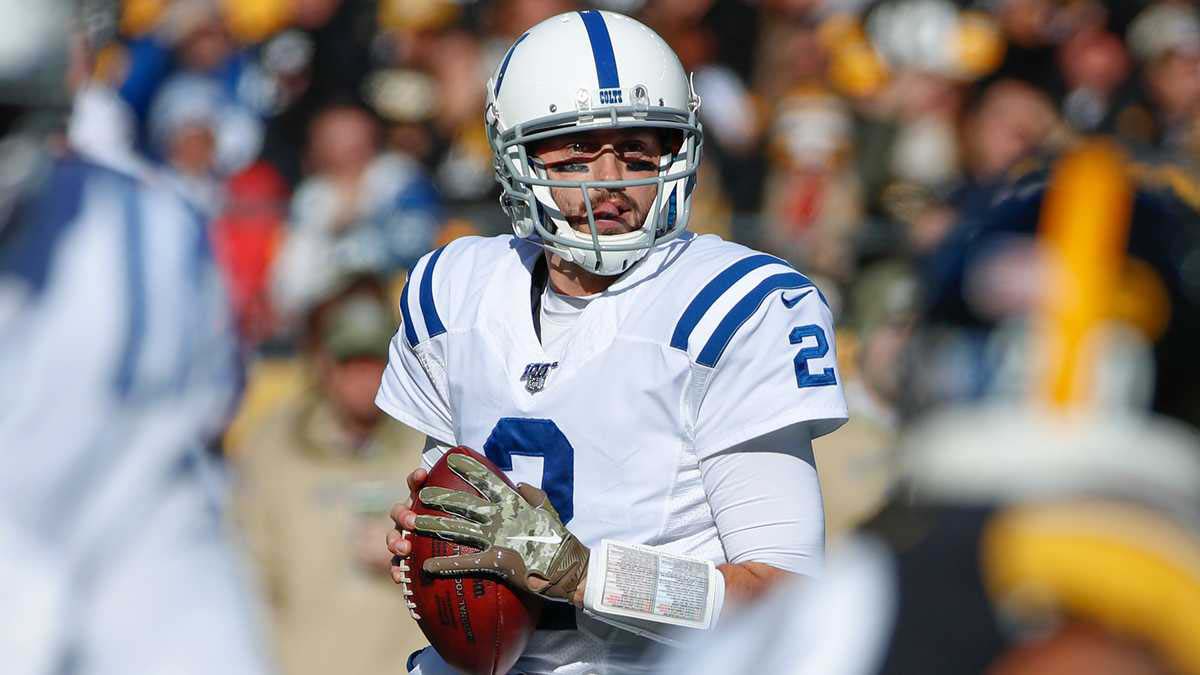 The Early Career of Brian Hoyer

During high school, Brian played both baseball and football for his high school. He then attended Michigan State University and played football for the college team. In 2005, he played a total of 5 games and completed 15 of the 23 attempted passes. Furthermore, he recorded 167 passing yards and 2 touchdowns. in the 2006 season, Brian played a total of 8 games for his university.

The team Arizona Cardinals claimed Hoyer on waivers on the 10th of December, 2012. He played a total of 2 games for the team that year and started one of the games. Furthermore, he completed 30 of the 53 attempted passes and recorded 330 yards with 1 touchdown. 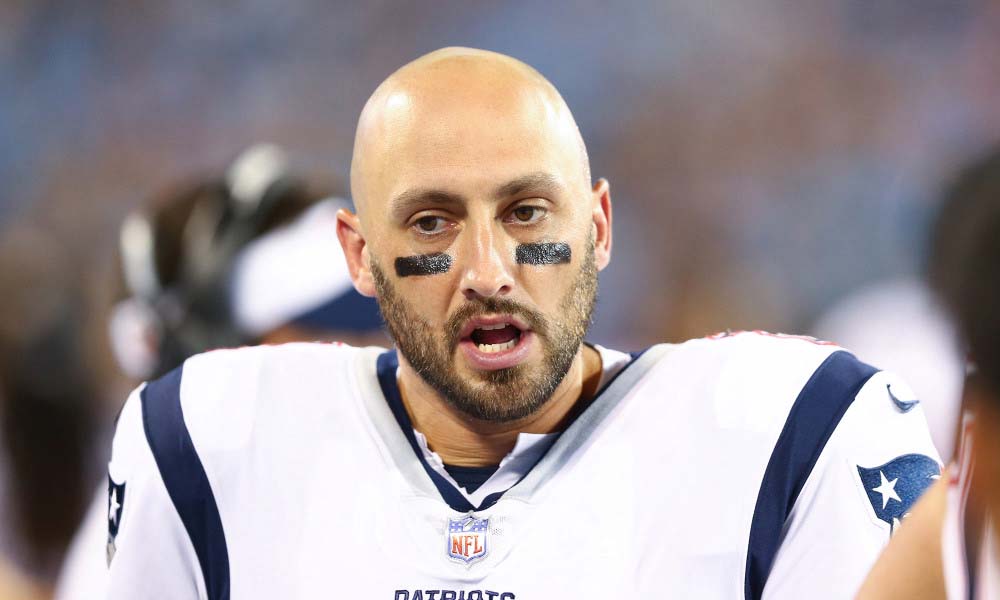 After his contract with the Cleveland Browns expired, he signed with the team Houston Texans for a two-year deal that was worth $10.5 million in 2015. In the 2015 season, he played a total of 11 games and started 9 of the games with 224 completed passes out of the attempted 369 attempted passes. He recorded a total of 2606 yards with 19 touchdowns.

Hoyer then signed a one year deal with the team Chicago Bears that was worth $2 million on the 30th of April, 2016. With this team, he played a total of 6 games and started 5 of the games. Furthermore, he recorded a total of 1445 yards with 6 touchdowns.

Brian then signed with the team San Francisco 49ers for a two-year contract on the 9th of March, 2017. He then played a total of 6 games and started all of the 6 games in 2017 for the team with 119 completed passes of the attempted 205 passes. He also recorded 1245 yards with 4 touchdowns.

Hoyer then signed a three-year deal with the football team Indianapolis Colts on the 2nd of September, 2019. The contract was worth $12 million. He played a total of 3 games in 2019 with 35 passes completed out of 65 passes.

Brian is a big name in the football industry with more than 10 years of professional career experience in the field. His net worth is estimated to be around $17 million.

Alicia Keys – An American Singer, Songwriter as well as TV Actress, Gained Popularity after Her Debut Album “Song In a Mirror”, Who Started Her Professional Career in 2001

Alicia Keys - An American Singer, Songwriter as well as TV Actress, Gained Popularity after Her Debut Album "Song In a Mirror", Who Started Her Professional Career in 2001