Who is Brittany Snow?

Brittany Snow is an American actress, producer, director, and singer. She gained her recognition after her appearance in ‘Guiding Light,’ which is the CBS series from 1998 to 2001. She also won a Young Artist Award for her performance. Snow is famously known worldwide for her role as Chloe Beale in ‘Pitch Perfect.’ Along with acting, she also opened her own production company in 2015. She is also the co-founder of Love is a Louder movement, which is a project by the not-for-profit Jed Foundation, dedicated to stopping bullying in schools. 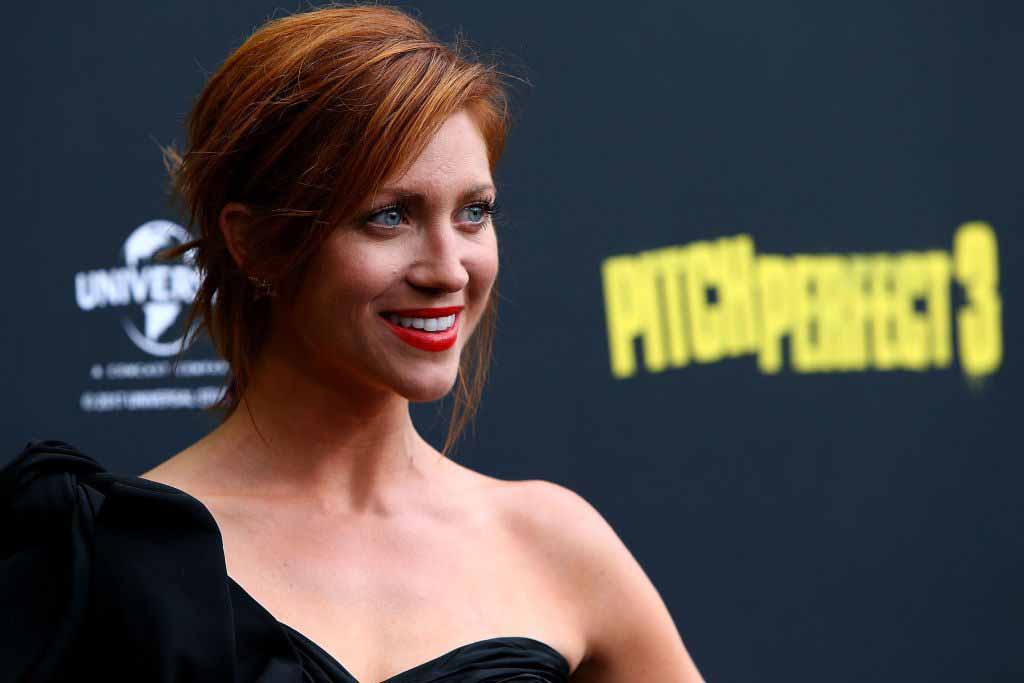 Brittany Snow was born on March 9, 1986, in Tampa, Florida. Her father is John Snow, and her mother is Cinda. She has two siblings, one brother, one sister named John Jr. and Holly. She is currently 34 years old with a Pisces sun sign.

Brittany Snow holds an American nationality and follows Christianity. Besides, she has a slim body type. She stands 5 Feet and 4 Inches (1.63m/ 163cm) tall and weighs 58 kg (128 lbs.) Her body measures 36-25-34 inches. She has a pair of blue colored eyes, and blonde hair color made her look even more beautiful.

Brittany Snow previously had been in a relationship with musician William Tell, Ryan Rottman, Josh Henderson and Michael Johnson, and Evan Ross. On February 19, 2019, she engaged with Tyler Stanaland and married him on March 14, 2020, in Malibu. 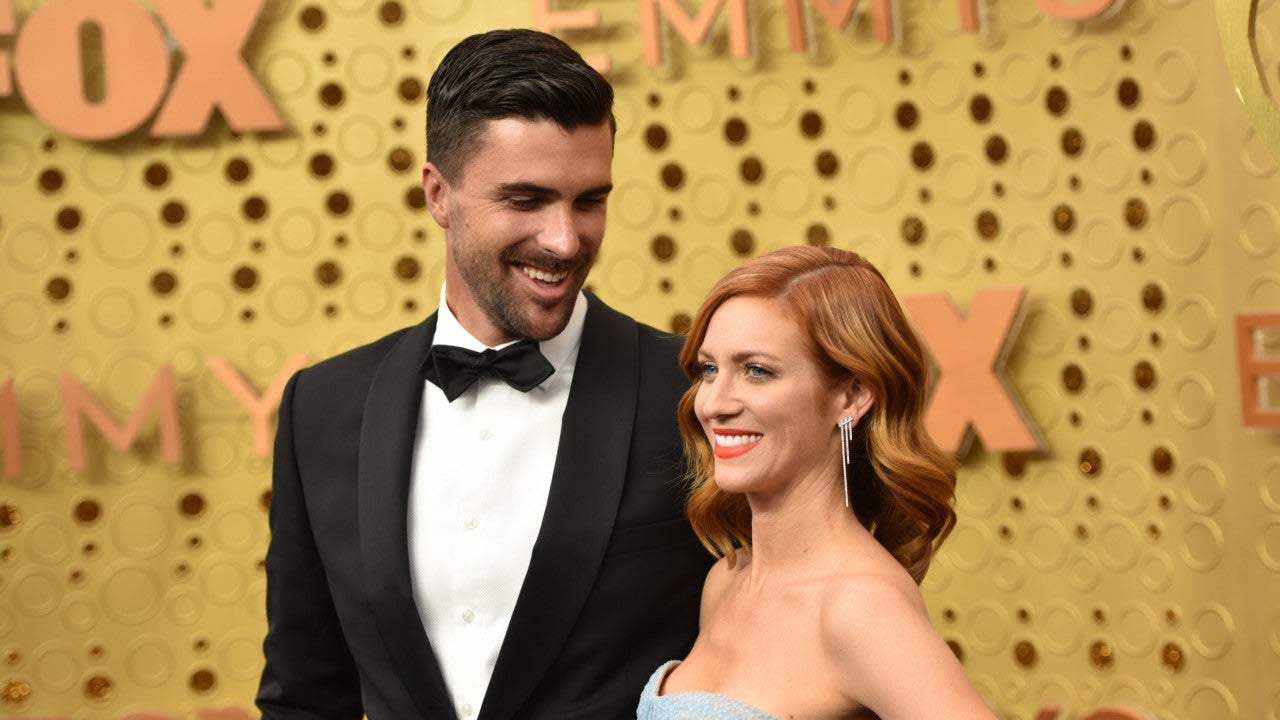 Brittany Snow is active on her social media accounts. Her Instagram (@brittanysnow) has 2.7 million followers, and her Twitter handle (@BrittanySnow) has 708.1 thousand followers. She also has an official Facebook page, where she has more than 270 thousand followers and likes.

Brittany Snow started her filmy career in 1995, where she did ‘Whisper of the Heart’ as Shizuku. After appearing in TV shows for a few years, she again played in films. In 2004, she was featured in the movie ‘The Manchurian Candidate’ as Marcia; the following year, she appeared in ‘The Pacifiers’. The 2007 movie ‘Hairspray’ received critical acclaim where she portrayed as Amber Von tussle.

Likewise, in 2008 she appeared in three movies, ‘Finding Amanda’, where she played the leading role of Amanda, ‘Prom Night’, and ‘Streak’. Brittany came into limelight when she did ‘Pitch Perfect’ in 2012 as Chloe Beale. This is a musical comedy film directed by Jason Moore and written by Kay Cannon. It starred actors such as Anna Kendrick, Skylar Astin, Anna Camp, Alexis Knapp, and Ester Dean. The film was a huge success commercially, earning around $115 on a budget of $17 million. The same, she also acted as Iris in ‘Would You Rather’ in which she was an executive producer.

Similarly, in 2015 she reprised her role from the sequel as Chole Beale in ‘Pitch Perfect 2.’ She also appeared in ‘The Late Bloomer’ in 2016 and ‘Hangman’ as Christi Davies in 2017. She again played in the sequel film ‘Pitch Perfect 3’, where she played her old role. Her recent films are ‘Someone Great’ in 2019 and ‘Ben Platt: Live from Radio City Music Hall’ in 2020, which is a concert film.

Brittany got a big break in her career in 1998 with the daytime soap opera ‘Guiding Light’, where she played the role of Susan Daisy Lemay, which was aired on CBS television from 1998 to 2002. This led her to win the Young Artist Award for Best Young Actress. Later, Brittany acted in another drama series called ‘American Dreams’ in 2002, which broadcasted on the NBC network, where she portrayed Meg Pryor. 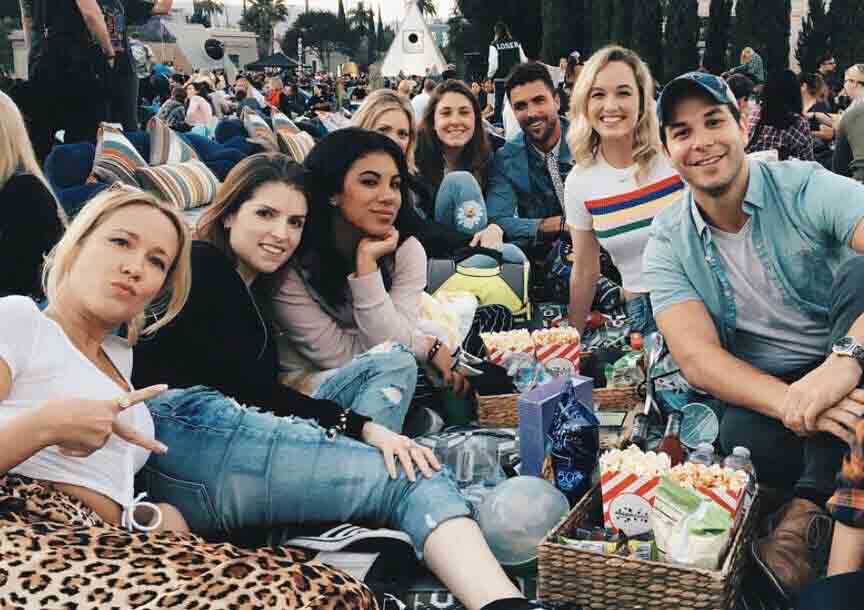 Likewise, she had a recurring role as Ariel in the 2005 series ‘Nip/Truck.’ She also featured in an episode of ‘Gossip Girl’ in 2009 as Young Lily Rhodes. In 2011, she was seen in the leading role as Jenna Backstrom in ‘Harry’s Law’ which is a legal comedy-drama TV series created by David R. Kelly and ran for two seasons. She featured in the television film of 2012 ‘Call Me Crazy: A Five Film’ where she portrayed Lucy.

Apart from acting, she also directed and wrote a short film in 2019 named ‘Milkshake.’ She also appeared in music videos of 2006 ‘The Phrase That Pays’, ‘Fire Escapes’ in 2009, and many more. Brittany has also graced the cover of various magazines like Cosmo Girl, Teen, Maxim, Entertainment Weekly, People, YM Prom, and Miami Living. She also walked in the runway for the Just Dance Fashion show on September 12, 2013.

Brittany Snow is a popular actress who gained her name and fame along with money in the entertainment industry. As of 2020, she has a net worth of $9 million.