Who is Bruce Buffer?

Bruce Buffer is an American announcer who currently works as an Octagon announcer for UFC events. He is also a former kickboxer and a professional mixed martial arts ring announcer. He also owned his company named ‘The Buffer Partnership,’ where he is also the CEO and President. Bruce’s strong attitude and bold personality made him very competent and experienced with his hosting skills. Apart from UFC announcements, he also hosts various television shows and is also a radio presenter. Talking about his kickboxing days, he holds a black belt in karate based Korean martial art named Tang Soo Doo. But due to his health issues, he has to leave his kickboxing. At present, he is totally focusing on his company and as a UFC event announcer. 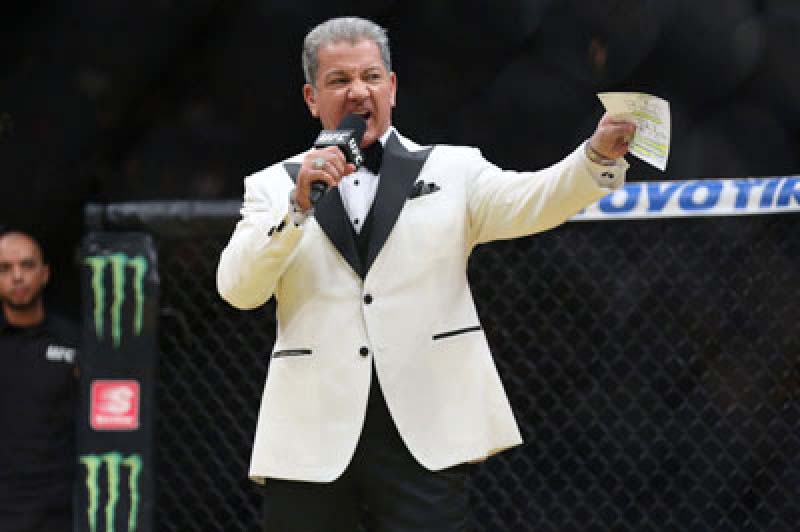 Bruce Buffer was born as Bruce Anthony Buffer on May 21, 1957, in Tulsa, Oklahoma, United States. He is the eldest child born to father Joe Buffer and to mother Connie Buffer. He grew along with his half-brother named Michael Buffer, an announcer of boxing and professional wrestling. Bruce is currently 63 years old with a Taurus star sign.

Bruce Buffer holds an American nationality. Besides, he has an average body type. He stands 5 feet and 11 inches (180cm/1.80m) tall and weighs around 91kg (200lbs). He has a pair of dark brown colored eyes and greyish-white hair color.

Bruce Buffer started taking training classes in martial class when he was thirteen years old. He was a trained judo player who has received a green belt. At the age of fifteen, he and his family moved to Malibu in California, where he came to know about Tang Soo Doo. He is also a black belt holder in that karate art. Moreover, he also tried kickboxing but had to get retired from it due to his health issues. 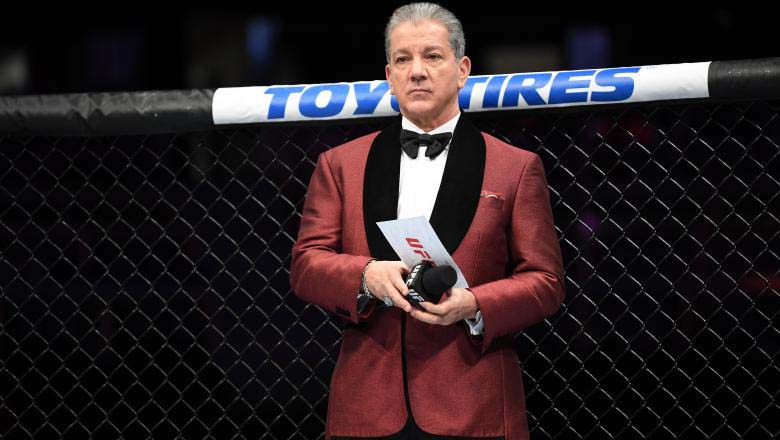 Bruce Buffer was in his thirties when he got retired from kickboxing. He then met his half-brother, Michael, with whom he partnered ship eventually established a company. Since Michael is also a ring announcer, he made Bruce his agent/manager. After they launched their company, Bruce became the CEO and President of the Company.

Bruce is also known as the Veteran voice of the Octagon in the ring. He first became an MMA ringer announcer for UFC and became popular by reciting his famous catchphrase, ‘It’s Time.’ He also has his own signature move, which makes his audience excited, called ‘Buffer 180.’ He also performed his 45, 90, and 360 degrees. Moreover, Bruce is also an official announcer for the World Series of Beer Pong. Along with that, he is also a radio presenter and a television host.

Apart from working as an announcer, Bruce has also appeared in the acting field. He has appeared as a guest appearance in various TV sitcoms like ‘Friends,’ ‘Entourage,e’ and ‘Comedy Central.’ Likewise, he has also served as an actor and producer in films like ‘Here Comes the Boom’ in 2012, ‘Hot Tube time Machine 2’ in 2015, and ‘Holmes and Watson’ in 2018. Furthermore, he is also the author of the book named ‘It’s Time! My 360-Degree View of the UFC.’ Bruce is also a famous poker player worldwide and has been seen in several poker games and events. 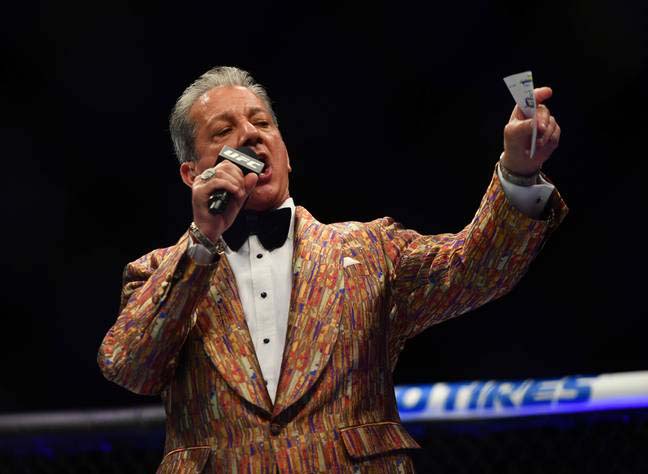 Bruce Buffer is currently single as he is a divorcee. He married Annie Buffer, and this couple was blessed with a boy named Dougie Buffer. Sadly, they separated in 2015.

Bruce Buffer earns from his events as an announcer. His net worth as of 2020 is approximately $12 million.