Carrie Coon is an American actress who has enthusiastically worked in the entertainment field since 2006 to date. It has been around 14 years since she started working in this field, and she is currently one of the celebrated faces in the industry. She initially started her acting career at the theatres, where she performed various plays. Likewise, she professionally started her theatre play at the American Players Theatre and then enrolled at other theatres like Remy Bumppo Theatre, Goodman Theatre, etc.

Talking about her movies and series, she is well-known for her role in the black comedy-drama series ‘Fargo,’ where she played the role of Gloria Burgle. Moreover, she has also received prestigious nominations and awards for her acting roles. 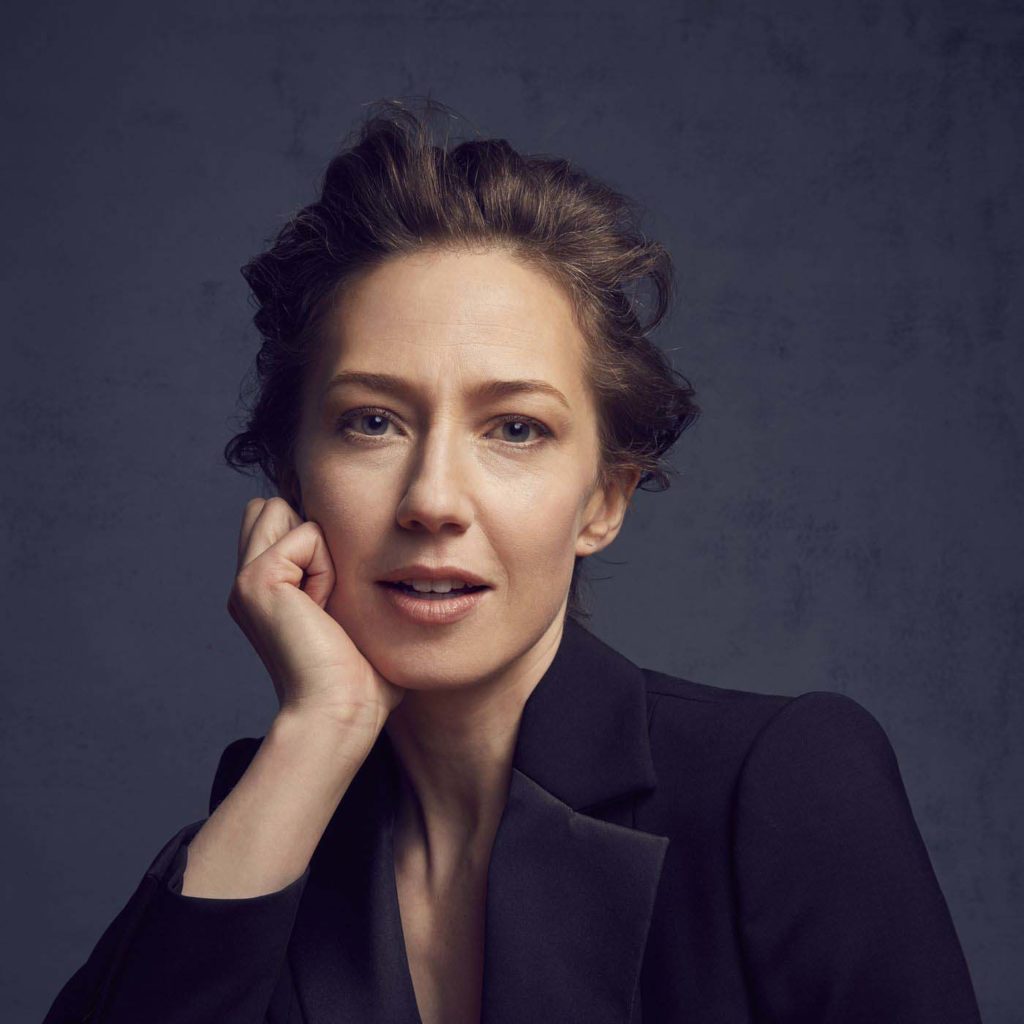 Where was Carrie Coon born?

Carrie Coon’s full name is Carrie Alexandra Coon, born on 24 January 1981 in Copley, Ohio, United States. Her father is John Coon, and her mother is Paula (née Ploenes). She was one of the middle children of her parents, who grew alongside her older sister, older brother, and two younger brothers. Additionally, she is currently 40 years old with an Aquarius star sign.

What are Carrie’s educational details?

Carrie Coon completed her high schooling at Copley High School in 1999. She then attended the University of Mount Union, received a BA in English and Spanish, and graduated in 2003. Moreover, she also enrolled at the University of Wisconsin–Madison and received her MFA in Acting in 2006.

What is Carrie Coon’s distinctive feature?

Carrie Coon holds an American nationality, and as per his ethnicity, she is White, having German, English, French, Slovak, and Hungarian descent.

Who is Carrie Coon’s dating?

Carrie Coon tied a knot with actor and playwright Tracy Letts in 2013. This couple is blessed with a son named Haskell Letts, born on 13 March 2018. 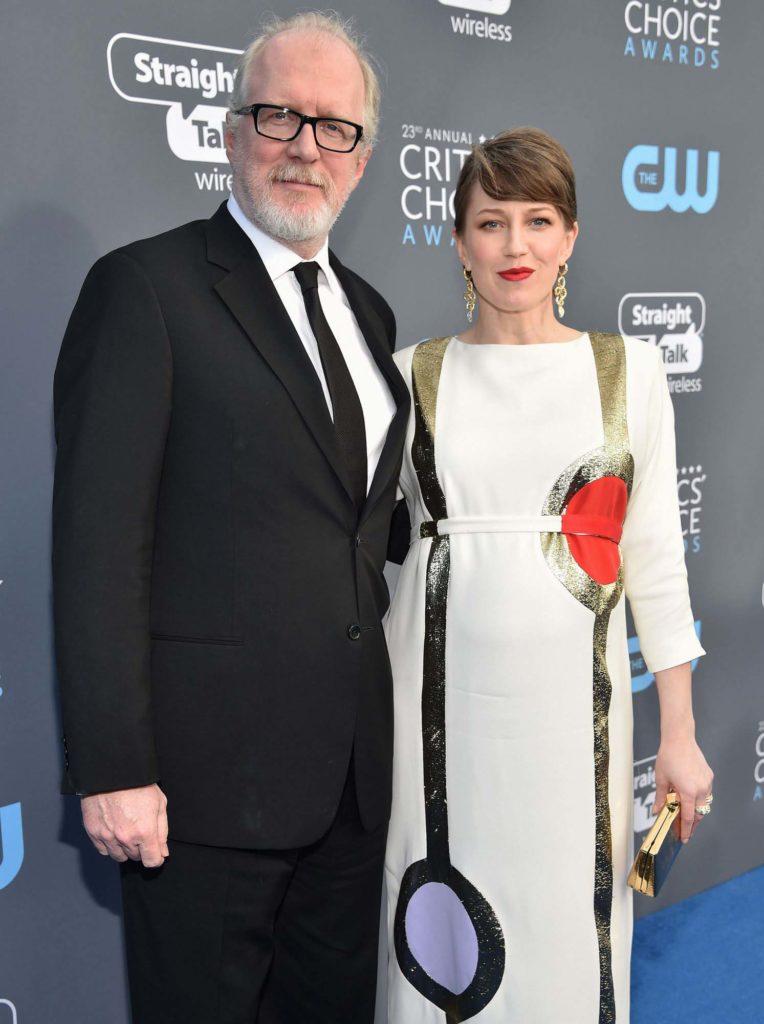 How did Carrie Coon begin her career?

Carrie worked in the theatres and began her acting career on the stage. Following her graduation, Coon started working at the American Players Theatre, and she worked with them for four seasons. Her first play was ‘Romeo and Juliet’ in 2006, and she also landed her roles in ‘The Matchmaker’ and ‘Measure for Measure’ the same year. Her last play for them was ‘The Belle’s Stratagem’ in 2008. Likewise, she joined the Goodman Theatre in Chicago, and her debut play was ‘Magnolia’ in 2009. After this, she started playing in different theatres like ‘Who’s Afraid of Virginia Woolf?’ in the Steppenwolf Theatre Company in 2010. This stage play made her earn colossal fame.

Carrie Coon landed her debut television role in an episode of ‘The Playboy Club’ in 2011. She then appeared in an episode of ‘ Law & Order: Special Victims Unit’ and ‘Ironside’ in 2013. At this time, she acted hand in hand in series, movies, and stage plays. In 2014, she played in ‘Intelligence’ and in the supernatural mystery drama ‘The Leftovers’, where she had the main role of Nora Durst. This show ran till 2017. Likewise, she then featured in a black comedy-drama series, ‘Fargo’ in 2017 and had a main role in season 3, where she played Gloria Burgle. In season 3, she shared the screen with Ewan McGregor, Mary Elizabeth Winstead, Goran Bogdan, and David Thewlis. Additionally, her last played series is ‘The Sinner’ in 2018, where she played the role of Vera Walker. She is also working on her upcoming series, ‘The Gilded Age,’ where she had the role of Bertha Russell.

Talking about her movies, Carrie landed her debut in the short film ‘One in a Million in 2012. She then appeared as Margo Dunne in ‘Gone Girl’ in 2014 alongside Ben Affleck, Rosamund Pike, Neil Patrick Harris, Tyler Perry, and Kim Dickens. Likewise, she then starred in ‘Strange Weather’ in 2016, ‘The Keeping Hours,’ ‘Izzy Gets the F*CK Across Town,’ and ‘The Post’ in 2017. The next year, she appeared in four movies, including a comedy-drama film, ‘The Legacy of a Whitetail Deer Hunter’ as Linda Ferguson, a superhero film based on Marvel’s production ‘Avengers: Infinity War’ as Proxima Midnight. A science fiction action film ‘Kin’ as Morgan Hunter and a heist thriller film ‘Windows’ as Amanda Nunn. Moreover, she also starred in ‘The Nest’ as Allison O’Hara in 2020. Her upcoming film is ‘Ghostbusters: Afterlife,’ which is working in post-production. 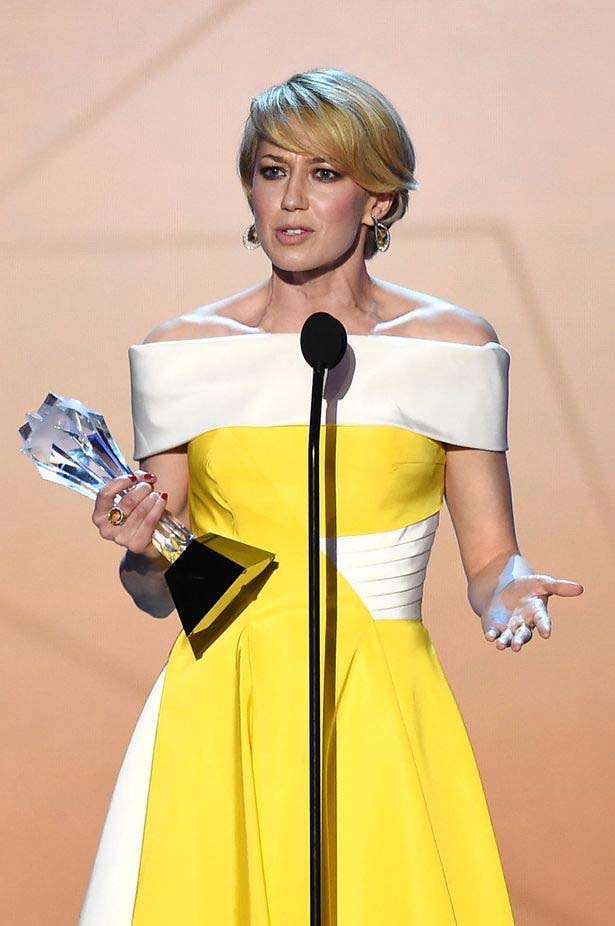 Has Carrie Coon won any awards?

Carrie Coon has won the Theatre World Award for her stage play ‘Who’s Afraid of Virginia Woolf?’ in 2013. She had also won the Critics’ Choice Television Award in 2016 and TCA Award in 2017 for her roles in ‘The Leftovers’ and ‘Fargo.’ Likewise, she has also received the Obie Awards and Lucille Lortel Awards in 2018 for her stage player ‘Mary Jane’ in 2018.

What is the net worth of Carrie Coon?

Carrie Coon earns from her professional career. She has gained popularity and made a handsome amount of money through her acting career. Her estimated net worth as of 2021 is $17 million.