Who is Daisy Ridley?

Daisy Ridley is a British actress who has been involved in the entertainment industry and is popular for her acting roles in TV series and many blockbuster films. Initially, she started her career in acting in TV series as guest roles. Eventually, her perfect acting made her receive main roles. She is popular in the 2015 mega-budget film ‘Star Wars: The Force Awakens’ where she played Rey. Apart from acting, she is also an accomplished singer with Jazz music as her main genre. She also happens to be a trained dancer. She is also a voice actress who has lent her voice to many characters in animation films. Moreover, she has also been featured on many men magazine’s list as one of the most beautiful women in the world. 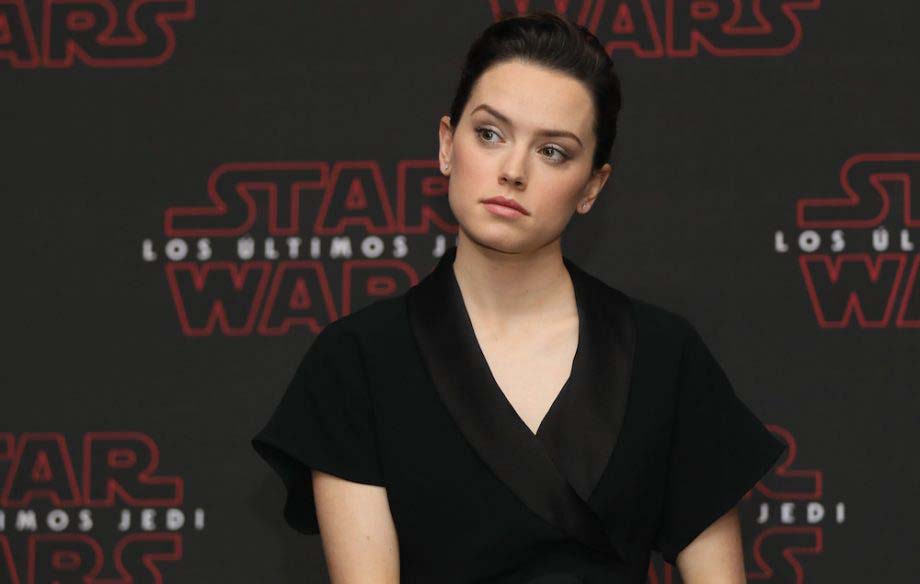 Daisy Jazz Isobel Ridley was born on 10th April 1992, in Westminster, London. She was born the youngest child to father Chris Ridley, who is a photographer, and Louise Ridley, who is a banker. She has two sisters and also two-step half-sisters. Presently, Daisy is 28 years old with Aries sun sign.

Daisy Ridley holds an English/Britain nationality. As per her religion, she is a Christian. Besides this, she stands 5 feet and 7 inches (1.70m/170cm) tall and weighs around 55 kg (121lbs). Her body measurements are 32-23-33 inches respectively. She has a pair of light brown colored eyes with dark brown hair color complimenting her hourglass body figure.

Daisy Ridley was always fascinated by acting when she was a kid. She used to watch a lot of movies. Also, she enacted in front of her parents. She won a scholarship to Tring Park School for the Performing Arts in Hertfordshire, which she attended between the ages of 9 and 18. Also, the actress learned dancing, facial expressions, and acting. Then, she enrolled in the University of London and eventually dropped out to concentrate on her career as an actor. 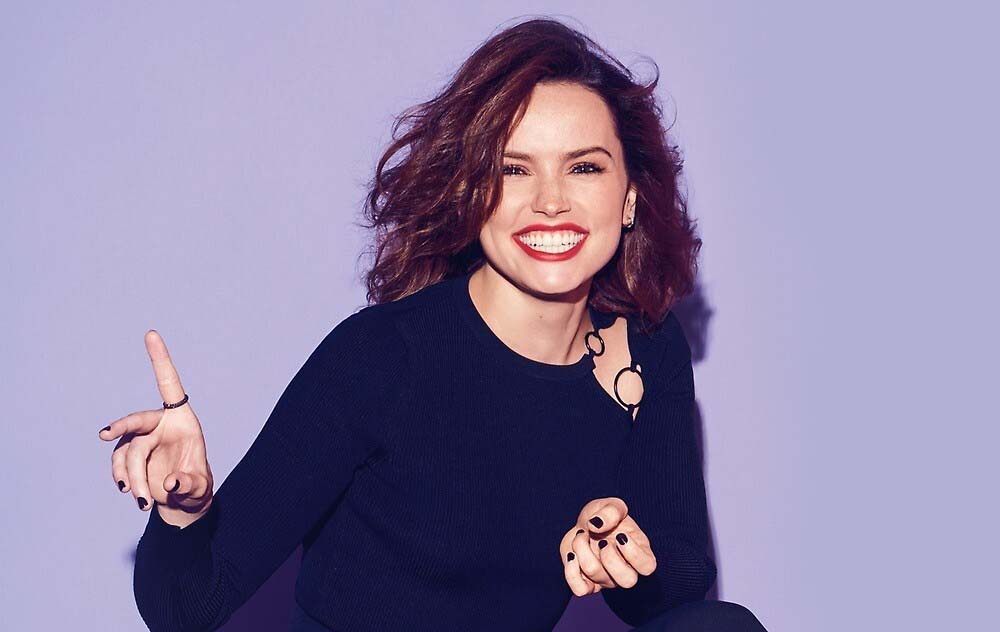 Daisy Ridley stepped into the film industry in 2013 with the debut short film ‘Lifesaver.’ She also did another short film in the same year like ‘Blue Season,’ ‘100% BEEF’ and ‘Crossed Wires.’ She received her breakthrough role in the 2015 American epic space opera film ‘Star Wars: The Force Awakens’ which is the first installment of the Star Wars sequel trilogy. She portrayed the character of Rey who is the main protagonist. The film received positive reviews for its screenplay, direction, acting performances, musical score, visual effects, editing, and action sequences. It grosses over $2 billion worldwide. In 2016, she gave her voice to the character Taeko Okajima in a Japanese animated drama film. The same year, she again lent her voice as a narrator of the film ‘The Eagle Huntress.’

Furthermore, in 2017 she reprised her character of Rey in the second installment of the Star Wars sequel trilogy, ‘Star Wars: The Last Jedi.’ This film also received positive reviews, with praise for its ensemble cast, musical score, visual effects, action sequences, and emotional weight being the second-highest-grossing Star Wars film. The following year she starred in the romantic drama ‘Ophelia’ as the main lead Ophelia. The response from critics was mixed, although Ridley’s performance received acclaim. She also lent her voice in the action computer-animated comedy film ‘Peter Rabbit’ as Cottontail Rabbit. Moreover, in 2019 she again reprised her role of Rey in the third installment of the Star Wars sequel trilogy, ‘Star Wars: The Rise of Skywalker’. It received mixed reviews from critics however the story was also criticized. This was the lowest-grossing installment of the film series.

Daisy Ridley made her small screen appearance in an episode of ‘Casualty’ in a background role. She also appeared in ‘Youngers’ and ‘Toast of London’ the same year. Likewise, in 2014 she played Hannah Kennedy in two episodes of ‘Silent Witness’ and in ‘Mr. Selfridge’ as Roxy Starlet. From 2017 to 2018 she gave her voice to her own character named Rey in the 2D animated web series ‘Star Wars Forces of Destiny’ and in ‘Star Wars Rebels’ respectively. Moreover, in 2020 she appeared as a guest judge in season 12 episode 10 of ‘RuPaul’s Drag Race.’

Daisy Ridley also worked in theatre production. She has played in the musical theatre play ‘The Boy Friend’ as Nancy in 2010 and in 2012 play ‘Dominoes’ as Daisy. She has also featured in a music video named ‘Lights On’ with the artist Wiley in 2013. 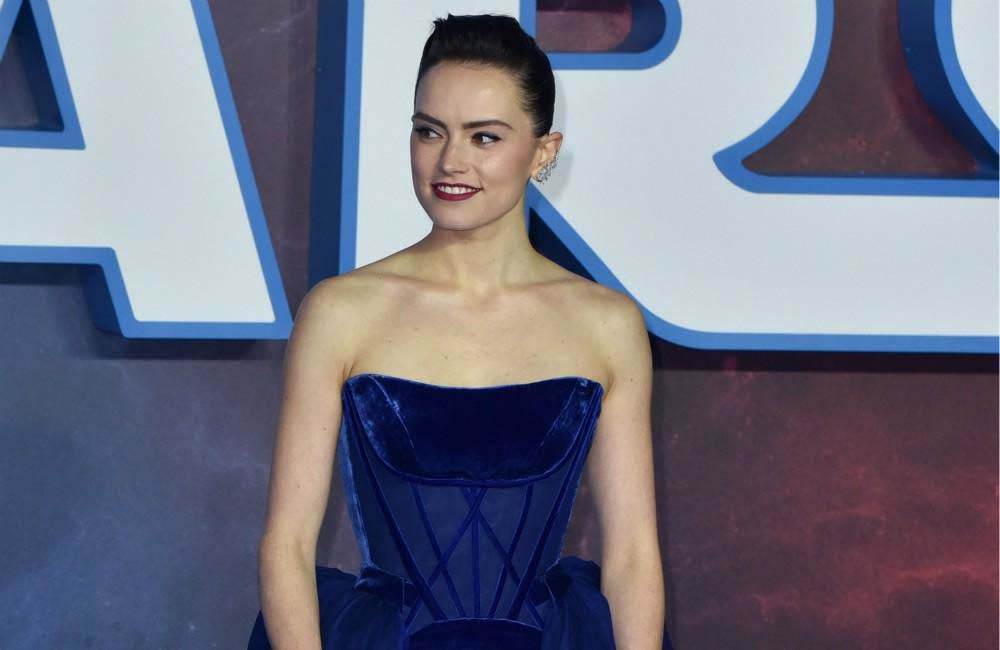 Daisy Ridley is a patient with an ailment called endometriosis. She also went through surgeries when she was fifteen. She previously dated British actor Charlie Hamblett for long period, but the couple later separated. Currently, she is single and unmarried.

Daisy Ridley is not active on her social media platforms and deleted her Instagram account which had more than 2 million followers due to the abuse she received online. She is vowing never to return to social media.

Daisy Ridley has been nominated in 23 awards, winning 6 of them for his contributions and association in the entertainment industry. She has received nominations and won awards mainly for her work in the ‘Star Wars’ film franchise.

Daisy Ridley is an amazing actress who is involved in this entertainment field gaining a massive amount of popularity as well as wealth. She has an estimated net worth of about $6 million as of 2020.