Jan 9, 2022 A Walk Among the Tombstones, Legacies, The Originals

Danielle Rose Russell is an American actress, best known for her supporting roles in movies and TV series. She was at the tender age of 10 when she began modeling. In addition, she did several commercials and advertising. Furthermore, she debuted in 2014 when she was a teenager in the movie ‘A Walk Among the Tombstones.’ She was the daughter of a Russian drug dealer.

After her debut movie, she realized that she has a passion for acting too. Her debut movie’s success helped her earn her second film ‘Aloha’ alongside Bradley Cooper and Emma Stone in 2015. Furthermore, some of her movies in 2016 and 2017 are ‘Pandemic’ and ‘Wonder,’ respectively.

In 2018, she joined the fifth and final season of The CW supernatural drama series ‘The Originals.’ Then, she reprised her role as the lead star in the series ‘Legacies,’ which was the continuity of ‘The Originals.’ She gained huge fame through this series. 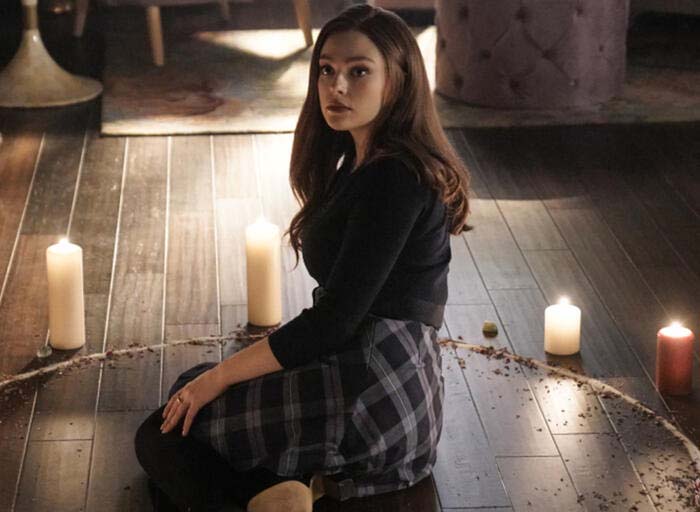 Where was Danielle Rose Russell born?

Danielle Rose Russell was born on Halloween day, 31 October 1999, in Pequannock, New Jersey, U.S.A. She was raised in West Milford. She is the daughter of Ricky Russell, who is a former singer, and Rosemary Rado, who is a former dancer and Rockette. As she already belonged to an artistic family, she too drew towards a creative life. She is currently 21 years old with the star sign Scorpio.

How was Danielle’s early life?

Danielle Rose Russell initially joined Holy Spirit School in West Milford. As she was interested in acting since her kindergarten, she worked in several plays in her school. However, her genuine love for acting was discovered when she performed in the regional theater.

Her mother, a choreographer at the ‘Holy Spirit School,’ also motivated Danielle to achieve her dreams. Then she decided to follow acting seriously and to pursue a career in the entertainment industry. As of 2018, she is finishing high school via online coursework.

How did Danielle Rose Russell start his career?

Danielle Rose Russell made her acting debut when she was a teenager. She appeared in the film ‘A Walk Among the Tombstones’, where Lucia, a teenage girl of 14 years, is the daughter of a Russian drug dealer. Moreover, her performance was hugely appreciated by the whole audience. Her next hit was in 2015 when she did ‘Aloha.’ She shared her screen with Hollywood’s biggest names, such as Bradley Cooper, Rachel McAdams, and Emma Stones.

In 2016, she performed supporting roles in several movies. In addition, she appeared in the film ‘Pandemic’ as Megan and the critically acclaimed American TV series ‘The Last Tycoon’ as Darla Miner. She appeared in six episodes of the TV Series in its first season. Similarly, Danielle again appeared in a critical role as Miranda in the film ‘Wonder,’ also known as ‘Wonder: Auggie’ in 2017.

Furthermore, she shared her screen with some of the industry’s stalwarts, such as Julia Roberts, Owen Wilson, Jacob Tremblay, Izabela Vidovic, Mandy Patinkin, and Daveed Diggs. This film was a critically acclaimed American comedy-drama film based on the 2012 novel by R.J. Palacio.

Danielle Rose, in 2018, played the fifth and the final season of the American TV series ‘The Originals.’ She featured as a teenage girl Hope Mikaelson, a tribrid. She also appeared in the film ‘Measure of a Man’ as Joanie William in 2018. Further down the road in 2018, she got the lead and an essential role in the TV series ‘Legacies,’ a spin-off of ‘The Originals.’ 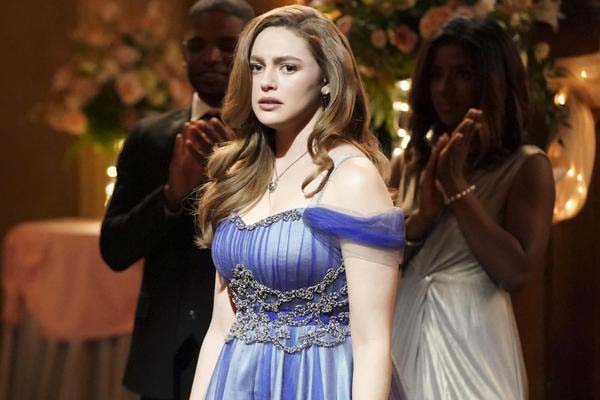 More about Hope Mikaelson in ‘Legacies’

This is a spin-off of ‘The Originals’ and some featured characters of The Vampire Diaries. Danielle plays the lead of a 17 years old teenager named Hope Mikaelson, who is an orphan. Hope attends the Salvatore School for the young and gifted children, where supernatural beings can learn to control their abilities and impulses. Hope is the daughter of Klaus Mikaelson and Hayley Marshall, descended from some of the most powerful vampires, werewolves, and witch bloodlines.

Hope’s character was first introduced in ‘The Originals.’ In the series, Hope is in love with the character, Landon. Another character Alaric Saltzman, the principal of Salvatore School, acts as a father figure to Hope. He often gives her advice and mentors her to step out of her comfort zone.

Alaric has two daughters Josie and Lizzy, the witches who were initially jealous of Hope, but later they became friends with Hope, and now they are like sisters. For her acting, she became nominated for Choice Sci-Fi/ Fantasy TV Actress in 2018 for ‘Legacies.

Who is Danielle Rose Russell dating? 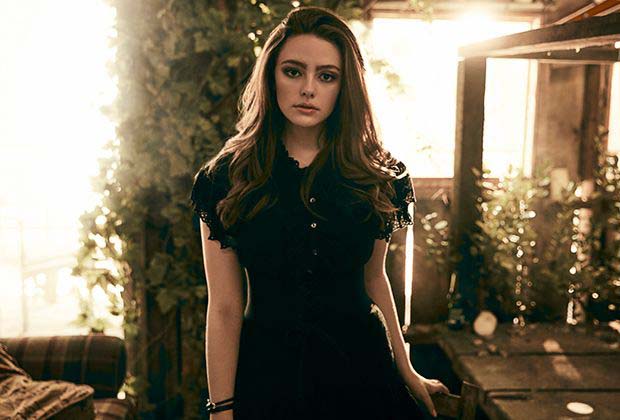 Is Rose active in social media?

What are the distinctive feature of Danielle Rose Russell?

Besides, she stands 5 feet 3 inches (160cm/1.6m) tall and weighs around 59kgs (130lbs). Her body measures 36-24-35 inches. Regarding her physical appearance, she has an hourglass figure with a charming facial structure. She has a pair of light blue eyes and light brown colored hair.

What is the net worth of Danielle Rose Russell?

Danielle Rose Russell has successfully made herself famous in the entertainment industry through various movies and TV series roles. Her estimated net worth as of now is $1.6 million.