DeAndre Hopkins – A Professional Football Player Representing Arizona Cardinals in The NFL, also Known as Nuk Hopkins, Who Entered into The NFL by 2013 NFL Draft

Who is DeAndre Hopkins?

DeAndre Hopkins is a big name in the sports industry. He has made some fan following and is known to many because of the career he chose. He is a professional football player who plays for the team Arizona Cardinals, which belongs to the National Football League (NFL). Also known as Nuk Hopkins, this 27-year-old player plays the position of wide receiver for the team. 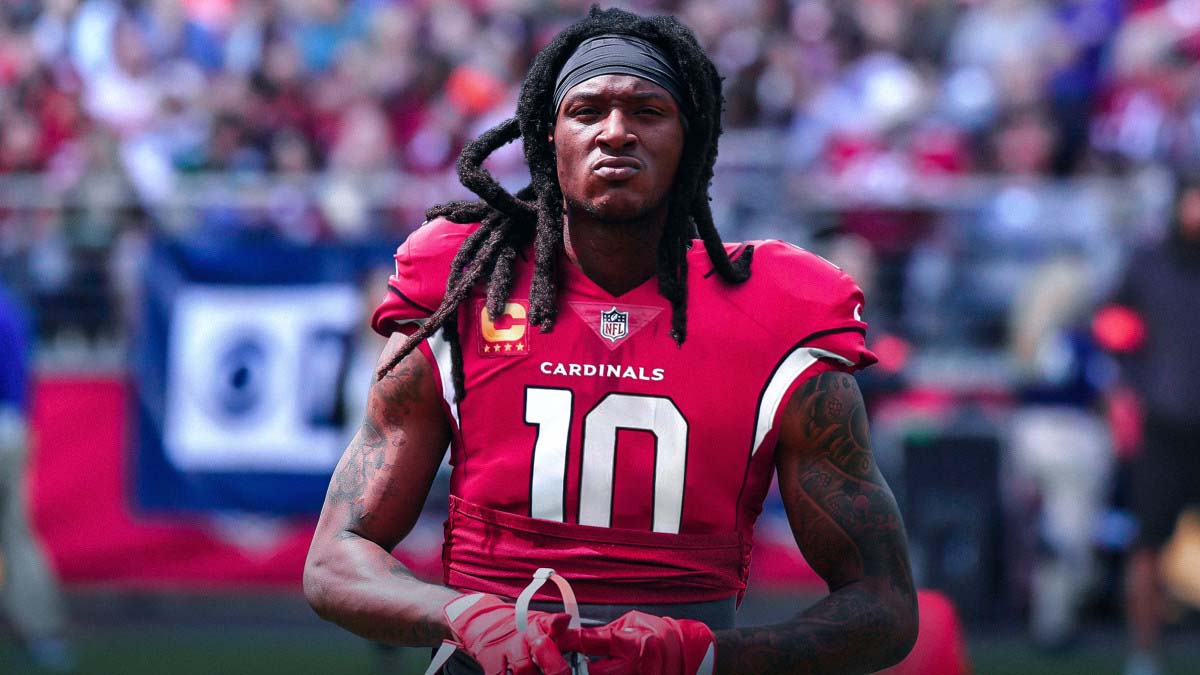 Deandre was born on June 6, 1992, under the name Deandre Hopkins in Central, South Carolina. His parents are Sabrina Greenlee and Harris Steve Hopkins. Harris died when Deandre was of a young age, and Sabrina raised him as a single mother. Sabrina worked at an automobile factory. Furthermore, he has three siblings; two sisters named Shanterria Cobb, Kesha Smith, and one brother named Marcus Greenlee.

Deandre belongs to black ethnicity and has an American nationality. His zodiac sign is Gemini. He has a beautiful pair of black eyes with black hair. Hopkins wears a long cornrows hairstyle with a muscular body. He follows the Christian religion.

Deandre Hopkins stands to 6 feet and 1 inch in height. Furthermore, his weight is around 98 kilograms (216 lbs). His chest size is approx. 49 inches, biceps is 49 inches and waist is approx. 35.5 inches.

Hopkins attended the D.W. Daniel High School in his hometown. After graduation, he attended Clemson University for further studies for two years. He did not graduate from the University.

Hopkins is currently unmarried. Furthermore, he has not revealed much about his relationships and personal life. 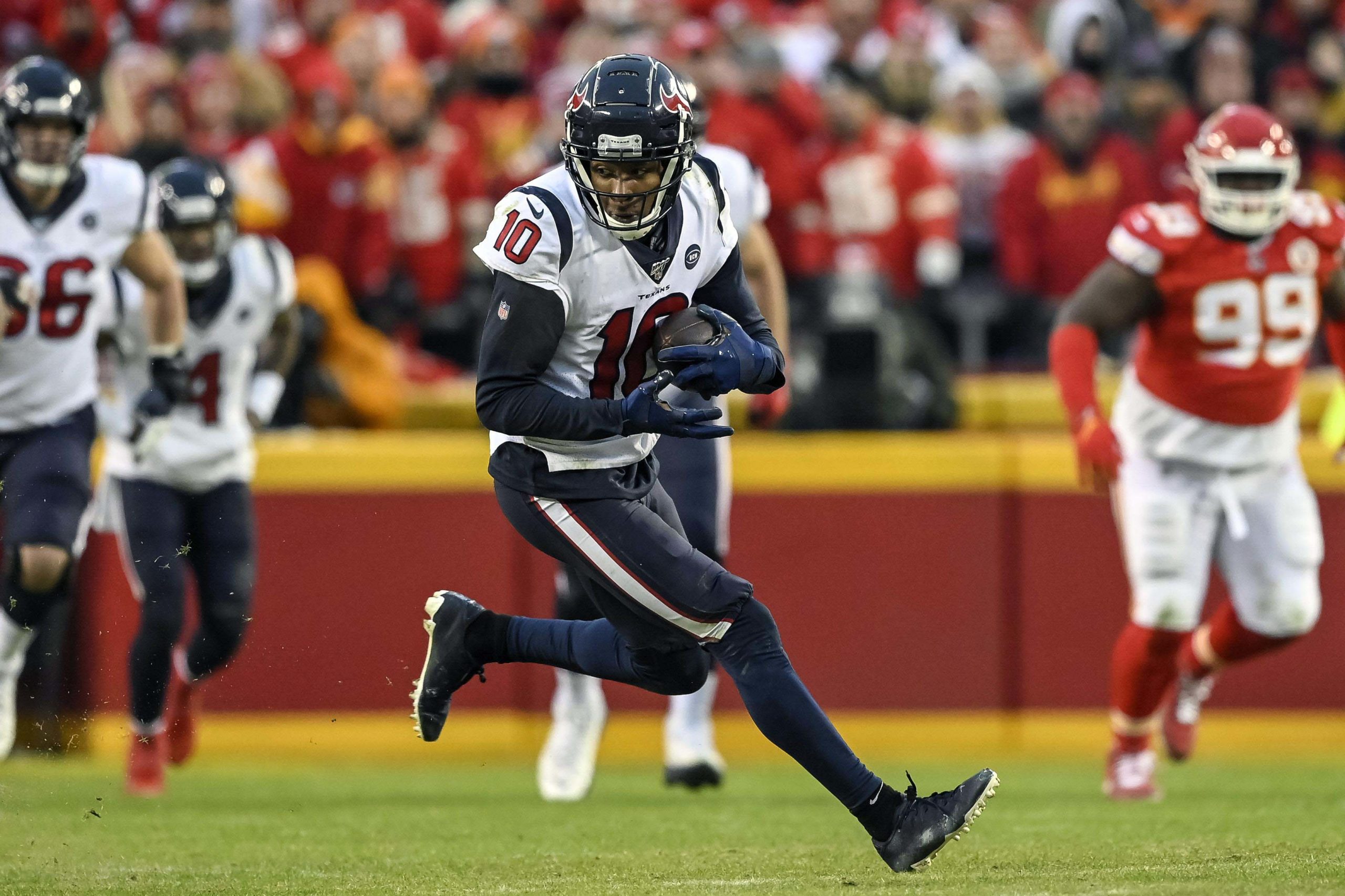 The Early Career of DeAndre Hopkins 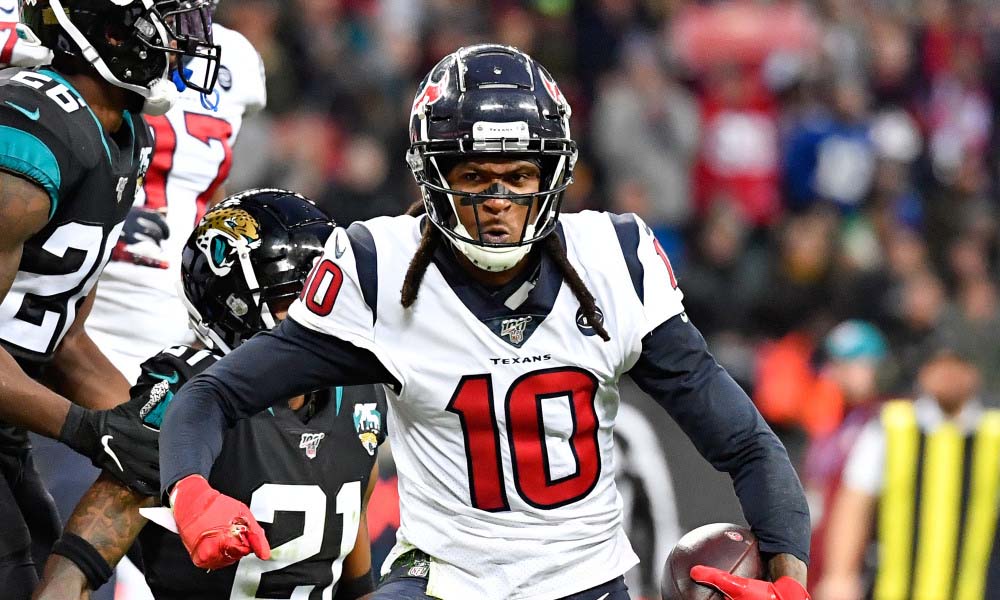 The Professional Career of DeAndre Hopkins

DeAndre entered the 2013 NFL draft, and the Houston Texans drafted him as the 27th overall in the first round. He signed a four-year deal worth $7.62 million. In the debut season with the team, he played a total of 16 games and started all of the 16 games. He recorded a total of 52 receptions with 802 yards, 2 touchdowns, and 15.4 average. Similarly, in the 2014 season, he played 16 games and started all of the 16 games. Furthermore, he recorded 76 receptions with 210 yards and 6 touchdowns. He had an average of 15.9.

In his football career with the Houston Texans, he played a total fo 110 games with 632 receptions, 8602 yards, and 54 touchdowns. The Houston Texans traded DeAndre Hopkins to the team Arizona Cardinals on the 16th of March, 2020.

The Net Worth of DeAndre Hopkins

DeAndre is a big name in the football industry. He has hence made quite some achievements and received a lot of money from his salary and signing bonus from the football club. His net worth is estimated to be around $25.3 million.