Who is Ewan McGregor?

Ewan McGregor is a well-known Scottish film actor popular for his acting skills in various genre of movies like ‘Trainspotting,’ ‘Star Wars,’ ‘Rogue Trader,’ ‘Nora’ and many more. His versatility in acting has earned him a huge fan following as well.  Along with acting in film and series, he also performs in stages and theatres. Likewise, he has been honoured with several awards for his amazing performances. He is also a keen motorcyclist and has partaken in a number of motorcycle marathons. 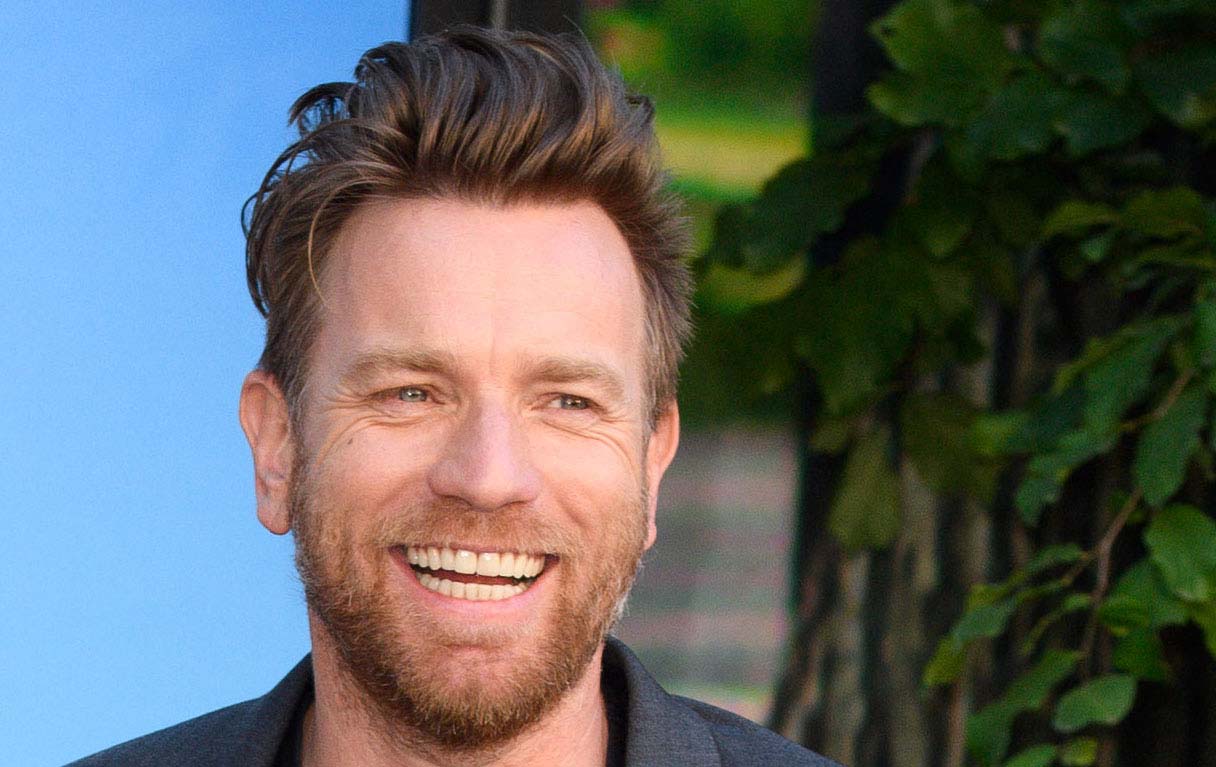 Ewan Gordon McGregor was born on 31 March 1971, in Perth, Scotland, to James Charles Stewart and Carole Diane. His father was a physical education teacher and his mother was a school administrator and a teacher. He has an older brother named Colin. He is currently 49 years old with Aries sun sign.

Ewan McGregor holds British nationality. Though he was bought up in a Christian family, he identifies and believes himself as Jewish. Besides this, he stands 5 feet 10 inches (1.78m/178cm) tall and weighs around 74 kg (163 lbs.) He has a slim body type having a pair of blue eye colour and red hair colour.

Ewan McGregor was brought up in a small town Crieff, and studied at Morrison’s Academy and later joined the Perth Repertory Theater. He also studied drama at Guildhall School of Music and Drama. He was interested in acting and drama from his teenage days.

Ewan McGregor is a UNICEF ambassador and is an avid motorcyclist.  He has also been part of a vaccination program wherein he travelled by foot to administer vaccines to children in India, Nepal, and the Republic of Congo. Likewise, he also underwent surgery to remove a cancerous mole.

Talking about his love life, he married Eve Mavrakis in 1995 and they have four daughters named Clara Mathilde, Esther Rose, Jamyan, and Anouk. He ended his marriage with Eve in 2017, and dated Mary Elizabeth Winstead. 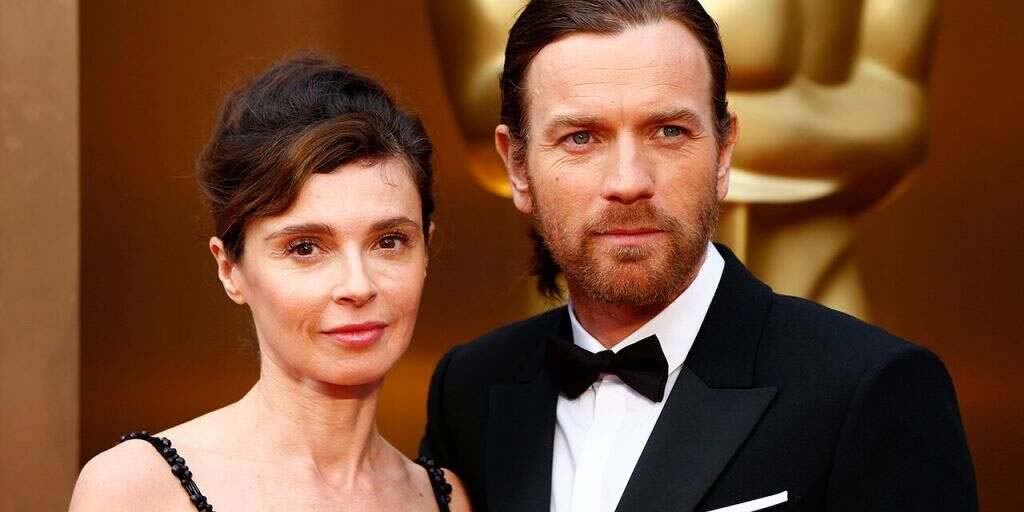 Ewan McGregor landed his first acting career in musical-comedy TV series ‘Lipstick on Your Collar’ in six episodes in 1993.  He was also starred in the British television mini-series ‘Scarlet and Black’ the same year. The next he made his big-screen debut in the film directed by Bill ‘Being Human’ as Alvarez. He had a small supporting role. He also did ‘Shallow Grave’ the same year for which he won an important award.

In 1996, he got his major breakthrough when he was cast to play in ‘Trainspotting,’ which was based on a novel of the same name. He played as Mark Renton who is a heroin addict. The movie is rated as one of the Top 100 British films of all time. It was also rated as best Scottish film and collected a huge amount of money in the box office. From this movie, he was noticed by many filmmakers.

Likewise, in 1997 he was cast in an episode in the famous television series ‘ER’ where he portrayed the role of Duncan Stewart. The next year he was seen in ‘Little Voice’ as the protagonist. His other successful project was ‘Star Wars Episode I: The Phantom Menace’ film in 1999. He was also active in theatre and stages. During that time he also did ‘Little Malcolm and His Struggles Against the Eunuchs,’ which opened at the ‘Hampstead Theatre.’ Moreover, he also did projects like ‘Nora’ in 2000, ‘Black Hawk Down’ in 2001 and ‘Star Wars: Episode II – Attack of the Clones’ in 2002 where he reprised his role as Jedi Obi-Wan Kenobi.

Ewan was cast in ‘Down with Love’ in 2003 in opposite to Renee Zellweger. The same year he also was featured in ‘Big Fish’ which was a fantasy film and in ‘Young Adam’ as Joe which earned him a lot of praises. Moreover, in 2005, he was once again cast as Jedi Obi-Wan Kenobi in ‘Star Wars III: Revenge of the Sith’. He also lent his voice for two animated films, ‘Robots’ and ‘Valiant.’ Furthermore, he was also cast opposite Scarlett Johansson in ‘The Island.’ During the mid and late 2000s he did numerous film like ‘Incendiary,’ ‘Miss Potter,’ ‘Deception,’ ‘I love you Philip Morris’ and ‘Amelia.’ 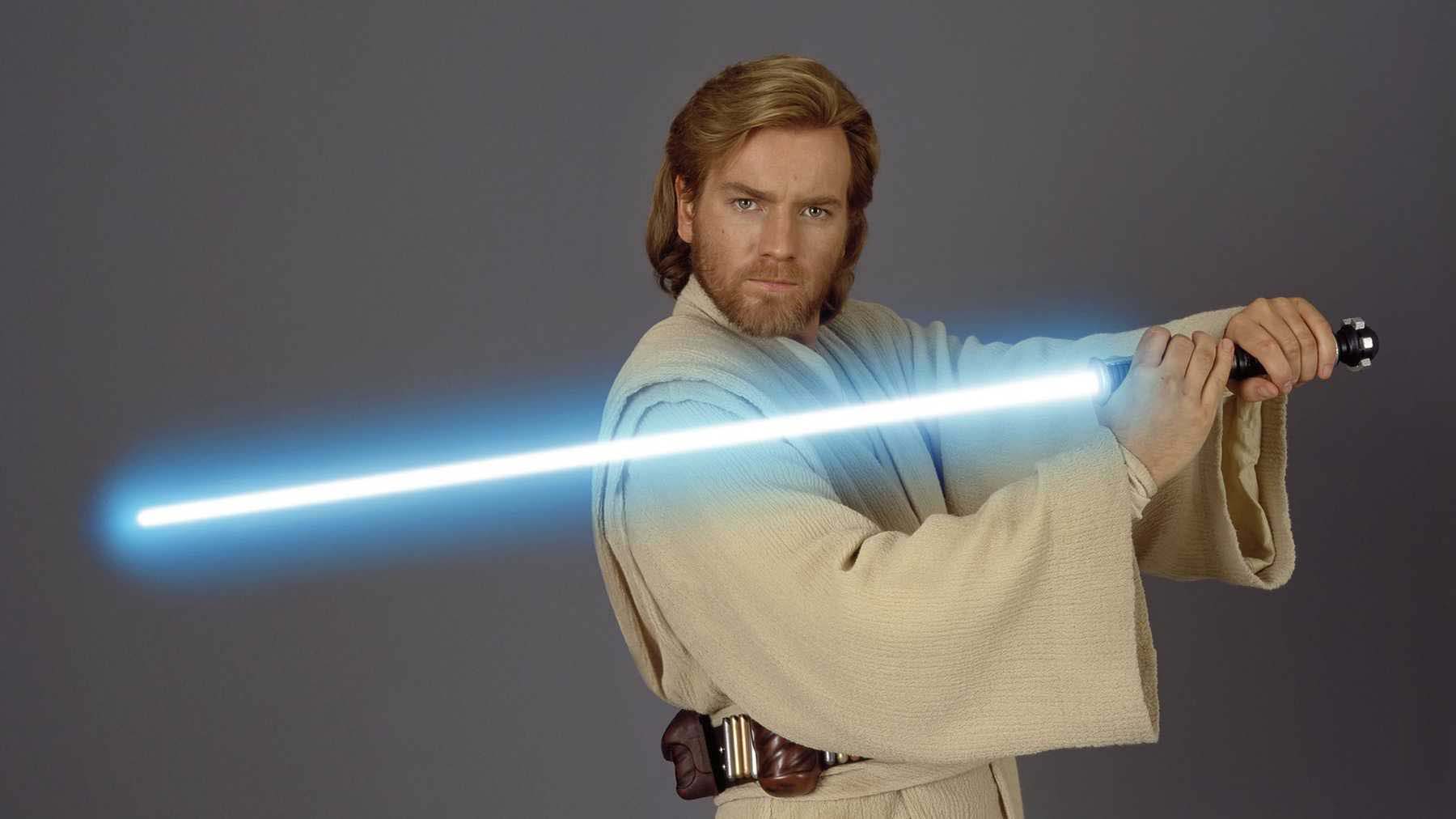 Similarly, in 2012 he appeared in ‘Salmon Fishing in the Yemen’ and ‘The Impossible. The next year, he was seen in the TV series ‘The Corrections’ based on 2001 novel by Jonathan Franzen. In 2015 he was starred in the action-comedy film ‘Mortdecai.’ The same year, he was also seen in films like ‘Last Days in the Desert’ and ‘Miles Ahead.’ He again reprised his role Jedi Obi-Wan Kenobi in ‘Star Wars: The Force Awakens’ the same year.

In 2016, he played prominent roles in ‘Jane Got a Gun’ and ‘Our Kind of Traitor.’ He was also seen as Lumiere in 2017 film ‘Beauty and the Beast.’ The next year he was cast in ‘Zoe’ as Cole and in ‘Christopher Robin.’ Recently in 2019, he was seen in ‘Doctor Sleep’ based on the novel of Stephen King with the same name and in ‘Star Wars: The Rise of Skywalker.’ The following year, he played a fictional supervillain named ‘Black Mask’ in ‘Birds of Prey.’

Ewan McGregor has been honoured with BAFTA Scotland Award for ‘Best Actor’ for ‘Trainspotting’ in 1997. Likewise, in 2016 he also received the BAFTA Britannia Humanitarian Award.

Ewan McGregor the famous Scottish actor has earned popularity along with the huge amount of money. As of 2020, he has an approximate net worth of $45 million.