An American actor, director, and producer who is well-known for his role of Idi Amin in the historical drama film 'The Last King of Scotland.'

Who is Forest Whitaker?

Forest Whitaker is a renowned American actor, director, and producer who has actively worked in the field of entertainment from 1981 to date. He is one of the actors in the industry who has worked with many well-known directors and actors. Likewise, he is well-acclaimed for his acting role of Idi Amin in the historical drama film ‘The Last King of Scotland’ in 2006. Along with acting, he also ventured into directing and producing. This actor has received various accolades for his acting role. Whitaker is also an advocate of Sustainable Development Goals appointed by the Secretary-general of the United Nations. Moreover, he is also an activist who supports different charitable works. He is the founder of the non-governmental organization named Whitaker Peace & Development Initiative (WPDI), established in 2012. 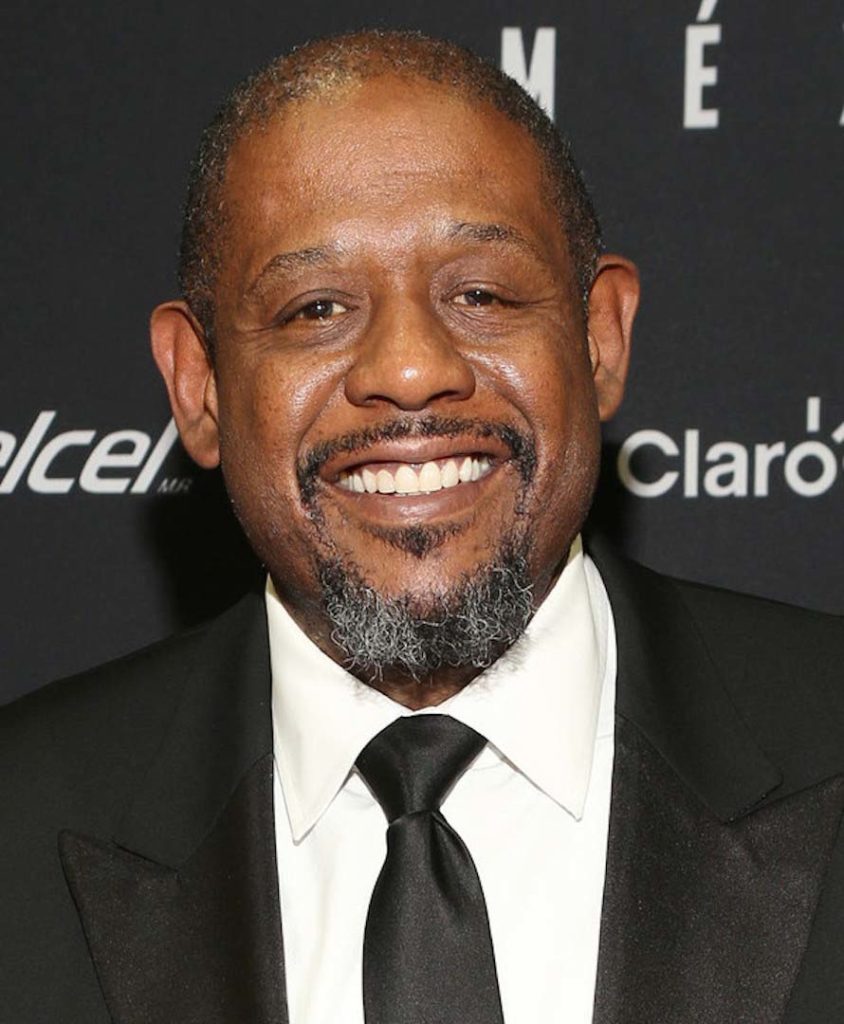 Forest Steven Whitaker was born on 15 July 1961 in Longview, Texas, United States. He was born to his father, Forest Steven Jr., who was an insurance salesman, and to his mother Laura Francis who was a special education teacher. Likewise, he grew alongside his older sister, Deborah, and two younger brothers Kenn and Damon. Additionally, he is currently 59 years old with a Cancer star sign.

Forest Whitaker holds an American nationality. As per his ethnicity, he belongs to Black with African American ancestry. Besides this, he stands 6 feet and 2 inches (188cm/1.88m) tall and weighs around 92 kg (203lbs). He has an average body type, measuring 46-15-40 inches respectively. Moreover, he is also known for his left eye ptosis. Additionally, he has a pair of dark brown-colored eyes and black hair color.

Forest Whitaker completed his schooling at Cal Poly Pomona or California State Polytechnic University. During his school time, he received a football scholarship but due to his back injury, he changed his major to music. Later, he again changed his major to drama. For his further education, he went to the University of Southern California. He studied opera as a tenor and graduated in 1982. Whitaker then enrolled at the Drama Studio London’s California wing on a scholarship. Moreover, he also earned a degree in The Core of Conflict: Studies in Peace and Reconciliation from New York University‘s Gallatin School.

Forest Whitaker tied a knot with actress Keisha Nash in 1996. This couple together has four children; two daughters, Sonnet and True, one son, Ocean Alexander, and Keisha’s daughter from her previous relationship named Autumn. Sadly, they divorced in 2018.

Moreover, he is the black belt holder in Kenpo, a Japanese martial art. He identifies himself as a vegetarian. Talking about his political views, he supported Barack Obama in his 2008 presidential campaign. 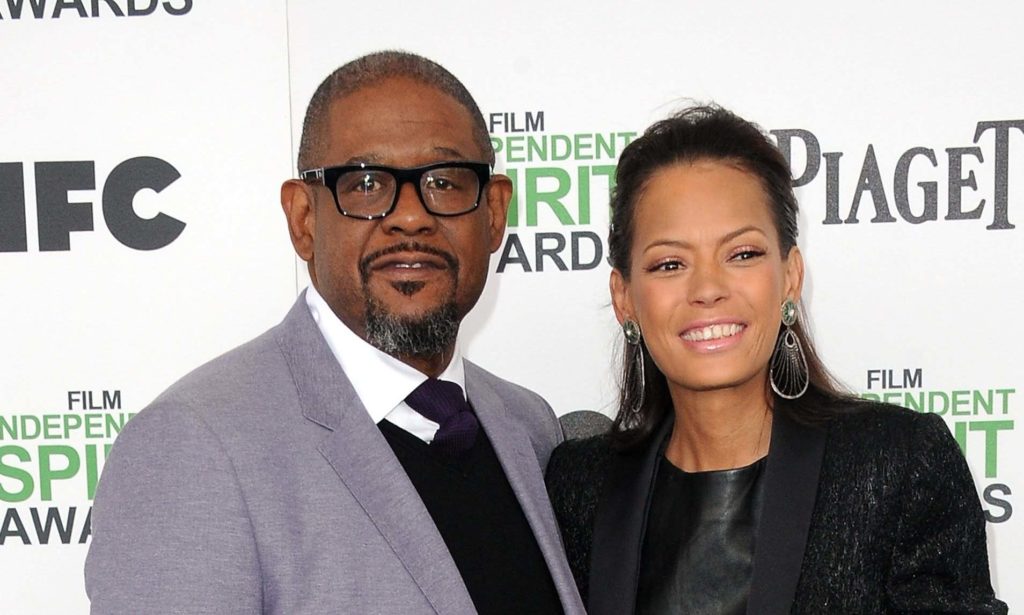 Forest Whitaker landed his first film role ‘Tag: The Assassination Game’ in 1982. He then appeared in ‘Vision Quest’ in 1985, ‘The Color of Money’ in 1986, ‘Good Morning, Vietnam’ in 1987, and ‘Bird’ in 1988. In the 1990s he became cast in different movies, out of which his notable ones are ‘Prêt-à-Porter’ in 1994, ‘Phenomenon’ in 1996, and ‘A Rage in Harlem’ in 1991 where he also became a co-producer. In 2000, he appeared as Ker in ‘Battlefield Earth’ for which he became nominated for Golden Raspberry Award. Likewise, his other remarkable movie roles are ‘Panic Room,’ ‘Phone Booth’ in 2002, and ‘American Gun’ in 2005. Forest’s turning point came in 2006 when he became one of the main cast for the biographical drama film ‘The Last King of Scotland’ as Idi Amin. It starred himself, James McAvoy, Kerry Washington, and Simon McBurney. This film became a huge hit.

Similarly, his other important movies between 2007 to 2011 are ‘The Great Debaters,’ ‘Where the Wild Things Are’ where he had a voice role, ‘Our Wedding Family,’ and many more. Meanwhile, he also produced the psychological horror film ‘Repentance’ in 2013. The same year, his other hit is ‘Lee Daniels The Butler.’ This movie also received positive reviews and starred actors like Alan Rickman, Liev Schreiber, etc,. Furthermore, he also produced ‘Dope’ in 2015 and ‘Sorry to Bother You’ in 2018. His other notable movies are ‘Southpaw’ in 2015, ‘Black Panther’ in 2018. The recently played Whitaker is ‘Jingle Jangle: A Christmas Journey’ in 2020.

Talking about Forest’s TV roles, his debut role came in ‘Making the Grade’ in 1982. He then appeared in an episode of different series. Moreover, he also became a cast on television movies. His notable television movie roles are ‘Criminal Justice’ in 1990, ‘Last Light’ in 1993, and ‘The Enemy Within’ in 1994. He also produced the television movie ‘Feast of All Saints’ in 2001. Likewise, he has also received the Primetime Emmy Award for his TV movie ‘Door to Door’ in 2002. The next year, he received various nominations and won the Black Reel Award for his other TV film ‘Deacons for Defense.’ He also hosted and narrated the series ‘The Twilight Zone’ from 2002 to 2003. 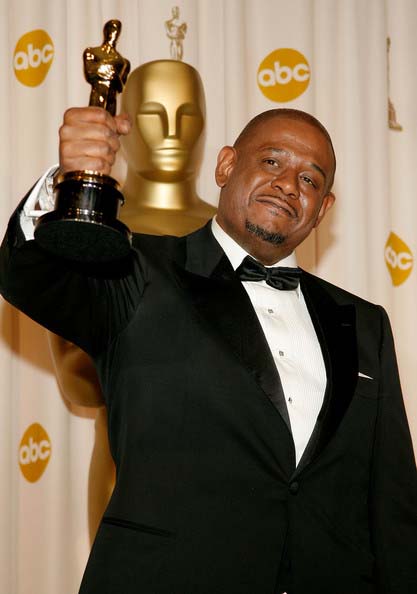 Forest Whitaker has received different nominations and awards for his acting roles. He has won various awards for his film ‘The Last King of Scotland’ in 2007. To name some prestigious award they are, the Academy Award, Golden Globe Award, BAFTA Award, AAFCA Award, and Black Reel Award. Moreover, his other awards are the Primetime Emmy Award in 2003, BSFC Award and Critics Choice Award in 2006, and many more.

Forest Whitaker is one of the finest actors in the industry. His estimated net worth as of 2020 is $30 million.