Isla Fisher – An Australian actress and author who won the ‘MTV Movie Award’ for Best Breakthrough Performance in 2006 and is best known for her role in ‘Home and Away’.

Who is Isla Fisher?

Isla Fisher is an Australian actress and author who is well known for her role in ‘Home and Away’ as Shannon Reed. She also became a household name after playing the famous character in the Australian soap-opera for four years. Isla is also known for her comedic roles in ‘Wedding Crashers’ in 2005, ‘Hot Rod’ in 2007, ‘Definitely, Maybe’ in 2008, and ‘Confessions of a Shopaholic’ in 2009. She also was featured in Australian TV commercials and did a lot of work in the Australian television industry. She also lent her voice in animated films like ‘Scooby-Doo’, ‘Horton Hears a Who!’, ‘Rango’, and ‘Rise of the Guardians’.

Her breakthrough moment in the Hollywood industry was when she appeared in ‘Confessions of a Shopaholic’. Her most significant role came in the American heist thriller film ‘Now You See Me’, where Isla played one of the lead characters along with Jesse Eisenberg, Mark Ruffalo, Woody Harrelson, and Dave Franco. She was not only involved in acting, but she is known as the multi-talented lady for writing two novels’ Bewitched’ and ‘Seduced by Fame’. Those were teen novels, and it became bestsellers too.

Isla Lang Fisher was born on 3 February 1976 on Muscat, Oman to Scottish parents Elspeth Reid and Brian Fisher. Her father was a banker who worked for the United Nations in Oman, and her mother was a writer. She moved to Australia with her family when she was six years old and was raised alongside her four siblings. She is currently 44 years old with an Aquarius zodiac sign. 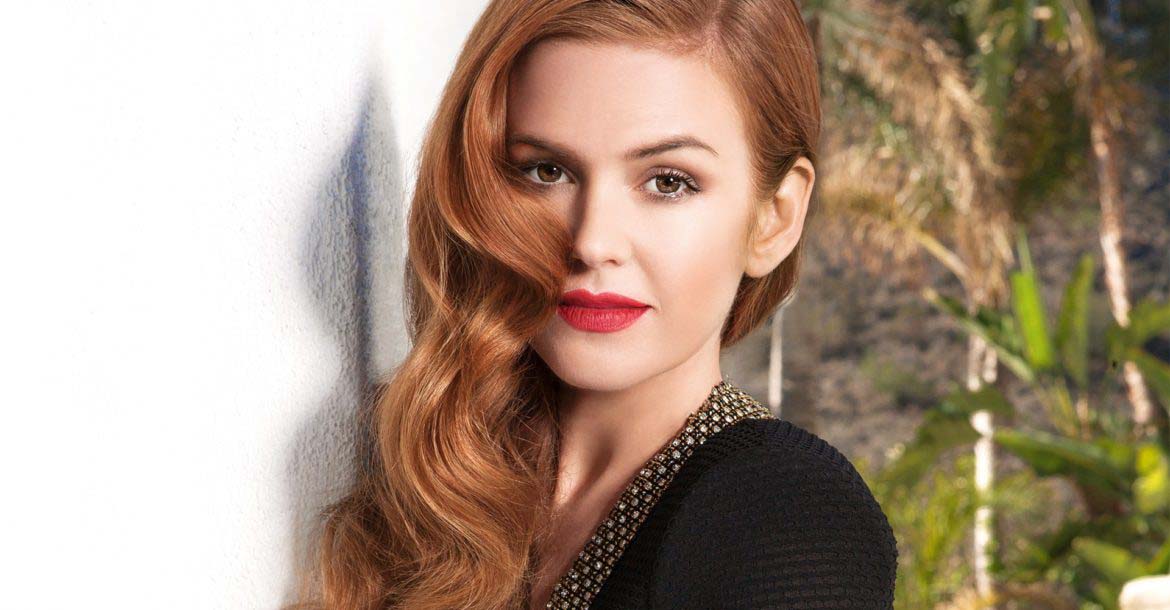 Isla Fisher holds an Australian nationality. Before marriage, she changed her religion as Judaism, saying she’ll have a Jewish wedding. She stands 5 feet 3 inches (160cm/ 1.60m) tall and weighs around 57kgs (126 pounds).  Her body measures 34-24-35 inches. She has a pair of light brown eyes and a red-colored hair initially. She started her 2019 by trading her red locks for some bleach blonde highlights.

Isla Fisher attended Swanbourne Primary School and later got admitted to the Methodist Ladies College in Perth. She took part in many school productions mostly as a lead role. Appeared in one of the famous horror comedy rock musical names’ Little Shop of Horrors’. At the age of 21, she attended L’École Internationale de Theaters Jacques Lecoq in Paris, where she studied clown, mime, and Commedia dell’ art.

In 2002, Isla started dating an English actor and comedian Sacha Baron Cohen after they first met at a party in Australia. They engaged in 2004 and married in 2010. After three years, the couple gave birth to their first child named Olive. Similarly, their second daughter was born in 2011 named Elula, and their only son who is their third child Montgomery was born in 2015. Isla and her husband are also involved in many social causes.

They have donated to various projects like ‘Save the Children’, a program to vaccinate children in Northern Syria against measles, and also to the International Rescue Committee, to help and support Syrian refugees in 2015. 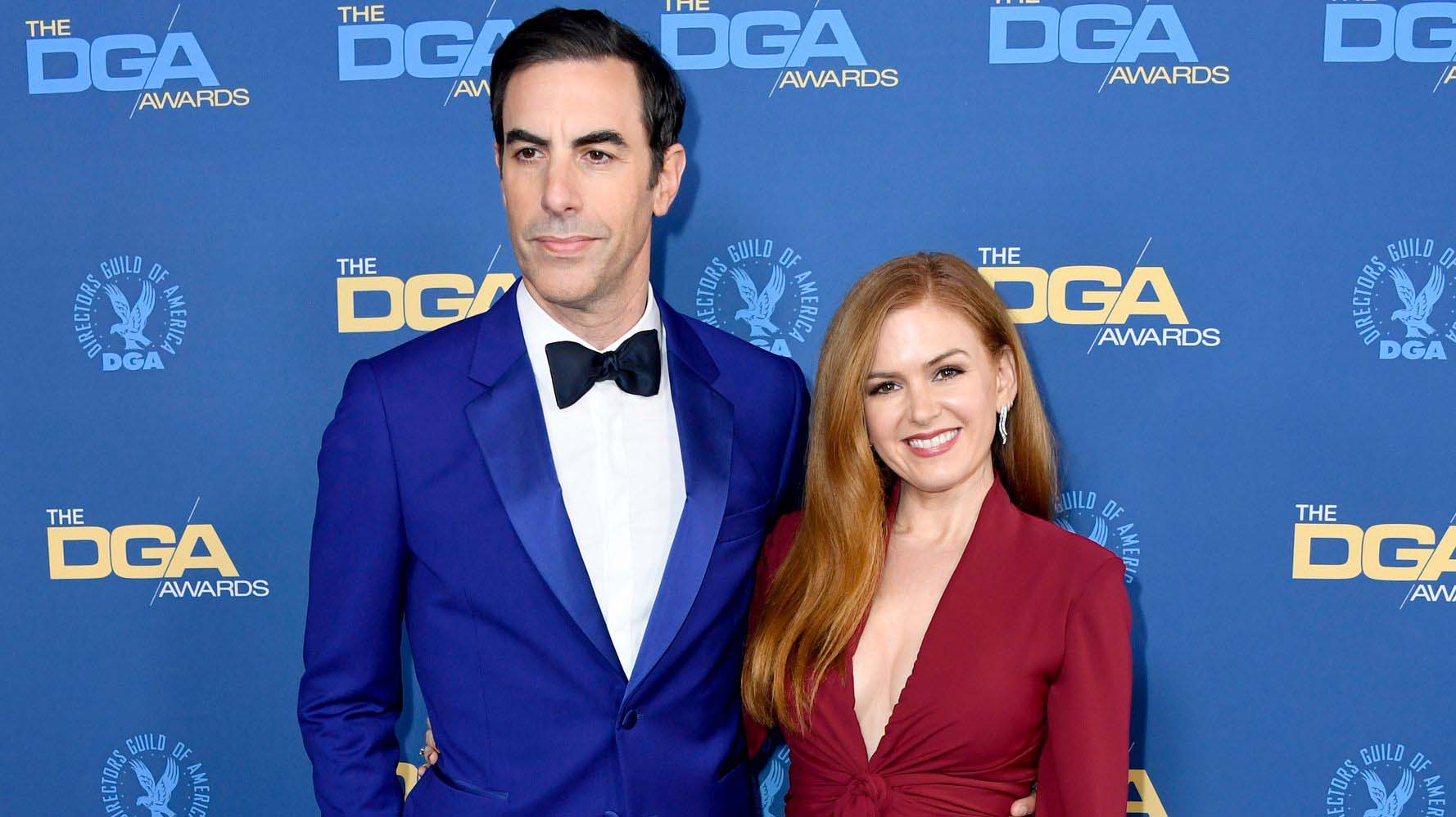 Isla Fisher started her career at an early age. As a child actor, she could be seen in many television commercials. She made her debut as a guest role in the television series of children like ‘Paradise Beach’ and ‘Bay City’ in 1993. After her debut in ‘Paradise Beach’, she was given a lead role in the Australian television soap opera’ Home and Away’ as Shannon Reed in 1994. She appeared in a total of 345 episodes from 1994 till 1997.  The role was really challenging for her as she portrayed the character of a confused young woman who realizes she is bisexual and develops an eating disorder in the show. She got praised by the critics as well as the audience as they liked her performance in this show.

After that, she went to Paris to learn more about acting. She traveled a lot working in different theatres and also appeared in pantomime in the United Kingdom. From the UK, she moved to the United States and did her debut in Hollywood. It was an American live-action computer-animated family comedy adventure film ‘Scooby-Doo’ in 2002. The film was based on the animated series of the same name, from the Hanna-Barbera Productions, Inc. Her entry into the film industry was smooth and lucky, and she became a part of a commercially successful film. Later she did some supporting roles in the movie like ‘The Wannabes’ and ‘Dallas 362’ in 2003.

She also appeared in the comedy-drama movie ‘I Heart Huckabees’ in 2003. In 2005, Fisher was offered the role in ‘Wedding Crashers.’ Her character, Gloria Cleary, is the seemingly sexually aggressive daughter of a politician and she falls in love with the wedding crasher, Vince Vaughn’s character Jeremy Grey. The film added beauty to the script and was a commercial success. She also earned two nominations and won the ‘MTV Award’ from this film.

Fisher continued her journey in this field and got several offers from Hollywood. She was featured in an independent drama ‘London’ alongside Chris Evans, Jason Statham, and Jessica Biel. In 2006, she appeared in a romantic film ‘Wedding Daze’ acting as a waitress who keeps falling for grieving young men. She appeared in the crime thriller ‘The Lookout’ featuring Joseph Gordon-Levitt in 2007. Her character ‘Luvlee’ was used as a ‘honeytrap’ by a gang leader. Likewise, she also appeared in films like ‘Hot Rod’ and ‘Definitely, Maybe’. She also shared her screen with famous people like Ryan Reynolds, Elizabeth Banks, and Rachel Weisz. She also lent her voice to the character Dr. Mary Lou Laure in ‘Horton Hears a Who!’ an animated adventure comedy film in 2008. 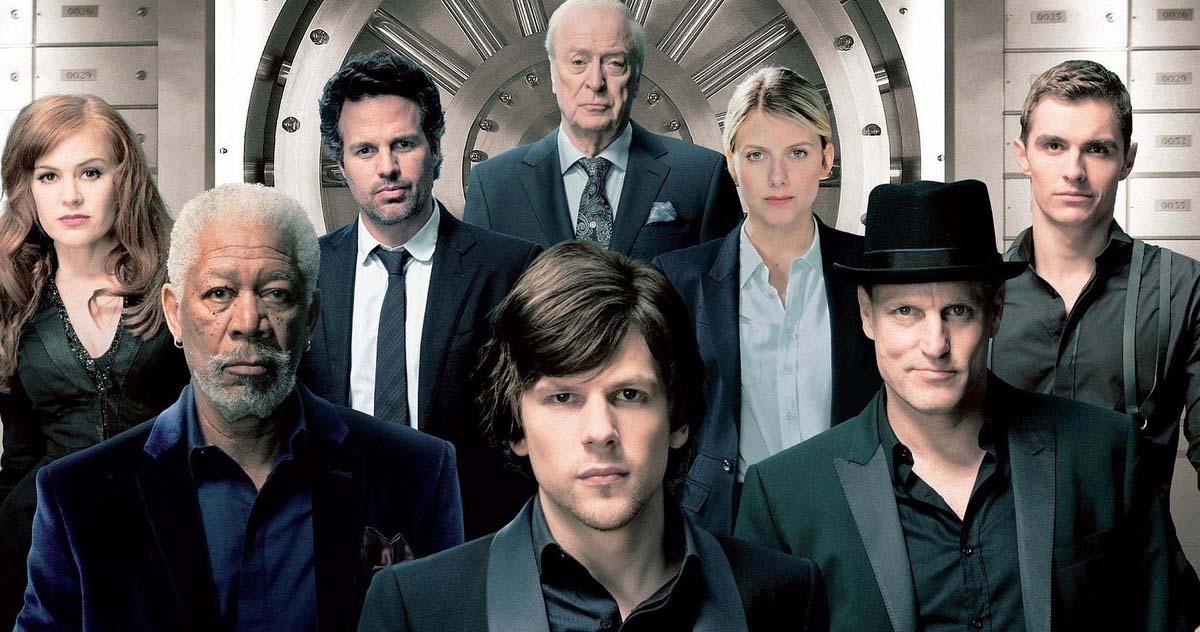 In 2009, she appeared in the American romantic comedy film ‘Confessions of a Shopaholic’ as Rebecca Bloomwood. This character was a college graduate who worked as a journalist in New York City. The film did not receive too many positive reviews, but it ended up as a commercially successful film. Fisher again worked as a voice artist in 2011. She was part of the film ‘Rango’. This film also succeeded both commercially and critically. Similarly, she voiced the character of Tooth Fairy in the 3D animated film’ Rise of the Guardians’ in 2012.

This also led her for receiving nominations. Her two films’ Henley Reeves’ and ‘Now You See Me’ in 2013 were prominent roles for Fisher. These films were a huge success, and the audience liked her character. She then appeared alongside Leonardo DiCaprio and Tobey Maguire in the 2013 romance drama film ‘The Great Gatsby’. Her more recent works include the films’ Visions’ in 2015, ‘Keeping Up with the Joneses’ and ‘Nocturnal Animals’ in 2016, ‘Tag’ and ‘Angie Tribeca’ in 2018, ‘The Beach Bum’ and ‘Arrested Development’ in 2019 and ‘Curb Your Enthusiasm’ in 2020.

Isla Fisher won MTV Movie Award in 2006 for Best Breakthrough Performance. She has also won the Icon Award in association with Elle Women in Hollywood Awards. In 2012, she received Best Animated Female Award for Rango and also nominated for Rising of the Guardians. She nominated for AACTA Awards for Best Supporting Actress, Jupiter Award, and Screen Actors Guild Award in 2014. Likewise, in 2016 she won AACTA awards for the Trailblazer category.

Isla Fisher has gained massive popularity in the field of entertainment. She not only has earned name and fame but also has made herself a handsome amount of money. She has a net worth of approximately $25 million.