Who is Jerry Stiller?

Jerry Stiller was an American actor and comedian known for his perfectly timed dialogues and his thick New York accent. He was best known for his role in the NBC sitcom ‘Seinfeld’ as Costanza. He has performed in many television series such as ‘The Other Woman’ and ‘How Murray Saved Christmas.’ Apart from playing on TV, he also had appeared in many films and movies. Some of his movies are ‘The Ritz,’ ‘Nadine,’ ‘Hot Pursuit,’ ‘Zoolander’ and ‘Zoolander 2.’ He and his wife Anne Meara has worked in various comedy genre-related TV shows. Throughout his career, Jerry had played several neurotic and comic characters. 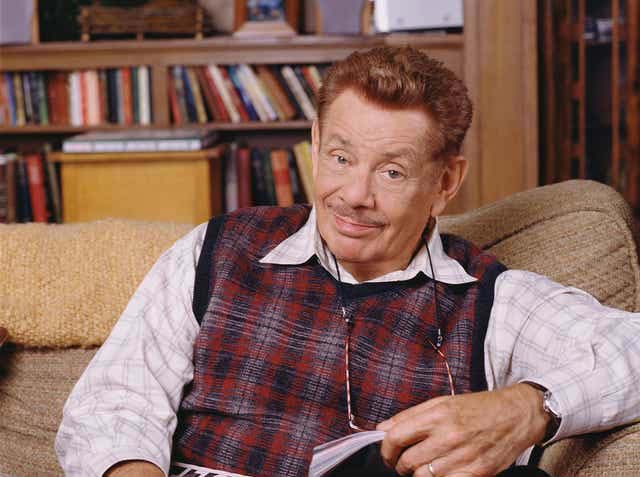 Gerald Isaac “Jerry” Stiller was born on June 8, 1927, in Unity Hospital, Brooklyn, New York, in a Jewish family to Bella and William Stiller. His father was a bus driver. His paternal grandparents are from Galicia, Spain, and they later immigrated to the U.S. He has three younger siblings- Arnold Stiller, Maxine Stiller, and Doreen Stiller. He died from natural causes at his home on the Upper West Side of Manhattan on May 11, 2020, at the age of 92. His death was announced on Twitter by his son, Ben.

Jerry Stiller used to hold an American nationality. He followed Jewish as his religion, and his ethnicity was White. Besides, he was 5 feet 5 inches (165 cm/1.65 m) tall, and he weighed 74 kg (163 lbs). He had no tattoo on his body.

Jerry Stiller lived in the East New York Neighborhood and Williamsburg and later moved to the Lower East Side. He attended the Seward Park High School and got a major in Drama at Syracuse University. He got a bachelor’s degree in Speech and Drama from HB Studio after completing his graduation. Stiller started his acting career through theatre plays. In the year 1954, he debuted in acting with his first theatre play named ‘The Golden Apple’ as Mayor Juniper.

Jerry Stiller married Anne Meara from 1954 till her death on May 23, 2015. Anne Meara converted to Judaism after her marriage to Jerry. She was of Irish ancestry. They had two children Ben Stiller and Amy Stiller, who are also actors. Jerry also had two grandchildren, Ella Olivia Stiller and Quinlin Dempsey Stiller. They are children of Ben Stiller and his wife, Christine Taylor. 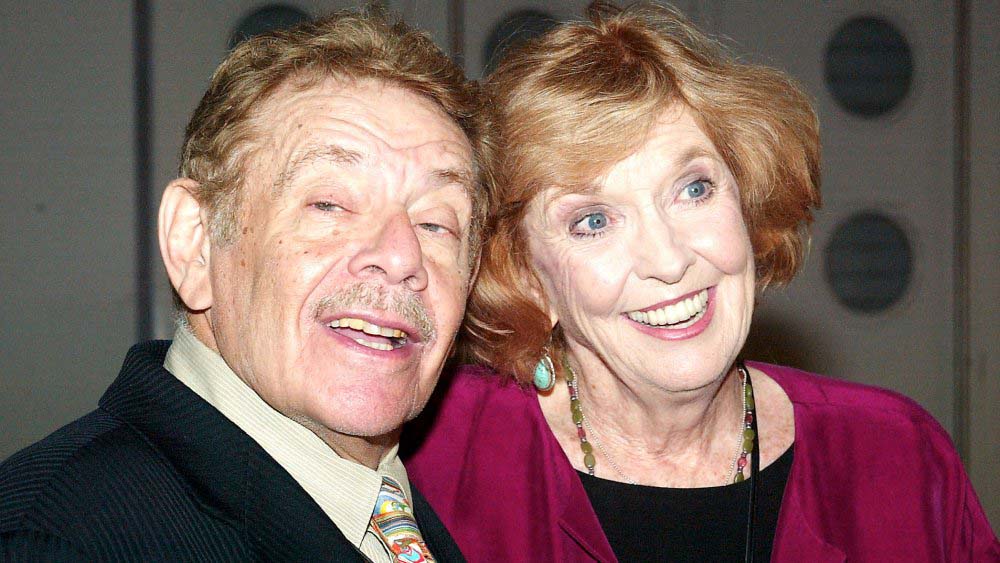 Jerry Stiller did not join any social media accounts when he was alive.

Jerry Stiller formed a group that he thought was the best trio of Shakespearean clowns and appeared in Phoenix Theater production of Coriolanus in 1953. He also made his film debut in the 1970 film ‘Lovers and Other Strangers.’ He was cast alongside Richard Castellano, Gig Young, Anne Jackson, and Anne Meara. After he met Anne Meara, his to be wife, they formed a comedy duo and appeared on ‘The Ed Sullivan’s Show.’ They were a successful team and made several television appearances. Though the comedy duo’s craze seemed to fade gradually, they continued to appear on the radio. They hosted the HBO Sneak Previews, which described the upcoming shows for the month from 1979-1982.

Likewise, in 1986, the duo started their own sitcom, ‘The Stiller and Meara Show,’ which didn’t do quite well and wasn’t a successful venture. Moreover, he appeared in ‘Seinfeld’ from 1993-1998. It was a sitcom about the ups and downs of a stand-up comedian’s life in New York, playing the role of a short-tempered Frank Costanza which gained widespread critical and popular acclaim, and won multiple awards for the performance.

Moreover, he also played in the 1997 American film ‘Camp Stories’ as the lead role of Schlomo. Jerry is still known for his role as Sam alongside Anne Meara, his reel and real wife in the movie ‘A Fish in the Bathtub.’ The film showed the relation between couples who share a 40-year-old marriage with both of them squabbling over the tiniest of issues. He appeared in the romantic comedy movie in 1988 titled ‘Hairspray,’ where he played Wilbur Turnblad, father to the leading character, Tracy. He portrayed a funny, enthusiastic, and motivating father.

Jerry Stiller was cast in the sitcom ‘The King of Queens’ as the father of Carrie Heffernan. He played the role of Arthur Spooner from 1998 to 2007. In 2001, he appeared in ‘Zoolander,’ along with his son Ben Stiller. He later appeared in the sequel of the film in 2016 titled ‘Zoolander 2.’ He starred in many movies with his son Ben Stiller and wife Anne Meara. Some of them were ‘Highway to Hell,’ ‘The Heartbreak Kid,’ ‘Heavyweights,’ among others.  He also voiced ‘Crashbox,’ the children’s educational show in 2010.  Jerry and his wife also appeared on ‘The Daily Show’ with Jon Stewart, and they began a web series on Yahoo to discuss current topics in the same year. His other TV series and films include ‘Foodfight’ ‘Excuse me for Living’ in 2012, ‘How Murray Saved Christmas’, and ‘Planes: Fire and Rescue’ in 2014. 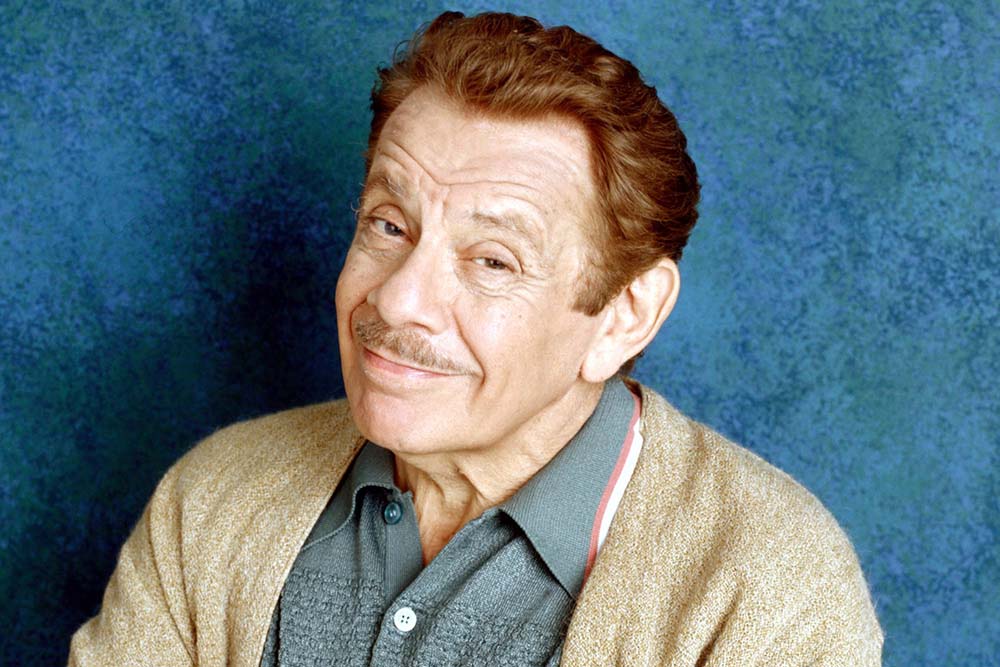 Jerry wrote the foreword to the 2005 book ‘Festivus: The Holiday for the Rest of Us’ by Allen Salkin. He also authored a memoir titled ‘Married to Laughter’: A Love Story Featuring Anne Meara, which was published by Simon & Schuster. He is also a spokesperson for ‘Xfinity’ and was a part of the Tau Delta Phi Fraternity.

Jerry Stiller was nominated for an Emmy in 1997 as Outstanding Guest Actor in a Comedy Series for Seinfeld. In the same year, he also won the American Comedy Award for Funniest Male Guest Appearance on TV for his role as Frank Costanza.  He and his wife were named as The King of Brooklyn and The Queen of Brooklyn at the Brooklyn Festival.

Jerry had earned massive popularity from his professional career. Likewise, he also had been able to make a good amount of money. His net worth when he was alive in the entertainment industry was $14 million.