Who is John Amos?

John Amos is an American actor who has been connected to the entertainment industry from 1970 to date. It has already been over four decades since he joined this industry as an actor. He initially played football for his career but soon realized that playing football was not his teacup. This made him to join acting and to decide his career in acting. He has played different genres of movies and series with varieties of a role. John is best known for his character of James Evans in CBS series ‘Good Times.’ Moreover, he has also done Broadway stage and theatre performances. 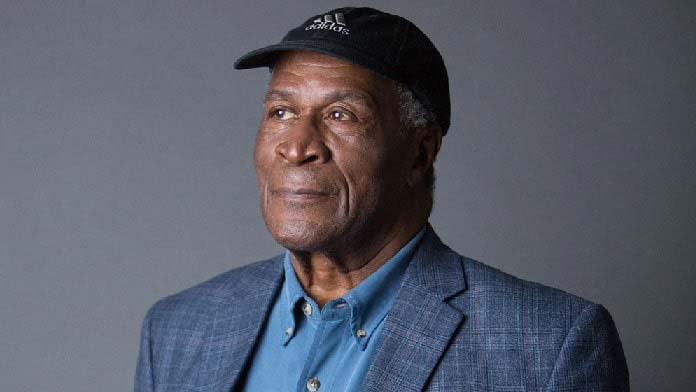 John Amos was born in Newark, New Jersey, the U.S.A., on December 27, 1939. He was born to father John Amos Sr., an auto mechanic, and to mother Annabelle P. Amos. He is currently 80 years old with a Capricorn star sign.

John Amos holds an American nationality and is multi-racial of African-American ethnicity. Besides, he stands 5 feet and 11 inches (181cm/1.81m) tall and weighs around 75 kg (165lbs). He has an average body type measuring 42-32-15 inches, respectively. Moreover, John has a pair of black colored eyes with white hair color.

John Amos completed his education at East Orange High School and did his graduation from Colorado State University. He holds a degree in sociology as a social worker. During his college days, he played football. 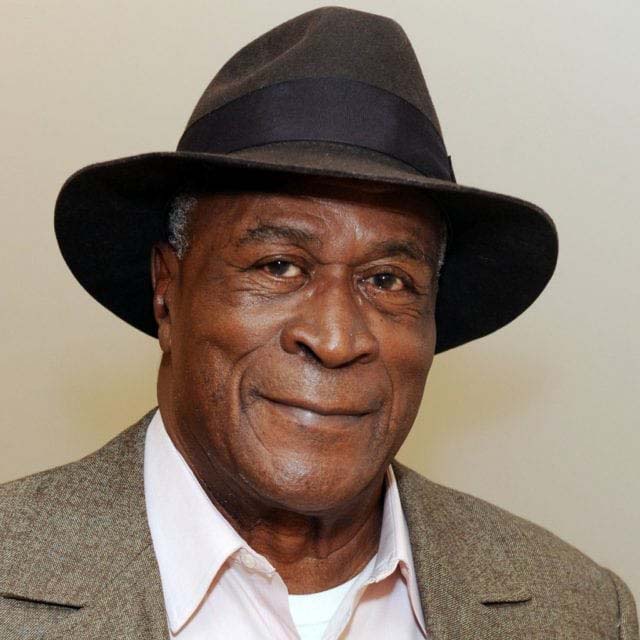 John Amos landed his first TV appearance in ‘The Bill Cosby Show’ in 1970. The same year, he got a chance to be in another series ‘The Mary Tyler Moore Show’ in 13 episodes. He was then slowly known in the industry and got offers from many series. His primary role and one of the Turing points of his career came in 1974 when he was cast in an American sitcom from CBS called ‘Good Times’. He portrayed the role of James Evans in a total of 61 episodes of six seasons, which ram till 1976.

Talking about his filmy career, John’s debut movie released in 1971 called ‘Vanishing Point’ but an uncredited role. He then landed two more films in the 1970s, and they were ‘The World’s Greatest Athlete’ and ‘Let’s Do It Again.’ Likewise, in the 1980s, he was already a known face to the industry. He played six different movies at that time. They were ‘Touched by Love,’ ‘The Beastmaster,’ ‘Dance of the Dwarfs,’ ‘American Flyers,’ ‘Coming to America’, and ‘Lock-Up.’

Talking more about his filmy life, in 1990, he featured in two movies, ‘Two Evil Eyes,’ where he played as Detective Legrand and in ‘Die Hard 2’ as Major Grant. In the next two years, he played as Rev. Styles in ‘Ricochet’ and ‘Night Trap’ as Captain Hodges. His last two films in 1990 were ‘For Better or Worse’ in 1995 and in ‘The Players Club’ as officer Freeman in 1998. Furthermore, his other notable films are ‘My Baby’s Daddy’ in 2004, ‘Shadowboxing’ in 2005, and ‘Dr. Dolittle 3.’ He also played as Pastor Nelson in a comedy film ‘Madea’s Witness Protection’ in 2012. He recently appeared in the 2019 crime thriller film ‘Uncut Gems’ and is also working for his upcoming movie ‘Coming 2 America.’ 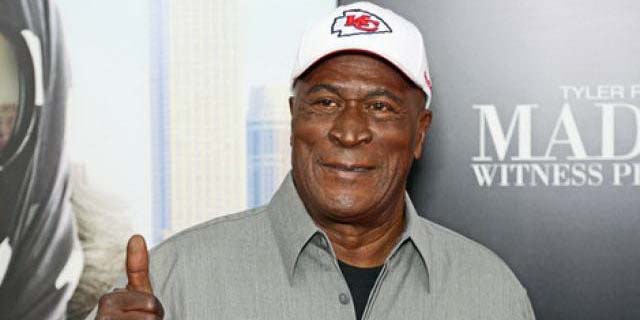 John Amos got hitched to Noel Mickelson in 1965, but they ended their marriage in 1975. These two couples have two children; both are associated with the entertainment industry named Shannon Amos and K.C. Amos. He again married his second wife, Lillian Lehman, who is also an actress.

John Amos has been nominated with various prestigious awards, out of which he has been able to win TV Land Awards in 2004, 2006 and 2007.

John Amos is a famous Hollywood industry actor who has gained a massive name, fame, and money. As of 2020, his net worth is $3 million.