Jude Law- A Renowned English Actor, Best Known For His Role In The Movie, ‘The Talented Mr. Ripley’ as Dickie Greenleaf

Who is Jude Law?

Jude Law is a popular English actor who earned name and fame for his role in the 1999 movie ‘The Talented Mr Ripley’ as Dickie Greenleaf. His performance in this movie has earned him’BAFTA Award for the Best Actor in a Supporting Role’ and nomination for an Academy Award and Golden Globe Award. His love for acting can be seen from his childhood days when he performed actively in his school stage productions. Though being handsome and talented, his initial years were filled with struggles. After several of his lukewarm performances, he finally began to enjoy success as a film star. He has done justice to almost every role he has played to date from his brilliant performances. Jude is also known for his tender-hearted nature. 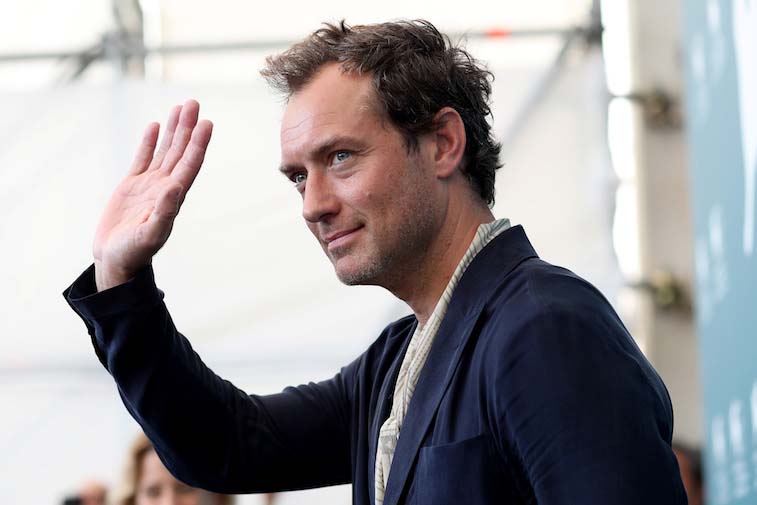 David Jude Heyworth Law was born on December 29, 1972, in Lewisham, London, England. He was born to his mother Margaret Anne (Heyworth) and father Peter Robert Law. His parents served as teachers at comprehensive schools, and after a few years, his father became the headmaster. Jude has one sister, Natasha. He was named David after one of his parents’ best friends but called by his middle name since birth. He is currently 47 years old with birth sign Capricorn.

Jude Law holds British nationality. He has described himself as a polytheist. Besides this, he has an athletic body type. He stands 5 feet 10 inches (1.78 m/178 cm) tall and weighs around 87 kgs (192 lbs). Blue coloured eyes and dark brown hair colour reflects his fantastic personality.

Jude Lawgrew up in Blackheath, an area in the Borough of Greenwich, and attended John Ball Primary School and the Kidbrooke School. Later, he was enrolled at Alleyn’s School, where he developed an interest in acting. He joined Dulwich College but dropped out of college to pursue an acting career.

Likewise, he had a minor role in the T.V. soap opera ‘Families’ in 1990. In 1991, he appeared in an episode of the T.V. series The Case-Book of Sherlock Holmes. In the year 1992, he starred in the productions of ‘The Fastest Clock in the Universe’ and ‘Pygmalion’ in addition to the short film The Crane. He continued acting, and he got more recognition when he did the biopic ‘Wilde’ and ‘Midnight in the Garden of Good and Evil’ as Billy Carl. Finally, in 1998, he appeared in films like ‘Music from Another Room’, ‘Final Cut’ and ‘The Wisdom of Crocodiles.’

Similarly, in 1999 he was cast as Dickie Greenleaf in the movie ‘The Talented Mr Ripley’ which earned him nominations in MTV Movie Award. He also won BAFTA Award for his role. Then in 2001, he had the role Vasily Zaytsev in the movie ‘Enemy at the Gates’ and Gigolo Joe in the flick ‘A.I. Artificial Intelligence.’ 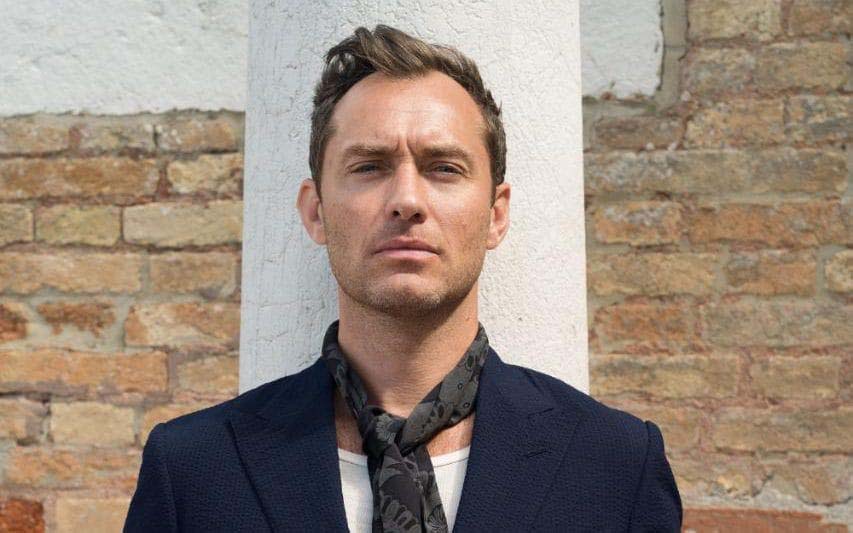 Jude in 2002 featured in the drama movie ‘Road to Perdition’and also directed an anti-fur cinema commercial. Where several artists, including Law, George Michael, Helena Christensen, Moby, and Chrissie Hynde starred. He also appeared in 2003 flick ‘Cold Mountain,’ and ‘The Aviator’ in 2004. During 2006 and 2007, the English artist featured in films ‘All the King’s Men’, ‘Breaking & Entering.’ Also, she appeared in ‘The Holiday’, ‘My Blueberry Nights’ and ‘Sleuth’.He also did advertising, he became the face of the male perfume ‘Dior Homme Port’ in 2008. Likewise, he also appeared in the lead role for ‘Hamlet’ in 2009. From 2010 to 2012, Jude did many big screens and stage projects including ‘Repo Men,’ ‘Contagion,’ ‘Hugo,’ ‘Sherlock Holmes: A Game of Shadows,’ ‘360,’ ‘Anna Karenina’ and ‘Anna Christie.’ He also joined the street protest in 2011 against Alexander Lukashenko and his brutal crackdown on the Belarusian democracy movement.

In between 2013 and 2014 Jude played Henry V in the production of ‘Henry V.’ During the time, he also starred in the films ‘Side Effects,’ ‘Dom Hemingway,’ ‘The Grand Budapest Hotel’, and ‘Black Sea’. Similarly, in 2015 he appeared as Bradley Fine in the film ‘Spy.’ In 2016, he joined the drama ‘The Young Pope’ as Pope Pius XIII. Then he appeared in the play ‘Obsession’ and in the movie ‘King Arthur: Legend of the Sword,’ both in 2017. His performance as Pope Pius XIII in the T.V. drama series ‘The Young Pope’ was much appreciated. The series got very positive reviews in the UK, Ireland, and Italy. Moreover, the actor’s powerful performance earned him the Fondazione Mimmo Rotella Award. Some of his notable projects are ‘Captain Marvel’ in 2019, ‘The Nest’, and ‘The New Pope’ in 2020.

Jude Law earned the Theatre World Award for his performance in ‘Indiscretions’ in 1995. He received the BAFTA Award in the category of Best Actor in a Supporting Role for the movie ‘The Talented Mr Ripley’ in 1999. Likewise, he has also won President Prize at Karlovy Vary International Film Festival in 2010. The same year, he also received the South Bank Show Award, the Whatsonstage.com Award as well as the Falstaff Award for Best Leading Actor for his performance in the play ‘Hamlet.’

Jude Law is associated with several charitable organizations and supports numerous different foundations, causes, and events. He previously married to actress Sadie Frost from September 2, 1997, to October 29 2003. The couple has three kids together; two sons and a daughter. After his divorce, the actor dated his co-star Sienna Miller. However, the couple also parted ways in 2006. Likewise, in 2009 Jude became a father for the fourth time. Samantha Burke gave birth to Jude’s daughter. That year, he also came back with Miller. However, for one more time, they broke up in February 2011. In October 2014, he declared that Catherine Harding was giving birth to his fifth kid. Also, at the same time, he claimed that they had parted their ways. Their daughter Ada was born in 2015. Then, he dated Phillipa Coan, and eventually on May 1, 2019, they married. 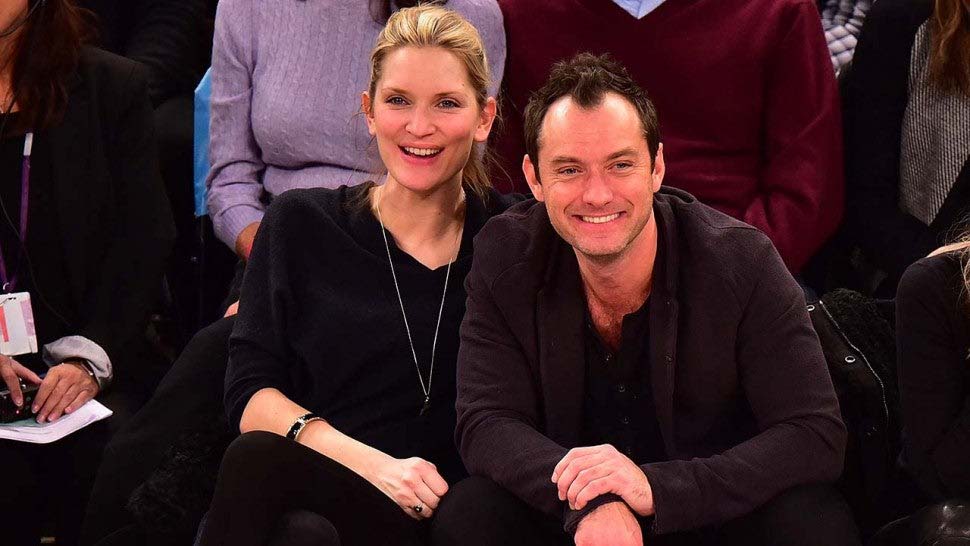 Jude Law does not have any verified or official social media accounts yet.

Jude Law earns from his acting career. He has appeared in numerous films. His primary income comes from working in the entertainment industry. As of 2020, his net worth is approximately $45 million.