Karen Gillan- A Scottish Actress, Known For Her Role In ‘Jumanji: Welcome To Jungle’ Where She Portrayed as Martha

Who is Karen Gillan?

Karen Gillan is a Scottish actress, director, and screenwriter best known for her role as Amy Pond in the science fiction series ‘Doctor Who’ from 2010 to 2013. Her major films are ‘Jumanji: Welcome to the Jungle’ and ‘Oculus.’ During the initial years of her career, she appeared in many television series in minor roles. Eventually, she established herself as a popular television actress and ventured into films as well. She made her film debut at the age of 23 with a role in the British supernatural thriller film ‘Outcast’. Her superhero movie ‘Guardians of the Galaxy’ as Nebula made her internationally famous and popular. After acting in several successful small screens and big-screen projects, the aspiring lady expanded her career to become a director and screenwriter as well. 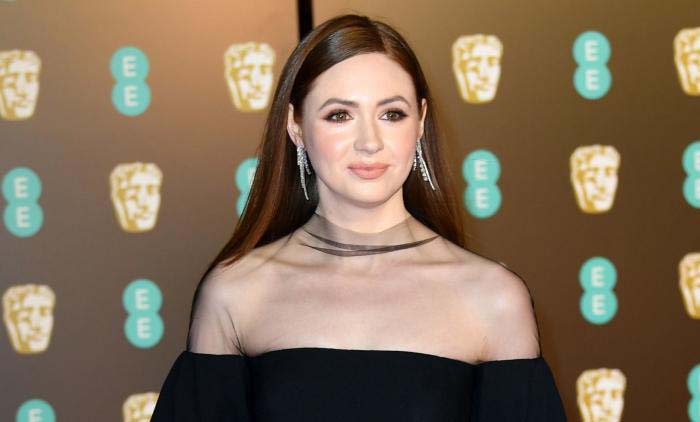 Karen Sheila Gillan was born on 28th November 1987 in Inverness in the Scottish highlands. Her father, Raymond John Gillan is a singer and a recording artist, and his mother Marie Gillan is also a singer. She is the single child of her parents, who is currently 32 years old. Her sun sign is Sagittarius.

Karen Gillan holds British nationality. Though she was born Catholic, she doesn’t practise any religion now. She belongs to White ethnicity. Besides, she has a slim body build. She stands 5 feet 11 inches (180 cm/1.80 m) tall and weighs around 58 kg (128 lbs). Her body measures 34-26-34 inches, respectively. She has a pair of light brown eyes and red-coloured hair.

Karen Gillan when she was 16, moved to Edinburgh to study acting at Telford College. Two years later, she again moved to London to study at the Italia Conti Academy of Theatre Arts. While studying there, she was scouted by a modelling agency. Since then, she had done several projects. However, she became determined to be an actress and not a model.

Karen Gillan initially appeared on TV including guest roles in several TV series such as the detective series ‘Rebus’. She later joined the ensemble cast of the comedy series ‘The Kevin Bishop Show’. She  also featured the lead of a horror project named ‘The Well.’ The actress made her film debut in the year 2010 directed by Colm McCarthy with a role in the supernatural thriller film ‘Outcast’. This film was about a killer who was pursuing his former lover, who hailed from an ancient magical race.

Likewise, from 2010 to 2013 she gained her popularity for her role in the TV series ‘Doctor Who’ where she played the role of Amy Pond. The show has been airing since the 1960s and has become a significant part of British popular culture. It revolves around an extra-terrestrial called ‘Doctor Who’ who explores the universe in a time-travelling spaceship. She made her second appearance on the big screen with the lead role in the 2013 romantic comedy film ‘Not Another Happy Ending’. The same year, she also played the leading role in the supernatural horror film ‘Oculus’. The film was a big success financially, earning $44 million on a $5 million budget. It also received mostly positive reviews from critics. 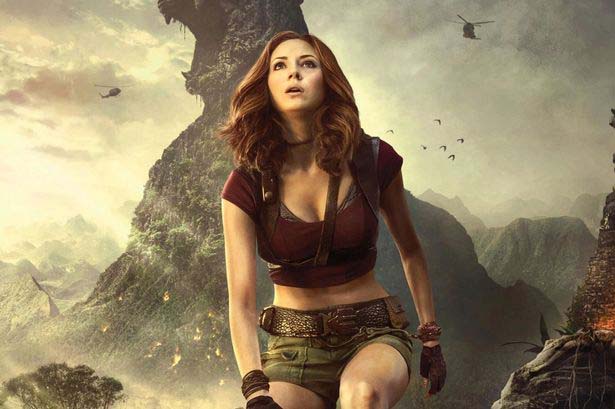 In 2014, Karen became cast in the superhero film ‘Guardians of the Galaxy’ which based on a Marvel Comics superhero team of the same name. She portrayed Nebula, an alien super-villain who is known as a brutal space pirate. This film was directed by James Gunn which became a huge success commercially, earning more than $770 million on a budget of around $230 million. It also earned two Oscar nominations. She then played the lead role in the TV series ‘Selfie’ in the same year.

Furthermore, in 2015, she appeared in two feature films, ‘The List’ and ‘The Big Short’. She also played ‘7 Days in Hell’ in the mockumentary TV film in a supporting role. The same year, she directed, wrote, and served as an executive producer for the short film ‘Coward.’ The following year, she played a supporting role in the film ‘In a Valley of Violence,’ though the film didn’t do well commercially, which met with positive reviews from critics.

Furthermore, her next notable role was in the superhero film ‘Guardians of the Galaxy Vol. 2’ in 2017. It was the sequel to the 2014 film ‘Guardians of the Galaxy’. She reprised her role in the sequel’ Guardians of the Galaxy Vol. 2′. Like the prequel, it was also a huge success commercially. The film won several Teen Choice Awards as well. She also did another two movies’ The Circle’ and ‘Jumanji: Welcome to the Jungle’ the same year, alongside the stars like Dwayne Johnson, Jack Black, Kevin Hart, Madison Iseman, Nick Jonas, and Bobby Cannavale. She did not only focus on acting, but she also directed and wrote the film. In 2018, she played a lead role in the movie ‘The Party’s Just Beginning’ which was her own directional and writing.

Apart from films and TV series, Karen has also done one of the music videos in 2014 named ‘Happy Idiot’. She has also worked in theatre as a theatre artist on Broadway in a play called ‘Time to Act.’ She has also voiced advertisements for eHarmony and The Royal Bank of Scotland.

Karen Gillan has won and received many awards and nominations. One of her important awards is the ‘Cosmopolitan “Woman of the Year” Award’ for Best Actress for her role in the TV series ‘Doctor Who’ in 2010.  Likewise, she also won the 5th Young Scot Award in the same category for the same role. She was also nominated for two National Television Awards in the category of ‘Best Female Drama Performance’ as well, out of which she won one. She received multiple awards for her role in ‘Guardians of the Galaxy’, including the ‘Empire Award’ for Best Newcomer in 2015. Moreover, she also won the London IFF Film Festival Award for Best Lead Actress in a Short Film for her role in ‘Bound for Greatness’ in 2016. 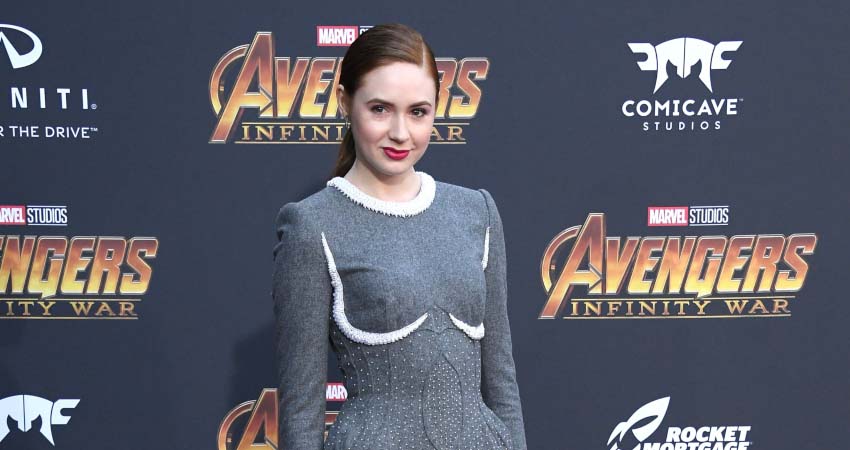 Karen Gillan previously dated Patrick Green and Andrew Brooke. Currently, she is single. Other than her work in the film industry, she has also worked with the global charity cause named ‘Fashion Targets Breast Cancer’.

Karen Gillan earns from her acting career. She has appeared in numerous films, television series, and stage play. Her primary income comes from working in the entertainment industry. As of 2020, her net worth is approximately $16 million.