Who is Kathryn Hahn?

Kathryn Hahn is an American actress and comedian best known fleonor her supporting roles in a number of major comedy films, including ‘How to Lose a Guy in 10 Days’ in 2003, ‘Anchorman: The Legend of Ron Burgundy’ in 2004, ‘Step Brothers’ in 2008, ‘Our Idiot Brother’ in 2011, ‘We’re the Millers’ and ‘The Secret Life of Walter Mitty’ in 2013, ‘Bad Moms’ and its sequel in 2016 and 2017. She is also popular for her role as Lily Lebowski in the NBC crime drama series ‘Crossing Jordan’ from 2001 to 2007. Hahn starred in the comedy-drama film ‘Afternoon Delight’ as the lead actress in 2013. This movie was directed by Jill Soloway. 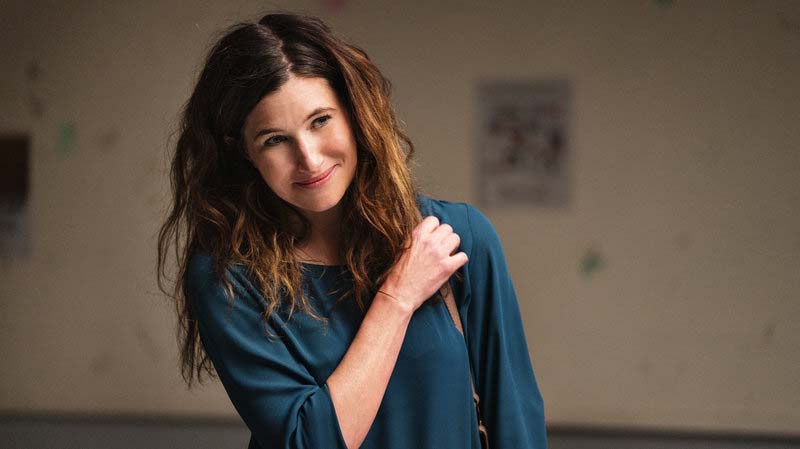 Kathryn Hahn was born on July 23, 1973, in Westchester, Illinois, United States. She was raised a Catholic by her father and mother, Bill Hahn and Karen Hahn, respectively. She was a single child and grew up with German, Irish and English ancestry. Later, she grew up in Cleveland Heights, Ohio, for her studies. She has a Leo zodiac sign and is currently 47 years old.

Kathryn Hahn holds an American nationality. She follows Christianity as her religion and belongs to White ethnicity. She has a pair of blue colored eyes and light-brown colored hair. Besides this, she stands 5 feet 5 inches (1.65m/ 165cm) tall and weighs around 61 kg (134lbs). Her body measurement is 35-26-36 inches.

Kathryn Hahn attended the Beaumont School in Ohio for her schooling. Then, she attended Northwestern University for her graduation. She graduated from there, obtaining a ‘Bachelor’s degree in Theatre.’ Moreover, for her Masters, she attended Yale School of Drama in ‘Masters in Fine Arts’ for learning and persuading her career in acting.

At the age of 8, she was a curtain puller at the Cleveland Play House. She starred in a local children’s show in Cleveland called ‘Hickory Hideout’ when she was younger.

Kathryn Hahn met Ethan Sandler when she studied at ‘Northwestern University.’ After dating for a few years, Sandler proposed to her in 2000. Hahn married Sandler on January 3, 2002. In 2006, Sandler and Hahn were blessed with a son named Leonard. In 2009, Hahn gave birth to a daughter named Mae. 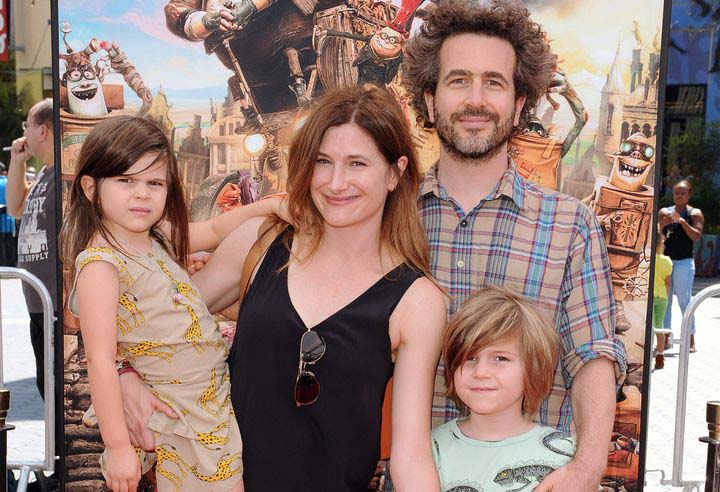 Hahn’s first appearance on a show was NBC’s Hickory Hideout, a puppet show for children. Similarly, when she attended a theater festival, she met an NBC casting director, Tim Kring, who created the role of Lily Lebowski in ‘Crossing Jordan’ for her. The series released in 2001 and aired till 2007. Hahn stated that working with the ‘NBC’ and ‘Tim Kring’ developed a huge leap of faith within herself. Similarly, in 2003 Hahn appeared in a supporting role alongside Kate Hudson and Matthew McConaughey in the romantic comedy film ‘How to Lose a Guy in 10 Days’ directed by Donald Petrie, based on a short cartoon book. The following year, she was cast in many movies like ‘Win a Date with Tad Hamilton,’ ‘Anchorman: The Legend of Ron Burgundy’ and ‘Around the Bend.’

Later, Hahn had more supporting roles in ‘A Lot like Love’ starring Ashton Kutcher and Amanda Peet; ‘The Holiday in 2006 with Cameron Diaz; the science fiction adventure drama ‘The Last Mimzy’ in 2007 alongside Rainn Wilson; ‘Step Brothers’ in 2008; ‘Revolutionary Road’ in 2008 starring Leonardo DiCaprio and Kate Winslet; and ‘The Goods: Live Hard, Sell Hard’ in 2009, ‘How Do You Know’ in 2010, ‘Our Idiot Brother’ in 2011, and ‘Wanderlust’ in 2012.

Talking about her television series, Hahn starred alongside Hank Azaria in the short-lived NBC comedy series ‘Free Agents,’ a 2011 remake of the British series of the same name. She received a lot of praise for her recurring role on the NBC comedy series ‘Parks and Recreation’ as Jennifer Barkley from 2012 to 2015. She also received a nomination for her performance in this series.

Hahn got her first lead role in ‘Afternoon Delight,’ the comedy-drama film. The film premiered at the 2013 Sundance Film Festival. In the same year, she became a cast opposite to Jenifer Aniston for the film ‘We’re the Millers,’ which hit the box office. She was more in the comedy genre. Eventually, in 2014 she was starred in the film ‘Bad Words,’ ‘This Is Where I Leave You. Likewise, she played in the film. She’s Funny That Way’ alongside Owen Wilson, Imogen Poots, Debi Mazar, Will Forte, Rhys Ifans, and Jennifer Aniston. In 2014, she appeared in the dark comedy-drama ‘Transparent’ as Rabbi Raquel. She was critically acclaimed and received Emmy nominations.

Similarly, in 2015 she appeared in the Showtime comedy-drama ‘Happyish’ alongside Steve Coogan. Unfortunately, the show was canceled after season one due to bad ratings. She also featured in ‘Tomorrowland’ and ‘The Visit.’ ‘The Visit’ had a horror hit in the box-office. She also appeared in ‘Captain Fantastic’ alongside Viggo Mortensen in 2016. Also, in the same year, she starred in ‘Bad Moms.’ Following the financial success from ‘Bad Moms,’ a sequel titled ‘A Bad Moms Christmas’ released. The sequel earned more than $130 million with a budget of $28 million. 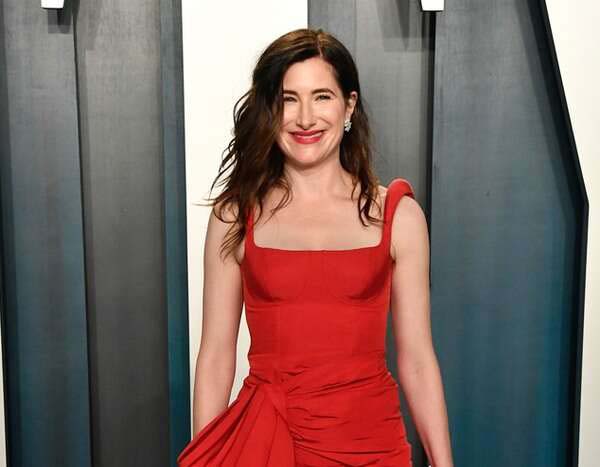 In 2018, she did the drama film ‘Private Life’ which got critical acclaim for her performance. Additionally, she also started doing TV commercials for Chrysler. She also lent her voice for two animated movies in the same year. Hahn in 2019 stared in HBO comedy miniseries ‘Mrs. Fletcher’. She is mostly focused on television series nowadays.  Currently, in 2020 she is starring in the HBO miniseries ‘I Know This Much Is True,’ which is based on the novel of the same name. Also, Hahn has joined the Marvel Cinematic Universe by starring in the Disney+ miniseries’ Wanda Vision’ as a noisy neighbor.

In 2012, Hahn received a nomination for Critics Choice Television Award. Similarly, in 2017, she received a Primetime Emmy Award for Outstanding Supporting Actress in a Comedy Series nomination for her work in ‘Transparent.’ Likewise, in 2018 she became a nominee for Satellite Award and Gotham Award.

Kathryn Hahn has been working as an actress has amassed a lot of money from her acting career. Her net worth is approximately $2million.