Kyle Chandler is an American actor who has joined the entertainment field in 1988. It has been more than 30 years since he got involved in this field. Starting his acting career from television series, he has eventually landed roles in different movies. This actor is well-known for his sports drama TV series ‘Friday Night Lights’ where he played Eric Taylor. 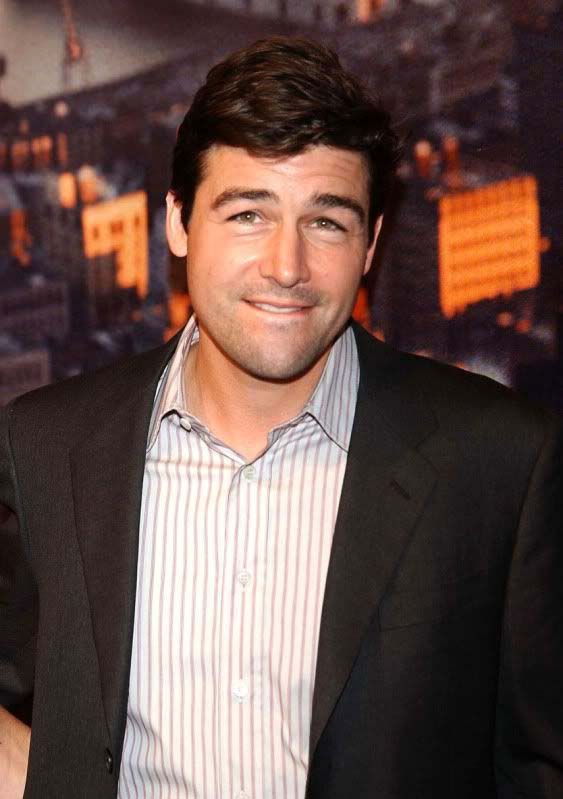 Kyle Martin Fitzgerald Chandler was born on 17 September 1965 in Buffalo, New York. He was born to his father, Edward Chandler, who worked as a pharmaceutical sales representative, and to his mother, Sally Jeanette. Likewise, he is the youngest child among his three siblings. Additionally, he is currently 55 years old with a Virgo star sign.

Kyle Chandler attended George Walton Academy in Monroe, Georgia. After his graduation in 1983, he enrolled at the University of Georgia, where he majored in Drama. Later, he dropped out of college in 1988 to pursue a career in television.

Kyle Chandler holds an American nationality, and as per her ethnicity, he is White. He is of German, English, and Irish ancestry. He is a devoted Christian.

Besides this, he stands 6 feet and 1 inch (1.85m/185cms) tall and weighs around 80kgs (176lbs). He has an athletic body figure with a broad jawline. Moreover, he has a pair of hazel-colored eyes and dark brown colored hair.

Talking about his love life, Kyle dated Kathryn Macquarrie for a long period of time. They met first time in a dog park while walking their dogs. Finally, in 1995, he shared his vows with his love Kathryn. This couple is famous for their love story and 25 years long marriage.

This couple together is blessed with two daughters named Sydney and Sawyer. They are currently residing in Texas, United States. Sydney is their eldest daughter, a university student, and her younger daughter Sawyer is in her senior year of high school. 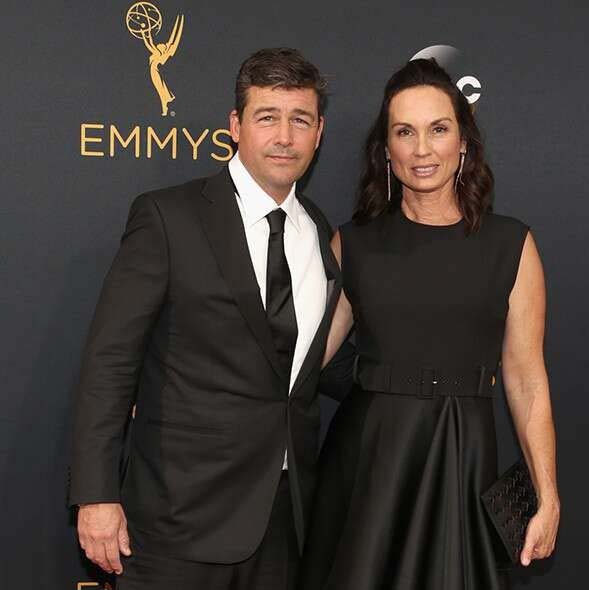 This actor is a versatile actor who has contributed a lot to the entertainment field. Starting his career in 1988, he has vigorously worked in the industry to date. As a result, he is one of the known faces in the Hollywood industry.

Kyle Chandler made his debut film role in the 1990 film ‘The Color of Evening,’ where he played John. Two years later, he featured in ‘Pure Country’ as Buddy Jackson. Likewise, he appeared in movies like ‘Mulholland Falls’ in 1996, ‘Angel’s Dance’ in 1999, and ‘King Kong’ in 2005. Chandler then became one of the casts of the action thriller film ‘The Kingdom‘ alongside Jamie Foxx, Chris Cooper, and Jennifer Garner in 2007. Similarly, he then featured in ‘Morning’ in 2010, ‘Super 8’ in 2011, and ‘Zero Dark Thirty’ in 2012. The same year, he also featured in a historical drama thriller film based on the novel. Finally, he played Hamilton Jordan, and this role earned him various awards.

Furthermore, in 2013 he appeared in four different films in which he had a voice role for one film. His next film appearance happened in ‘Carol’ in 2015, ‘Manchester by the Sea’ in 2016, and ‘The Vanishing of Sidney Hall’ in 2017. Likewise, in 2018, he played in two films portraying the role of Brooks Davis in ‘Game Night’ and ‘First Man’ as Deke Slayton. Then, in 2019, he appeared in ‘Godzilla: King of the Monsters’ as Mark Russel, where he shared the screen with Vera Farmiga, Millie Bobby Brown, Bradley Whitford, Sally Hawkins, Charles Dance, etc. Lastly, his last played film in 2020 is ‘The Midnight Sky’ as Mitchell Rembshire.

Talking about Kyle’s television show, he mostly appeared in the television film. His debut TV role also happened to be a television movie ‘Quiet Victory: The Charlie Wedemeyer Story’ in 1988. After that, till 1990, he appeared in two television films and three series. His primary role came in the drama series named ‘Homefront,’ where he played Jeff Metcalf. This series ran for three years, from 1991 to 1993. Likewise, his next 1990s roles were ‘North and South Book III: Heaven and Hell,’ ‘Sleep, Baby, Sleep,’ and ‘Early Edition,’ which ran from 1996 to 2000. After this, in 2000 and 2003, he appeared in the central role of the series ‘What About Joan?’ and ‘The Lyon’s Den.’

Similarly, the next featured in a medical drama TV series ‘Grey’s Anatomy‘ from 2006 to 2007. Then, in 2006, he was cast in a sports drama TV series ‘Friday Night Lights’ where he played Eric Taylor. This series lasted till 2011, which garnered critical acclaim. Meanwhile, he has a voice role in ‘King of the Hill’ in 2008, ‘Robot Chicken’ in 2011, and ‘American Dad!’ in 2014. Chandler then appeared in the Netflix thriller drama TV series ‘Bloodline’ in 2015, which ran in 2017. It starred actors like Ben Mendelsohn, Linda Cardellini, Norbert Leo Butz, Jacinda Barrett, etc. Moreover, his last two played series are ‘Family Guy’ in 2016 and ‘Catch-22’ in 2019. 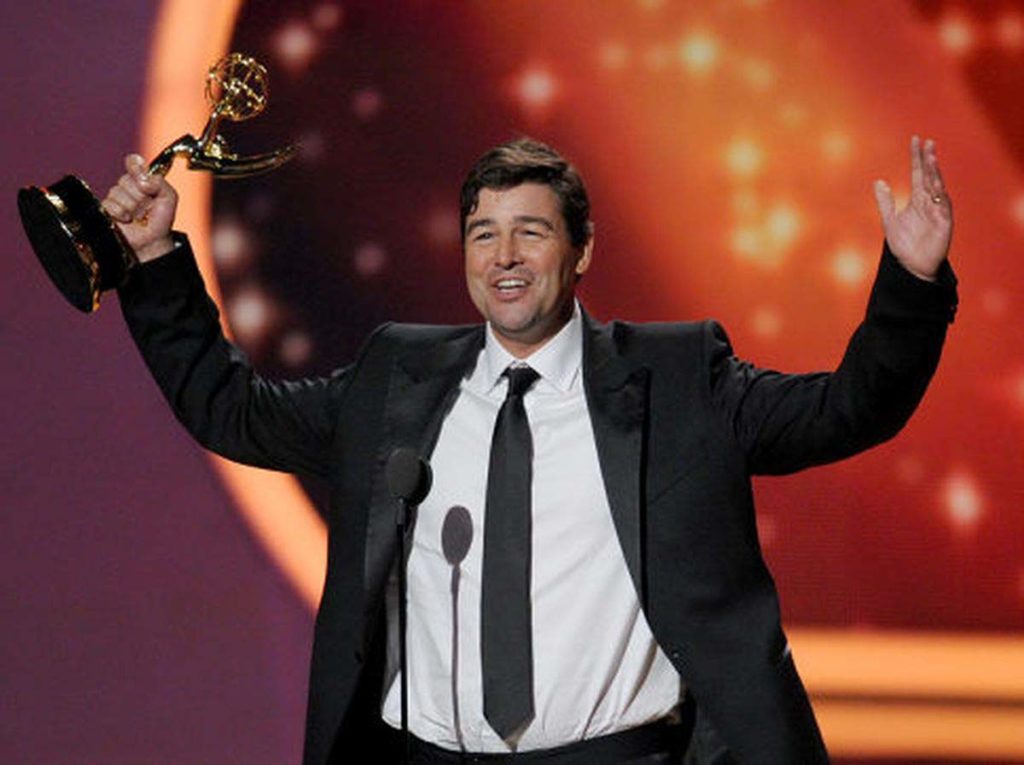 Claire Foy received her first award from the Saturn Awards in 1997. He then won the Primetime Emmy Award for his series ‘Friday Night Lights’ in 2011. Likewise, for his film ‘Agro,’ he won awards like the Hollywood Film Award in 2012, Palm Springs International Film Festival Award, and Screen Actors Guild Award in 2013.

Kyle Chandler is an American actor and producer who has already spent over 30 years of his life in this industry. Likewise, he has garnered huge popularity as well as earned a handsome amount of money. This actor’s major source of income comes from his acting and producing career. His net worth as of 2021 is estimated to be $9 million.