Who is Lindsay Lohan?

Lindsay Lohan is a popular figure in the entertainment industry. Professionally, she is an actress, singer, producer, songwriter, and entrepreneur. Lindsay has been working in the industry at a very young age and was even signed at the modeling agency Ford Models.  33-year-old Lindsay has been in the entertainment industry since 1989. You may also know her from movies like Freaky Friday, Mean Girls and Confessions of a Teenage Drama Queen.

Lindsay Lohan was born on July 2, 1986, with the name Lindsay Dee Lohan in The Bronx borough of New York City, United States. Her parents are Michael Lohan and Dina Lohan. She has three siblings, two younger brothers named Michael Jr. Lohan and Dakota “Cody” Lohan, and one younger sister named Aliana Lohan. Talking about her family background, Michael is a former Wall Street Trader and Aliana is a former singer and dancer. She belongs to Irish and Italian heritage and has American nationality. Furthermore, she is Roman Catholic by religion. 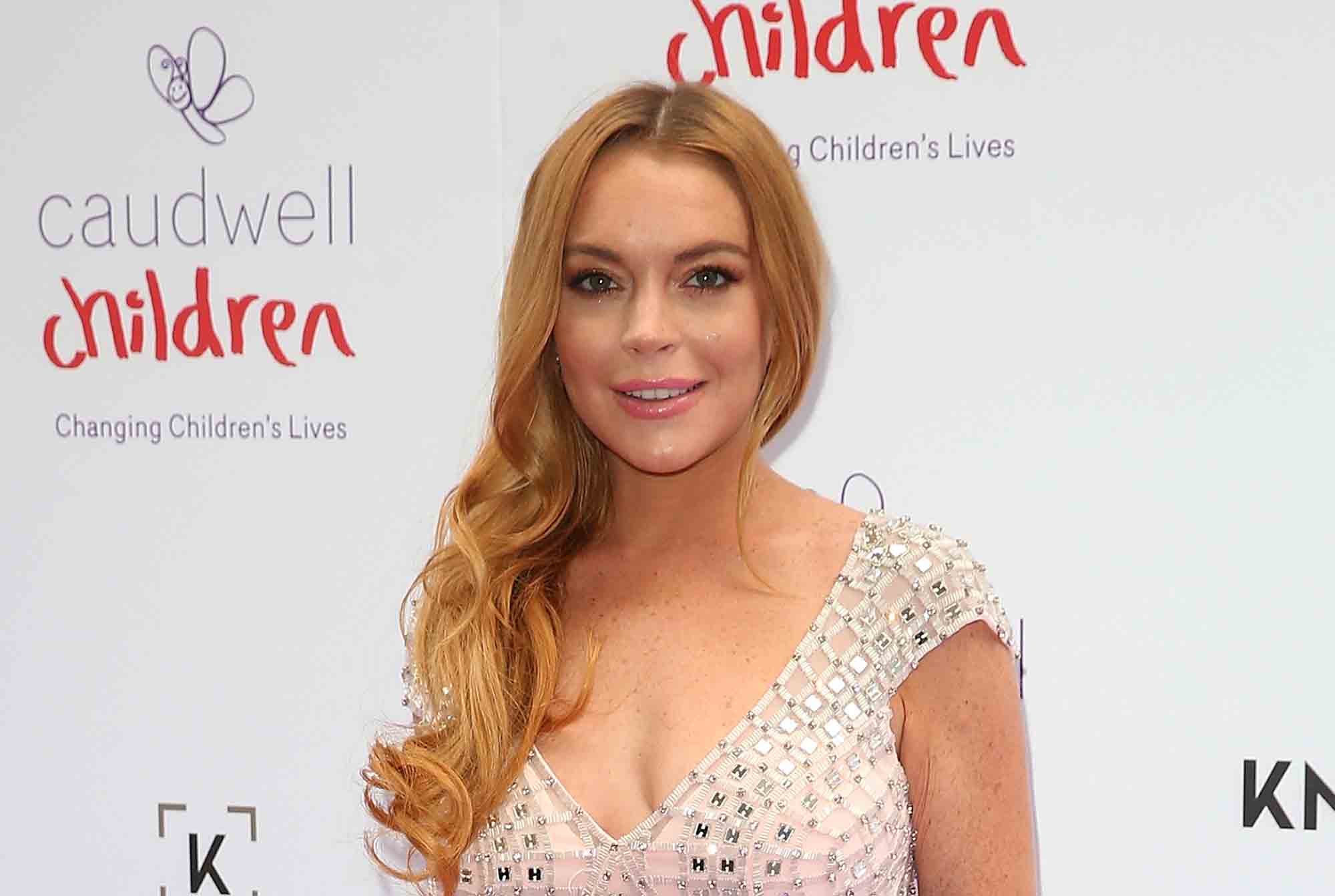 Talking about Lohan’s educational qualifications, she is a high school graduate. She attended Cold Spring Harbor High School at the beginning and then attended the Sanford H. Calhoun High School. She was homeschooled from grade 11.

Lindsay’s height is 5 feet and 5 inches and her weight is around 52 kilograms. She has a fit body of measurement 36-24-35 inches. She has a beautiful pair of blue eyes with red hair. Furthermore, Lohan has done procedures on her body like lip job and cosmetic surgery. Her raspy voice, freckles, and red hair are some of her distinctive features.

Lindsay is a fashionable woman and loves to style. She loves the color pink and like accessories like Leather Boots, Leather Jacket, Ray-Ban Aviator Sunglasses, and Leggings. 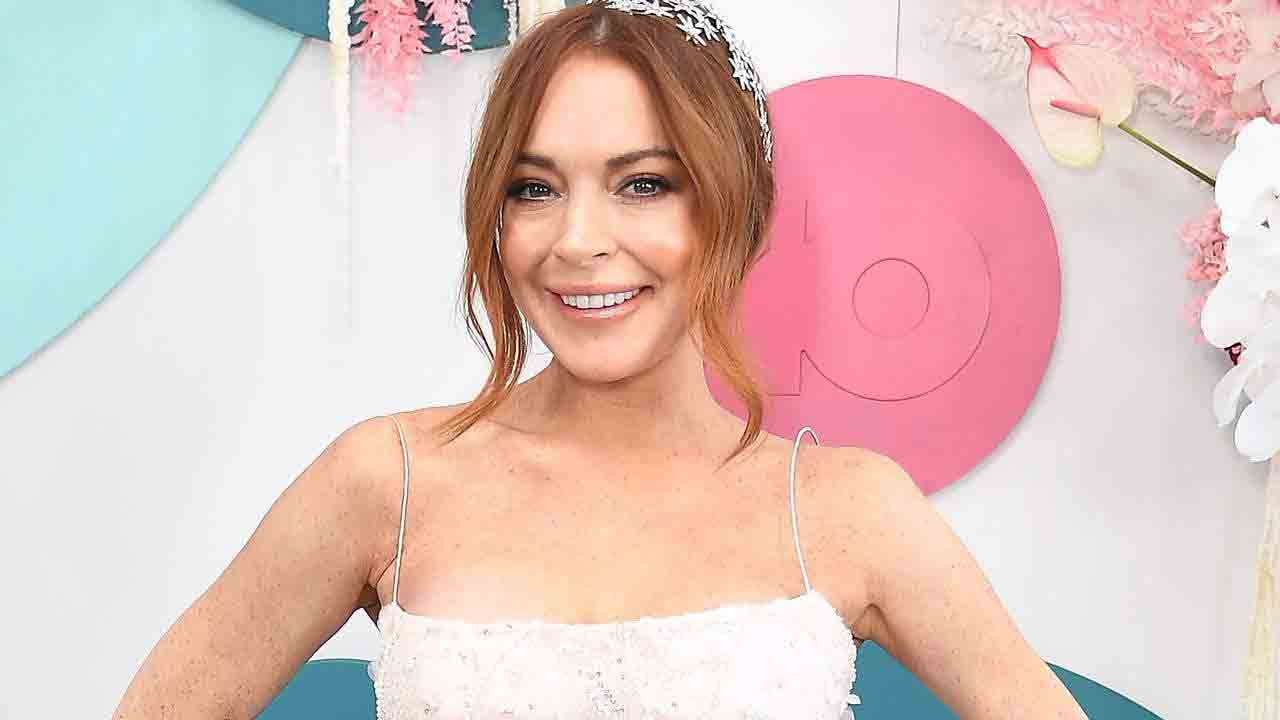 Lohan has publicly stated that she is bisexual. Lohan’s first public relationship was with Wilmer Valderrama, an actor in 2004. However, the couple broke up and Lindsay wrote a song for him titled “Over” about her dating experience with him. She then dated Harry Morton in 2006. Harry is the owner of the Hard Rock Cafe. Lindsay then dated DJ Samantha Ronson for a year since 2008. She was then linked with a Russian millionaire Egor Tarabasov in 2016. However, the couple only lasted for a year.  Furthermore, Lindsay is frenemies with Paris Hilton and friends with Kim Kardashian.
Apart from these relationships, Lohan was also romantically linked with celebrities like Leonardo DiCaprio, Bruce Willis, Joaquin Phoenix, Brody Jenner, Heath Ledger, Evan Peters, and Max George.

Lindsay has released two studio albums titled Speak and A Little More Personal in 2004 and 2005 respectively. Furthermore, she also has six singles and six music videos. Her singles are titled Rumors, Over, First, Confessions of a Broken Heart (Daughter to Father), Bossy, and Back to Me. Lohan is expected to release her third studio album in 2020.

She played the roles of Jude Hanson, Rachel Wilcox, and Aubrey Fleming/ Dakota Moss in movies Chapter 27, Georgia Rule, and I Know Who Killed Me respectively in 2007. Two years later, she played the role of Thea Clayhill in the movie Labor Pains. In 2010, Lohan played in the movie Machete as April Booth. She then played in the movie Liz and Dick as Elizabeth Taylor two years later. In 2013, Lindsay played two movies titled Inappropriate Comedy and The Canyons as Marilyn and Tara respectively. She appeared in a movie 6 years later as Patricia Sherman in the movie Among the Shadows. Her upcoming movie is titled  Cursed, which is currently in pre-production.

Lindsay has also made appearances in many television series and programs. She appeared in Late Night with David Letterman in 1992 as a guest. She then had a recurring role of Alexandra “Alli” Fowler in series Another World from 1996-1997. Three years later, Lohan appeared in one episode of Bette as Rose. She then played the voice role of Jenny Medina and the role of Danielle in King of the Hill and That ’70s Show in 2004 for one episode each. Furthermore, she also made appearances in Ugly Betty, Anger Management, Eastbound & Down, 2 Broke Girls, and Sick Note.

Lindsay’s current net worth is estimated to be around $1.2 million. Previously, her net worth is around $46 million. However, she lost most of her money in debt.