Jun 16, 2020 Desperate Housewives, How I Met Your Mother, Kick-Ass, Matthew Smiley, Noah Bean, The Young and the Restless

Lyndsy Fonseca is an American actress. She is famous for portraying Penny Mosby as the daughter of the CBS sitcom How I Met Your Mother. She is also known as Donna on HBO’s Big Love and as Dylan Mayfair on the fourth season of the ABC television series Desperate Housewives. Besides, Lyndsy competed in the International Modeling & Talent Association.

She was recognized as the second runner-up for “Young Miss Dancer of the Year” and also was the first runner-up for “Miss Barbizon Young Miss Talent of the Year.” Furthermore, the actress is also an animal rights advocate, a human rights activist, and an environmentalist. She is also a vegan. 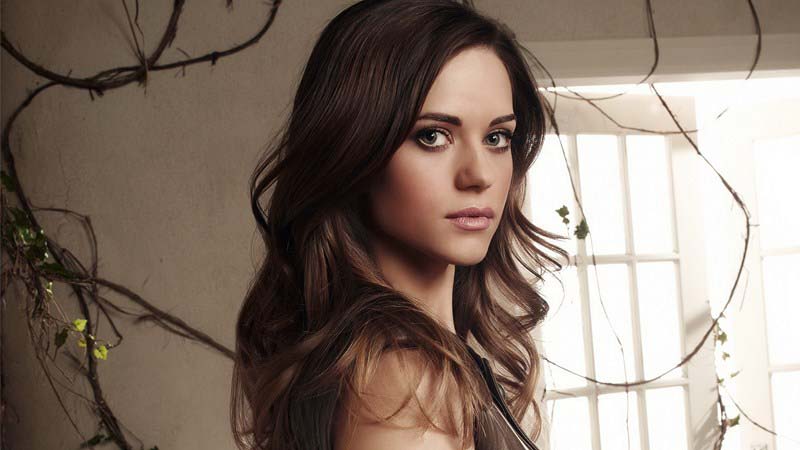 Where was Lyndsy Fonseca born?

Lyndsy Fonseca was born on January 7, 1987, as Lyndsy Marie Fonseca in Oakland, California, United States. She is currently 33 years old. Her zodiac sign is Capricorn. Fonseca is a daughter to father James Victor Fonseca and mother Lima Lynn (nee Bergmann). Her mother later married to attorney Reid Dworkin, through whom Lyndsy has a half-sister Hannah Leigh Dworkin. Besides, Fonseca studied in Barbizon Modeling and Acting school in San Francisco.

Where did Lyndsy receive her education?

After completing her course at Barbizon Modeling and Acting School, she relocated to Los Angeles. Eventually, she was soon discovered by a manager and agent and did her pilot season at the age of 13. Fonseca made her screen debut as Colleen Connelly-Carlton on the soap opera The Young and the Restless, where she starred for three years. She was also discovered b a talent scout in San Francisco. She ranked #62 on the 2010 Maxim Hot 100 and #88 on the 2011 list.

What is the distinctive feature of Lyndsy Fonseca?

Lyndsy holds an American nationality. As per her ethnicity, she is of a white race. She belongs to Portuguese, German, and English ethnicity.

Fonseca’s height is 5 feet 5 inches and her weight is about 54 kg with a body measurement of 35-24-34 inches.  Her hair color is dark brown and has blue eyes.

Who is Lyndsy Fonseca’s husband?

Lyndsy has married twice. She initially tied a knot with Matthew Smiley in April 2009. However, the couple separated in July 2012. Fonseca filed for divorce, citing “irreconcilable differences” in 2013.

Later, Fonseca announced her engagement with her co-star at Nikita, actor Noah Bean in February 2016. The couple married in October 2016 in Connecticut. Moreover, she gave birth to their daughter, Greta, in February 2018. 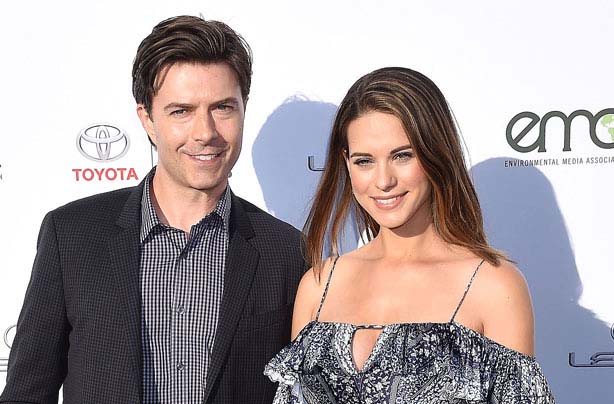 How did Lyndsy Fonseca begin her career?

Fonseca played a recurring role as Ted Mosby’s future daughter on the CBS sitcom as Penny Mosby on How I Met Your Mother in 2005. Stars like Cobie Smulders, Alyson Hannigan, Neil Pattrick Harris, Josh Radnor, Jason Segel have appeared in the series. Apparently, in the same year, she also played Donna on HBO’s Big Love. Also, she starred in Hallmark TV film Ordinary Miracles as a 16-year old juvenile delinquent who goes to live with a judge (Jaclyn Smith).

Lyndsy played Dawn in the film, remembers the Daze in late 2007. In the same year, she joined the cast of ABC’s Desperate Housewives as Dylan Mayfair. In 2010, Fonseca played Katie Deauxma in the superhero film Kick-Ass which was followed by appearances in three more American films in 2010, including Hot Tub Time Machine.

Apparently, in the same year, Fonseca has cast the starring role in the CW Television series Nikita as Alex, a new recruit. She played this role throughout the series’ four seasons. The Nikita cast also included her Kick-Ass co-star Xander Berkeley and her future husband, co-star Noah Bean.

Fonseca has associated with a lot of films and had started her journey in 2006 with the movie ‘Intellectual Property as Jenny. She played Dawn in ‘Remember the Daze’ in 2007. In 2010, she played Katie Deauxma in ‘Kick-Ass,’ Jenny in ‘Hot Tub Time Machine,’ and Iris in ‘The Ward.’ In 2011, she played ‘Fort McCoy’ as Anna Gerkey. She starred at Kick-Ass2 again as Katie Deauxma in 2013. In 2015, she played ‘The Escort’ as Natalia. Eventually, she played Danielle in the film ‘Moments of Clarity in 2016, and subsequently, she played ‘Curvature’ as Helen in 2017.

Fonseca started her journey on television in 2001. She associated with the series ‘The Young and the Restless’ as Colleen Carlton from 2001 to 2005. Also, during the time, she played Jenn Cardell in ‘Boston Public’ in 2003. In 2004, she played Olivia in ‘Malcolm in the Middle,’ Madison Bernstein in ‘NYPD Blue’ and herself in Switched!. In 2005, she starred ‘Ordinary miracles’ as Sally Anne Powell, ‘Cyber Seduction: His Secret Life’ as Amy. Subsequently, from 2006-2014, Fonseca played Penny Mosby in ‘How I Met Your Mother’ in the recurring role. She played the role of a daughter.

In 2006, Lyndsy played ‘Waterfront’ as Annabelle Marks and also played ‘Phil of the Future as Kristy. Subsequently, in 2006-2009, she also performed in ‘Big Love’ as Donna. In 2007, Lyndsy played Jessica Conlon in ‘Close to Home,’ as Megan Cooper in CSI: Crime Scene Investigation, as Addie in the ‘House’ and as of April in ‘Heroes.’ Eventually, from 2007-2009, she starred as Dylan Mayfair in ‘Desperate Housewives.’

Furthermore, Fonseca played Alex Udinov in ‘Nikita’ from 2010-2013. Then, in 2011, she played ‘Five’ as Cheyanne. Likewise, from 2015-2016, Lyndsy played as Angie Martinelli in ‘Marvel’s Agent Carter’ and as Frankie in ‘Grandfathered.’ Fonseca played ‘RePlay’ as Allison, ‘The World’s Biggest Asshole’ as Sarah, and ‘Pitch’ as Cara. Fonseca cast Juno Bradley in ‘The Haunted.’ Lydnsy played Iris Blake in ’9-1-1: Lone Star’ and Amy Thomson in ‘You Can’t Take My Daughter.’

What are the achievements of Lyndsy Fonseca?

Lyndsy was nominated for Outstanding Performance by an Ensemble in a Comedy Series in Screen Actors Guild from Desperate Housewives in 2008 and 2009. Similarly, in 2010, Fonseca became a nominee for Breakout Performance-Female in Scream Awards from Kick-Ass. Furthermore, Lyndsy was nominated for Choice TV Actress: Action in Teen Choice Awards from Nikita in 2011, 2012, and 2013. 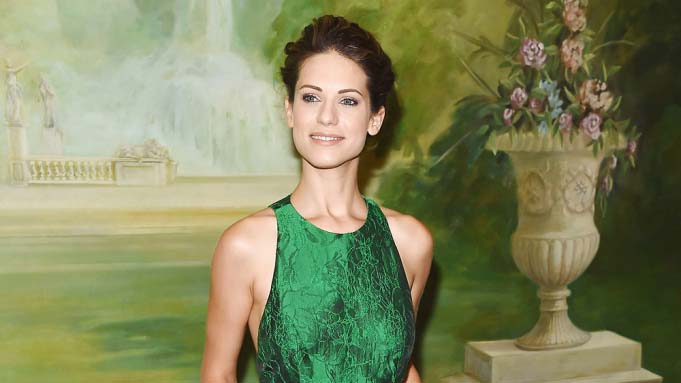 What is Lyndsy Fonseca’s net worth?

Fonseca has been living a luxurious lifestyle. She is a successful actress earning a lot of money and fame as well. As of 2021, his net worth is $2 million approximately.