Who is Margaret Qualley?

Margaret Qualley is an American actress and model who have been involved in this show business since 2011 and is actively working to date. She is also the daughter of a famous Vogue model named Andie MacDowell. Initially, Margaret was a trained ballet dancer who pursued her career in modeling. She appeared in numerous different magazines, and being successful in her modeling, she stepped into acting. Margaret is now very famous for her role in a biographical miniseries ‘Fosse/Verdon’ as Ann Reinking. Likewise, Margaret is also a singer, and she often sings with her elder sister named Rainey Qualley. 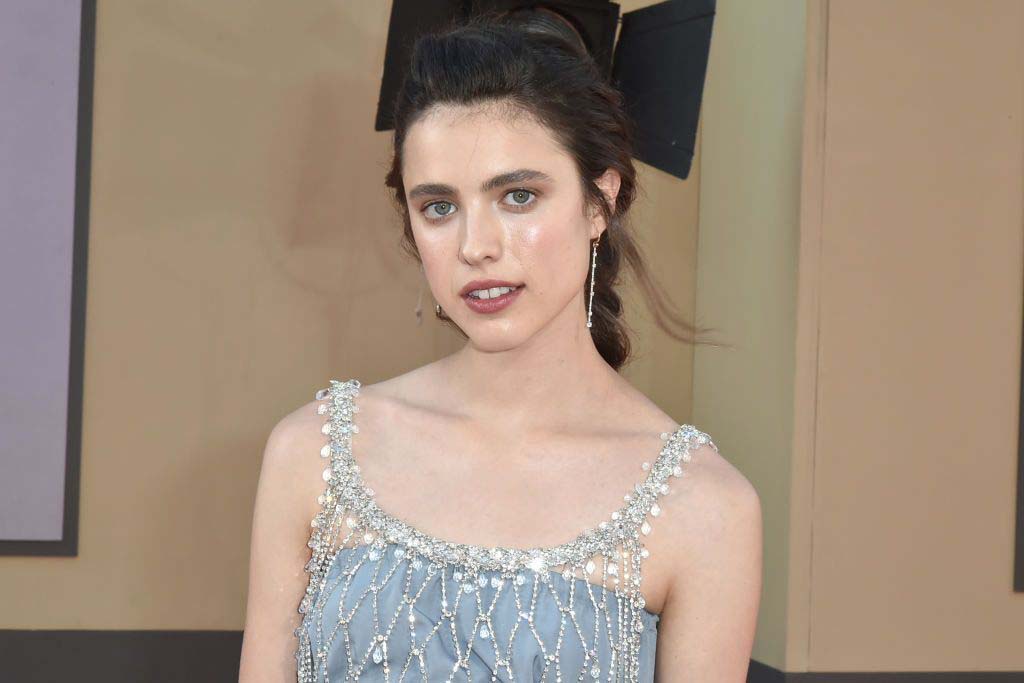 Margaret’s full named is Sarah Margaret Qualley, who was born on October 23, 1994, in Montana, United States. She comes from a family where both of her parents are involved in this entertainment field. Her father is a musician, rancher, and a model named Paul Qualley, whereas her mother is an actress and model named Andie MacDowell. She is the youngest child of the family, having an elder sister and an elder brother named Rainey and Justin. They both are singers and actors. Margaret is currently 24 years old with a Scorpio star sign.

As per Margaret Qualley’s nationality, she is an American and belongs to White ethnicity. Besides this, her body measures 34-26-34 inches, respectively, with an hourglass body type. Margaret stands 5 feet and 8 inches (1.73m/173cm) tall and weighs around 59 kg (129lbs). Moreover, she has dark brown hair color with light blue colored eyes.

Margaret Qualley was just five years old when her parents decided to go through her own paths and get a divorce. She also was a ballet trainer and studied ballet at American Ballet Theatre. Qualley also attended the North Carolina School of the Arts. For her acting class, she studied at the Royal Academy of Dramatic Art in London.

Margaret Qualley was involved in a relationship with Nat Wolff in 2011, but sadly they broke up in 2014. It is currently rumored that she is dating Cara Delevingne, but nothing official announcement is being made by both of them. 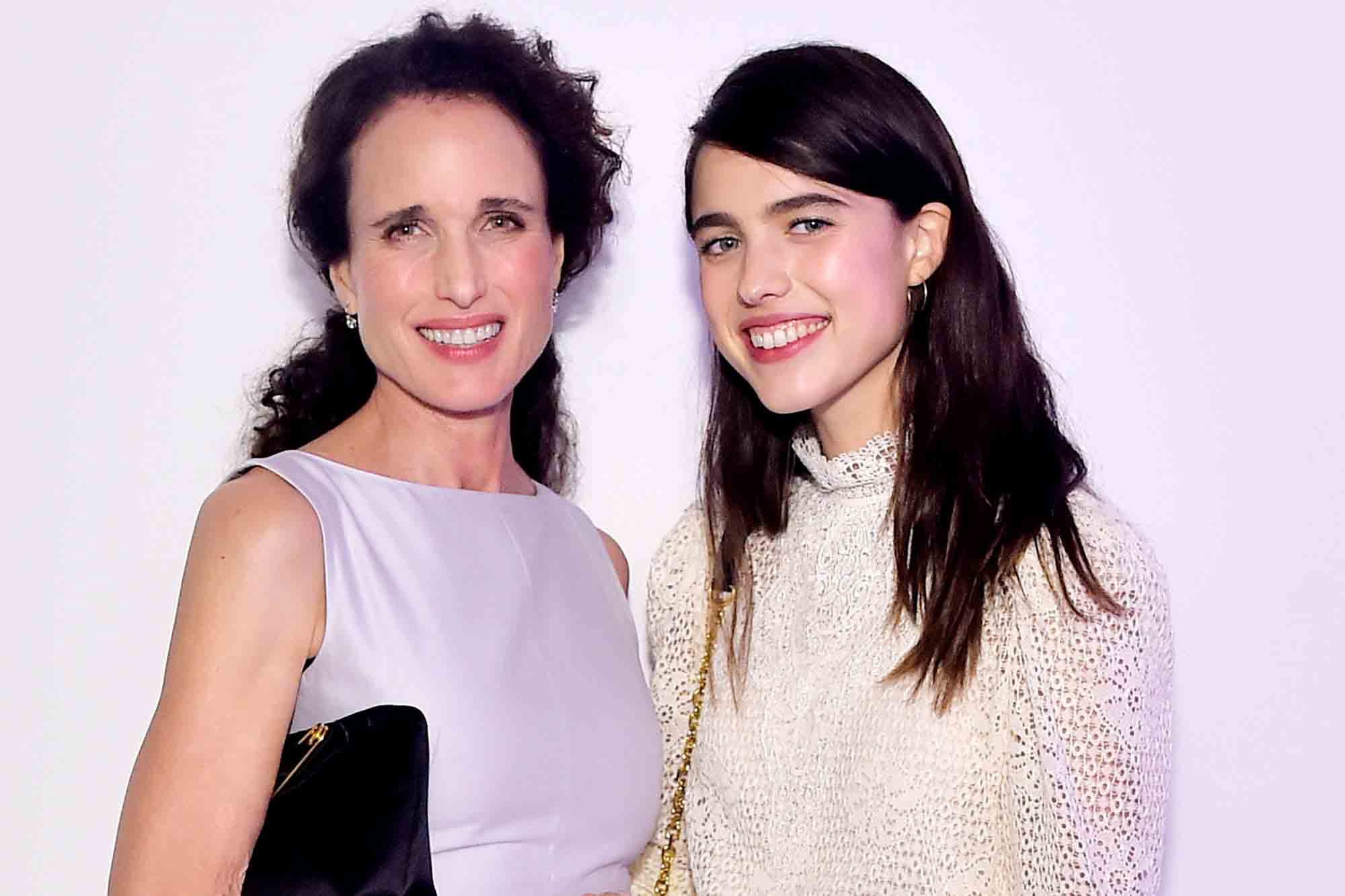 Margaret Qualley is an active user on social media platforms. She has 651 thousand followers on her Instagram account (@margaretqualley). Though she does not have official Facebook and Twitter accounts, there are many of her fan pages.

Margaret Qualley decided to pursue her career in modeling, and in 2011 she shifted to New York for better opportunities. Qualley walked in the New York Fashion Week for Alberta Ferretti and did ramp modeling for Paris Fashion Week for brands like Ralph Lauren, Valentino, and Chanel. Moreover, she also modeled for magazines and featured in famous magazines like Vogue, Nylon, W, Vanity Fair, and Teen Vogue. Since 2015, she is in contract with IMG Models and Uno Models Barcelona and has been working with them.

Since Margaret Qualley was also interested in acting, she landed her big-screen appearance in the 2013 film ‘Palo Alto’ with a small Raquel role. She then again appeared in the cinema after three years in ‘The Nice Guys’ in 2016. During 2017, she cast in three different films, such as ‘Novitiate,’ ‘The Vanishing of Sidney Hall,’ and ‘Death Note,’ a supernatural thriller film where she played as Mia Sutton / Kira. The next year, she featured in ‘Donnybrook’ as Delia Angus. Likewise, the year 2019 was full pack to her as she appeared in five different films. They were ‘Native Son,’ ‘Io,’ ‘Once Upon a Time in Hollywood,’ ‘Adam,’ ‘Strange but True’ and ‘Seberg.’ Then in 2020, she did one short film called ‘Wake Up’ and a Canadian-Irish drama film ‘My Salinger Year’ as Joanna. 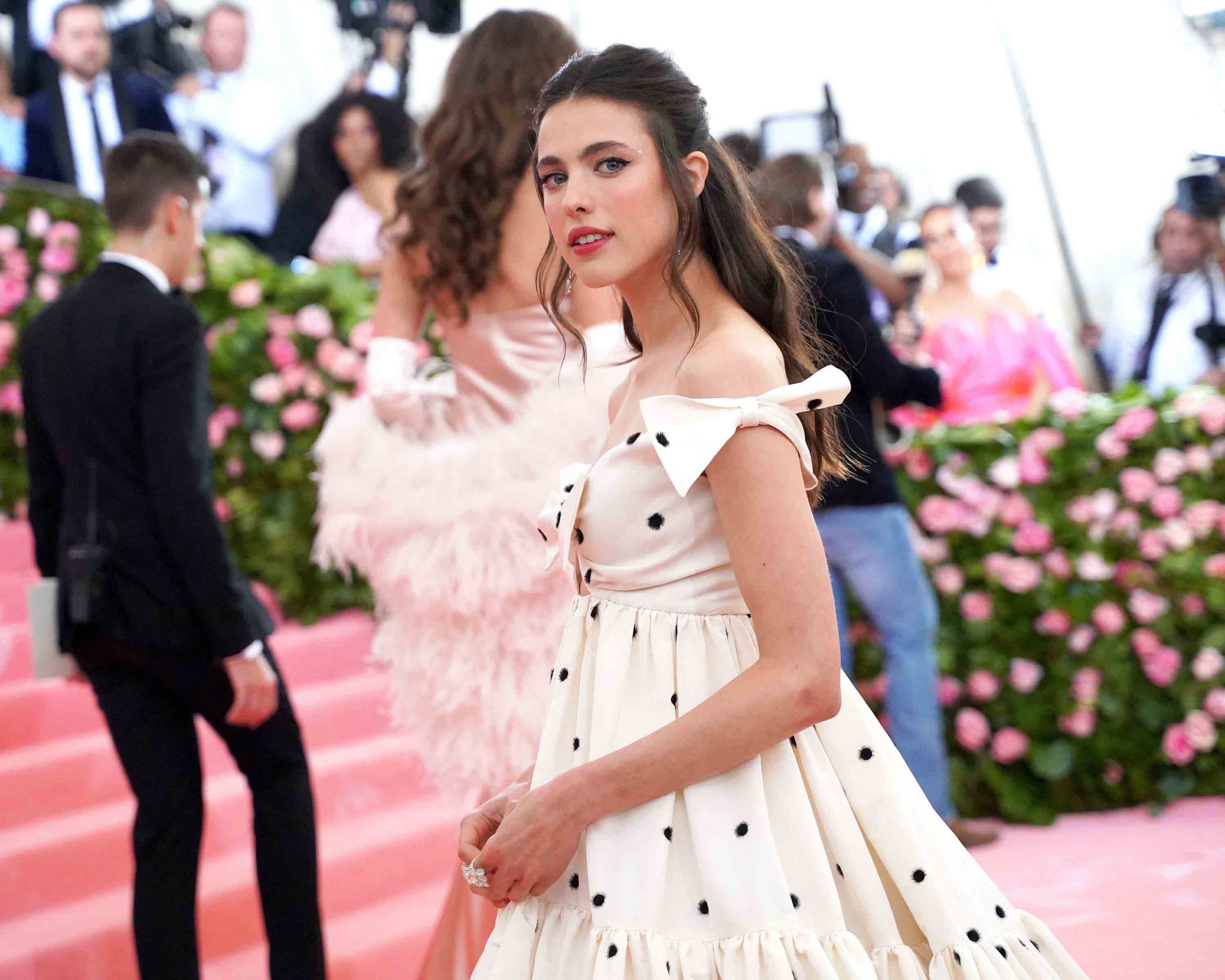 Talking about her television career, Margaret debuted her TV role of Jill Garvey in the HBO series ‘The Leftovers’ in 18 episodes, which ran from 2014 to 2017. Furthermore, she appeared in a television select show ‘Asesinato en el Hormiguero Express’ in 2018. Her prominent role came in 2019, where she was recognized widely by the audience in ‘Fosse/Verdon,’ which is a biographical miniseries, and she portrayed the role of Ann Reinking. She is currently working for her upcoming Netflix drama web series ‘Maid.’

Margaret Qualley has received three nominations, but she did not bag any of them. The nominations were one from Primetime Emmy Awards in 2019 and the other two from Critics Choice Television Awards and Screen Actors Guild Awards in 2020.

Margaret Qualley is a well-known celebrity in the Hollywood industry. She has earned name, fame, and money as well through her career. As of 2020, her net worth is $3 million approximately.