A German-American actor, stand-up comedian, producer, and writer who is well-known for his film series 'Big Momma's House' as Malcolm Turner.

Who is Martin Lawrence?

Martin Lawrence is a German-born American actor, stand-up comedian, producer, and writer who has vigorously worked in the entertainment field from 1987 to date. He initially started his career in show business by doing comedy shows. Shortly after this, he appeared in comedy TV Shows and eventually landed in films and series. He is well-known for his television show ‘Martin’ which ran from 1992 to 1997. Moreover, he stole the limelight when he appeared in the film series ‘ Big Momma’s House’ as an FBI agent, Malcolm Turner. Apart from acting, he is also a host who has hosted the famous show ‘Saturday Night Live’ in 1994. Moreover, he is also a former Golden Gloves boxer. 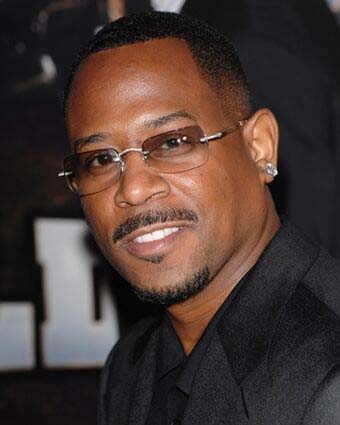 Martin Fitzgerald Lawrence was born on 16 April 1965 in Frankfurt, Hesse, West Germany. His father John Lawrence served in the US military from German, and his mother Chlora (nee Bailey) did odd jobs to support her family. He was seven years old when his family moved back to the United States. A year later, his parents divorced and he along with his five siblings was raised by her single mother. Additionally, he is currently 55 years old and is of an Aries sun sign.

Martin Lawrence holds an American nationality. As per his ethnicity, he belongs to Black with African American ancestry. Besides this, he stands 5 feet and 7 inches (171cm/1.71m) tall and weighs around 74 kg (163lbs). Moreover, he has an average body type, having a pair of dark brown-colored eyes and black hair color.

Martin Lawrence has a huge fan following in his social media accounts. His Instagram account (@martinlawrence) has 7.9 million followers and his Twitter handle (@realmartymar) has 197.1 thousand followers. Likewise, his Facebook page has 12 .5 million likes and 13.7 million followers. Moreover, he also has his YouTube channel with more than 190 thousand subscribers.

Martin Lawrence previously dated many celebrities. He engaged actress Lark Voorhies from 1993 to 1994. After their break up, he married Patricia Southall in 1995. This couple gave birth to their daughter on January 15, 1996, named Jasmine Lawrence. A year later after their daughter was born, they divorced. Likewise, he then married Shamicka Gibbs in 2010. This couple together has two daughters Iyanna Faith, born on November 9, 2000, and Amara Trinity born on August 20, 2002. Sadly, they separated after two years in 2012. Moreover, this actor engaged Roberta Moradfar in March 2017. They are still together. 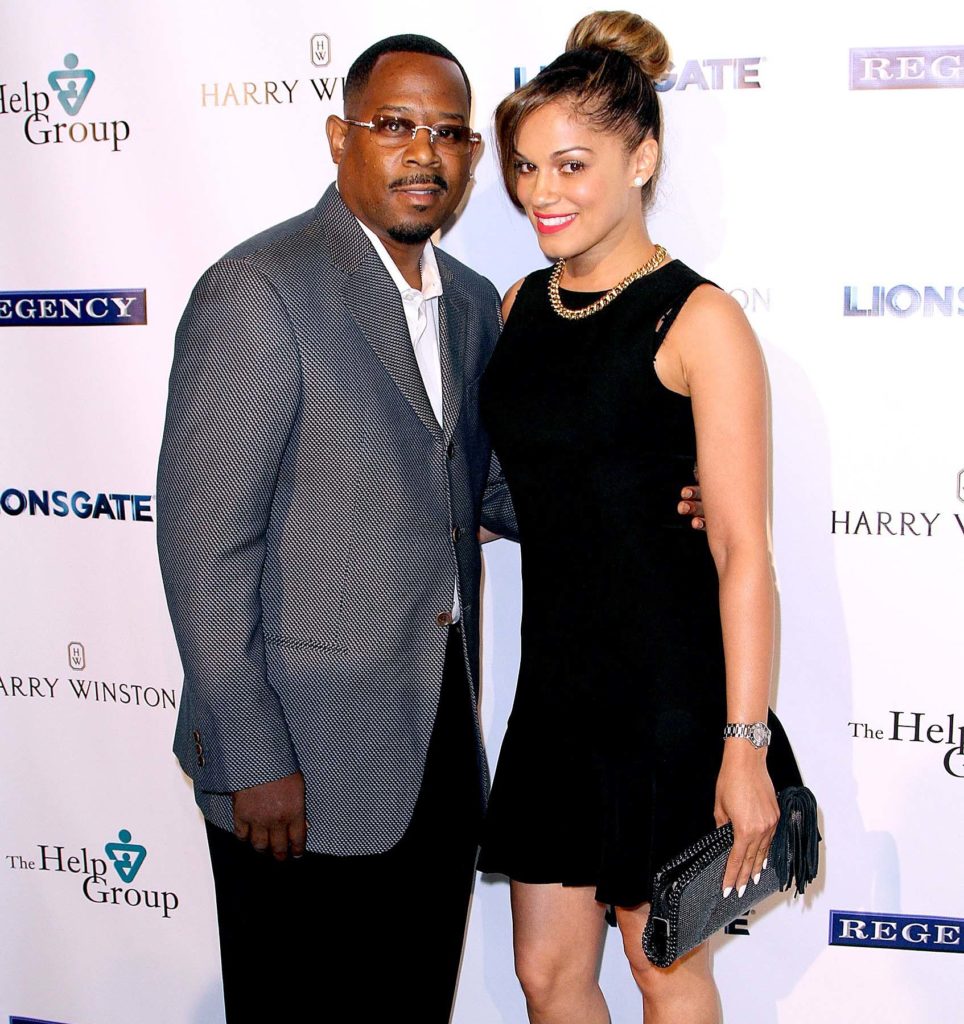 Martin Lawrence landed his debut television role in the 1987 sitcom ‘What’s Happening Now!!’ as Maurice Warfield. He appeared in 22 episodes till 1988. Likewise, his next role came in the animated cartoon series ‘Kid ‘n Play’ where he had a voice role. He then appeared in ‘Hammer, Slammer, & Slade’ in 1990 which is a TV movie. Moreover, he also hosted the shows like ‘Def Comedy Jam’ from 1992 to 1993 and ‘Saturday Night Live‘ in 1994. Meanwhile, he received his first break in TV in the 1992 sitcom ‘Martin’ where he played Martin Payne. He appeared in the sitcom for 132 episodes until till1997 and also became one of the network’s highest-rated shows during the sitcom’s run.

After this, he directly came into TV series in 2010. He became an executive producer for the series ‘Love That Girl!’ which lasted for one year. It starred Tatyana Ali, Bresha Webb, Phil Morris, Mark Adair-Rios, Alphonso McAuley, and Peter Oldring. Furthermore, he then appeared in ‘The Soul Man’ in 2014. His latest played series is ‘Partners’ in 2014. He played the role of Marcus Jackson appearing in 10 episodes.

Talking about Martin’s movies, his first film came in the 1989 ‘Do the Right Thing’ as Cee. In the next few years, he appeared as Bilal in ‘House Party’ in 1990 and ‘House Party 2’ in 1991. Likewise, he also had the role of Tyler Hawkings in ‘Boomerang’ in 1992. His next project was a stand-up film where he acted, produced, and wrote the film named ‘You So Crazy’ in 1994. Moreover, his next film ‘Bad Boys’ in 1995 became a huge commercial hit. It starred Will Smith, Tea Leoni, Theresa Randle, etc. His other films during the late 1990s were ‘A Thin Line Between Love and Hate’ where he also became director, executive producer, writer, and music supervisor, ‘A Thin Line Between Love and Hate,’ ‘Life,’ and many more.

Similarly, in 2000 he became an executive producer for the comedy film ‘Big Momma’s House’ and also acted as Malcolm Turner. This film became one of the notable films for Martin. The main stars were Nia Long, Paul Giamatti, and Terrence Howard. Moreover, he also reprised his role of Malcolm in the film series ‘Big Momma’s House 2’ in 2006, and ‘Big Mommas: Like Father, Like Son’ in 2011. Meanwhile, he also acted and became executive producer for the movies like ‘What’s the Worst That Could Happen?’ in 2001, ‘Martin Lawrence Live: Runteldat’ in 2002, ‘National Security’ in 2003, and ‘Rebound’ in 2005. Likewise, he also reprised the role of Detective Marcus Burnett in the film sequel ‘Bad Boys II’ in 2003 and ‘ Bad Boys for Life’ in 2020. 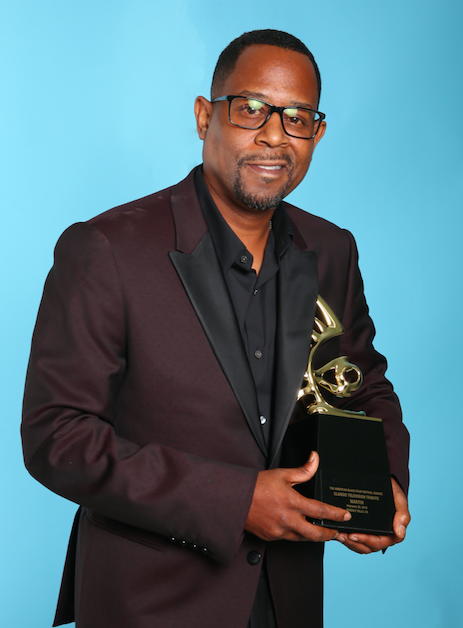 Martin Lawrence has received 11 nominations out of which he has successfully bagged 5 of them. He won the BET Comedy Awards in 2005, NAACP Award in 1995, and NRJ Ciné Award in 2004.

Net Worth of Martin Lawrence

Martin Lawrence is a famous comedian, actor, and filmmaker. His estimated net worth is $110 million as of 2020.