Matt Hardy – A Competitive Wrestler, Gained Attention from WWE, Impact Wrestling and Ring of Honor, Who Recently Signed a Contract and Entered into AEW in March 18, 2020

Who is Matt Hardy?

Matt Hardy is a well-known name in wrestling. He is a competitive wrestler who gained his name from WWE, Impact Wrestling, and Ring of Honor. Furthermore, he has proved to be an excellent wrestler earning numerous titles like WWE Smackdown, WCW, and WWF Tag Team Championships, including many others. Recently, Matt signed a contract with All Elite Wrestling (AEW).

Matt Hardy was born on September 23, 1974, as Matthew Moore Hardy, in Cameron, North Carolina, US. He was born to his father Gilbert, and his mother, Ruby Moore Hardy. Matt grew up along with his older brother Jeff Hardy, who is also a professional American wrestler as well as a musician. Matt has the star sign of Virgo. 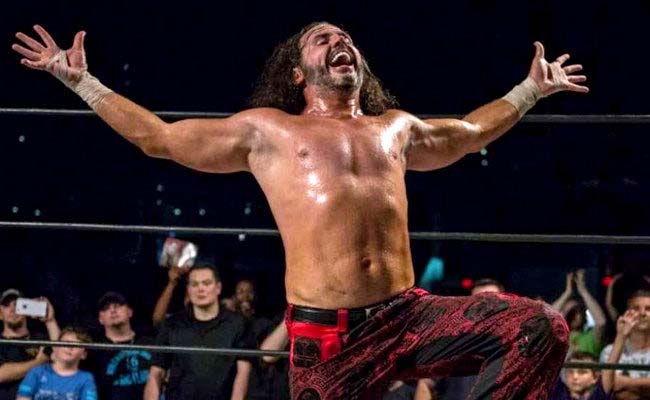 Furthermore, he holds an American nationality, and as per ethnicity, he belongs to White. He is Christian by religion. Standing height of 6 feet 1 inch (1.85 m), and weighing about 105 kg (230 lbs), he has been able to maintain his body fit and healthy. Likewise, he has the chest size 52 inches, waist size 36 inches, and biceps 19 inches. His brown eyes and brown hair color show him having a fantastic personality.

For education, Matt firstly attended Union Pines High School, located in North Carolina. From an early age, he had a keen interest in sports. He started playing baseball in his school. Then, when he came into senior year, he started playing football from the position of a linebacker or a defensive end. Moreover, being an efficient student in the school, he also became a candidate for a scholarship to any university in North Carolina named “Morehead Award”.

Eventually, for his higher studies, he joined the University of North Carolina at Charlotte. He started doing engineering in the university, however, he had to leave the college as his father became sick. Later, for completing his education, he joined the Sandhills Community College, located in Pinehurst.

Matt Hardy started his career along with his older brother Jeff Hardy, and his other friends. They first initiated their career starting their own federation, Trampoline Wrestling Federation (TWF). Matt recorded his wrestling moves and send the tape to the World Championship Wrestling (WCW) Amateur Challenge. From the time, he had the ring name, “High Voltage”. 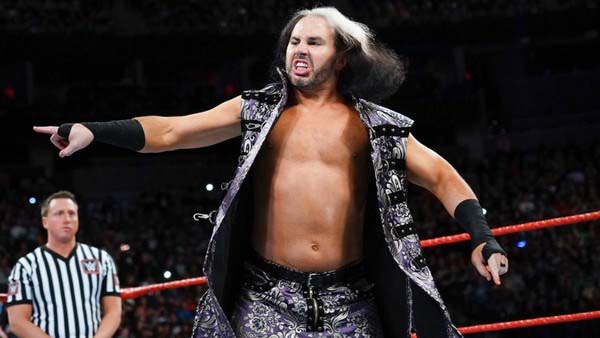 Later, he knew his moves of the video have been studied keeping in the WCW Power Plant, as well as his name High Voltage has been stolen. So, for again competing in the WCW, he kept his name “Surge”.  Then, in 1993, Matt along with his brother Jeff joined the WWF (now WWE). They worked together as a jobber.

The Hardy Boyz tussled for many wrestling organizations. Struggling on, they picked up the New England Wrestling Alliance (NEWA) Championship as Wolverine in 1994. Likewise, he also combined with Venom for holding the New Frontier Wrestling Association (NFWA) Tag Team Championship in 1995 as High Voltage.

Though earlier Matt worked as a jobber in the WWF, he then eventually signed a full-time contract with the WWF. He played his first game in opposite to the Nikolai Volkoff, however, lost the match. Subsequently, he played with many competent wrestlers in his WWF career. In 1998, Matt and Jeff signed as a tag team, and the Hardy Boyz gained fame for their unique technique in the fighting.

On March 18, 2020, Matt entered for All Elite Wrestling as a replacement for Nick Jackson in Blood and Guts.

Matt is a married man. He tied a knot to Reby Sky on October 5, 2013. Reby Hardy is an actress as well as a competent wrestler. The couple had been dating for a long time and then ended marrying each other. Also, they have been blessed with three sons; Maxel Hardy born on June 23, 2015, Wolfgang Xander born on June 8, 2017, and Bartholomew “Bartie” Kit born on December 4, 2019. 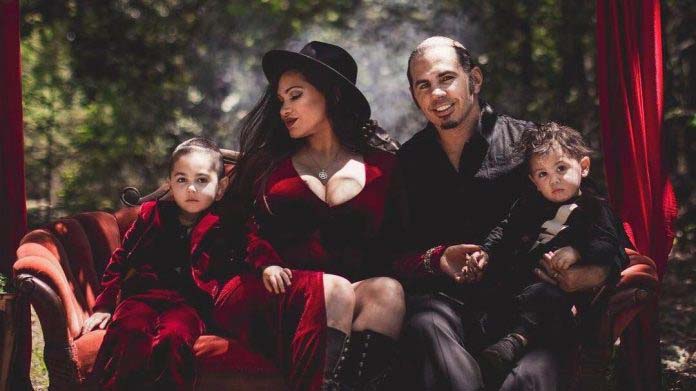 Besides, previously, he had been linked up with Amy “Lita” Dumas. Amy is a former WWE wrestler as well as a singer. They had been dating for six years. However, they broke up in February 2005, as Amy had been cheating on him. Furthermore, Matt had also been in a relationship with WWE Diva Ashley Massaro.

Matt Hardy, from his amazing professional life, has been able to earn massive popularity. Likewise, along with gaining name and fame, he has been able to obtain a wise amount of money. His net worth is estimated to be about $6 million as of 2020.

Furthermore, from his duration in WWE, he earned $322 thousand annually. Also from TNA, he made about the same amount of money per year. Moreover, the wrestler has also appeared in several movies and TV series, from where he has added in his net worth.