Melanie Adele Martinez is an American singer, songwriter, actress, director, photographer, and screenwriter. She rose her stardom after appearing as a contestant on the American reality show named The Voice. Moreover, she is known to be one of the most successful products of the reality show.

Her debut single, “Dollhouse,” is her highest-rated single until today and is certified Platinum by RIAA. She is also signed with “Atlantic Records.” Likewise, she is quite a style icon and is quite famous for her two-toned hair. She has also teamed up with the cosmetic brand “Lime Crime” to endorse “blue” and “brown” lipsticks under their elite collection. 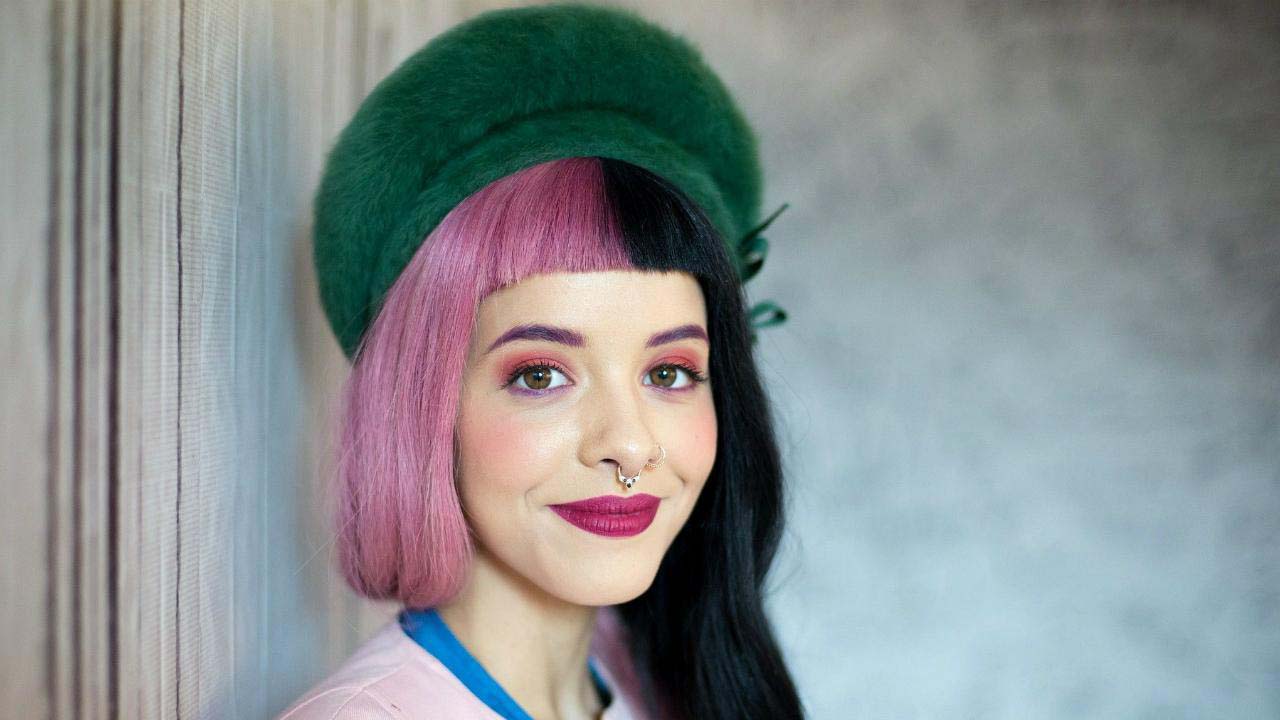 Where was Melanie Martinez born?

Melanie Martinez was born on April 28, 1995, in Astoria, Queens, United States. She is currently 26 years old. She is a daughter to mother Mery and to father, Jose Martinez. Her family moved to Baldwin, New York, on Long Island when she was four years old.

She used to listen to Brandy, Britney Spears, Shakira, The Beatles, Tupac Shakur, Biggie Smalls, and Christina Aguilera while growing up and wanted to be a singer from a young age.

Where did Melanie receive her education?

Melanie attended Plaza Elementary School. There she took singing lessons with her music teacher, Mr. Nadien. She also started writing poetry in her kinder garden years. Apart from singing, she also loved photography and painting and often used them to express her emotions in her childhood. She was known to be a very emotional girl. Her classmates used to call her a “cry baby,” as she often cried when overwhelmed.

She later attended Baldwin High School and grew more passionate about music after entering her teens. Interestingly, she titled her debut album “Cry Baby” to gain success. She also taught herself to play the guitar and also won the Baldwin Singing Competition in high school.

How did Melanie Martinez start her career?

In 2012, Melanie Martinez participated in the “MSG Varsity Talent Show” and was then in her junior year of high school. , Later, she auditioned for the third season of the American singing reality show “The Voice.” She sang Britney Spear’s “Toxic” for the audition round and received three chair turns from Blake, Adam, and Cee Lo, where she chooses Adam as her coach and moves on to the Battle Rounds.

She cleared the first round but was eliminated in the second round, which she took experience positively. There she battled against Caitlin Michelle in the second round with Ellie Goulding’s song Lights. She was selected by Adam to move on the Knockout Rounds. Likewise, she then cleared the third round and entered the Live Shows. Melanie received support from public votes for her songs “Seven Nation Army” and “Too Close,” which finished at number 10 and number 6 on iTunes, respectively. 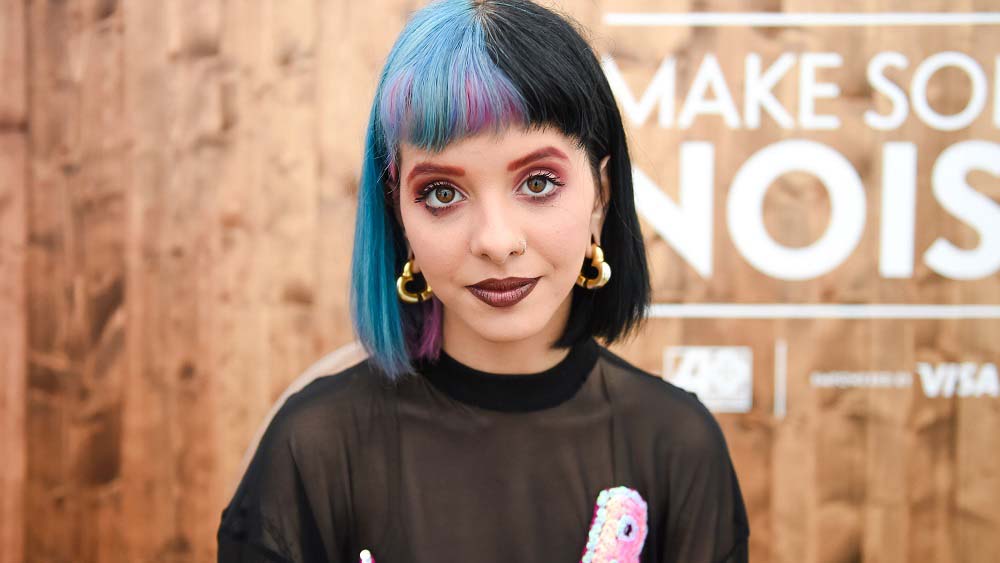 In 2013, Martinez immediately started working on original material and spent writing lyrics for her songs. Eventually, the following year, she self-released her debut single named “Dollhouse” along with a music video. In early 2015, she announced her debut album. She released her debut album on the 1st of June 2015. This ranked gold by RIAA, followed by its second single, “Soap,” on 10th July 2015.

Her debut album “Cry Baby” reached stores on 14th August. It met immediate success and went on to rank number 6 on the US Billboard Album 200 music chart. Adding to her success, she released a season greeting song for her fans called “Gingerbread Man” in 2016. In March, the same year, she also released the music video of “Cry Baby” and “Alphabet Boy” that aired on music channels in June 2016. In late 2016, she launched her second EP, “Cry Baby’s Extra Clutter,” with the single “Gingerbread Man” as a part of EP.

At sixteen, she boldly dyed her hair half blonde and half black after watching the film “101 Dalmation. She also signed with a cosmetic company named “Lime Crime” to launch two exclusive lipstick products. The blue shade is called “Cry Baby,” and the brown shade lipstick is named “Teddy Bear. She also released her own fragrance called “Cry Baby Perfume Milk” in 2016. Furthermore, her song from the album Cry Baby named ‘Play Date’ became a huge hit. It became one of the top 100 most played songs on Spotify in the US after gaining popularity on the video-sharing application TikTok.

Who has Melanie Martinez dated?

Melanie Martinez has dated music producer Michael Keenan for three years, from 2015 to 2018. Likewise, she then dated singer Oliver Tree Nickell in 2019. However, they also broke UI after dating for a year in 2020.

Recently, in 2021, Martinez announced that she is bisexual. Moreover, she has also updated her Instagram bio, stating that ‘she uses she/they pronouns.’ 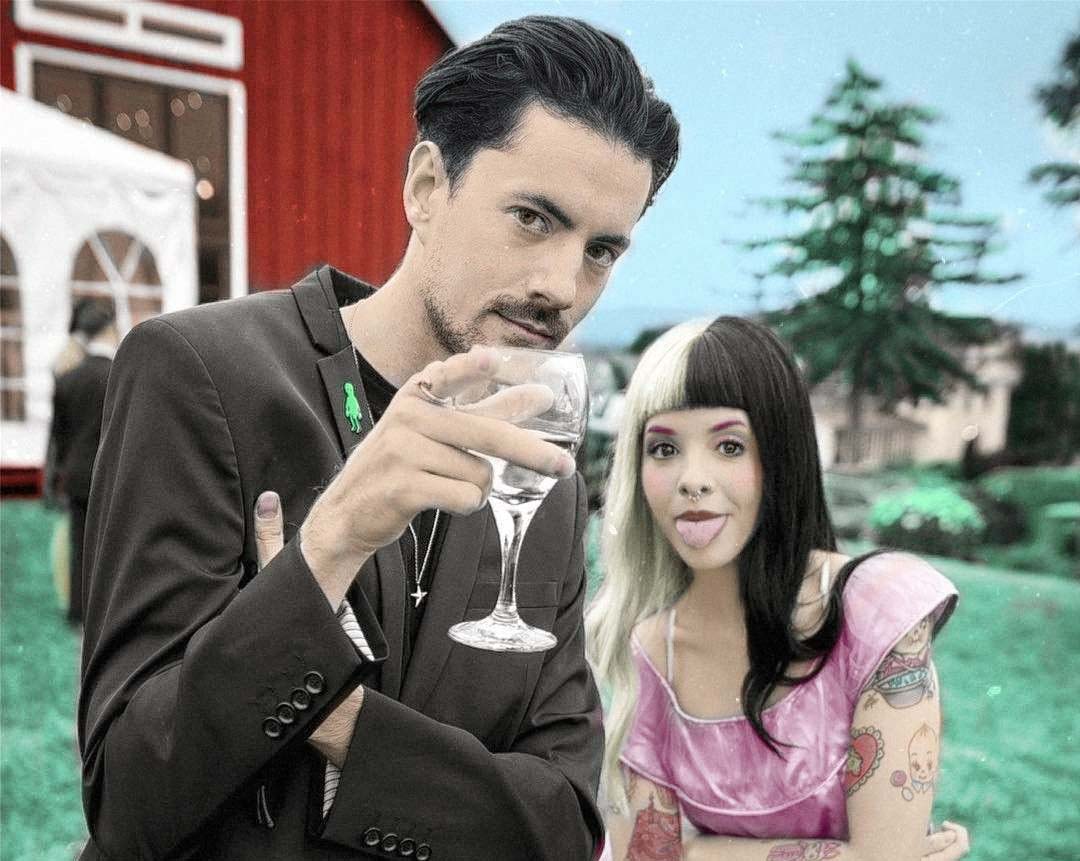 Has Melanie won any awards?

Melanie Martinez has been associated with the entertainment industry for a long time and has contributed a lot to the music industry. She has won one award, the Royal Television Society Award for “Student Television Award” from “Friends Forever.”

What is Melanie Martinez’s distinctive feature?

Melanie is American by nationality and is multiracial. She belongs to Puerto Rican and Dominican ancestry. As per her religious views, she has not spoken about it.

Melanie stands at the height of 5 feet 2 inches (1.57 m) and weighs about 46 kg (101.5 lbs) with a body measurement of 33-24-32.  Additionally, her hair color is dark brown naturally, which she tends to dye to different colors, and her eye color is dark brown.

What is the net worth of Melanie Martinez?

Melanie is living a luxurious life. She is a famous actress and singer who has earned a lot of money as well as fame. Likewise, Melanie currently has about $8 million approximately. Her audience goes crazy for her melodious song. Moreover, she also makes money from different brand deals.