Who is Michael Keaton?

Michael Keaton is an American actor who has energetically worked in this entertainment field since 1975. He was interested in acting when he studied at Kent State University, where he often participated in plays. Knowing his interest in acting has gone deep, he decided to pursue his career in acting. Keaton is a versatile actor who has performed different roles in various genres of cinemas. Likewise, he is well-known for his portrayal of Bruce Wayne / Batman in the ‘Batman’ film series. Similarly, he has also received various accolades for his contribution to this field. Apart from acting, he has also ventured into directing and producing different films and television series. Likewise, he is also a voice actor who has lent his voice to various video games, movies, and series. 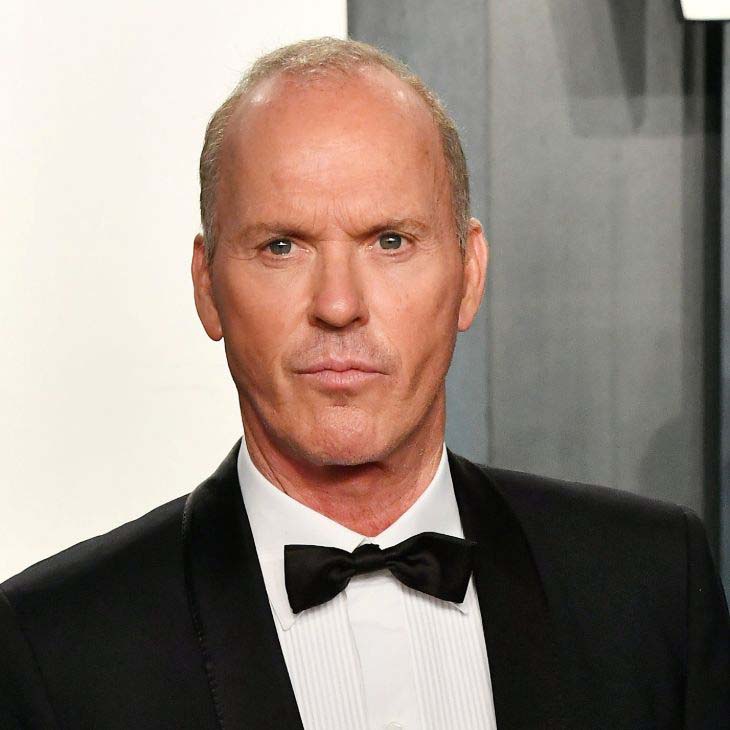 Michael John Douglas was born on 5 September 1951 in Robinson Township, Allegheny County, Pennsylvania, United States. He was born as the youngest child of his parents George A. Douglas, a civil engineer, and Leona Elizabeth, a homemaker. Likewise, he grew alongside his six siblings Robert, Paul, George, Diane, Pamela, and Joyce Douglas. Moreover, Michael is currently 69 years old with a Virgo star sign.

Michael Keaton holds an American nationality, and as per his ethnicity, he is White. His mother’s side ancestry is Irish; his father’s side is English, German, Scottish, and Scotch-Irish. Moreover, his religious views are Catholic. Besides this, he stands 5 feet and 9 inches (175cm/1.75m) tall and weighs around 73 kg (161lbs). He has an average body type with a receding hairline. Additionally, he has a pair of blue-colored eyes and gray hair color.

Michael Keaton completed his high schooling at Montour High School. He then enrolled at Kent State University, where he studied speech. After two years of learning speech, he dropped out of the university to pursue his acting career. 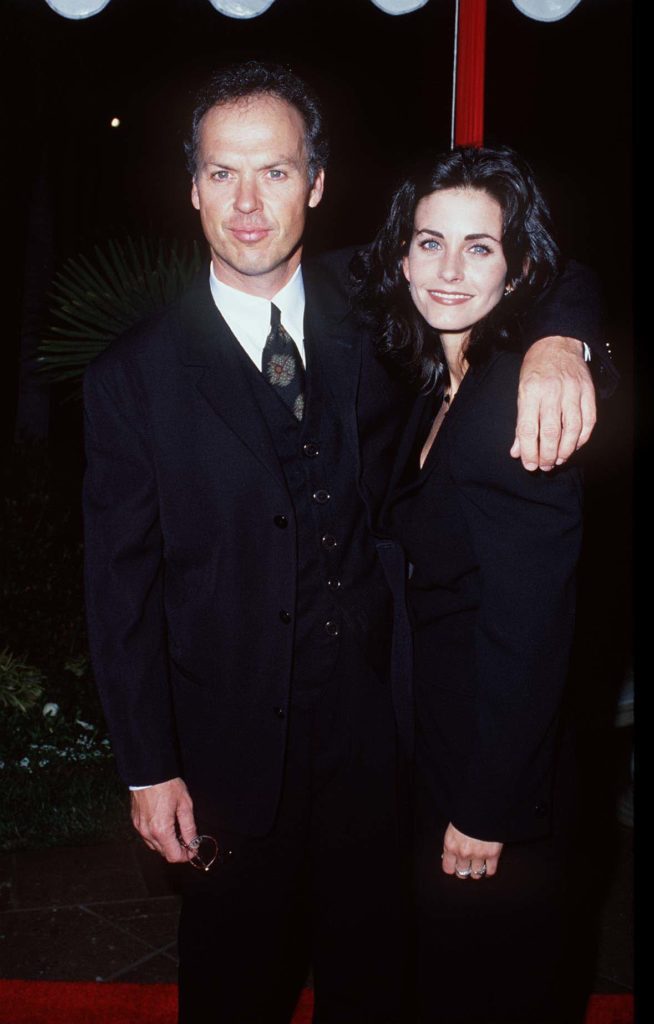 Michael Keaton tied a knot to an actress Caroline Margaret McWilliams from 1982 to 1990. This couple together had a son named Sead in 1983. Meanwhile, in 1989 he also had an affair with actress Courteney Cox which lasted till 1995.

Moreover, talking about his interests, he is an avid fisherman who typically spends time on a ranch near Big Timber. As per his political concern, he has endorsed Hillary Clinton and Joe Biden for President in the 2016 and 2020 U.S presidential elections.

Michael Keaton is active in his social media accounts. His Instagram accounts (@michaelkeatondouglas) has 771 thousand followers, and his Twitter handle (@MichaelKeaton) has 547.7 thousand followers. Likewise, he does not have an official Facebook page, but there are many fan pages through his name.

Michael Keaton landed his debut TV role in the 1975 series ‘Mister Rogers’ Neighborhood.’ He then appeared in five episodes of ‘All’s Fair’ in 1976. The next year, he appeared in two series and a television film called ‘Klein Time.’ Likewise, in 1978 he appeared in three different series named ‘The Tony Randall Show’ as Zeke, ‘Mary,’ and ‘Family’ where he played Tree salesman. Michael then starred in a sitcom ‘Working Stiffs’ where he got the chance to share the screen with James Belushi as his brother. He also appeared in a titular role in the film ‘Report to Murphy’ in 1982. Similarly also appeared as a host in different episodes of ‘Saturday Night Live‘ in the same year.

In between 2001 to 2005, he appeared in four series like ‘The Simpsons,’ ‘Frasier,’ ‘King of the Hill,’ and ‘Gary the Rat.’ Likewise, he then appeared in the 2007 series ‘The Company’ as James Angleton. After this series, he appeared in a television film ‘Clear History’ in 2013. Moreover, he then directly appeared in the 2019 series called ‘Documentary Now’ and ‘Last Week Tonight with John Oliver.’

Michael Keaton debuted his film role in the 1978 film ‘Rabbit Test’ as Sailor. He then starred in a short film, ‘A Different Approach’ the same year. After two years, he then appeared in ‘Night Shift’ as Bill Blazejowski. For the upcoming years, he appeared in different other films like ‘Mr. Mom’ in 1983, ‘Johnny Dangerously’ in 1984, ‘The Squeeze’ in 1987, and ‘Beetlejuice’ in 1988, which is his first breakthrough film role. He was then starred in a superhero film based on a comic book named ‘Batman‘ in 1989. He played the titular role, also named Bruce Wayne. Moreover, the critics much-praised his performance, and the film collected a huge box office collection. Additionally, he has also reprised his role of Bruce in the sequel film ‘Batman Returns’ in 1992.

Furthermore, he also ventured his projects in directing and producing. He produced the film ‘The Last Time’ in 2007, where he also had an acting role as Ted Roker. Likewise, he also directed the 2009 movie named ‘The Merry Gentleman.’ Michael received another significant turning point in his career in 2014 where he starred in the black comedy-drama film Birdman’ as Riggan Thomson in the lead role. The film’s supporting actors and actresses include Zach Galifianakis, Edward Norton, Andrea Riseborough, Amy Ryan, Emma Stone, and Naomi Watts. Similarly, the next year he appeared in a biographical drama film ‘Spotlight’ where he portrayed the role of Walter “Robby” Robinson. Likewise, some of his other notable parts are in ‘Spider-Man: Homecoming’ as Vulture in 2017, ‘The Trial of the Chicago 7,’ and ‘Worth’ in 2020. 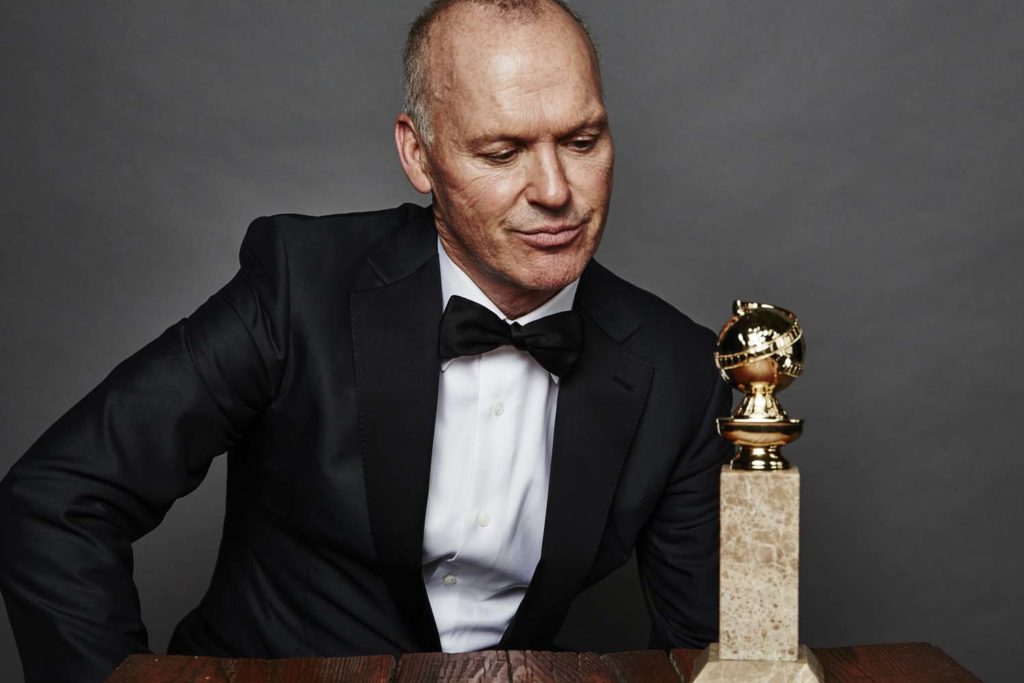 Michael Keaton has received a total of 68 nominations, out of which he has bagged 56 of them. He has received various nominations and awards for his film ‘Birdman’ in 2014. He has won awards like Golden Globe Awards, Screen Actors Guild Awards, AACTA Awards, Critics’ Choice Awards, and many more for this film. Likewise, he has also received many awards for his movie ‘Spotlight’ like the Critics’ Choice Awards, Screen Actors Guild Awards, and Satellite Awards.

Net Worth of Michael Keaton

Michael Keaton is an amazing and versatile actor who has gained massive fame, name, and money. His estimated net worth is $40 million as of 2020.