Owen Wilson- An American Actor, Producer, and Screenwriter, Who is Known For His Subtle Humor and Quirky Roles in Films Like ‘The Royal Tenenbaums’ and ‘The Life Aquatic With Steve Zossou’

Who is Owen Wilson?

Owen Wilson is an actor, producer, and screenwriter famous for his several projects with the filmmaker Wes Anderson. After the collaboration with Wes, they both wrote the script for ‘Bottle Rocket.’ This was Owen’s debut movie in which he, along with his brother, was cast as the main lead. The got positive reviews from critics, which helped both of them to launch the duo’s careers.

Owen was a mischievous boy from his childhood days and would do anything to get his parent’s attention. But once he entered the world of films, the loving brother took along both his siblings with him to Hollywood. As his interest in the comedy genre grew, he became part of the comedy film ‘The Cable Guy.’ He acted in many commercially successful films, which he also co-wrote. He earned his breakthrough when he co-wrote the script himself and his friend Wes Anderson for the movie named ‘Rushmore and ‘The Royal Armageddon.’ They also received an Oscar nomination for Best Original Screenplay. 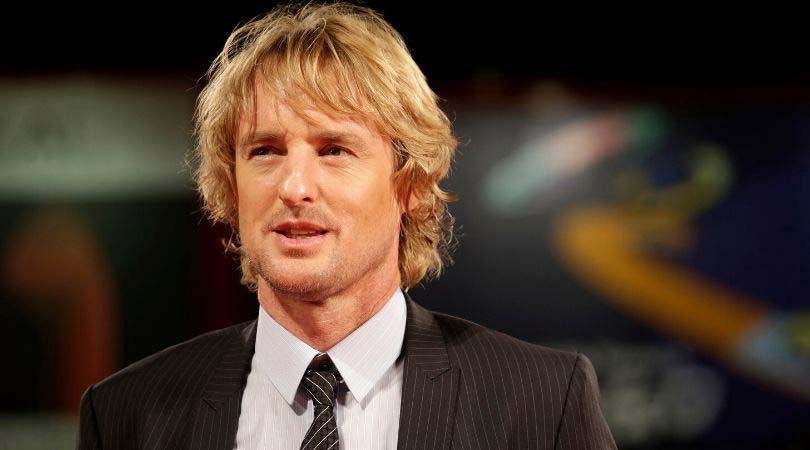 Owen Wilson’s birth name is Owen Cunningham Wilson. He was born on 18 November 1968 on Dallas, Texas, U.S. 52 years old actor has the sun sign Scorpio. He was born to Robert Andrew Wilson and Laura Cunningham. His father worked as an advertising executive and his mother as a photographer. He was born as the middle son having two siblings, Andrew and Luke, who are also involved in the entertainment industry. Wilson is of Irish descent, and his parents were originally from Massachusetts.

Owen Wilson initially attended St. Mark’s School of Texas from where he became expelled for misbehavior. He then graduated from Thomas Jefferson School before going to the military academy in New Mexico. For his bachelor’s degree, he enrolled at the University of Texas to get a Bachelor of Arts in English. In the university, he became a good friend with Wes Anderson. Owen and Wes both had an interest in writing for a screenplay.

Owen Wilson is an American Nationality who has a crooked nose and a good sense of humor. He is a left-handed person. Besides, he stands 5 feet 10 inches (177.5cm) tall and weighs 75 kg (165lbs). Additionally, he has a blue-colored pair of eyes and has blonde hair color.

Owen Wilson once got a significant injury in his nose during his childhood while playing football. He was a patient of depression and tried attempting suicide in 2007. After that, he was treated at St. John’s Health Center and Cedars-Sinai Medical Center in Los Angeles. This incident resulted in the unwanted publicity of Wilson.

Talking about his love life, he dated many beautiful female stars like Kate Hudson, Jennifer Aniston, Jessica Simpson, and Sheryl Crow. Moreover, in 2011, he and his girlfriend Jade Duell had a son, they also broke up after the year later. Likewise, in 2014 Wilson and Caroline Lindqvist gave birth to a son who’s technically Wilson’s second son, and in 2018, his ex-girlfriend Varunie Vongvirates gave birth to a daughter. Altogether, he has 3 children, two sons, and one daughter. 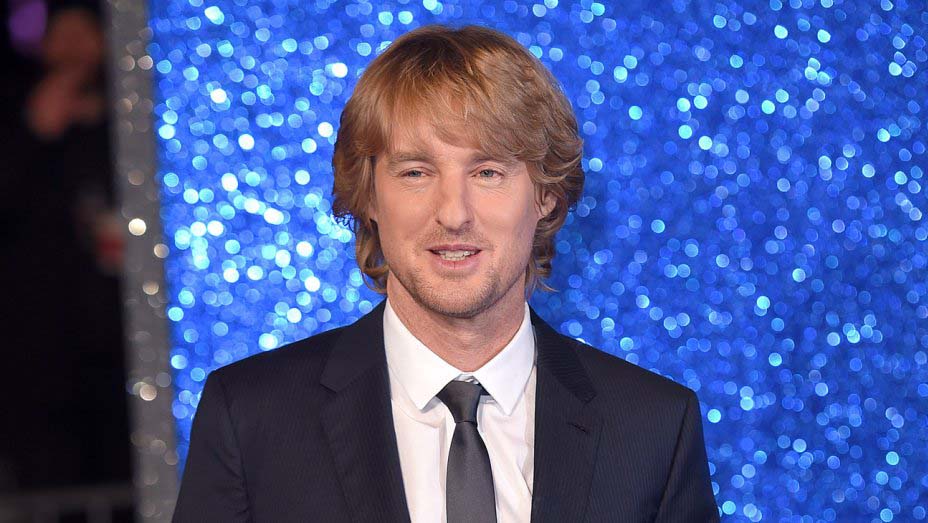 Starting off his career, Wilson and his friend wrote the script for the film ‘Bottle Rocket,’ he, along with his brother, was starred as the main cast. This movie was released in 1996. Though the movie was commercially failed, it received positive reviews. Then, the same year he got the minor role from Ben Stiller in the film ‘The Cable Guy,’ which starred Jim Carrey. Similarly, in 1998, he played the ‘Permanent Midnight,’ a comedy-drama based on the eponymous book by Jerry Stahl’s. His role was a drug addict Nicky, though the film failed at the box office, it was critically acclaimed.

Wilson earned a breakthrough in 2000 when he was cast in the martial arts comedy ‘Shanghai Noon’ as Roy O’Bannon along with Jackie Chan. The film was a huge commercial success, and his fame continued to rise. He reprised this role in ‘Shanghai Knights’ in 2003. Similarly, in 2001 he played in the movie ‘Zoolander’ alongside Ben Stiller and Will Ferrell.

Furthermore, he also got a chance to play in the action film ‘Behind Enemy Lines.’ Also, in the same year, he co-wrote the script for the comedy-drama ‘The Royal Tenenbaums,’ which was directed by his friend Anderson. The film gained critical success and also became nominated for several awards, including an Academy Award for the screenplay. Wilson 2004 was a very productive year, he acted in five films. The most notable was the comedy-drama ‘The Life Aquatic with Steve Zissou’ which was both a parody of and homage to French diving pioneer Jacques-Yves Cousteau.

In 2005, Wilson partnered with Vince Vaughn in the romantic comedy film ‘Wedding Crashers’ as John Beckwith. This movie crossed over $200 million in the U.S. alone. He also collaborated with his brothers in ‘The Wendell Baker Story,’ written by Luke and directed by Luke and Andrew. Moreover, in 2006 he co-produced and starred in the comedy film ‘You, Me, and Dupree’ with his co-actress Kate Hudson. He also appeared with Stiller in ‘Night at the Museum’ as cowboy Jedediah.

Owen Wilson in 2011, starred in the romantic comedy film ‘Midnight in Paris’, a movie that explores the themes of nostalgia and modernism. This film premiered at the 64th Cannes Film Festival and received critical acclaim. In addition to films, he has also appeared in episodes of television shows like ‘Community’ and ‘Drunk History’ in 2011 and 2013, respectively. Moreover, in 2015 he starred with Jennifer Aniston in Peter Bogdanovich’s film ‘She’s Funny That Way’ and in the action thriller film ‘No Escape’ alongside Lake Bell and Pierce Brosnan. 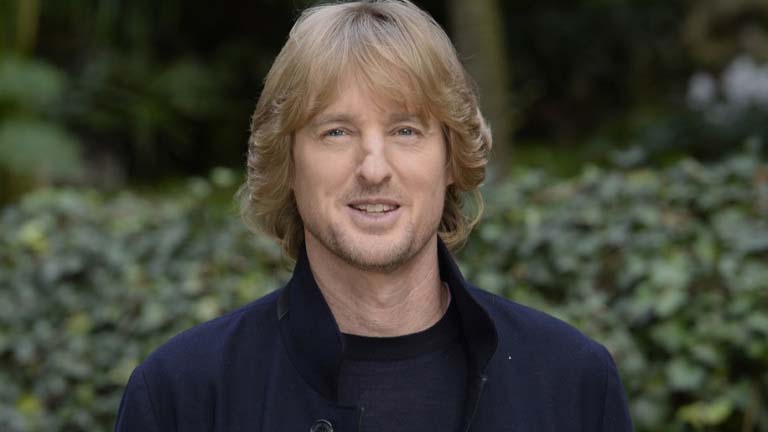 Owen Wilson won Debut of the Year award shared with Wes and Luke for the movie ‘Bottle Rocket’ in 1996. In, 1999 he won Lone Star Film and Television Award under the category Best Screenplay for his film ‘Rushmore.’ Similarly, he also became nominated for the Academy Award for Best Original Screenplay for his movie’ The Royal Tenenbaums.’ He also shared the MTV Movie Award for Best On-Screen Duo with Vince Vaughn for the film ‘Wedding Crashers’ in 2006. Furthermore, for his movie ‘Wedding Crasher’ he won the People’s Choice Award in 2006.

Owen Wilson is well-known for all his acting among the audiences all around the world. Apart from name and fame, he has succeeded in accumulating a handsome amount of wealth. As of 2020, he has an estimated net worth of around $70 million.