Ralph Macchio is an American actor who has been actively involved in the entertainment field since 1979. Initially, he started doing TV commercials, and he came into the limelight during his teens when he played in ‘Eight Is Enough’ and became a famous teen star. Eventually, one thing led to another, and Macchio became a successful actor.

He is also well known for his role in ‘Karate Kid’ as Daniel LaRusso. Along with acting, Ralph has also ventured into producing and directing. Likewise, he has also appeared on the cover of many magazines, and to name them, they are ‘Teen Beat,’’ 16’ and ‘Tiger Beat.’ Moreover, Ralph has also been starred in theatre plays and music videos. 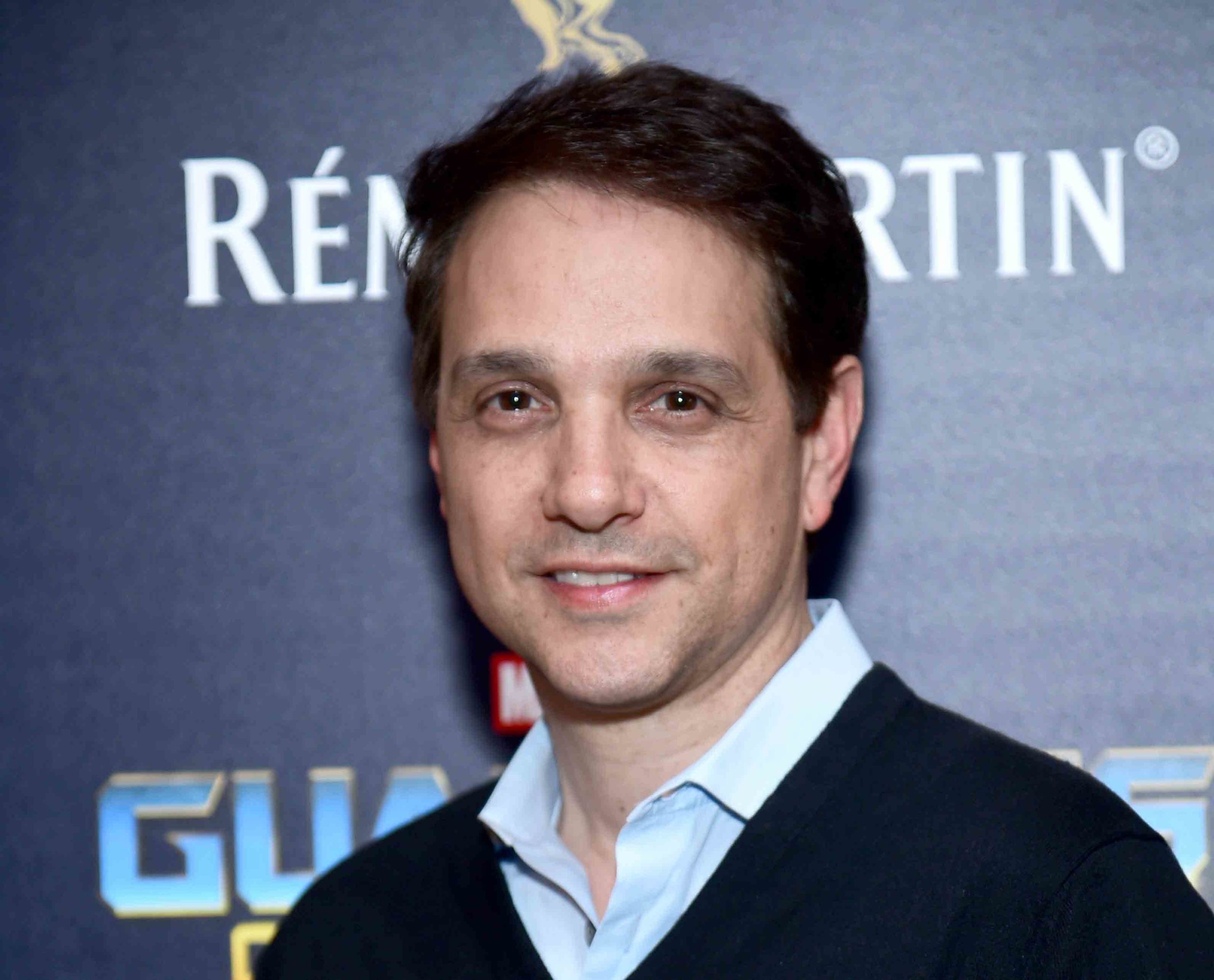 Ralph’s full name is Ralph George Macchio Jr, born on November 4, 1961, in New York. He is originally from Naples. He was taken to his father, Ralph Macchio Sr., and to his mother, Rosalie Macchio. Ralph also has his brother named Steven Macchio.

Ralph Macchio completed his education at Half Hollow Hills West High School in 1979. Additionally, he is currently 59 years old with a Scorpio star sign.

Ralph Macchio holds an American nationality, and as per his ethnicity, he belongs to Caucasians. However, he is of Italian and Greek ancestry.

Ralph Macchio married his longtime girlfriend, Phyllis Fierro, a nurse practitioner, on April 5, 1987. This couple is blessed with two children: Julia, born in 1992, and Daniel, born in 1996. 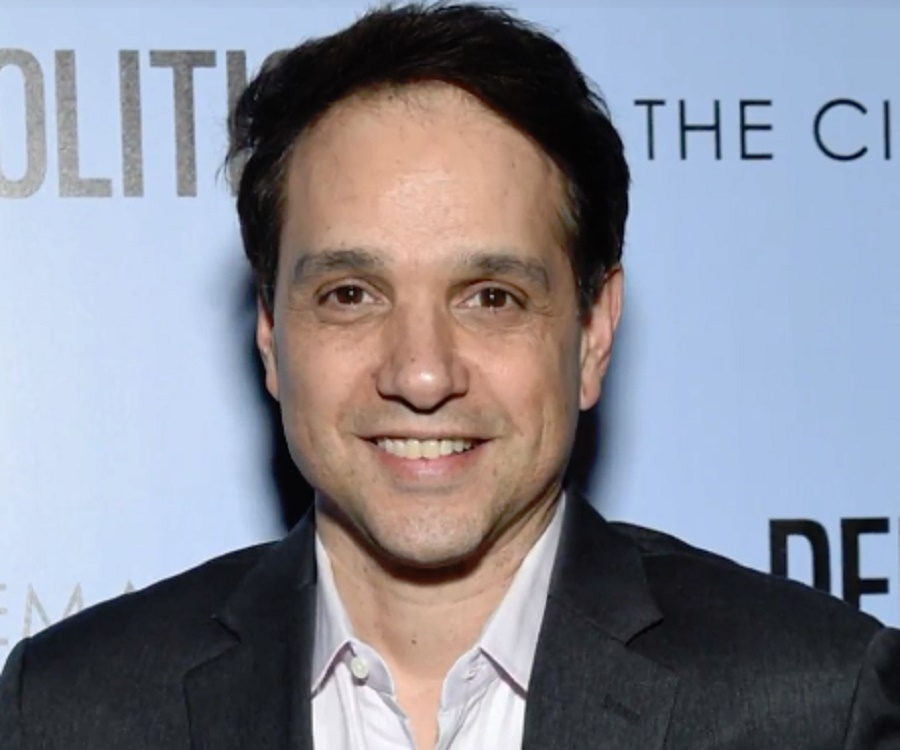 To start with Ralph’s career, he first appeared in TV commercials for brands like ‘Dr. Pepper’ and ‘Bubble Yum.’ He then debuted in TV series in 1980 in ‘Eight Is Enough’ and became a famous teen star. He then appeared in an episode of different series. To name a few, they are ‘CBS Afternoon Playhouse’ in 1982, ‘The Outer Limits’ in 1999, ‘Chicken Soup for the Soul’ and ‘Twice in a Lifetime’ in 2000, ‘Entourage’ in 2005, ‘Head Case’ in 2007 and many more.

Likewise, in 2008 he appeared in a recurring role of Archie Rodriguez in eleven episodes of the series called ‘Ugly Better.’ He was also part of the series ‘Law & Order: Criminal Intent,’ ‘Psych,’ ‘The Whole Truth,’ and ‘Happily divorced’ from 2010 till 2012.  In 2011 he also participated in a dancing competition named ‘Dancing with the Stars, where he placed fourth. Moreover, he also featured in the television select show ‘Comedy Central Roast of Rob Lowe’ in 2016.

From 2017 to 2019, he appeared in a recurring role in seventeen episodes of ‘The Deuce.’ Meanwhile, he also appeared in ‘Whose Line Is It Anyway?’ as a special guest and in two episodes of ‘Kevin Can Wait’ as Alviti. In 2018, he was seen in the action comedy-drama TV series ‘Cobra Kai,’ based on ‘Karate Kids’ film series as Daniel LaRusso, running to date.

Ralph Macchio landed his debut film in 1980 in the movie ‘Up the Academy.’ After two years, he appeared in two television films named ‘High Powder’ and ‘Dangerous Company.’ After that, he came into the limelight and received his breakthrough in 1984 when he did ‘Karate Kids’ as Daniel LaRusso. Through this film, he gained international recognition as the film received many praising and outstanding reviews from the critics and audiences. He again reprised his role in this film sequels ‘The Karate Kid II’ in 1986 and ‘The Karate Kid III’ in 1989. 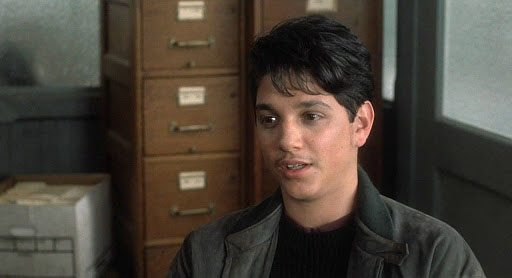 In 2013, he appeared in an American comedy film called ‘He’s Way More Famous Than You.’ He also was starred as Tom in the 2014 film ‘A Little Game’ and in the 2015 film ‘Lost Cat Corona’ as Dominic. His recent movie was a television film in 2017 called ‘Psych: The Movie.’

Ralph Macchio won the Jury Award in 2014 for his work in Across Grace Alley. Likewise, he has is listed in VH1’s 100 Greatest Teen Stars in 80th position in 2008. In addition, he again positioned in the twelve Promising New Actors of 1984 in John Willis’ Screen World, Volume 36. Moreover, he won the Audience Choice Award in 2002 for his work in ‘Love Thy Brother.’

Net Worth of Ralph Macchio

Ralph Macchio is a famous actor who has gained a massive amount of fan following. Along with that, he has earned a handsome amount of money and is living a luxurious lifestyle. As of 2021, it is estimated that Walker’s net worth is $4 million.