A Welsh actor best known for portraying as Dr. Curt in the superhero film ‘The Amazing Spider-Man.’

Who is Rhys Ifans?

Rhys Ifans is a Welsh actor who has been involved in the entertainment field since 1991 to date. He is best known for portraying Dr. Curt in the superhero film ‘The Amazing Spider-Man.’ Apart from acting, he is also a producer and a musician. He initially started his acting career in stage play like ‘Hamlet,’ ‘A Midsummer Night’s Dream’ etc. Eventually, he stepped in film and series. His debut TV program and the film were in the comedy show named ‘Pobol y Chyff’ and in 1995 film ‘Streetlife’ respectively. Likewise, he was also a lead singer in the rock band ‘Super Furry Animals. He has appeared in music videos with various artists too. Moreover, he has also been arrested by police in 2011 after showing a bad behavior to a guard in Comic-Con. 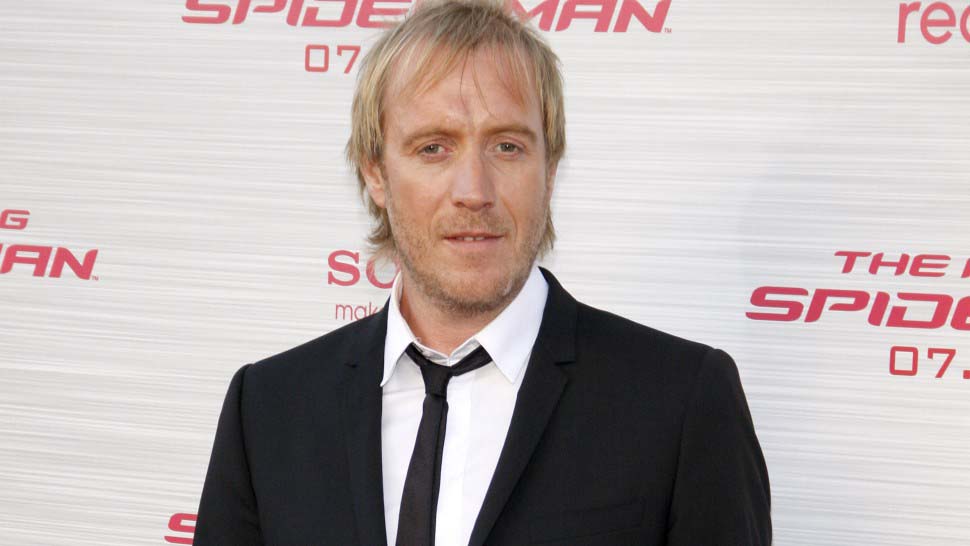 Rhys Ifans was born on July 22, 1967, in Haverfordwest, United Kingdom. He was born to father Eirwyn Evans and to mother Beti Wyn Davies. Rhys grew alongside his brother named Llŷr Ifans, who is also involved in the entertainment field. He is currently 53 years old with a Cancer zodiac sign.

Rhys Ifans holds a Welsh nationality. Besides, he has an average body type. He stands 6 feet and 2 inches (188cm/1.88m) tall and weighs 75 kg (165lbs). He has a pair of blonde hair with blue colored eyes.

Rhys Ifans attended Ysgol Pentrecelyn and Ysgol Maes Garmon for his primary and secondary studies. Since he was interested in acting he also took acting classes at Theatr Clwyd. He then enrolled at Guildhall School of Music and Drama and graduated from there in 1997. 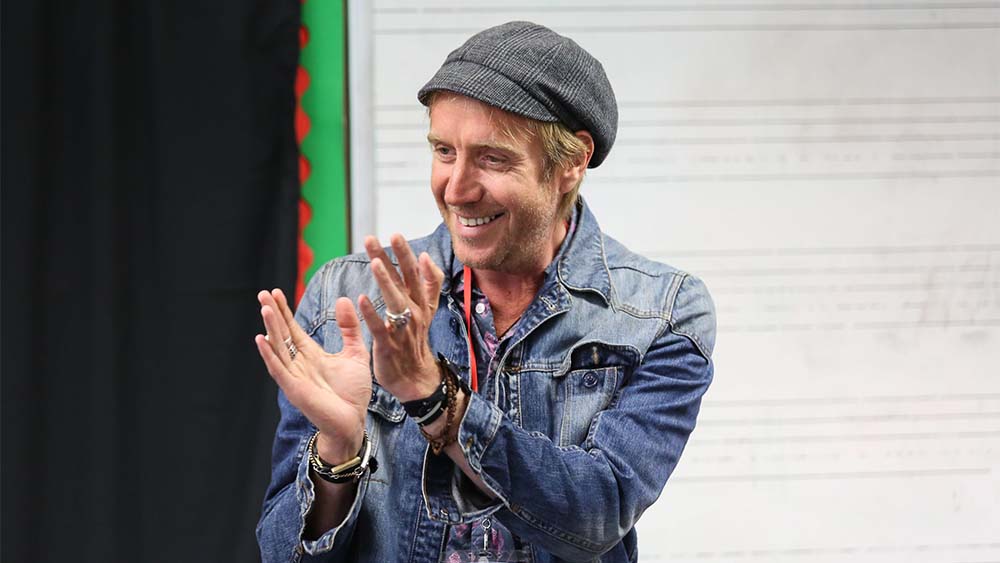 Rhys Ifans does not have verified social media accounts.

Rhys Ifans has been working in Welsh language films, British language, and American films. He was first seen in ‘Streetlife’ in 1995 as Kevin. Then in 1996, he was featured in the British drama film ‘August’ as Griffiths. He was also seen in the Welsh language crime comedy series ‘Twin Town’ as Jeremy Lewis in 1997. His brother was also one of the casts of this series. The next year, he became the part of the Irish-British drama film ‘Dancing at Lughnasa.’ In 1999, he appeared in many films like ‘Heart,’ ‘You’re Dead,’ ‘Notting Dead,’ ‘Janice Beard 45 WPM’ and ‘Hooves of Fire’ where he lent his voice to the character Head Elf.

During 2000, he was seen in various projects like ‘Sali Mali,’ ‘Kevin & Perry Go Large,’ ‘Love, Honour and Obey’ ‘Little Nicky’ and many more. Likewise, in 2001 he lent his voice in an animated British film ‘Christmas Carol: The Movie’ as Bob Cratchit. He was also featured as Dek in the 2002 romantic comedy film ‘Once Upon a Time in the Midlands’ in 2002. Moreover, in 2004 he was part of the television movie ‘Not Only But Always’ as Peter Cook. In the year 2005, he appeared in an ensemble film ‘Chromophobia’ and also in a music video of an English rock band named ‘The Importance of Being Idle.’

Similarly, in 2006 he voiced over the ole of McBunny in the animated comedy film ‘Garfield: A Tail of Two Kitties.’ Between 2007 to 2010 he appeared in many films a to name few they are ‘Hannibal Rising,’ ‘A Number,’ ‘The Boat That Rocked’ and ‘Mr. Nice.’ He has also narrated the documentary film ‘Exit Through the Gift Shop’ in 2010. The same year he has also been featured as Xenophilius Lovegood in ‘Harry Potter and the Deathly Hallows – Part 1.’

In the year 2012, Rhys was cast to play a villainous role as Dr. Curt Connors / The Lizard in superhero American film ‘The Amazing Spider-Man’ which is the fourth movie of the Spiderman film franchise based on Marvel Comics. The next year, he was seen in American television series ‘Elementary’ as Mycroft Holmes where he appeared in seven episodes. He has also appeared as Dylan Thomas in the drama film ‘Dominion’ in 2015. The same year, he also acted and produced a Welsh-language radio drama film ‘Under Milk Wood.’ 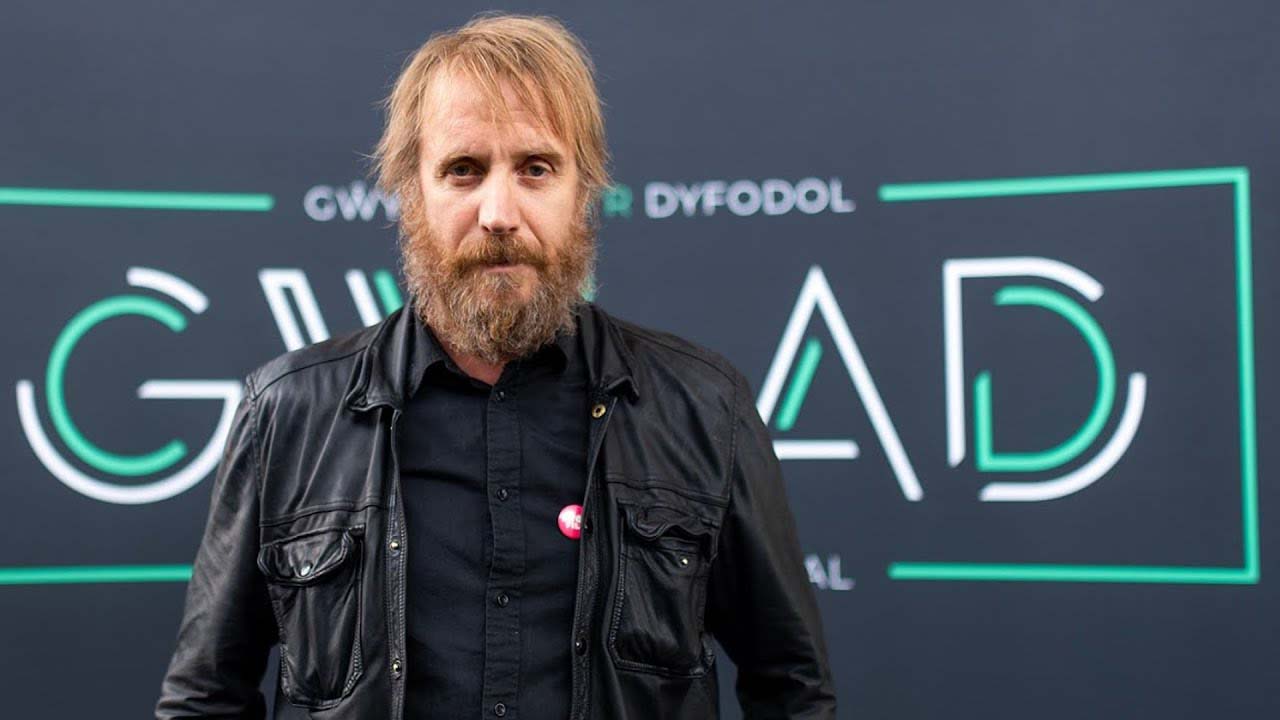 Rhys Ifans in 2016 was seen in a TV series named ‘Berlin Station’ as Hector DeJean and in the fantasy film ‘Alice Through the Looking Glass’ as Zanik Hightopp. He was also cast in the biographical thriller film named ‘Snowden’ the same year. Then after two years, he appeared in a docudrama film named ‘Official Secrets’ as Ed Vulliamy. Furthermore, he was recently seen in a comedy-drama film named ‘Misbehaviour’ as Eric Morley.

Rhys Ifans has earned a massive amount of name, fame, and money. As of 2020, his net worth is estimated to be $5 million.