An English film director and producer who is well-known for his direction in the 1979 horror film 'Alien.'

Who is Ridley Scott?

Ridley Scott is an English film director and producer who has actively worked in the entertainment field since 1965 to date. He is one of the finest filmmakers in the Hollywood industry who is mostly known for his direction in science-fiction horror films. He initially started working in advertising and then eventually started his direction in movies and series. Likewise, his debut directional film is ‘The Duellists’ in 1977. Moreover, he is well-known for his movies ‘Alien’ in 1979 and ‘Blade Runner’ in 1982. Ridley has also served as an executive producer and producer for various types of movies. He has also won prestigious nominations and awards for his contribution in directing and producing movies, series. 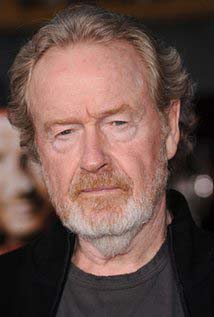 Sir Ridley Scott was born on 30 November 1937, in County Durham, England, United Kingdom. His father Francis Percy Scott worked for the British armed forces, and his mother is Elizabeth Scott. He was a middle child who has one older brother, Frank Scott, and one younger brother named Tony Scott. As his father involved in the  Second World War, he and his brothers were mostly raised by his mother. Additionally, he is currently 83 years old with a Sagittarius star sign.

Ridley Scott had a lonely childhood as his brother and father both went to serve for the British Army. Talking about his studies, he studied at Grangefield Grammar School. During his school days, he mostly read science-fiction short stories and was addicted to them. He then enrolled at the Royal College of Art where he showed his artistic side and graduated in 1963.

Moreover, he has also directed his self short film named ‘Boy and Bicycle’ which starred his younger brother, Tony, and his father. After this, he even worked in the film industry for few short-term jobs. Since he was very much attracted to this industry, he and his brother Tony, began their production company named Ridley Scott Associates. Initially, they produced commercials and garnered public recognization. He then eventually started the production of his debut feature film.

Ridley Scott holds a British nationality and as per his ethnicity, he is White. He is also a citizenship holder of the United States. Besides this, he stands 5 feet and 8 inches (174cm/1.74m) and weighs around 79 kg (117lbs). Moreover, he has a pair of hazel-colored eyes and grey hair color.

Ridley Scott does not have his personal social media accounts. But he has an active Instagram handle of his creative group with a username (@ridleyscottcg) which has 61 thousand followers.

Ridley Scott first married Felicity Heywood in 1964. They have two sons Jake and Luke. But they broke up in 1975 after 11 years of togetherness. He then married Sandy Watson in 1979 but they again ended their marriage in 1989. Sandy and Ridley parent a daughter named Jordan Scott. Likewise, he is recently dating actress Giannina Facio. 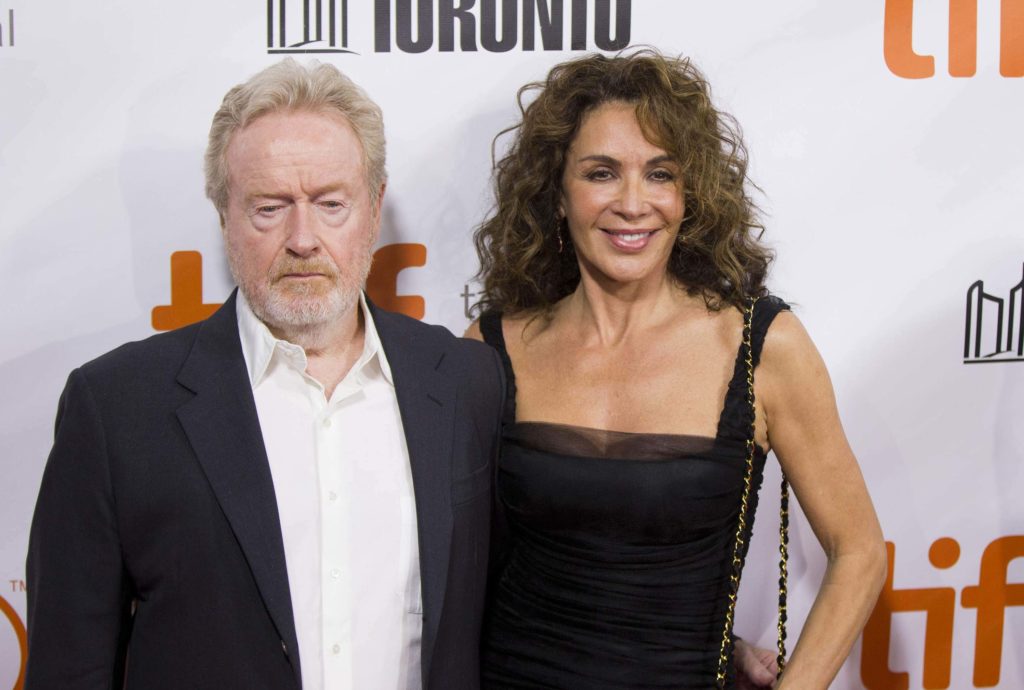 Ridley Scott landed his debut direction in the 1977 film ‘The Duellists’ where he also served as an operator. He then directed movies like ‘Alien’ in 1979 and ‘Blade Runner’ in 1982. Likewise, he has served as a director and an executive producer for ‘Someone to Watch Over Me’ in 1987 and ‘White Squall’ in 1996. His other directional and productional ventured movies are ‘492: Conquest of Paradise’ in 1992, ‘G.I. Jane’ in 1997, ‘Gladiator’ in 2000, ‘Hannibal’ in 2001, and ‘Matchstick Men’ in 2003. In 2005, he directed and produced the epic historical drama film ‘Kingdom of Heaven’ which starred Orlando Bloom, Eva Green, Ghassan Massoud, Jeremy Irons, David Thewlis, Liam Neeson, Brendan Gleeson, Iain Glen, Marton Csokas, etc.

Ridley Scott has also worked in the television series. He has developed series like ‘Coma’ in 2012, ‘Killing Lincoln’ in 2013, and ‘Killing Jesus’ in 2015. He has also served as a producer for the crime drama TV series ‘Numbers’ which lasted from 2005 to 2010. Moreover, he has also become an executive producer for different series. To name a few they are ‘The Good Wife’ from 2009 to 2016, ‘Gettysburg’in 2011, ‘World Without End’ in 2012, ‘The Man in the High Castle’ from 2015 to 2019, ‘The Good Fight’ from 2017-present, and many more. Furthermore, Ridley also became an executive producer for the dark fantasy drama series ‘A Christmas Carol’ in 2019. This starred Guy Pearce, Andy Serkis, Stephen Graham, Charlotte Riley, Jason Flemyng, Vinette Robinson, and Joe Alwyn. 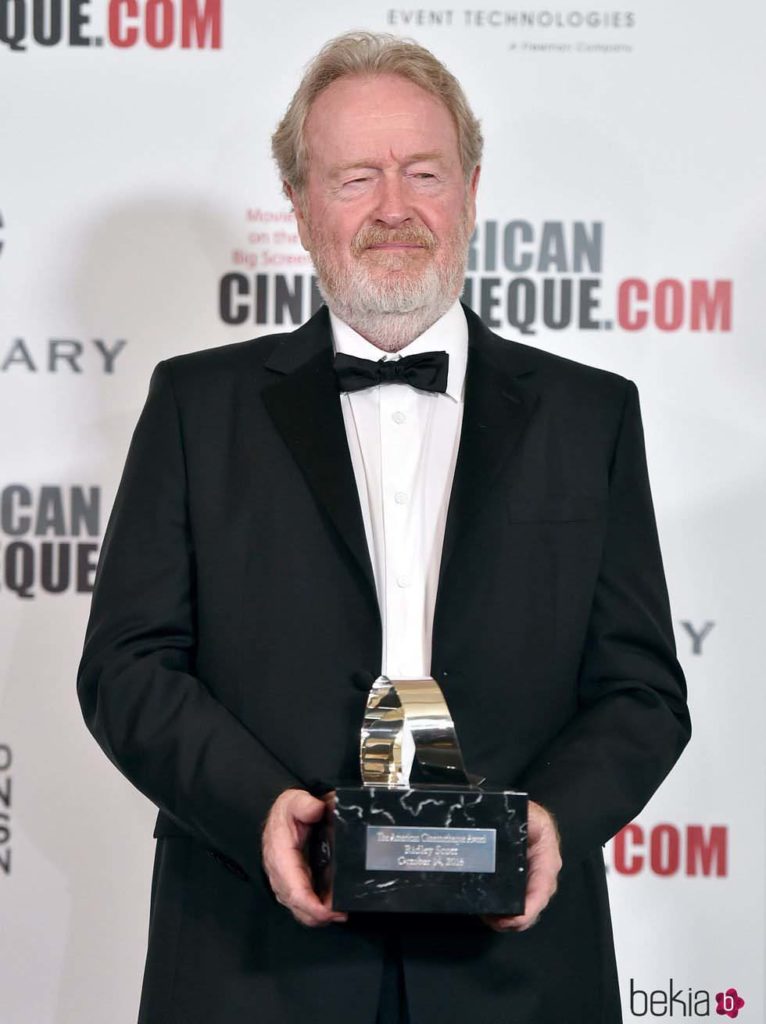 Ridley Scott has received four nominations from the Academy Award but has not bagged any one of them. He has won the BAFTA Awards in 1995 and 2018, and the Cannes Film Festival Award in 1977. Likewise, he is also the recipient of the Lifetime Achievement Award from the Directors Guild of America in 2017. Ridley has received a total of 10 nominations from the Primetime Emmy Award and has won two awards in 2002 and 2011. Moreover, he is also the winner of the Golden Globe Award in 2016, three Saturn Awards in 1980, 2004, and 2016.

Net Worth of Ridley Scott