Robby Fabbri is a popular figure in the sports and hockey industry. He is a Canadian ice hockey player. He currently plays for the Detroit Red Wings of the NHL (National Hockey League). Robby’s current position in the team is Centre and Left-Wing. He previously played for the team St. Louis Blues of the National Hockey League (NHL). 25-year-old Fabbri has been active in the sports industry since 2015. 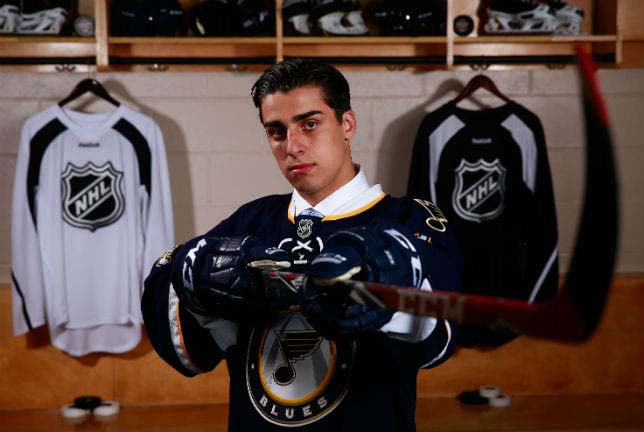 Where was Robby Fabbri born?

Robby Fabbri was born on January 22, 1996, in Mississauga, Ontario, Canada. He is the son of Len Fabbri and Stefani Fabbri. Likewise, his zodiac is Aquarius. Robby holds Canadian nationality, and as per ethnicity, he belongs to White. Talking about his educational qualifications, details about his education is not known to the public.

What are Robby’s physical stats?

Robby’s height is 5 feet 10 inches (178 centimeters), and his weight is 86 kilograms. He has a fit and athletic body. Fabbri has a beautiful pair of brown eyes with black hair.

Robby is not quite active on social media and does not have any social media accounts. However, accounts of NHL and fans of Robby often address him on Instagram and Twitter with #robbyfabbri.

Who is Robby Fabri’s girlfriend?

Robby is dating his stunning girlfriend, Kassandra Marchioni. Though the information about their relationship history has not been revealed, the couple has been dating for a long time.

Besides, Robby is not involved in any rumors and controversies about his past affairs and relationships. So it means it is clear, this is the first relationship that he has been involved in. Besides, he has not officially announced his girlfriend, but sources have revealed that he is dating Kassandra Marchioni. 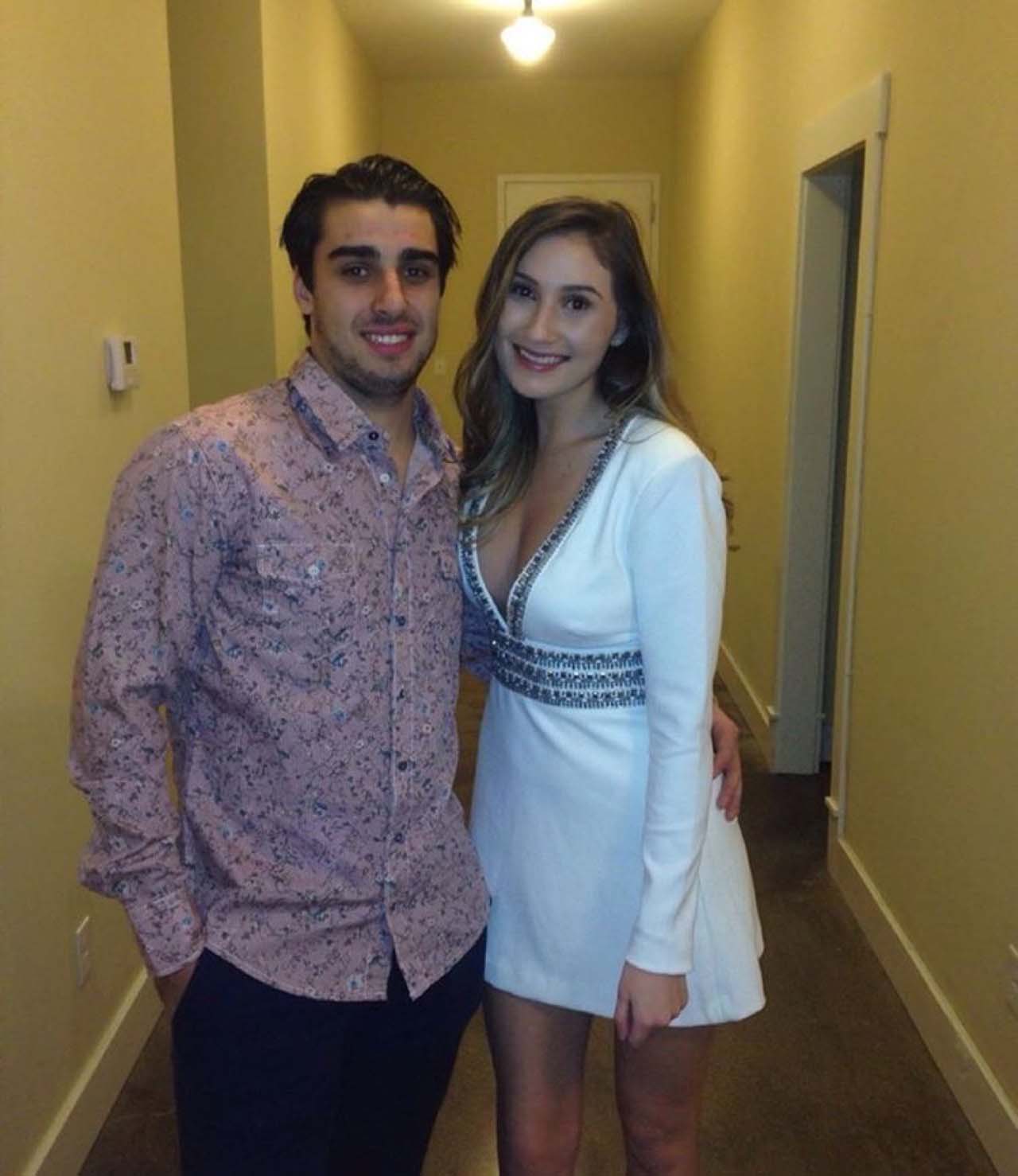 How did Robby Fabri begin her early career?

Robby started his career by playing in the Greater Toronto Hockey League with the Mississauga Rebels team from 2011 to 2012. In that year, he played a total of 60 games and achieved 57 goals with 48 assists. In the same season, he also played for the Ontario Junior Hockey League. He played only one game with 3 assists.

The Guelph Storm selected Robby for the 2012 OHL (Ontario Hockey League) Priority Selection. Then, he was selected for the 2014 CHL/ NHL Top Prospects Game. Moreover, he became in the 21st position in the NHL Scouting Services. In the 2012-2013 season, he played 59 games with 10 goals and 23 assists.

Furthermore, he scored 45 goals with 42 assists in the 58 games he played in the 2013-2014 season. In his final season with the Guelph Storm, he played 30 games and scored 25 goals with 26 assists. In the 2014-2015 season, Robby also played a total of 3 games for the team Chicago Wolves of the American Hockey League.

Robby briefly played 3 games for the San Antonio Rampage of the American Hockey League in the 2018-2019 season and scored 1 goal with 1 assist. Later, on November 1, 2018, he returned to Blues and led the team to win against the Vegas Golden Knights. Furthermore, the Blues played seven games against Boston Bruins and scored a goal in ten postseason games. Moreover, this led the team to win the Stanley Cup in 2019. In the 2018-2019 season, Fabbri played 32 games and scored 2 goals with 4 assists. He then played a total of 9 games and scored 1 goal in his final season with St. Louis Blues. 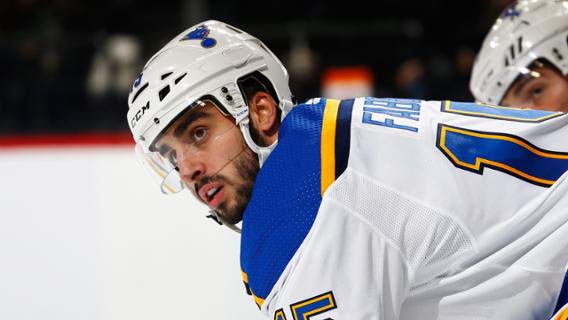 How did Fabri start his international career?

Has Robby Fabri won any awards?

Fabbri won the Ivan Hlinka Memorial Tournament Gold Medal in 2013. A year later, he won the Wayne Gretzky 99 Award-OHL Playoffs MVP. Furthermore, Rob won the IIHF World U20 Championships Gold Medal with his team in 2015. He also won the Stanley Cup with his team, St. Louis Blues, in 2019.

How much is the net worth of Robby Fabri?

Robby has been able to establish himself as an amazing player. He has earned massive fame, and likewise, he has accumulated a good amount of money. His net worth is estimated to be about $2 million. His average salary per year is about $925,000. Besides, from his NHL career, he has earned about $4 million.