Who is Robert Downey Jr?

Robert Downey Jr is a well-known American actor who has won prestigious awards in his acting career. He was interested and involved in this entertainment industry since his childhood as his parents were in this field. He is popular for his acting in movies like ‘Chaplin,’ ‘Iron Man,’ ‘Sherlock Holmes’ and many more. Apart from acting, he has also spent his life part in tabloids, rehabilitation centres and prisons. But his versatility in acting made him one of the renowned actor of Hollywood. He is also the co-owner of the production company ‘Team Downey.’

Robert Downey Jr was born on April 4, 1965, in Manhattan, New York, to father Robert Downey, Sr. and to mother Elsie. His father was a popular filmmaker, actor, writer, director and his mother was an actress. He also has a sister named Allyson. He is currently 55 years old with Aries sun sign. 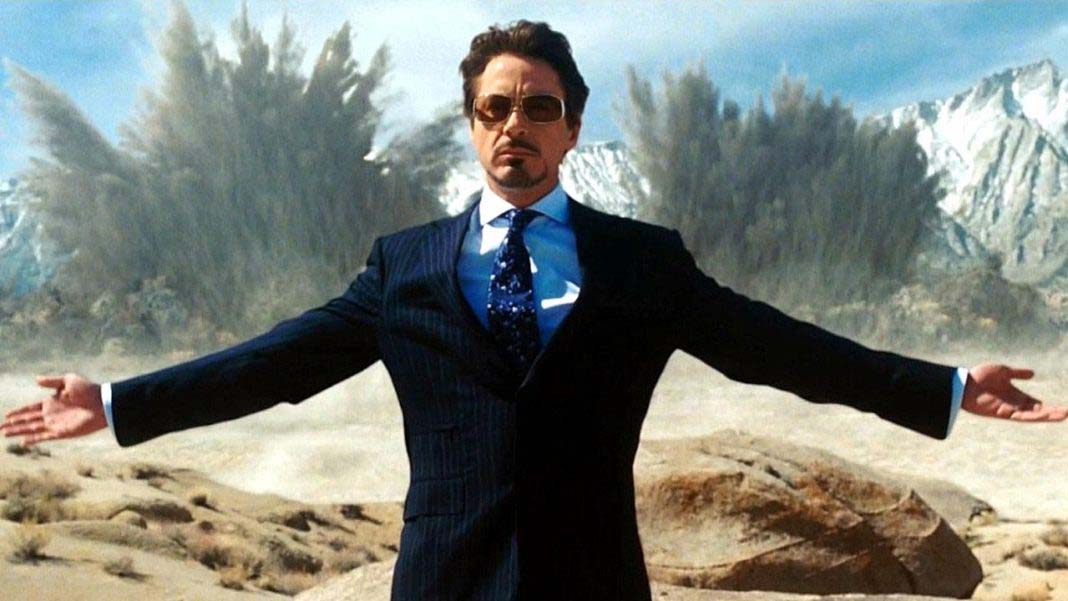 Robert Downey Jr holds an American nationality. His descent is half Irish, Scottish, German, and Swiss. His religious views are Jewish-Buddhist. Besides this, he stands 5 feet and 8½ inches (1.74m/174cm) tall and weighs 78 kg (172 lbs). He has a slim body type having a pair of dark brown eye colour and dark brown hair colour.

Robert Downey Jr entered the entertainment industry through his father’s movie ‘Pound’ when he was just five years old. He again appeared in the movie called ‘Greaser’s Palace’ when he was seven. Besides, he attended Santa Monica High School but he dropped out and went to England to study classical ballet. Later, Downey enrolled in the Stagedoor Manor Performing Arts Training Center in New York. Similarly, his parents divorced when he was thirteen so he returned to California to live with his father. Downey was also involved in taking drugs from an early age.

Robert Downey Jr became the part of his first television show from 1985 to 1986 in Saturday Night Live which is a sketch comedy and variety show. He also appeared in three episodes of ‘Mussolini: The Untold Story’ as Bruno Mussolini the same year. Then after ten years in 1995, he appeared in a television special show named ‘Mr. Willowby’s Christmas Tree.’ Similarly, from 2000 to 2002 Downey appeared in a legal comedy-drama series ‘Ally McBeal’ as Larry Paul which led him to win many accolades for his role. This series aired on Fox Channel. He featured in an episode of ‘Family Guy’ where he lent his voice to Patrick in 2005. Finally, his recent TV show was in 2019 where he narrated and hosted the series called ‘The Age of A.I’ which is a science documentary web series. 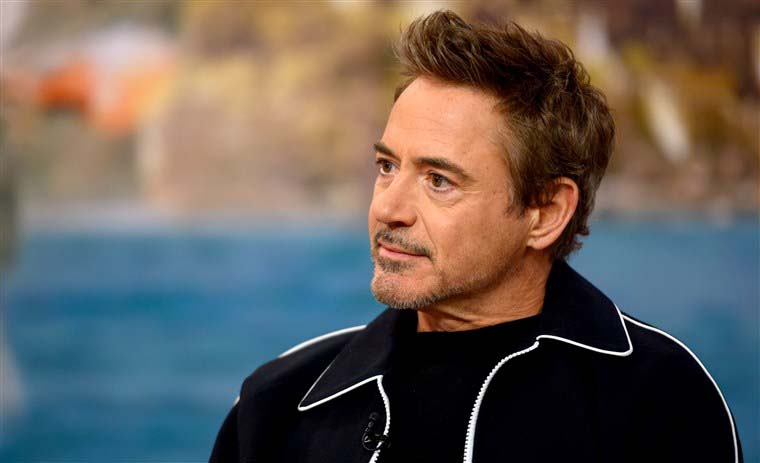 Robert Downey Jr made his debut when he was a small kid at the age of five in 1970 film, Pound. He also had a role in the 1972 film ‘Greaser’s Palace’ as a child actor, at the age of seven. Likewise, during the 1980’s he did various films with supporting characters. He finally landed on getting a lead role in 1987 film ‘The Pick-up Artist’. The same year ‘Less Than Zero’ released, where he played as Julian Wells.

The next year he featured in ‘1969’ as Ralph Karr and in ‘Rented Lips’ as Wolf Dangler. In 1989, Downey did a romantic comedy called ‘Chances Are’, alongside Cybill Shepherd, Ryan O’Neal and Mary Stuart Masterson. It was then followed by ‘Air America’ in 1990 where he shared the screen with Mel Gibson and ‘Soapdish’ with Sally Field in 1991. Similarly, Robert received his breakthrough in film career when he did a biographical drama ‘Chaplin’ in 1992. He played the role of Charlie Chaplin in the movie and prepared largely for his role which led him to win an Oscar nomination and a BAFTA Award.

Downer received his worldwide fame after he featured in 2008 superhero film based on Marvel Comics character named ‘Iron Mad’ as Tony Stark. In the film, he starred alongside Sebastian Stan, Scarlett Johansson, Anthony Mackie, Don Cheadle, Chris Evans, Jeremy Renner, Chadwick Boseman, Paul Bettany, Elizabeth Olsen, Paul Rudd. This film was a blockbuster which also hit the box office. Moreover, he also reprised his role of Tony in the sequel films ‘Iron Man 2’ in 2010 and ‘Iron Man 3’ in 2013. During the same year, he starred in British-American action mystery film, ‘Sherlock Holmes.’ This character also made him famous because of his versatile acting skill seen in the movie. The sequel of this movie also released in 2011 ‘Sherlock Holmes: A Game of Shadows’ where he shared his screen with Jude Law and Jarred Harris.

Furthermore, in 2012 he was part of the film ‘The Avengers’ which was based on the Marvel Comics superhero team of the same name. He reprised his role of Tony Stark. He again reprised his in the sequel films ‘Captain America: Civil War’ in 2016, ‘Avengers: Infinity War’ in 2018, and in ‘Avengers: Endgame’ in 2019. These all Marvel production film series gained commercial hit in their respective years. He is currently working in his films ‘DoLittle’ where he is also a producer, and in ‘Black Widow’ which is working on its post-production. 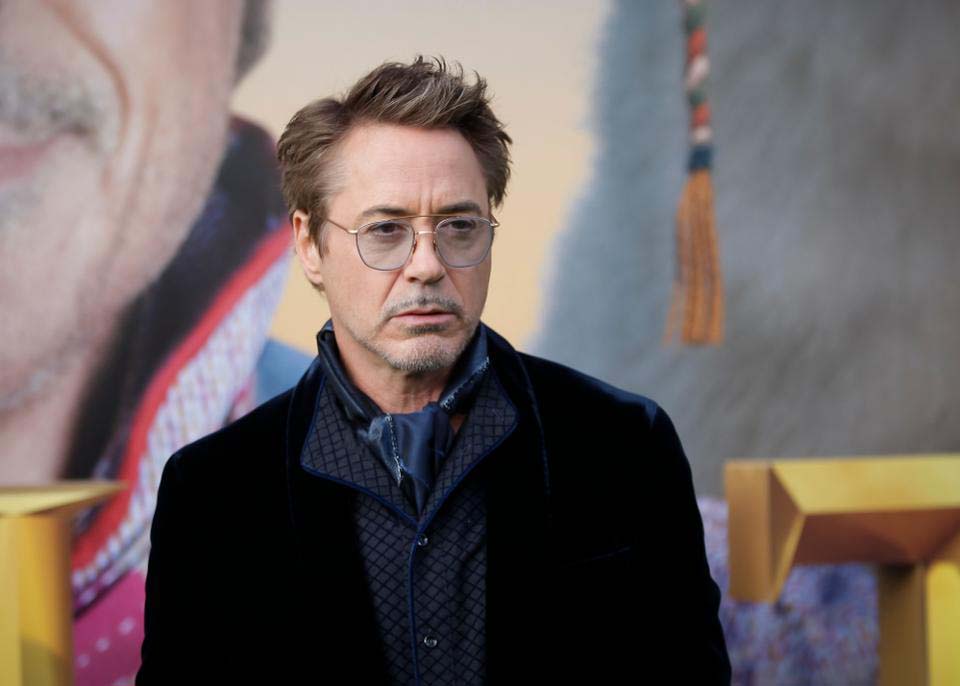 Robert Downey Jr has been arrested many times for possession of different drugs likes cocaine, marijuana and heroin. He was also sent to California Substance Abuse Treatment Facility and State Prison, California for three years. He has been drug-free since July 2003.

Talking about his love life, he married to singer and actress Deborah Falconer from 1992. They together have a son named Indio Falconer Downey, was born in September 1993. Unfortunately, they separated in 2004 due to Downey’s addictions and frequent visits to rehab. Similarly, he then married Susan Levin in a Jewish ceremony in 2005 and was blessed with a son in February 2012 named Exton Elias Downer. Their second daughter, Avri Roel was born in November 2014.

Robert Downey Jr is an amazing actor who has gained worldwide recognition. He earns from the entertainment industry. His estimated net worth as of 2020 is $300 million.