Who is Sarah Hyland?

Sarah Jane Hyland is an American actress. She is best known for portraying as Haley Dunphy in the ABC sitcom “Modern Family” for which she had received critical acclaim and numerous accolades and nominations, including four Screen Actors Guild Award for Outstanding Performance by an Ensemble in a Comedy Series and a Critics’ Choice Television Award nomination as Best Supporting Actress in a Comedy Series. Sarah is also popularly known for her roles in the films including “Geek Charming” in 2011, “Struck by Lightning” in 2012, “Scary Movie 5” in 2013, “Vampire Academy” in 2014, “See You in Valhalla” in 2015, “XOXO” in 2016, “Dirty Dancing” in 2017 and “The Wedding Year” in 2019.

Sarah Hyland was born on November 24, 1990, in Manhattan, New York, United States. She is currently 29 years old. Her sun sign is Sagittarius. She is a daughter of Melissa Canaday and Edward James Hyland. Her mother is an actress by profession and her father is also an actor. She has an elder brother four years older than her, named Ian Hyland. Ian is also an actor. 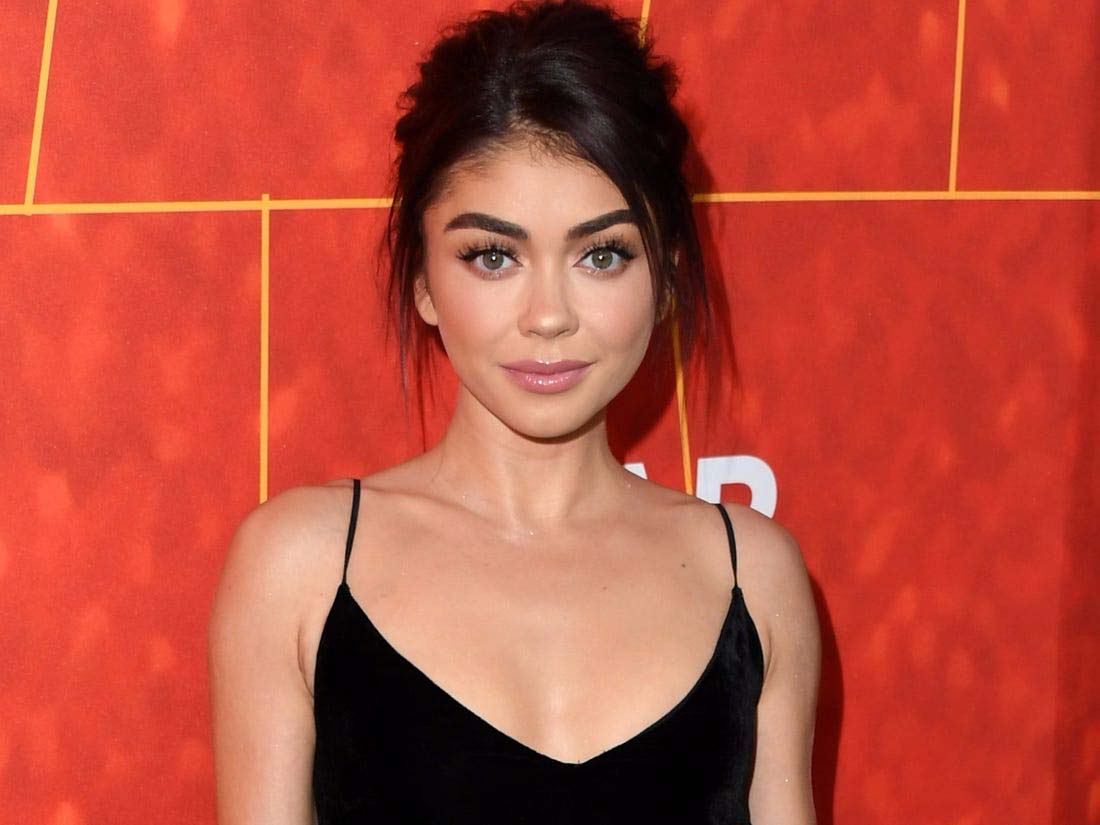 Sarah had attended Professional Performing Arts School in Manhattan, USA. She had studied next to many actors like Andrea Bowen, Gregory Malek-Jones, Paul Lacono and Taylor Momsen. She started her acting career at the age of seven in 1997.

Sarah Hyland is American by nationality and is of the white race. She belongs to Dutch, English, German, Irish, Scottish and Welsh ancestry.

Besides that Hyland stands at the height of 5 feet 2 inches (1.57 m) and weighing about 46 kg (101.5 lbs) with the body measurement of 34-25-34.  Additionally, her hair color is ash blonde naturally but she has dyed her hair dark brown and eye color is green.

Sarah diagnosed with kidney dysplasia as a young child and received a kidney transplant from her father in 2012. Eventually, after a few years, that kidney failed and she received a second kidney transplant donated by her brother, Ian in 2012. She is on regular anti-rejection medicines and steroids to ensure her body does not reject her donated kidney. She has undergone 16 surgeries to improve her health, including numerous kidney surgeries and laparoscopic surgery to treat her endometriosis.

Sarah had dated her co-star Matt Prokop from “Geek Charming” from 2010. The couple decided to cut the tie after Hyland faced a domestic violence temporary restraining order against Prokop. Hyland is currently engaged to Well Adams, who is the alum of “the Bachelorette and Bachelor in Paradise” of 2019. The couple started living together in Los Angeles since 2018. 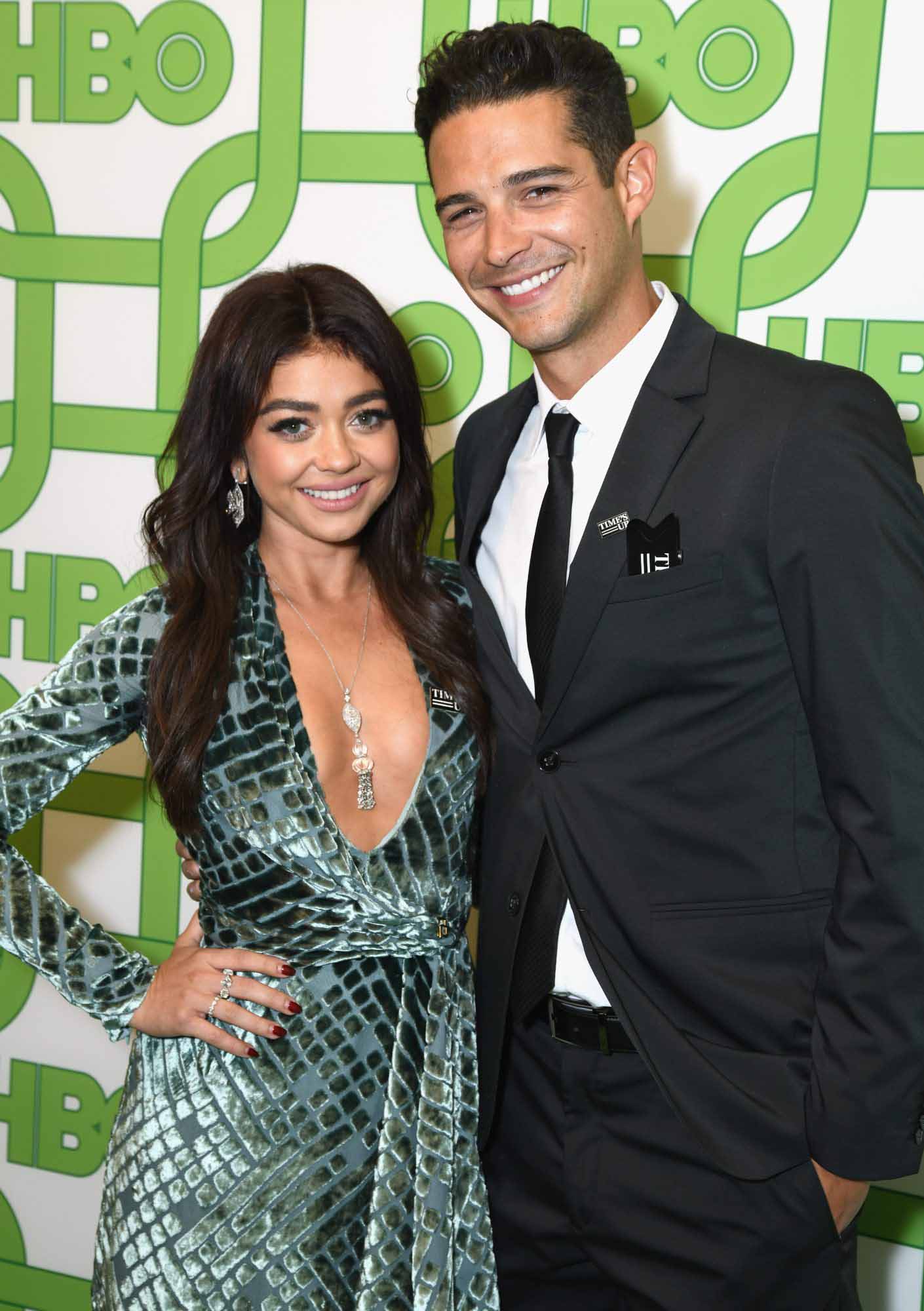 In 1997, Hyland started her acting career with her first role as Howard Stern’s daughter in the film “Private Parts”. In 1999, she portrayed her role as Molly in the television film of Annie and Maddie Healy in “Lipstick Jungle” on NBC. Hyland had featured in the commercial of Olive Garden and also had appeared as the young Jacqueline Bouvier on Broadway in “Grey Garden” in 2006.

Since 2009, Sarah appeared on the ABC sitcom “Modern Family” as the main role of Haley Dunphy alongside Sofia Vergara, Julie Bowen, and others. While starring the sitcom, she also co-starred in the Disney Channel Original Movie Geek Charming in 2011. Eventually, in the following year 2012, she appeared in the film “Struck by Lightning” and also involved in a Nintendo 3DS and campaign along with Dianna Agron and Gabby Douglas.

Hyland associated with music projects and theatre productions as well. She has performed in Kerrigan Lowdermilk Concert in 2013, “Hair” which is the adaptation at the Hollywood Bowl, “The Unauthorized Musical Parody of Scream” in 2014 which was played at Rockwell Table & Stage and The Kindred Foundation for Adoption created by Jenny Ushkowitz and Samantha Futerman in 2015 for fundraising scheme. 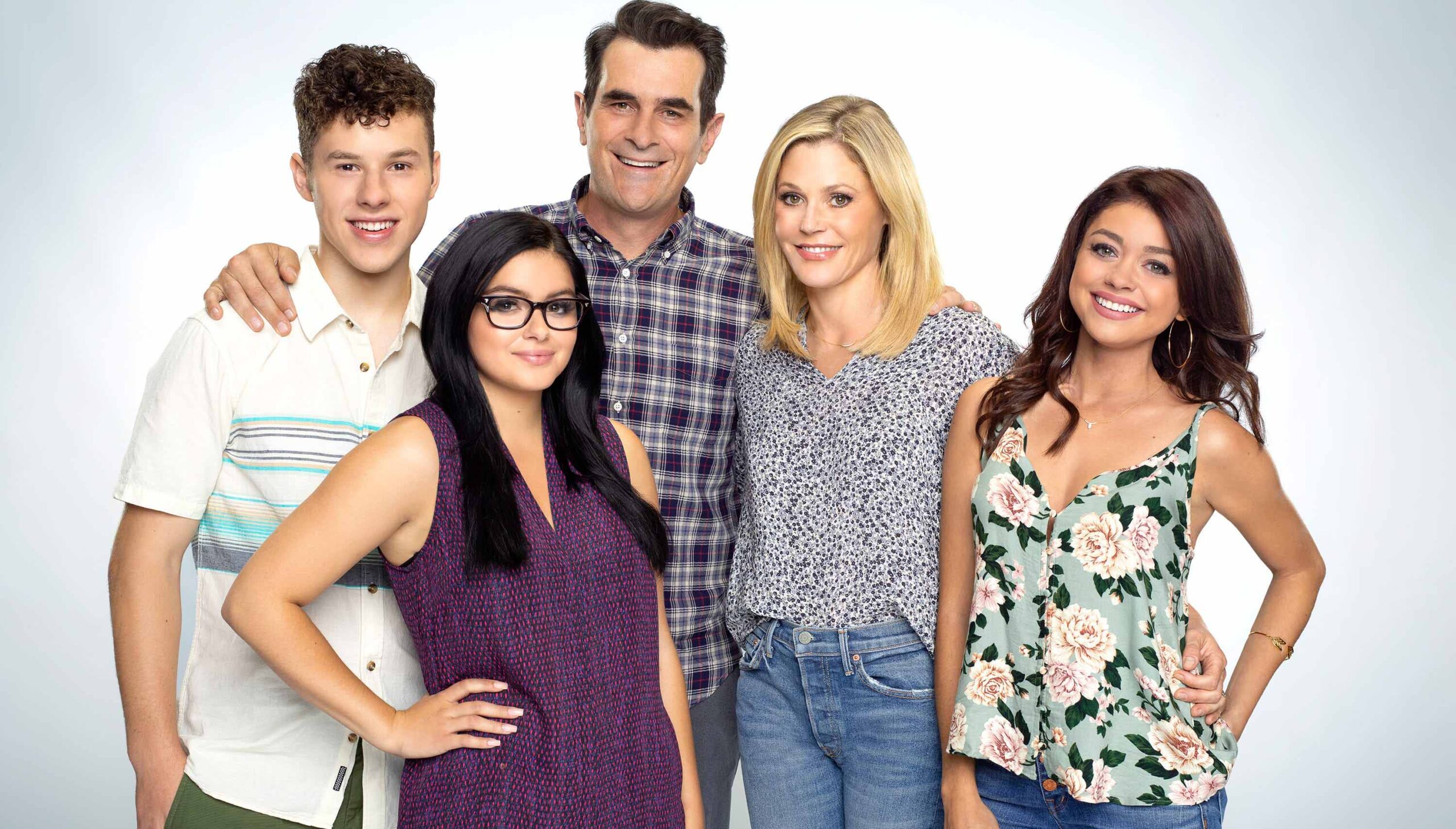 In 2014, Hyland co-hosted at the Disney Parks Christmas Day Parade which included dancing and singing with Jordan fisher. Hyland had also guest appeared in “The Wonderful World of Disney: Disneyland 60” in 2016 and Mickey’s 90th Spectacular in 2018.

Hyland had covered songs with Boyce Avenue such as “Closer” by The Chainsmokers and “Don’t Wanna Know” by Maroon 5 in 2016. Sarah sang her debut performance of “Met At a Party” with Jordan McGraw at the 2019 Teen Choice Awards. The single released on August 9, 2019, via Republic Records.

Hyland has been associated with the entertainment industry since she was a child. She has given a lot of contributions and has been nominated for numerous awards and also has won them. Hyland won the title “Outstanding Performance by an Ensemble in a Comedy Series” in Screen Actors Guild in 2011, 2012, 2013, and 2014 respectively from “Modern Family”. Eventually, in 2014, she also won the title “Comedy Actress” in Glamour Awards from “Modern family.”

Hyland is living a luxurious life with her fiancee. She is a famous actress who has earned a lot of money as well as fame. Sarah currently has about $15 million USD approximately.