A German-born Canadian actor, director, playwright, and producer well-known for his film 'The Bonfire of the Vanities' where he played Jed Kramer.

Who is Saul Rubinek?

Saul Rubinek is a German-born Canadian actor, director, playwright, and producer who has vigorously worked in the entertainment field since 1968 to date. He was encouraged by his parents to join an acting class. This led him to join theatres and eventually, he became a known theatre artist. After this, he even received movies and television roles. He initially started his career in the Canadian industry and slowly became known in the Hollywood industry as well for his acting skills. Likewise, this actor is well-known for his roles in various movies and series. He is popular for playing in ‘Wall Street,’ ‘The Bonfire of the Vanities,’ ‘Unforgiven,’ etc. Moreover, he has also won various accolades for his acting role in the industry. 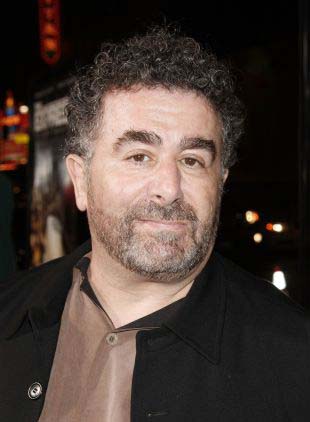 Saul Hersh Rubinek was born on 2 July 1948 in Föhrenwald, Wolfratshausen, Upper Bavaria, Allied-occupied Germany. He was born to his parents Israel Rubinek and Frania Rubinek. His father worked in a factory and as a theatre company manager. His parents hid in the Polish farmer’s house for two years during World War II. And they finally moved to Canada in 1948. Additionally, he is currently 72 years old with a Cancer star sign.

Saul Rubinek received his education at Camp B’nai Brith. He also joined Ottawa Little Theatre to take acting classes. Because of his parent’s encouragement, he joined this theatre and started his career as a child actor. When he became 20, he became one of the members of the Stratford Shakespearean Festival company. Following this, he also became a co-founder, actor, and director of Theatre Le Hibou, Theatre Passe-Muraille, and Toronto Free Theatre.

Saul Rubinek holds Canadian nationality and as per his ethnicity, he is White. He belongs to the Polish Jews ancestry. Besides this, he stands 5 feet and 6 inches (170cm/ 1.70m) tall and weighs around 75 kg (165lbs). Moreover, he has a pair of brown-colored eyes and grey colored hair.

Saul Rubinek has married twice. He first tied a knot with actress Kate Lynch from 1973 to 1987. He then married Elinor Reid on 16 September 1990 and is still living together. They have two children named Hannah Rubinek and Sam Rubinek. 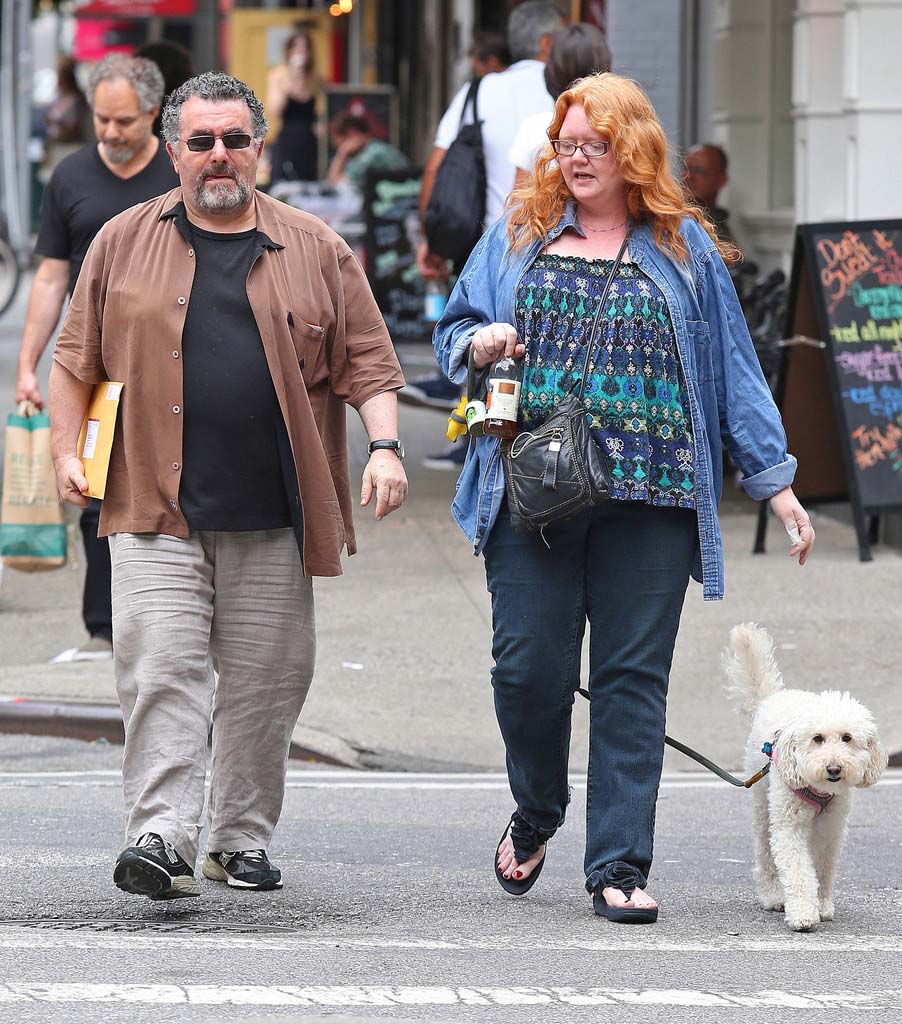 Saul Rubinek has appeared in numerous television series and television movies. His first work is ‘King of Kensington’ in 1975. After this, he played in the TV film ‘The Wordsmith’ in 1979 for which he received a nomination from the Genie Award. Some of his other television movies are ‘The Terry Fox Story,’ ‘The Suicide Murders,’ ‘Liberace: Behind the Music,’ ‘And the Band Played On,’ ‘The Golden Spiders: A Nero Wolfe Mystery,’ ‘The Brady Bunch in the White House,’ ‘Gleason,’ and many more. During this time, he also played in various series where he had a small role. Similarly, he played in ‘Bizarre’ in 1980, ‘The Equalizer’ in 1985, ‘Ink’ in 1996, ‘Frasier’ in 1999, etc. His long played series are ‘Warehouse 13’ from 2009 to 2014 in 64 episodes, ‘The Last Tycoon’ in 2017, and ‘Hunters’ in 2019.

This actor has comparatively has played more television films. His recent TV movies are ‘Jesse Stone: No Remorse,’ ‘Jesse Stone: Innocents Lost,’ and ‘Jesse Stone: Benefit of the Doubt’ in 2010, 2011, and 2012 respectively. He also acted in ‘Jesse Stone: Sea Change’ in 2007, ‘Jesse Stone: Night Passage’ in 2006, ‘Call Me: The Rise and Fall of Heidi Fleiss’ in 2004, and ‘And Starring Pancho Villa as Himself’ in 2003. Moreover, Saul also has appeared in ‘Psych,’ ‘Boston Legal,’ ‘Beauty & the Beast,’ ‘The Good Wife,’ ‘Doubt,’ ‘Law & Order: Special Victims Unit,’ ‘Grey’s Anatomy,’ and ‘The Marvelous Mrs. Maisel.’ Overall in these series, he worked with different stars like Eric Dane, Martin Henderson, Matthew Goode, Greg Germann, Matt Czuchry, Kristin Kreuk, Max Brown, etc. He recently appeared in an episode of ‘ Schitt’s Creek’ in 2020. 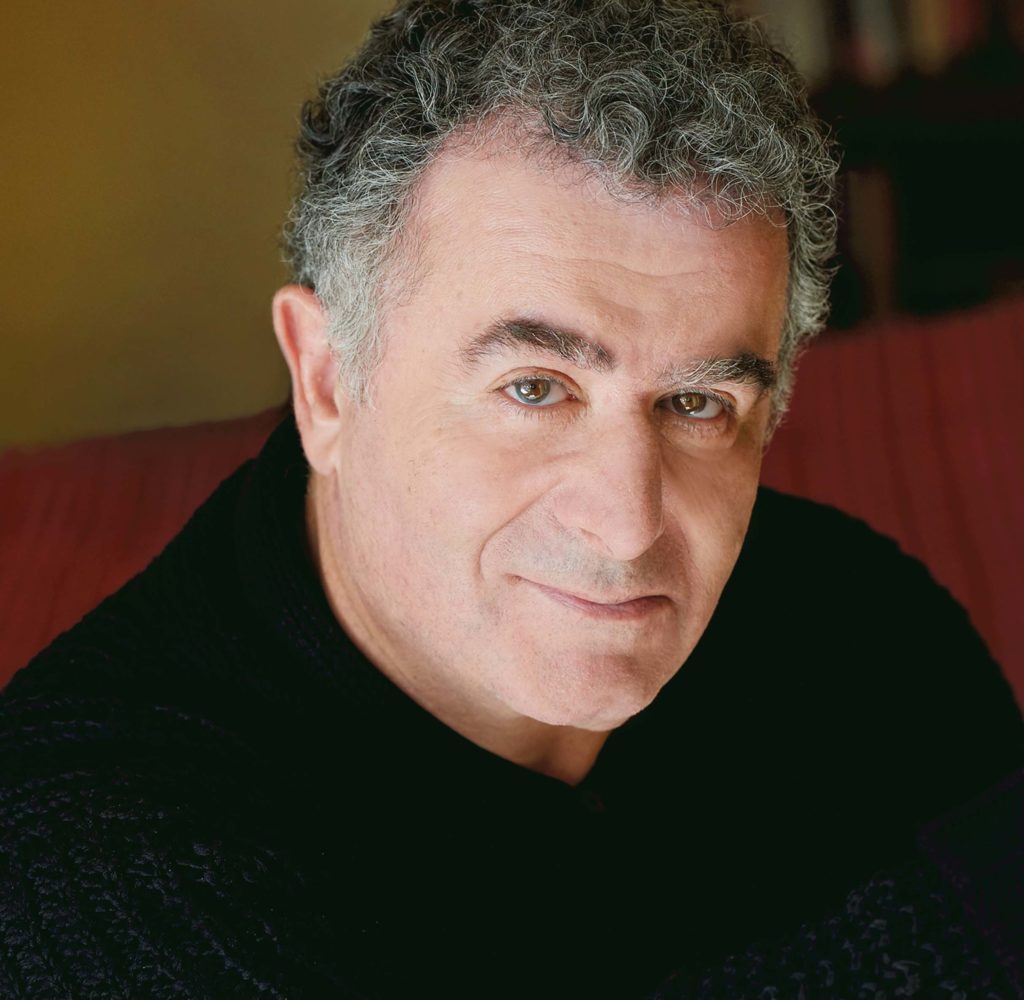 Saul Rubinek has received five Genie Awards for Best Supporting Actor out of which he won one in 1982 for ‘Ticket to Heaven.’ He is also the winner of the Broadcast Film Critics Association Award in 2001 for ‘The Contender.’

Net Worth of Saul Rubinek

Saul Rubinek has an estimated net worth of $6 million as of 2021.