Who is Sean Penn?

Sean Penn is an American actor, director, screenwriter, and producer who has conscientiously worked in the entertainment industry from 1974 to date. He has already worked for around 4 decades in this industry. This actor is considered to be one of the most gifted actors in Hollywood who has won the Oscar Award two times. Likewise, he is well-known for his role of Harvey Milk in the biopic film ‘Milk’ in 2008. Apart from acting, he has also ventured into directing, producing, and writing. Moreover, his debut directional film is ‘The Indian Runner’ in 1991. Sean is also known for his controversies for his string of romantic endeavors. 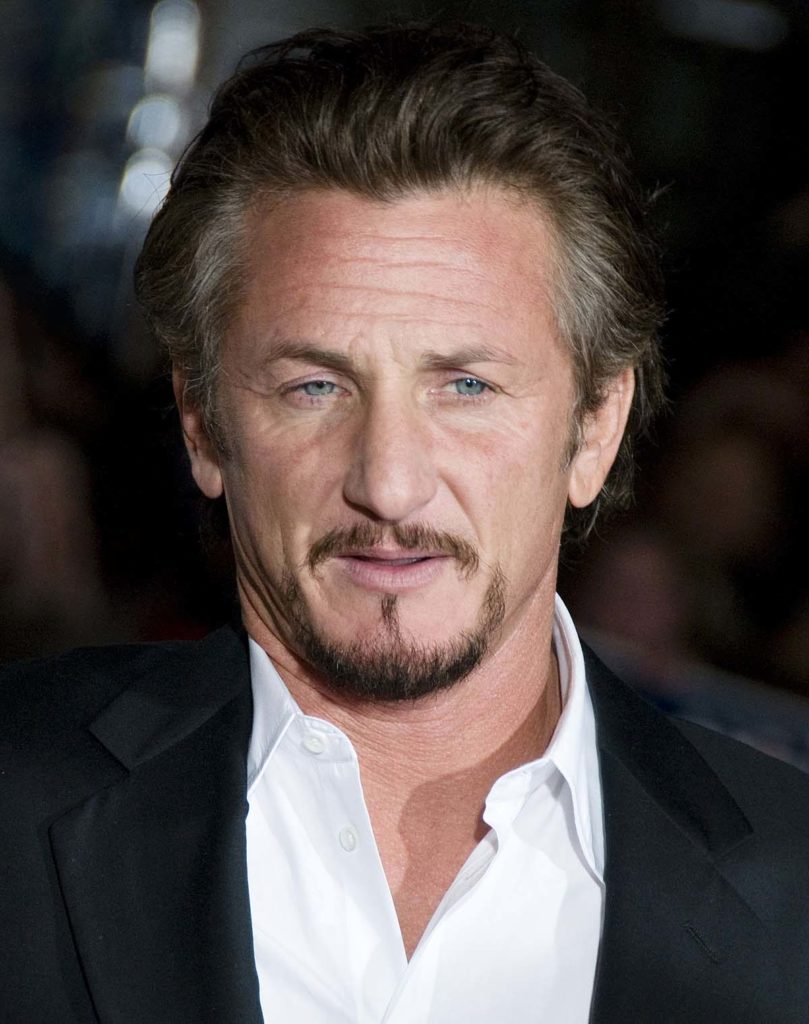 Sean Justin Penn was born on 17 August 1960 in Santa Monica, California, United States. His parents are also from a filmy background named Leo Penn, actor and director, and Eileen Ryan, an actress. Moreover, he also has one elder brother named Michael Penn, a musician, and a younger brother, Chris Penn who died in 2006.  Additionally, he belongs to the Leo sun sign and is currently 60 years old.

Sean Penn holds an American nationality and as per his ethnicity, he is White. He has Ashkenazi Jewish ancestry from his father’s side and has Irish, Italian descent from his mother’s side. His religious views are Agnosticism. Besides this, he stands 5 feet and 8 inches (1.73m/173cm) tall and weighs around 70 kg (154lbs). He has an average body type. Moreover, he has a pair of blue-colored eyes and grey hair color.

Sean Penn was raised in a secular home. He attended Santa Monica High School in California.

Sean Penn previously dated different personalities like Elizabeth McGovern, Susan Sarandon in 1984. He then married singer Madonna in 1985 and ended their marriage in 1989 after being charged with domestic violence. Likewise, he then married Robin Wright in 1990 and divorced in 1995. They again reconciled in 1996 and stayed together till 2009. This couple gave birth to their daughter Dylan Frances on 13 April 1991 and their son Hopper Jack on August 6, 1993. Moreover, he also dated other ladies like Scarlett Johansson in 2011, Charlize Theron from 2013 to 2015, and many more. His current relationship is with Australian actress Leila George which started in 2016. They recently married on 30 July 2020. 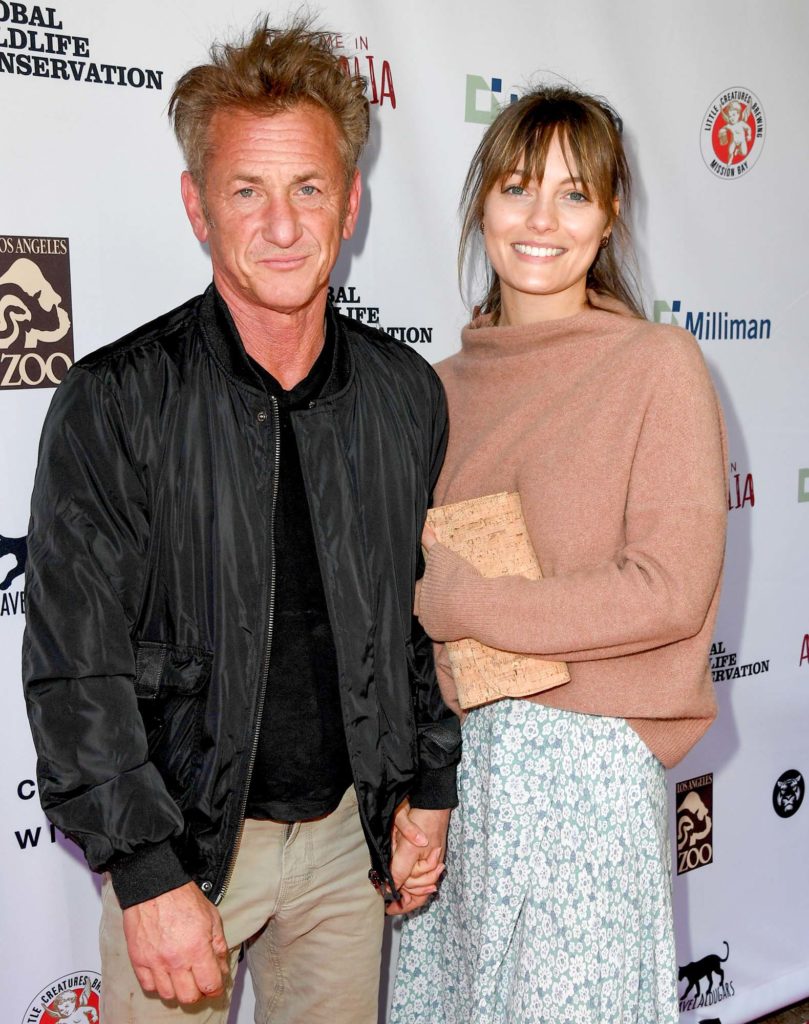 Sean Penn has appeared in numerous movies and his debut film is ‘Taps’ in 1981. The next year, he appeared in ‘Fast Times at Ridgemont High’ as Jeff Spicoli. Likewise, he also played in ‘Bad Boys’ in 1983, ‘Racing with the Moon’ in 1984, ‘The Falcon and the Snowman’ in 1985, and ‘Shanghai Surprise’ in 1986. He also featured in ‘Judgment in Berlin’ in 1988, ‘We’re No Angels,’ and ‘Casualties of War’ in 1989. Sean also appeared in the 1993 crime drama film ‘Carlito’s Way’ where he played the role of David Kleinfeld. His next hit movie was ‘Dead Man Walking’ in 1995. He played as Matthew Poncelet and this role earned him several accolades. Moreover, his other notable films in the late 1990s are ‘She’s So Lovely,’ ‘Hurlyburly,’ and ‘Sweet and Lowdown.’

Sean also played as Samuel John “Sam” Dawson in the melodrama film ‘I Am Sam’ in 2001. Likewise, in 2003 he played in a neo-noir mystery crime drama film ‘Mystic River’ where he played as James “Jimmy” Markum. This role earned him various nominations and awards. It starred Tim Robbins, Kevin Bacon, Laurence Fishburne, Marcia Gay Harden, and Laura Linney. He also played in ’21 Grams’ as Paul the same year. Between 2004 to 2008 he appeared in seven movies, out of which he is most notable for his biopic drama film ‘Milk’ in 2008. He played as Harvey Milk and earned prestigious awards. Emile Hirsch, Josh Brolin, Diego Luna, and James Franco were the stars of this film.

Furthermore, he also played in movies like ‘Fair Games’ in 2010, ‘The Tree of Life’ in 2011, ‘Gangster Squad’ in 2013, and ‘The Gunman’ in 2015. Moreover, he also played the played in the 2016 film ‘The Angry Birds Movie’ where he voiced over Terence. His last played film is ‘The Professor and the Madman’ in 2019. This actor is currently filming and directing the upcoming film ‘Flag Day.’

Sean Penn has not appeared in many television roles as much as he has appeared in the movies. He has starred in an episode of different series like ‘Little House on the Prairie’ in 1974, ‘Barnaby Jones’ in 1979, ‘The Killing of Randy Webster’ in 1981,’ and ‘The Larry Sanders Show’ in 1998. Likewise, he has also appeared in the famous sitcom ‘Friends’ in 2001 where he played Eric. He starred opposite Lisa Kudrow also known as Pheebs. Sean also played in ‘Viva La Bam’ and ‘Two and a Half Men’ in 2004. Similarly, he also had a voice role in ‘Family guy’ in 2016. His latest played television series is ‘The first’ in 2018 and ‘Curb Your Enthusiasm’ in 2020. 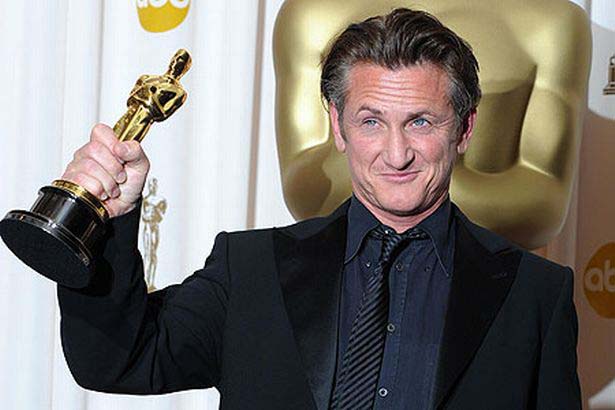 Sean Penn has received five nominations from the Academy Award out of which he has won two of them for his roles in ‘Milk’ in 2008 and ‘Mystic River’ in 2003. He has also won the Golden Globe Award and different other critics award for his film ‘Mystic River’ in 2003. Likewise, he also won the Critics Choice Award in 2009 and 2004, Cannes Film Festival Award in 1997, Capri Movie of the Year Award in 2007, and many more.

Net Worth of Sean Penn

Sean Penn earns from his professional career. His estimated net worth is $150.3 million as of 2021.