An American actor, director and producer, best known for his role of Michael Scott on the NBC sitcom ‘The Office.’

Who is Steve Carell?

Steve Carell is a popular American actor, director and producer known for his renowned acting skills especially in the comedy genre. He has been active in this entertainment field since 1989 to till date doing his debut film ‘Curly Sue.’ After doing many TV series regards to comedy, it gave him ample opportunity to sharpen his comedic skills and more significantly.

The hilarious flick ‘Bruce Almighty’ was a huge success and brought him worldwide recognition and more favourable offers. He went on to act in box-office hits, such as ‘Anchorman,’ ‘The 40-Year-Old Virgin,’ ‘Little Miss Sunshine,’ ‘Evan Almighty,’ and ‘Get Smart.’ Moreover, for the amazing works he has been honoured with several prestigious awards and nominations. 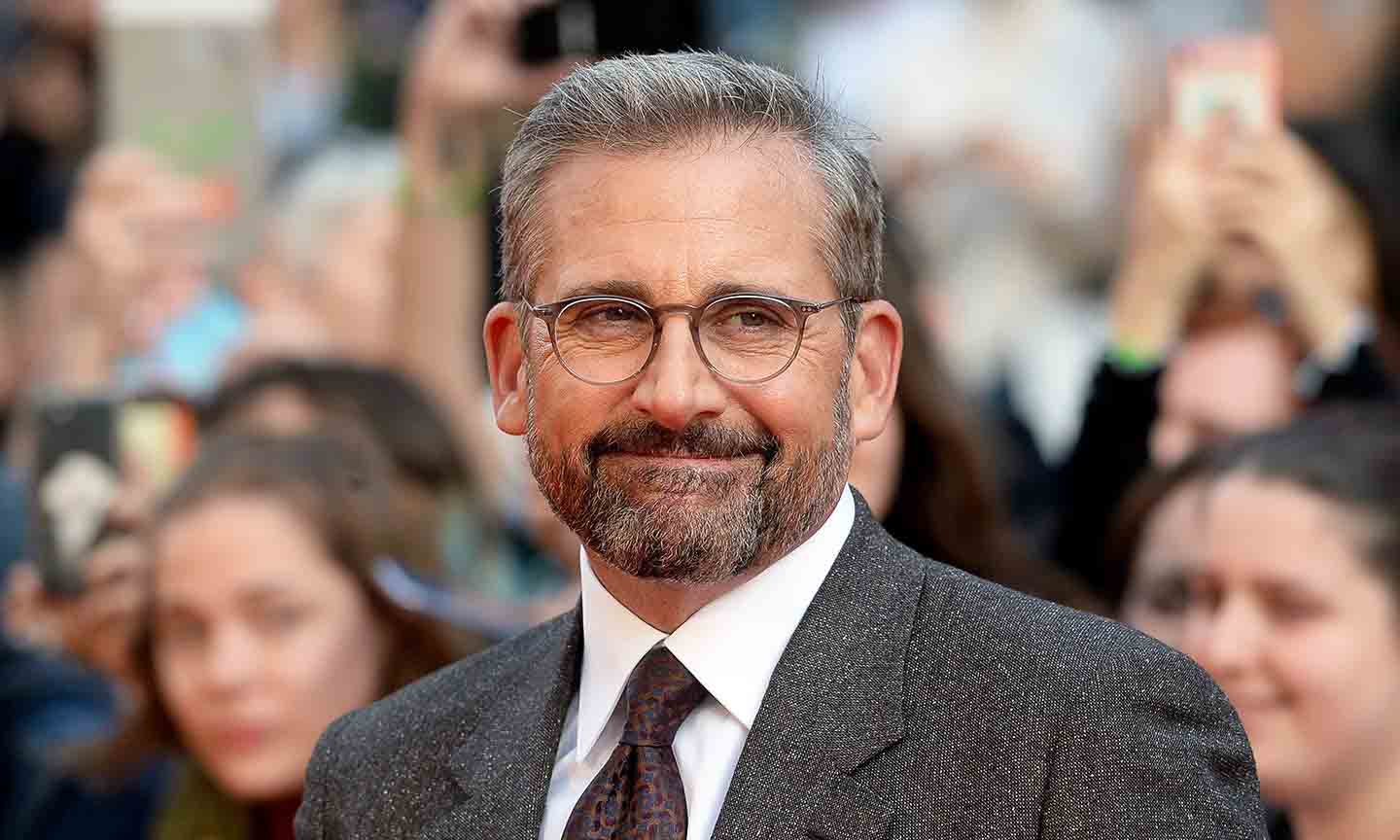 Steven John Carell was born on August 16, 1962, at Emerson Hospital in Concord, Massachusetts, USA. His father is Edwin A. Carell who is an electrical engineer and his mother is Harriet Theresa who is a psychiatric nurse. Furthermore, he has three older siblings. He is currently 58 years old with Leo sun.

Steve Carell holds an American nationality. He grew up in a Roman Catholic family and follows Christianity. He is of Italian, German, and Polish descent. Besides, he stands 5 feet and 9 inches (175cm/1.75m) tall and weighs around 70kg (154lbs). He has a slim body type measuring 40-34-14 inches respectively. He has a pair of hazel green colored eyes with white and brown hair color.

Steve Carell graduated from Denison University in Granville, Ohio in 1984. He was also a member of a student-run improvisational comedy troupe named ‘Burpee’s Seedy Theatrical Company.’

Steve Carell is married to Nancy Walls on 5 August 1995. They have two children together, a daughter named Elisabeth Anne and a son named John. 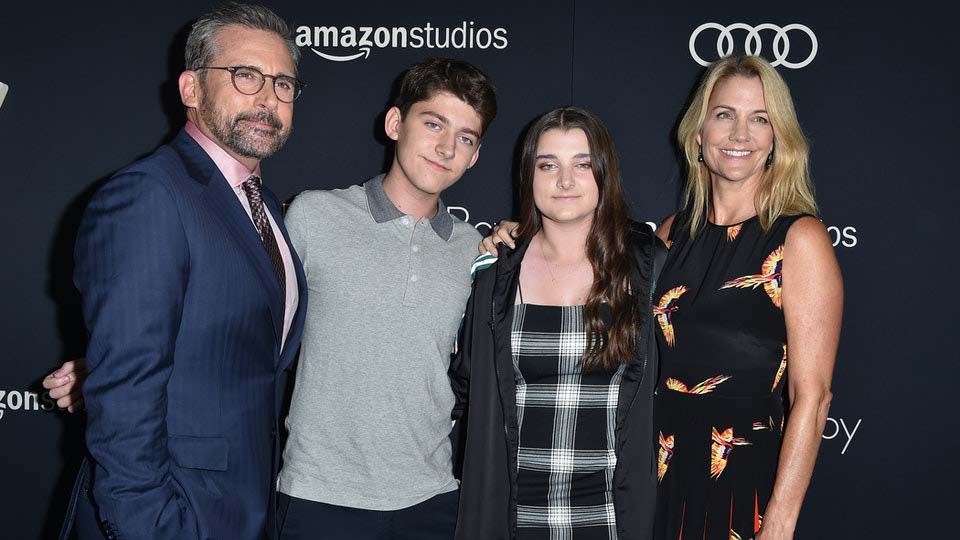 Steve Carell landed his debut film in 1991 as a minor role named Tesio in ‘Curly Sane.’ He then appeared in TV series and in 1998 he was then seen in films like ‘Tomorrow Night’ and ‘Homegrown.’ He also had a small credited role in 2003 film ‘Bruce Almighty’ where he played as Evan Baxter who is the coworker rival of Bruce.

He did the film ‘The 40-Year-Old Virgin’ where he played as Andy Stitzer and also was producer and writer of the film. Similarly, in 2006 he voiced over for the films ‘Hammy’s Boomerang Adventure’ and ‘Over the Hedge. The next year, he cast in American spy-fi comedy ‘Get Smart’ where he starred as Maxwell Smart who wants to become a real field agent, and successfully fends off plans of killing the United States president. He has also voiced for Gru in animated film ‘Despicable Me’ in 2010. He has also reprised his voice role of Gru in ‘Despicable Me 2’ and as Brick Tamland in ‘Anchorman 2: The Legend Continues’ in 2013.

Steve Carell started his TV career in 1996 in ‘The Dana Carvery Show. He then voiced ‘Gary’ along with fellow cast member Colbert from 1996 to 2011 in the ‘Saturday Night Live’ show. He was also a correspondent for ‘The Daily Show’ from 1999 to 2005. Steve’s most successful series from which he gained his name and fame is ‘The Office. 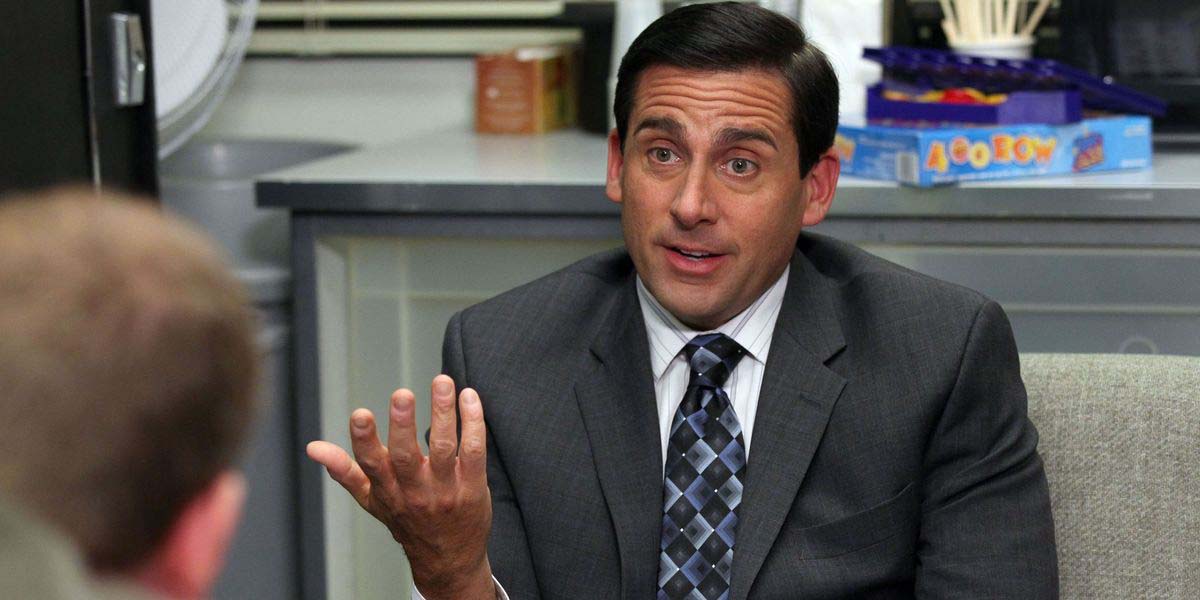 He played Michael Scott who is the idiosyncratic regional manager. This series is a mockumentary about typical office workers, their ego clashes and inappropriate behaviour. This series ran till 2013. He then hosted the show ‘Saturday Night Live’ in 2005, 2008 and in 2018. Likewise, he was also seen in episodes of ‘Life’s Too Short,’ ‘The Simpsons,’ ‘Web Therapy’ in 2007, 2011 and 2012 respectively. From 2016 to 2019 he worked as a director, writer and executive producer in the series named ‘Angie Tribeca. Recently, he can be seen in ‘The Kelly Clarkson Show’ and ‘The Morning Show. He also appeared as Mark R. Laird in movie ‘Space Force’.

Steve Carell has received 129 total nominations out of which he had bagged 34 of them as his contribution for this entertainment field. He has won maximum awards for his superb work in ‘The Office. He has been honoured with the Golden Globe Award in 2006 and the Screen Actors Guild Award in 2008. Steve is also the recipient of the Teen Choice Award for ‘Evan Almighty’ in 2007.