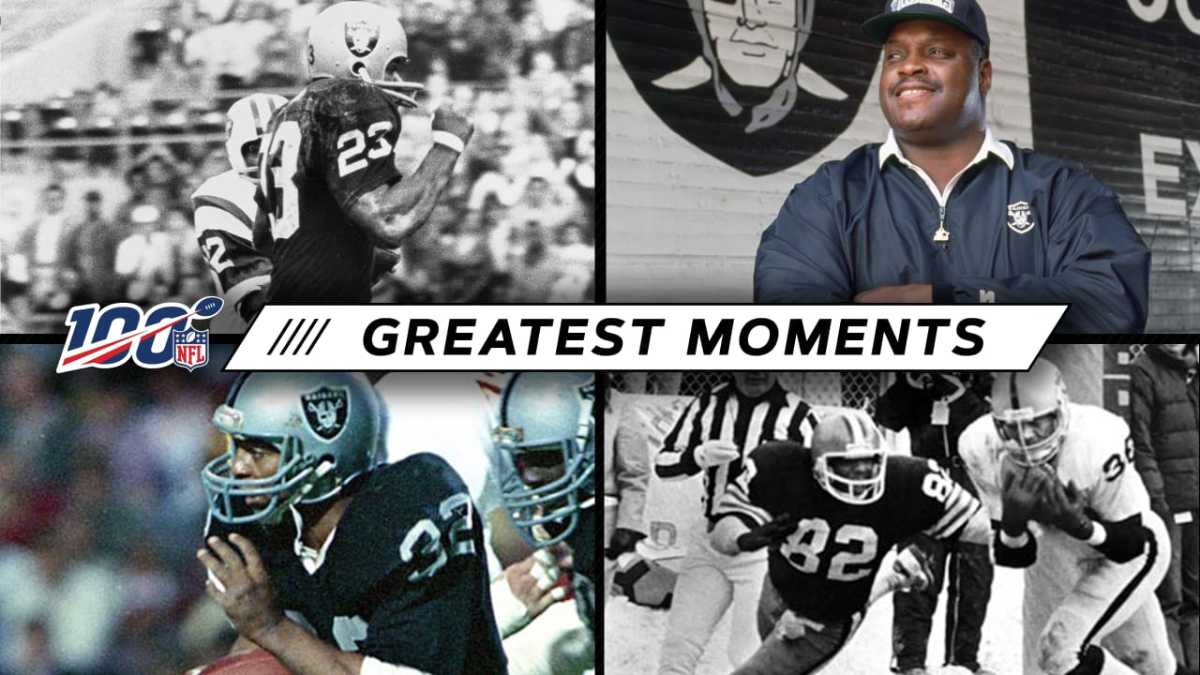 For over a century, the National Football League has provided its fans with some incredible moments. With underdog victories, weather-impacted contests, and athletically gifted plays, the NFL has given its fan base something to chat about every time two teams hit the field. With no shortage of incredible memories, we’re going to break down the 15 greatest NFL moments of all time!

Offering new markets like NFL betting and daily fantasy sports to tomfoolery on the gridiron, the NFL continues to innovate its product. In the next century, we are certain to see more wild moments as the game progresses with incredible athletes and intelligent minds. So, let’s take a look at some of the greatest NFL moments (in no particular order).

1 – 1972 Miami Dolphins Go Undefeated – A record that holds to this day, this group of Dolphins is the only group in NFL history that had a perfect regular season AND perfect playoff as well. The Super Bowl winners’ record has been sniffed at but never touched!

2 – New Orleans Saints Win Super Bowl After Hurricane Katrina – For a city ravished by one of the worst storms in history, the Saints played the entire 2005 season away from the Superdome. Used to house those that lost everything to the storm, the Superdome helped the city and community band together. Still feeling the effects of the storm, the Saints won Super Bowl XLIV, a major win for a city that had lost so much.

3 – The Philly Special – Seen as huge underdogs, the Philadelphia Eagles shocked the world by defeating the New England Patriots in Super Bowl LII. In that game, the Eagles performed one of the greatest trick plays in history. Known as The Philly Special, the Eagles snapped the ball to Corey Clement who found QB Nick Foles running to the end zone. A lob pass found the hands of Foles, helping the Eagles extend the lead and eventually win Super Bowl LII. 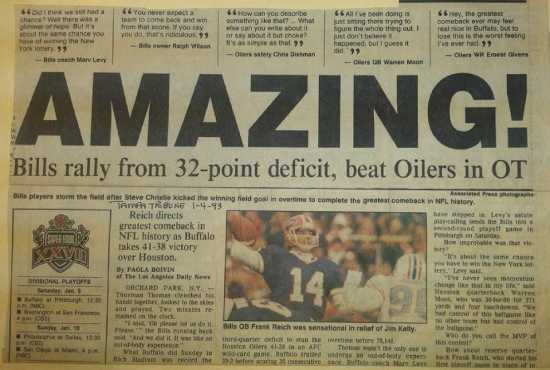 4 – Buffalo Bills Overcome 32-Point Deficit – Known as The Comeback, Buffalo battled back from a 32-point disadvantage to defeat the Houston Oilers in overtime. QB Frank Reich helped Buffalo overcome the odds in a playoff game. Buffalo would score 35 unanswered points to help the Bills win. This comeback is still the largest in NFL history.

6 – Music City Miracle – At the tail end of the AFC Championship Game, the Tennessee Titans trailed 16-15 with 16 seconds left on the clock. On the ensuing kickoff, TE Frank Wycheck threw a lateral pass to a streaking Kevin Dyson, who ran 75 yards to score the game-winning touchdown.

7 – Adam Vinatieri’s Super Bowl XXXVI Field Goal – Against all odds, the Patriots were tied 17-17 against the heavily favored St. Louis Rams. With virtually no time left on the clock in the 4th quarter, Adam Vinatieri would nail the 48-yard attempt to seal New England’s first Super Bowl victory.

8 – Joe Namath Guarantees Super Bowl Victory – The underdog Jets looked to take down the Baltimore Colts in Super Bowl III. However, Jets’ QB Joe Namath made a bold statement guaranteeing New York would defeat Baltimore. The Jets would go on to win 16-7, helping the popularity of Namath (and the Jets) explode. 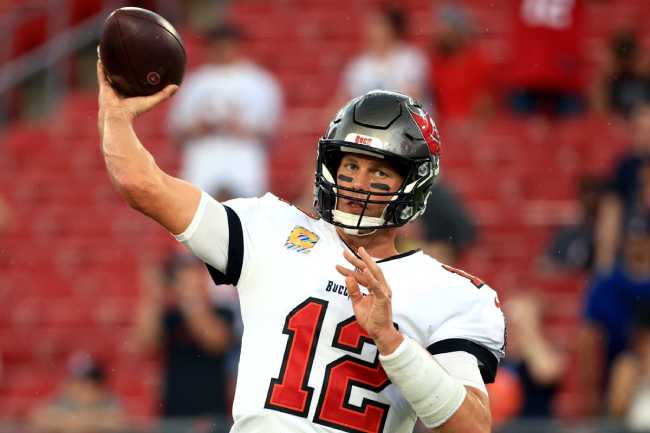 9 – Tom Brady Clinches Touchdown Pass Record – One of the fresher moments on this list, Tom Brady clinched the touchdown pass record and is currently the only QB with over 600 touchdown passes. Sitting at 624, it will be interesting to see how many more touchdowns Brady will add to his career totals.

10 – Malcolm Butler’s Goal Line Interception – Down late in the Super Bowl, the Seattle Seahawks had an opportunity to overtake the New England Patriots. On the goal line and trailing 28-24, the Seahawks opted for a slant route pass to score. Instead, it was picked off by Malcolm Butler. One of the most controversial calls in Super Bowl history, Butler’s clutch play helped the Patriots capture Super Bowl XLIX.

11 – John Elway’s Helicopter Run – 37-year-old John Elway rushed towards oncoming Packers’ defenders in Super Bowl and ate a huge hit from Green Bay. His body helicoptered around and the play signified the determination of Elway and the Broncos against a stacked Packers squad. The Broncos would go on to win Super Bowl XXXII, 31-24.

12 – The Hail Mary – Dallas Cowboys’ QB Roger Staubach coined the term “Hail Mary” after a game-winning miracle pass in a playoff game against the Minnesota Vikings.

13 – One Yard Short – Best remembered for its final play, Super Bowl XXXIV ended dramatically. The Titans were trailing 23-16 with a chance to score late. With 6 seconds left on the clock, Kevin Dyson caught a pass on a slant route and headed to the endzone. But St. Louis Rams Linebacker Mike Jones tackled Dyson and left the Titans one yard short of stealing a victory. 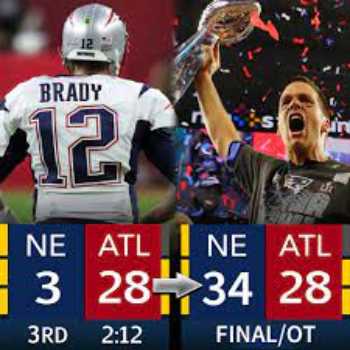 14 – Patriots Overcome 28-3 Deficit – The Falcons controlled Super Bowl LI in the first half and were well on their way to defeating the New England Patriots. However, the Patriots stormed back in the second half, eventually tying the game and pushing it to overtime. From there, the Patriots would overcome the largest deficit in Super Bowl history.

15 – Buffalo Loses 4 Straight Super Bowls – One of the craziest stats on this list, the Buffalo Bills lost 4 straight Super Bowls (25, 26, 27, and 28). A historic moment, will any team have the same misfortune as the Bills in the future?

Our list scans the history of the NFL but it was hard to choose. With so many options, it was hard to break it down to the top 15. Do you agree with our list? What would you change? The NFL season is on the minds of teams and fans alike and we’re sure we will see more great moments in the next century of NFL action.

For More Interesting Updates on Your Favorite Celebrities, Stay Connected To Wikiblog