Who is Tom Holland?

Tom Holland is a British actor popular for his character as Peter Parker in the famous superhero film ‘Spider-Man.’ He was interested in acting and he also began his acting career when he was 12 years old. He also has earned him the opportunity to meet the then Prime Minister of the United Kingdom, Gordon Brown by playing a very popular act Billy Elliot the Musical. He has also been featured in another popular flick of Hollywood like ‘Spider-Man: Homecoming,’ ‘Avengers: Infinity War,’ and ‘Captain America: Civil War.’ From his acting in the films, he also has been awarded many prestigious awards. 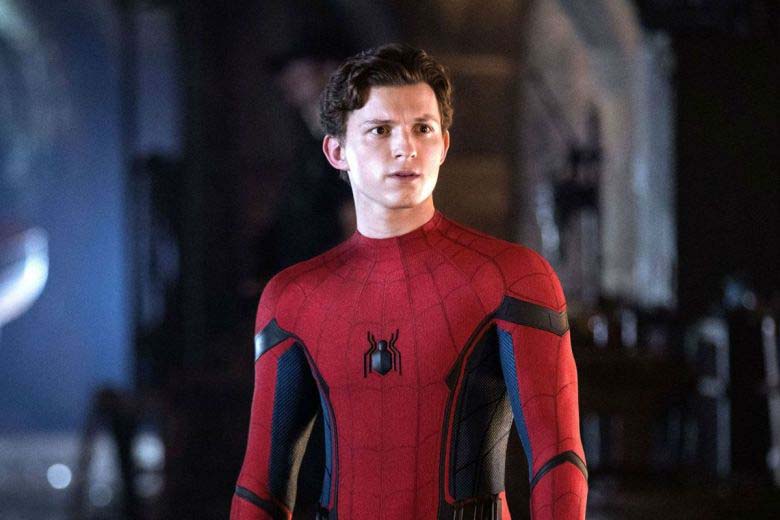 Tom Holland birth name is Thomas Stanley Holland. He was born on June 1, 1996, in London, England to Dominic Holland and Nicola Elizabeth. His father is a comedian while his mother is a photographer. He grew alongside his three younger brothers Sam, Harry and Patrick. He is currently 24 years old with Gemini sun sign.

Tom Holland holds British nationality. According to ethnicity, he is of English, Irish and Manx. He follows Christianity. Besides this, he has an athletic body type. He stands 5 feet and 8 inches (1.73m/173cm) tall and weighs 70 kg (154 lbs). He has a pair of brown eye colour and dark brown hair colour.

Tom Holland studied at Donhead Preparatory School, which is an independent day school in London. He was always interested in acting and dancing from his school days. He also took dance classes. After his schooling, he then attended Wimbledon College and graduated in 2012. Since he has a keen interest in acting he enrolled in BRIT School for Performing Arts and Technology, from where he learnt acting and dancing.

Tom was noticed by a choreographer named Lynne Page during Richmond Dance Festival in 2006. He then was trained for two years and landed the role to play Billy’s best friend Michael in ‘Billy Elliot the Musical.’ This became his debut stage performance which lasted till 2010.

Tom Holland gained popularity from his stage performance and was also praised by the critics. This led Tom to enter Hollywood. He made his debut film entry in 2011 film where he lent his voice to a character named Sho in the English version of the popular Japanese animated fantasy film ‘Arrietty.’ Then in 2012, he became a cast in the film ‘The Impossible’ where he played as Lucas Bennett alongside Ewan McGregor and Naomi Watts. The film gained critically acclaimed which made Tom noticed by many filmmakers. The next year he starred in two films ‘How I live now’ as Isaac and in ‘Locke’ where he lent his voice to Eddie. Similarly, he played as Former Billy in 2014 film ‘Billy Elliot the Musical Live’ and in 2015 film ‘In the Heart of the Sea’ as Thomas Nickerson. 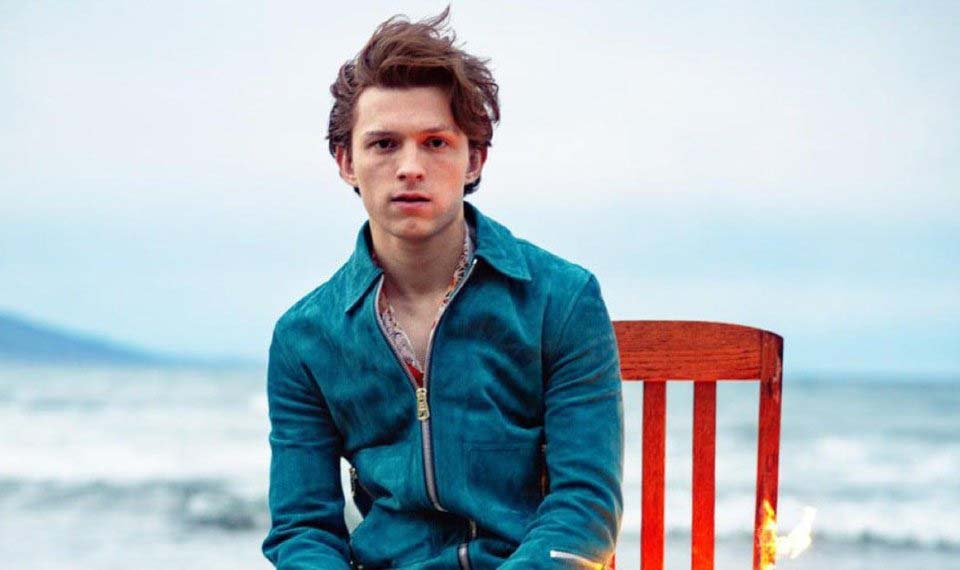 Likewise, Tom gained more popularity when he starred as Spider-Man aka Peter Parker in Marvel production film ‘Captain America: Civil War’ in 2016. This film attained a commercial hit and gained positive reviews as well. In the same year, he featured in the films ‘The Lost City of Z’ and ‘Edge of Winter.’ Additionally, Tom’s career spin-off when he featured in a superhero film ‘Spider-Man: Homecoming’ where he played as Peter Parker aka Spider-Man in 2017. It starred actor and actress including Michael Keaton, Jon Favreau, Gwyneth Paltrow, Zendaya, Laura Harrier, Tony Revolori and Robert Downey Jr. It had a commercial hit film that crossed over $334.2 million in the United States and Canada. The response from the critics was also positive along with the reviews.

Furthermore, in 2018 he reprised his role of Peter Parker in Marvel film sequel ‘Avengers: Infinity War’ and ‘Avengers: End Game’ respectively. He starred alongside the stars like Scarlett Johansson, Mark Ruffalo, Chris Evans, Brie Larson, Jeremy Renner, He again played in the Spiderman sequel film ‘Spider-Man: Far From Home’ in 2019 as Peter Parker. This sequel movie reached more commercial hit than the previous one. It crossed the collection of $390.5 million in the United States and Canada. The same year he lent his voice in the film ‘Spies in Disguise’ as Walter Beckett. He also voiced a role in the film ‘Dolittle’ and ‘Onward’ in 2020.

Tom Holland also made in television series. His debut TV series was ‘Wolf Hall’ where he portrayed as Gregory Cromwell in 2015. He also appeared in an episode of musical reality competition show ‘Lip Sync Battle’ in 2017 with Rihanna.

Tom Holland have received many awards and nominations for his roles in the films. He has won ‘Spotlight Award,’ ‘Best Youth Performance,’ ‘Breakthrough Performance – Male,’ ‘Young British Performer of the Year,’ ‘Best Male Newcomer,’ and ‘Best Performance in a Feature Film’ from his film ‘The Impossible.’ He has also received Golden Schmoes Awards for his performance in ‘Captain America: Civil War’ in 2016. He has also won BAFTA Award and Saturn Awards in 2017. Likewise, in the same year, he Teen Choice Awards for his role in ‘Spider-Man: Homecoming.’ 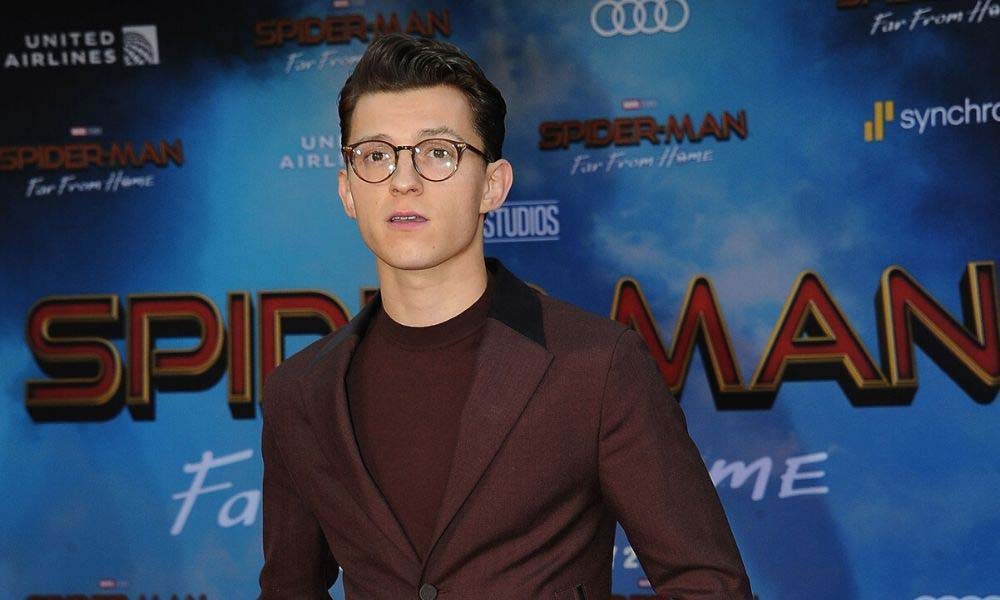 Tom Holland keeps his personal life private and out of the spotlight. He has not mentioned anything about his relationship. There was a rumour where he dated actress Zendaya which may or may not be true.

Tom Holland is a famous social media celebrity as well. His Instagram account (@tomholland2013) has 35.6 million followers and his Twitter handle (@TomHolland1996) has 5 million followers. He does not have an official Facebook page to date.

Tom Holland is a famous actor who has earned a massive amount of popularity worldwide along with a handsome amount of money. His current net worth is approximately $15 million.