Troye Sivan- A South African-born Australian popular and multi-talented actor, signer and YouTuber with over 7 Million subscribers on his self-titled name ‘Troye Sivan’

Who is Troye Sivan?

Troye Sivan is a multi-talented South African- born Australian singer, actor, and songwriter. Initially, he is known as a YouTuber with over 7 million subscribers on his self-titled channel name ‘Troye Sivan.’ In one of his earlier videos, he collaborated and filmed a video titled ‘The Boyfriend Tag’ with fellow YouTube star Tyler Oakley. For this, he won a Kid’s Choice award in 2014. He made his acting debut in 2009 film ‘X-Men Originals: Wolverine’. As a singer-songwriter, he released his original song ‘The Fault In Our Stars’ in May 2013. He began his musical career even before hitting his teens with performances in the ‘Channel Seven Perth Telethon.’ Soon he became a teenage sensation with fan followings not just in Australia but worldwide. As an actor, his notable film in 2018 is ‘Boy Erased.’ 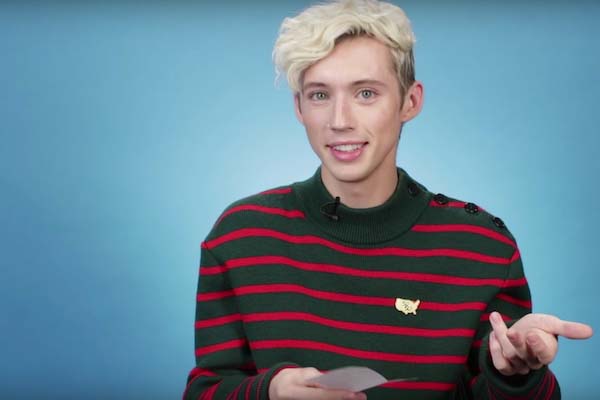 Troye opened his eyes for the first time on July 5, 1995. His full name is Troye Sivan Mellet, who was born in Johannesburg city of South Africa. He is a son of Shaun Mellet, his father, who is an entrepreneur and real estate agent and mother Laurelle, who is a former model and homemaker. Likewise, he grew up along with his three siblings Steele, Tyde, and Sage was raised Modern Orthodox in Perth, Western Australia. The 25 years old Troye with a Gemini horoscope. He is currently living in L.A., California, U.S.A.

Troye Sivan holds an Australian nationality. His religious view is Jewish. He has a pair of blue eyes colored with light brown hair. Besides, the stands 5 feet 8 inches (173cm/1.73m) tall and weighs about 60 kg (132lbs).

Sivan attended Carmel School, which is a private Modern Orthodox School in Perth that offered religious and cultural Jewish education as well as conventional secular education until 2009. After 2009, he then started distance education.

Sivan’s singing career began to take off in 2006 when he was part of a duet performance with the winner of the ‘Australian Idol,’ Guy Sebastian. He also made it to the finals of ‘Star Search 2007’. His debut E.P., Dare to Dream, also released in the same year in June. From his musical performance in 2009, he released ‘For Them’ to raise awareness and funds to help homeless children and also ‘We Are the World 25 for Haiti’ (YouTube edition), a charity event dedicated to the victims of the Haiti earthquake in 2010.

Similarly, in 2013 he signed on with a significant Australian label and then later released a five-song E.P. called ‘TRYXE’ in 2014. The lead song on this album ‘Happy Little Pill’ became very popular and topped the charts in several nations across the world, racing to the top 10 on the U.S. Billboard 200. As named by Time Magazine, he became part of the elite band of ’25 Most Influential Teens of 2014′. Moreover, he gained much popularity when he launched his album’ Blue Neighborhood’ in 2015. From the same album, his single ‘Youth’ also became popular. 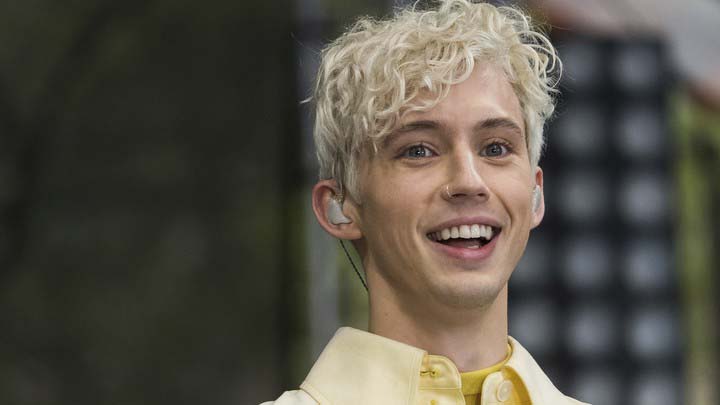 In the same year, he also went for his tour ‘Troye Sivan Live.’ This tour set the pace for two more tours at the start of 2016 – the ‘Blue Neighborhood Tour’ and also the ‘Suburbia Tour.’ These tours established Troye Sivan as a singing sensation on the world stage. He also became nominated for the MTV Video Music Award. Furthermore, he collaborated with Martin Garrix and produced a song ‘There for You’ in 2017. Later, in another year, 2018. January 10, he released his single ‘My My My!’ Sivan’s first live performance of the song was on January 20 as the musical guest on Saturday Night Live‘ in an episode hosted by Jessica Chastain.

Additionally, in October 2018, Sivan collaborated with British singer-songwriter Charli X.C.X. on the single 1999’. On December 6, 2019, Sivan and Allie X released a song called ‘Love Me Wrong.’ This song became praised by all the music lovers. Currently, in 2020 February 16, Sivan had his collaboration with South Korean Band B.T.S. One of his co-written songs’ Louder Than Bombs’ is also part of the album. On April 1, 2020, Sivan released his first single from his upcoming third album named ‘Take Yourself Home.’ He worked with freelance artists in need of work during the COVID-19 pandemic to create visual art for his single. All net proceeds made by this song were donated to the WHO COVID-19 Solidarity Response Fund and Spotify’s COVID-19 Music Relief Project.

Troye Sivan won the ARIA Music Awards in 2016 in Song of the Year and Best Video for ‘Youth.’ Again in 2017, he won APRA Music Award for ‘Himself’ as Breakthrough Songwriter of the Year. Likewise, he won GLAAD Media Award in 2016 and 2017 for ‘Blue Neighborhood’ and ‘Himself.’ He has also won MTV Europe Music Award in 2015 and 2016.

At the age of 15, he came out as gay. So, he made a coming-out video on his YouTube channel at the age of 18 on August 7, 2013, where he announced to his fans that he was gay. Previously, he was dating his friend Connor Franta, and now he is in a relationship with model Jacob Bixenman and is living together.

His coming out much helped other gay youngsters in accepting their own sexuality. He has been cited as an inspiration by several gay young men who were struggling with their sexual identities. His video helped him bond more with his fans, who greatly admired him for being a role model in inspiring the gay youth to come out to their peers and family. 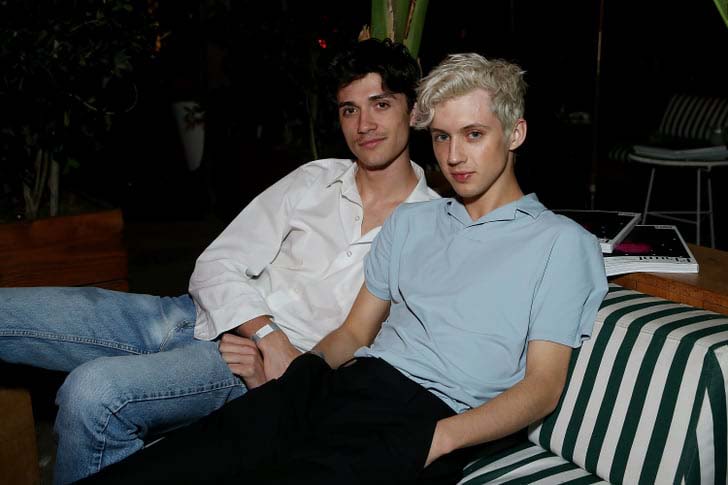 Troye Sivan has gained massive popularity from his entertainment industry. He earns money from singing songs, acting, and YouTube. As of 2020, his net worth is approximately $8 million.