Tyler Seguin – A Canadian Professional Ice Hockey Player, Representing Dallas Stars in The NHL, Who Kicked Off His Career by 2008 OHL Priority Selection Draft by The Plymouth Whalers

Tyler Paul Seguin is a Canadian professional ice hockey player who is currently an alternate captain for the Dallas Stars of the National Hockey League (NHL). He was born on 31st of January, 1992 on Brampton, Ontario, Canada to Jackie and Paul Seguin. He plays the center position for his team. 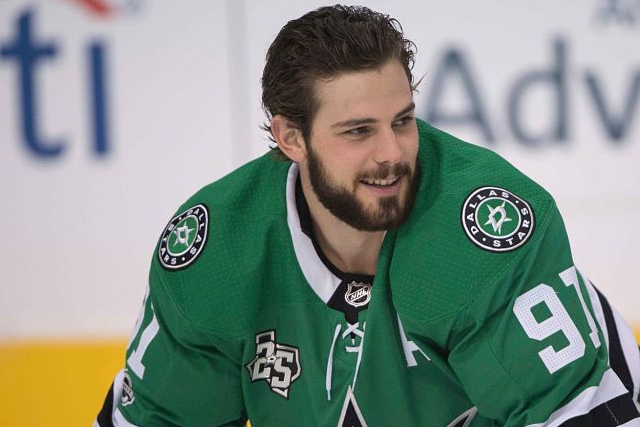 Despite Brampton being his birth country, Seguin grew up in Whitby, Ontario with his two younger sisters, Candace and Cassidy. He followed the footsteps of his family where both his parents and sisters are hockey players. His father played college ice hockey for the University of Vermont.

The Career of Tyler Seguin

Tyler attended St. Michael’s College School in Toronto. Later, the Plymouth Whalers of the Ontario Hockey League (OHL) drafted him. His playing style is often like his childhood idol Steve Yzerman. He played minor hockey with the Whitby Wildcats of the Ontario Minor Hockey Association (OMHA) for the first seven years before he was relocated to Brampton, Ontario at the age of 13. 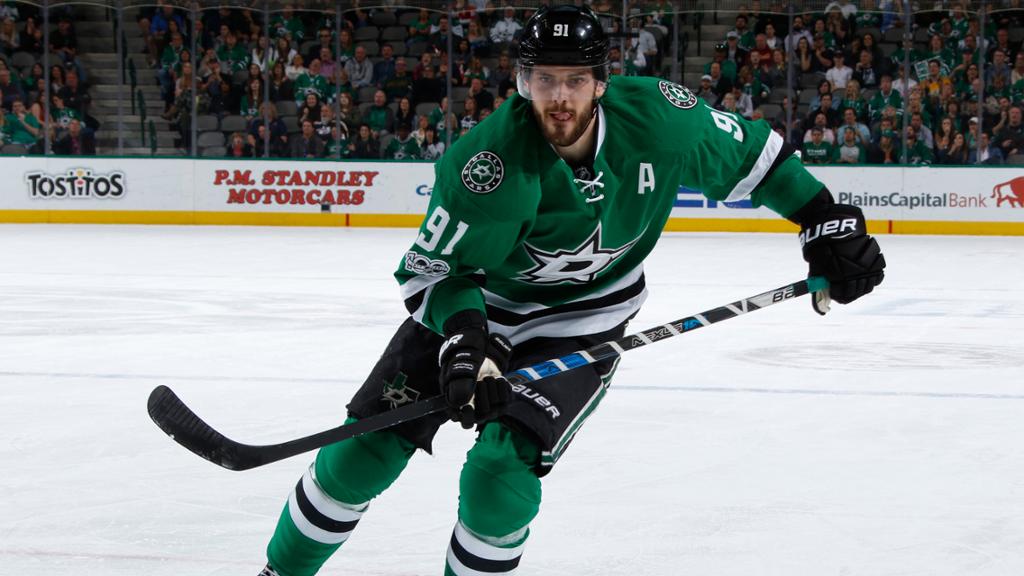 He played three years for the Toronto Young Nationals while in Brampton where he was coached by Rick Vaive,  before moving on to the OHL. Tyler Seguin was selected in the 2008 OHL Priority Selection Draft by the Plymouth Whalers as the ninth overall. He joined the Whalers in the 2008-09 and left his American college eligibility. Although he struggled to begin his OHL career scoring only one goal in his first 17 games, he later found his place in the league with the help of a coaching change in Plymouth.

Seguin spent his summer working on the game to show an improved start to his 2009-10 season. His dedication paid off, as he opened the season in 18 games with 36 points until sidelined by a hip pointer. He got his name as the top prospect for the 2010 NHL Entry Draft by NHL Central Scouting. He was then into the Edmonton Oilers as the second overall after Taylor Hall.

Seguin won the Eddie Powers Memorial Trophy by finishing the season 2009-10 with the highest numbers of points in the OHL. He also captained Team Orr at the 2010 CHL Prospects Game. Seguin finished as the top-ranked North American skater in the draft class of 2010. The Boston Bruins drafted him second overall on 25th of June, 2010 in a trade for Phil Kessel. Seguin signed an entry-level contract with the Bruins on the 3rd of August and made his NHL Debut on the 9th of October. 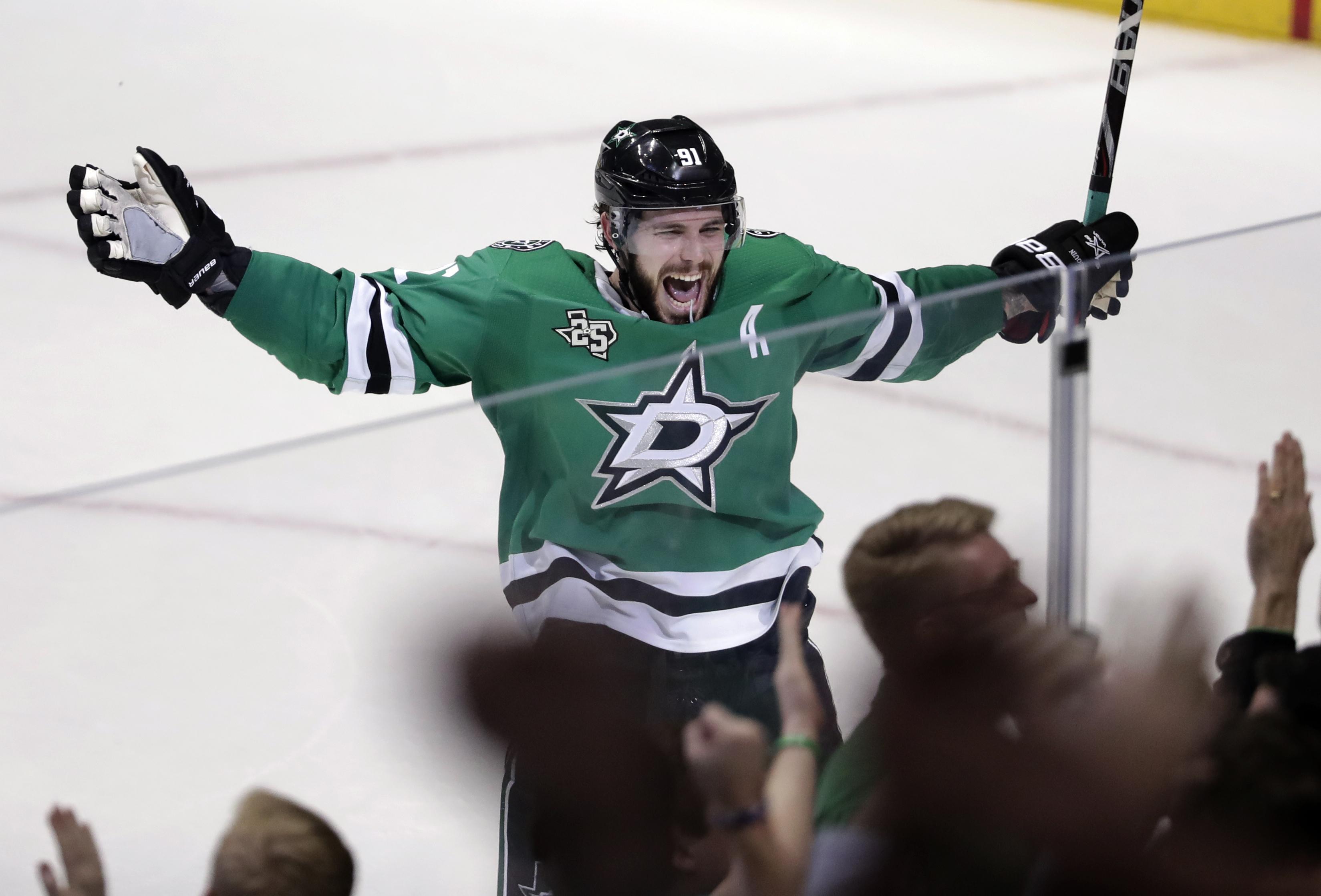 He scored in the first career goal against Phoenix on the 10th of October. Tyler also participated in the All-star festivities during the Rookie Skills Competition.  He also became the first teenager to score four points in Stanley Cup Playoff for the Vancouver Canucks in 1989. She scored his first career NHL hat-trick against the Toronto Maple leafs.

He got his name as the first star of the week on the 14th of November. Tyler also played for the Swiss National League A during the 2012-13 NHL Lockout and won a gold medal with the team. He came to Dallas Stars on the 4th of July, 2013. Seguin also played excellently for the team and got his name as NHL All-Star Game for the fifth time on the 10th of January, 2018. He got into nomination for the King Clancy Memorial Trophy for the second time at the end of the 2017-18  season.

He signed an 8 year, $78.8 million contracts with the stars. Seguin has participated in the 2009 Ivan Hlinka Memorial Tournament representing Canada and won the gold medal. He also won gold with Team Ontario in the 2009 World U-17 Hockey Challenge. He is sponsored by big brands such as Dunkin Donuts, Adidas, AT&T, Bauer Hockey, and BioSteel Sports Supplements.

Joe Thornton – A Canadian-American Professional Ice Hockey Player, Representing San Jose Sharks in The NHL, Who Kicked Off His Career by The 1995 OHL Draft

Joe Thornton - A Canadian-American Professional Ice Hockey Player, Representing San Jose Sharks in The NHL, Who Kicked Off His Career by The 1995 OHL Draft