Julie Andrews – Actress, Singer, and Author, Who is Best Known For Her Iconic Roles in ‘Mary Poppins’ and ‘The Sound of Music.’

Who is Julie Andrews?

Julie Andrews is a well-known name in the entertainment industry. She has gained a name from her incredible acting as well as singing career. Julie is a singer, and author, in addition to Oscar-winning actress. She has been active in the industry since 1945. The actress is famous for her characters in the film “Mary Poppins,” “The Sound of Music,” and “The Princess Diaries,” among many others. Furthermore, Julie has written children’s books, in addition to autobiography suck as “Home: A Memoir of My Early Years.” Besides, she has also gained fame recording albums. 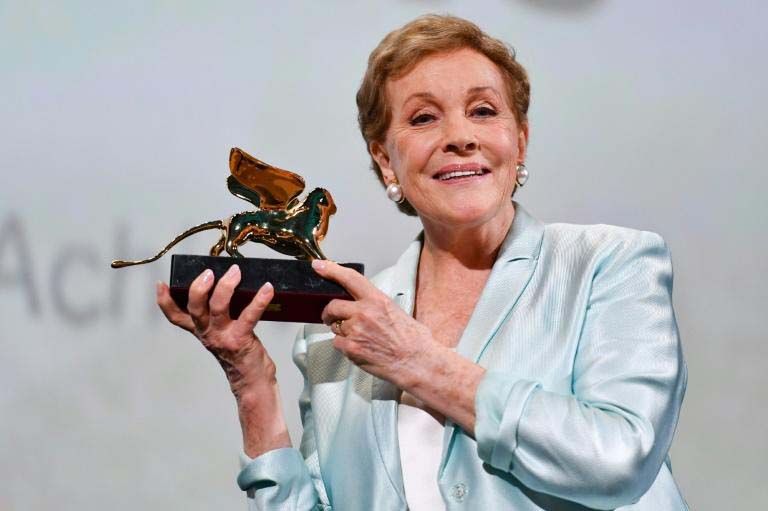 Julie Andrews was born on October 1, 1935, as the name Julia Elizabeth Wells, in Walton-on-Thames, Surrey, England, UK. Her father is Edward Charles “Ted” Wells, and her mother is Barbara Ward Wells. Julie grew up along with her brother John Wells. She has the star sign of Libra.

Besides, Julie holds British nationality, and as per ethnicity, she belongs to White. She is Christian by religion. The actress stands at a height of 5 feet 8 inches and weighs about 58 kg. Also, her green eye color and light brown hair color, makes her even prettier.

Julie was born as a result of her mother having an affair with a family friend. Later, her mother, Barbara, married Ted  Wells. However, her parents divorced, and Barbara married Ted Andrews, and Ted Wells married Winifred Maud.

Julie Andrews started her career in 1945. She came into the job performing in the stages, along with her parents. Also, during the time, along with her stepfather, she sang a duet. Her life started getting change after her stepfather enrolled her in the Val Parnell. She released her solo “Je Suis Titania” in 1947. In 1948, she sang in the Royal Command Variety Performance, where she was the youngest solo performer.

After a year, in 1949, Julie starred on the TV for the first time through the show “RadiOlympia Showtime.” She then enrolled at the comedy radio show “Educating Archie,” which ran from 1950 to 1952. In 1954, Julie featured the London musical, “The Boy Musical,” as Polly Browne, where she started getting more attention. 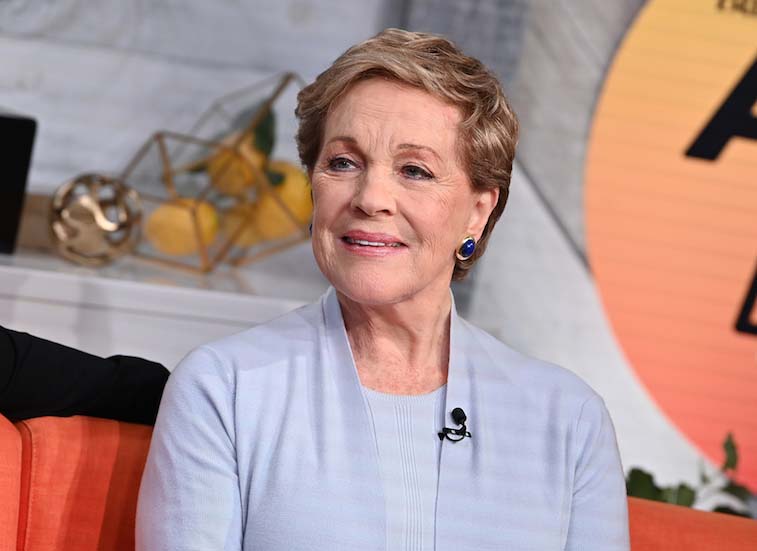 Eventually, in 1955, Julie featured in the TV film “High Tor.” In 1956, Julie starred in “My Fair Lady” as Eliza Doolittle, for which she even became Tony Award nomination. Likewise, her appearance in the film “Cinderella” also gained her an Emmy Award nomination. Similarly, Julie worked in several productions from 1958 to 1964. In 1964, her act in the musical film “Mary Poppins” made her win the Academy Award.

Besides, the actress has also given voice to numerous animated movies like “The Princess Diaries 2: Royal Engagement”, “Despicable Me,” “Despicable 3”, and “Aquaman.”

Julie had an operation in 1997, where her vocal cords became damaged, due to which she lost her singing voice. Then, she took a new direction writing various books for children along with her daughter Emma Walton Hamilton.

In 2008, Julie published the book “Home: A Memoir of My Early Years,” which became among the best seller book.

Julie is a married woman. Firstly, she married Tony Walton on May 10, 1959. Tony Walton is a set designer. The couple first met at the show Humpty Dumpty in 1948. Also, in November 1962, the couple had a daughter together, Emma Katherine. However, in 1967, Julie and Tony separated having a divorce. 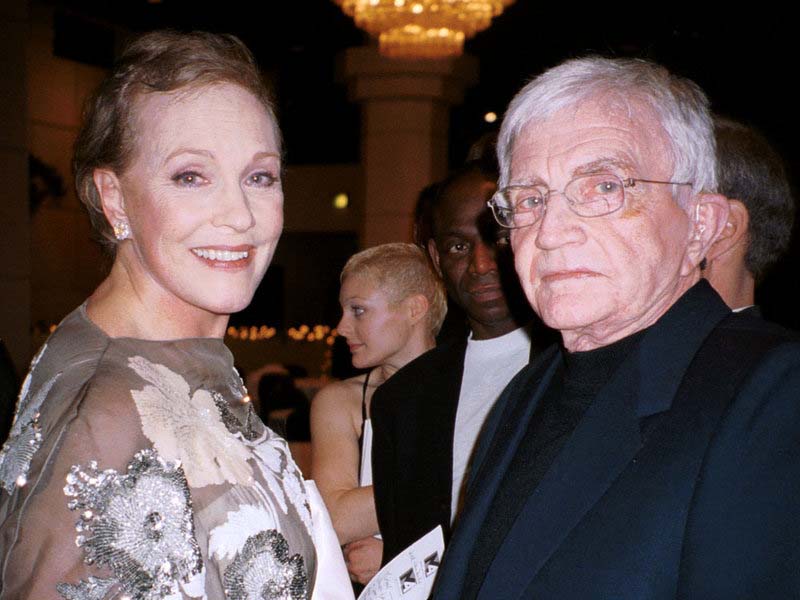 Then, in 1969, Julie tied a knot with the director Blake Edwards. Blake had two children from his previous marriage; Jennifer and Geoffrey. Besides, the couple also adopted two daughters; Amy and Joanna. Sadly, in 2010, Blake Edwards died. Presently, Julie has nine grandchildren and three great-grandchildren.

Julie Andrews has earned massive popularity from her professional career. Likewise, along with making name and fame, she has been able to obtain a fair amount of money. Her net worth is estimated to be about $45 million as of 2020.