Brian May- Lead Guitarist of Queens, and an Astronomer, Who is Active Since 1964

Who is Brian May?

Brian May is a big name in the entertainment industry. He is among the top musician worldwide. Well-known as a singer, songwriter, astrophysicist, and producer, Brian gained popularity being the lead guitarist of the rock band, Queen. He has given numerous hits, being active for over five decades. His songs “We Will Rock You,” “I Want It All,” “The Show Must Go On,” including others, are evergreen on the top, and loved by the critics.

Furthermore, besides being a legend of music, he also has completed his Ph.D. 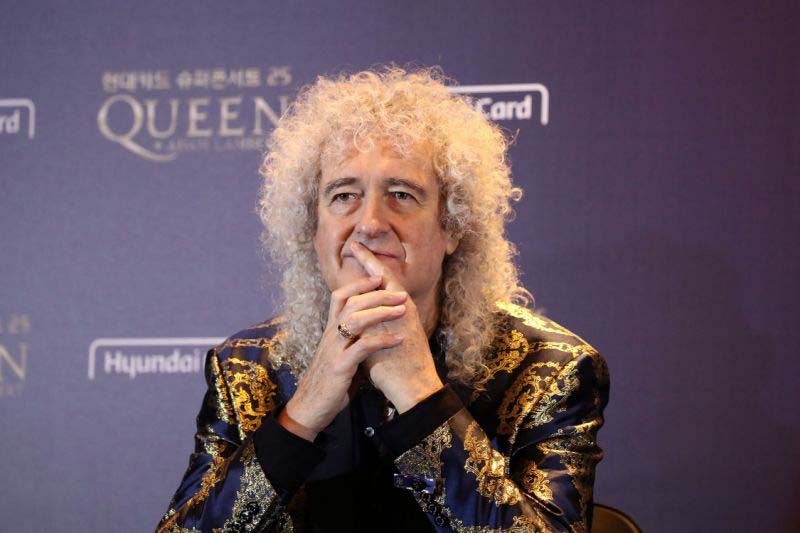 Brian May was born on July 19, 1947, as the name Brian Harold May, in Hampton, London, England. He was born to his father Harold May and his mother, Ruth Irving. He is the single child of his parents. Brian has the star sign of Cancer. He will be 73 years old on July 19, 2020.

Besides, he holds British nationality. As per ethnicity, he is mixed, as his mother was Scottish, and his father was English. The guitarist stands at the height of 6 feet 2 inches (1.88 m) and weighs about 67 kg (148 lbs).

Starting his education from high school, he first joined the Hampton Grammar School. During his high school, he formed his first band with Tim Staffell. Besides, Brian was also very good at studying. He certified from the school with ten GCE Ordinary Levels and three GCE Advanced Levels, enrolling Physics, Maths, and Applied Maths. Then, he joined the Imperial College London and attained a degree in BSc. Physics in 1968.

Meanwhile, from 1970, he studied for Ph.D. at the University. He continued until 1974 but gave a break after Queen started getting international success. Later, in 2006, he registered again for his Ph.D. at the same college. After 10 months of research, he submitted his thesis. His thesis became approved in September 2007, which was about 37 years after the work started.

Furthermore, Brian became a visiting researcher in the same college and enrolled with the Astrophysics Group. Also, he has received an award for his contribution to astronomy and serviced to the public understanding of science. Alongside Sir Patrick Moore and Chris Lintott, he has co-authored two books.

Brian is the co-founder of Asteroid Day, alongside Rusty Schweickart. In 2019, he was honored with the Lawrence J. Burpee Medal of the Royal Canadian Geographical Society for his contributions to the development of geography.

Starting to play guitar just at the age of seven, Brian had shown his interest at an early age. He began in pursuing his career in music, forming a band, “Smile,” in 1968. The group included the members Tim Stafell, and Roger Taylor. However, they separated after two years of the formation.

Then, he, along with Roger Taylor joined Freddie Mercury and John Deacon, and eventually formed a band “Queen,” in 1970. They never knew their band would be the most famous British Rock Band. Brian has written many dogs for the band and also has become a vocalist.

The band went to become among the world’s biggest rock bands in a short period. After the release of their fourth studio album, “A Night at the Opera,” on November 21, 1975, the band became known around the world, ranking top in the UK Albums Chart for four successive weeks, and fourth in US Billboard 200, in addition to sold over 6 million copies worldwide. Moreover, the album became their first platinum-certified album.

Eventually, until the 1990s, the band had a continuous presence in the UK charts. Also, they performed in Live Aid in 1985. Notably, Brian May had been recognized as a virtuoso musician with a unique sound created from his home-built guitar, “Red Special,” which is known by his name. Then, in 1989, Brian wrote the song, “I Want It All,” and “Scandal,” for the album, “The Miracle.” Also, in the year, he combined with other bands “Black Sabbath,” and “Living in a Box.” He played guitar solar for a song in each of their albums. 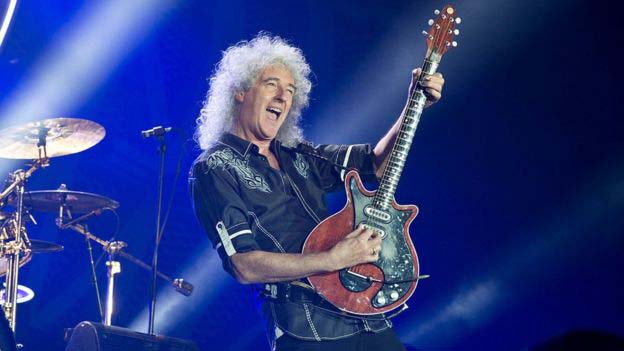 Sadly, the death of Freddie Mercury in 1991, made the band in loss and went on at a slow pace for some time. In 1992, they performed a Freddie Mercury Tribute Concert. Also, he completed his solo album, “Back to the Light.” Brian had grief for losing his close friend, so he devoted himself entirely to work. The band then released its fifteenth and final studio album, “Made in Heaven,” on November 6, 1995.

Queen had then been separated for some years; however, Brian and Taylor reunited with other performances, along with touring with Paul Rodgers, which became named, “Queen+ Paul Rodgers.” Traveling the world for two years, they released their first solo album in 2008, “The Cosmos Rocks.” In 2009, they separated.

Eventually, in 2011, Queen performed with Adam Lambert. They together performed at the MTV Europe Music Awards. As they gained a positive response from the critics, they went on collaborating. They had been touring around the world. However, they have no plans to release the studio albums. Queen+ Lambert had planned for the tour in 2020 but announced they had postponed until 2021, due to the global pandemic, COVID-19.

Moreover, Brian became ranked seventh in the poll’s most celebrated guitarist of all time. Likewise, he enlisted in the 100 Greatest Guitarist of All Time, ranking 26th, in addition to being the second greatest guitarist in a Guitar World Magazine. In 2018, Queen gained the Grammy Lifetime Achievement Award.

Personal Life of Brian May 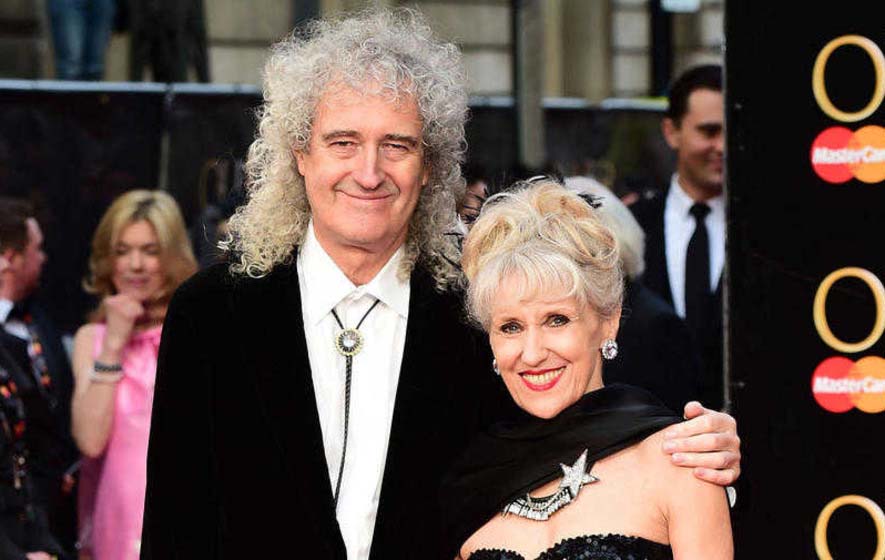 Besides, in May 2020, Brian had been rushed to the hospital after suffering a heart attack. He revealed the news posting a video on Instagram on May 25.

From his professional career combo in science and music, Brian May has earned massive popularity. Likewise, along with gaining name and fame, he also has been able to gain a handsome amount of money. His net worth is estimated to be about $250 million, as of 2020.