Who is Calais Campbell?

Calais Campbell is a well-known player who plays from America. He has been able to establish his name as an excellent footballer playing from the position of the defensive end. Presently, the player played for the Jacksonville Jaguars of the NFL (National Football League), but recently he was traded to the Baltimore Ravens on March 15, 2020.

Earlier, he played college football for the University of Miami. Later, in the 2008 NFL draft, Arizona Cardinals selected him. He played for Arizona till 2016. Then since 2017, he started playing for the Jacksonville Jaguars, and also presently, he is in the active roster list. 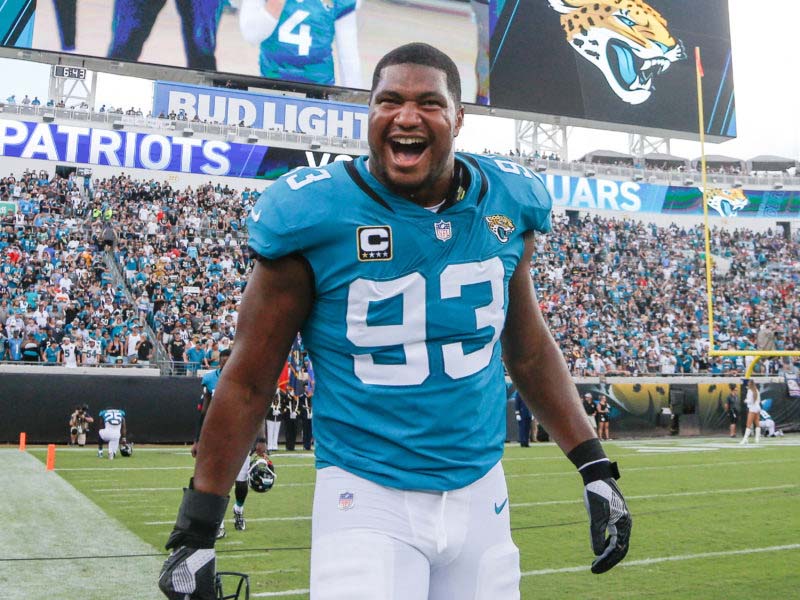 Calais was born on September 1, 1986, as Calais Malik Campbell, in Denver, Colorado, US. He was born to his father Charles Campbell, and his mother Nateal Campbell. Campbell grew up along with his seven siblings; two sisters, Kimba Blaylock and Keyonne Campbell, and five brothers; Jamar, Raj, Claire, Severin, and Jared.

Furthermore, he holds an American nationality, and as per ethnicity, he belongs to Black. He has the star sign of Virgo. Standing height of 6 feet 8 inches (2.03 m), and weighing about 136 kg (300 lbs), he has been able to maintain his body fit and healthy.

For his education, he firstly attended South High School, located in Denver, Colorado. From an early age only, he had an interest in playing football. So, during high school, he started playing football for the school team. He made a record of 57 sacks during his school time. Moreover, from his school time only, he became one of the top defensive end prospects. In addition, Rivals.com made him the tenth best strongside defensive end, and South.com gave him seventh rank.

Along with playing football, he also showed an interest in basketball. He joined the school’s basketball team. He became selected for an All-State basketball as a junior and recorded an average of 22.7 points, 16.0 rebounds, as well as 22.7 points in each game. Later, he enrolled at Miami. 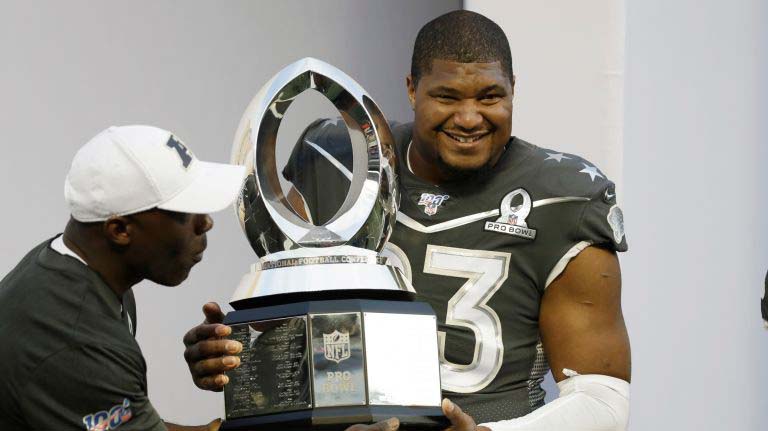 The Arizona Cardinals selected Campbell for the 2008 NFL Draft. He started playing from the 2008 season. He played in a total of 16 games in the season. Campbell started his regular season for the first time at the San Francisco 49ers. Then, in the game opposite to Miami Dolphins, he made his season-high four solo tackles. He had 28 combined tackles in total.

Likewise, Campbell played 16 games in the 2015 season and had 61 combined tackles and five sacks. Certainly, in 2016, he became among the Top 100 Players, ranking 71st. Playing 16 games, he made a record of 53 combined tackles, eight sacks, and an interception. Being an unrestricted free agent in 2017, he had an offer from several teams like Arizona Cardinals, Denver Broncos, and Jacksonville Jaguars.

Calais entered into the team on March 9, 2017, signing a four-year contract. He started playing from the 2017 season. Campbell played his first game in opposition to the Houston Texans and made his career-high four sacks in quarterbacks. Also, he became a Defensive Player of the Week. In total, he played 16 games in 2017 season and made a record of 67 combined tackles, and his career-high 14.5 sacks. 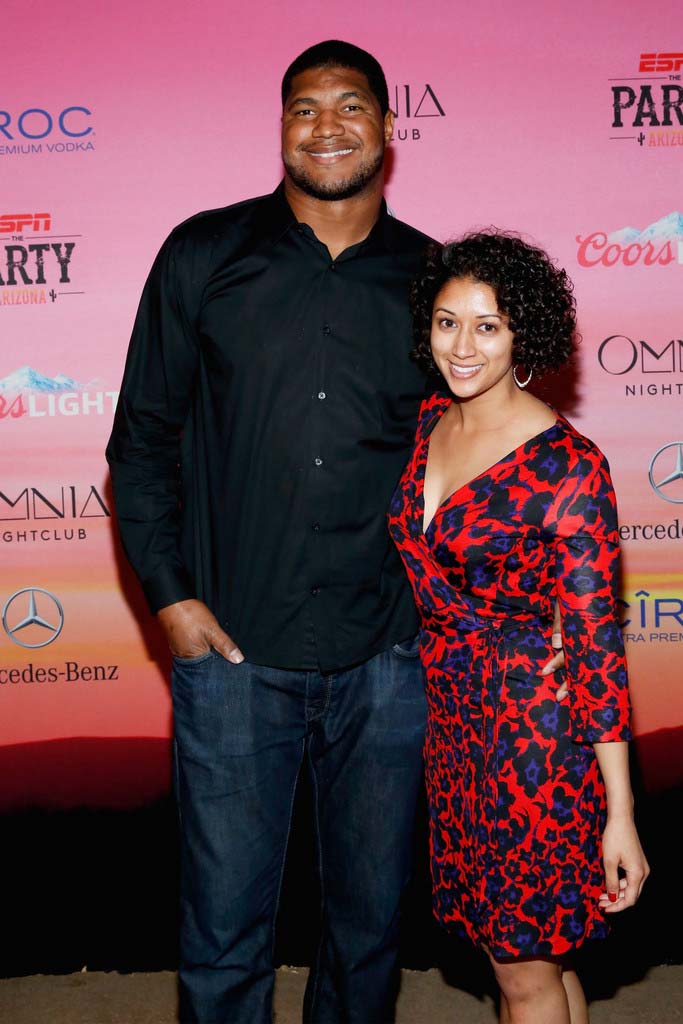 People are always eager to know about the love life of high profile celebrities. Moreover, when it comes to young dashing and a brilliant player, they always show interest to know about the personal life. So, here is the information if he is already married, divorced, dating anyone, or enjoying the single life.

About his personal life, a preeminent player is a married man. He married Rocia Sebhatu on July 18, 2017. The player also posts a picture of him along with his wife in his Instagram account and give updates about himself to his fans through the social media accounts.

Eventually, on March 15, 2020, he signed a contract with Baltimore Ravens for two years worth $27 million.