Dustin Glenn Poirier is an American mixed martial artist (MMA). He turned to pro-MMA in 2009. He had fought in both featherweight and lightweight divisions earlier. Poirier is famous for competing in the lightweight category in the World’s largest Mixed Martial Arts (MMA) promotion, “Ultimate Fighting Championship” (UFC).

In his first professional career, he was mainly seen fighting in regional promotions in his native place Louisiana and the Southern United States. He has successfully positioned himself at #2 in the official UFC lightweight rankings as of January 27, 2020. Poirier’s mixed martial arts record as October 2019 accounts for a total of 25 wins out of 32 matches, with 12 by knockouts, seven by submission, and six by decision. He was also featured in the 2011 mixed martial arts documentary “Fightville.” 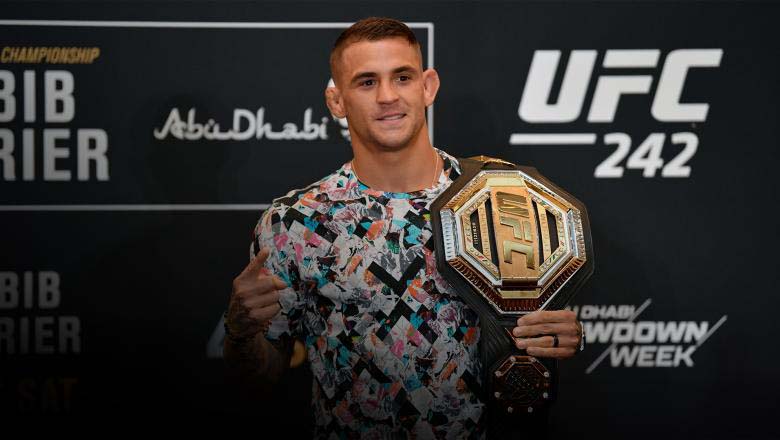 Where was Dustin Poirier born?

Dustin Poirier was born on January 19, 1989, in Lafayette, Louisiana, United States. He is currently 32 years old. He is a son to mother, Jere Folley Chaisson and to father, Darrell Poirier. His zodiac sign is Capricorn.

Dustin’s nickname is The Diamond. Poirier wrestled at Northside High School in Lafayette, Louisiana. He relocated to South Florida with his wife, Jolie, for training purposes.

How was Dustin’s early life?

In 2009, Poirier turned professional by quickly compiling a 7-0, competing primarily in regional promotions across his native Louisiana and the Southern United States. He was interested in boxing initially and ended up training in MMA in his hometown after getting drawn towards the sport.

Besides, as an amateur, Dustin earned two belts of 155lbs and won an 8-man tournament held in Lowa. He is a Black Belt in Brazilian Jiu-Jitsu and Rex Kwon Do. Poirier had defeated Daniel Watts by knockout in the first round of bang FC on October 21, 2009.

How did Dustin Poirier start his career?

Dustin Poirier became pro and engaged in local fights in 2009. On August 18, 2010, he made his debut in the mixed martial arts (MMA) promotion “World Extreme Cagefighting (WEC),” which happened at the WEC 50 event in Las Vegas, Nevada, USA. The event saw his losing to Danny Castillo by a unanimous decision. Eventually, after a couple of months, on November 12, 2010, in WEC 52, he beat Zach Micklewright in the first round via TKO. The merger of WEC with UFC led to the transfer of all WEC fighters to the UFC in October 2010. After the union on January 1, 2011, Poirier got the opportunity to make his featherweight debut at the UFC 125 event, which he won through the unanimous decision.

Poirier was featured in the 2011 mixed martial arts documentary “Fightville.” Also, he was seen beating newcomer Jason Young in the year through the unanimous decision in the UFC 131 event. He continued his winning spree and defeated Pablo Garza at the UFC on Fox 1 via submission on November 12, 2011, in Anaheim, California. Later, in February 2012, he again won against Jerome-Max Holloway at the UFC 143 event by submission.

Subsequently, in the same year, he fought with Chan Sung Jung in the main event of UFC on “Fuel TV: Korean Zombie vs. Poirier,” which he lot but considered one of the most notable fights in his career. Eventually, in the same year, in December 2012, he defeated Jonathan Brookins in the first round by submission at “The Ultimate Fighter 16 Finale.” The bout garnered honor as Fight of the Year. Following the loss, he left “Gladiator Academy” and joined American Top Team.

On August 31, 2013, Poirier defeated Erik Koch at the UFC 164 and went on to bear Diego Brandao at UFC 168 on December 28, 2013. He earned his second “Fight of the Night” bonus award, fighting and winning against Akira Corossani at The Ultimate Fighter Nations Finale on April 16, 2014. Likewise, on September 27, he left the featherweight following the loss to Conor McGregor at UFC 178.

Furthermore, in 2015, he earned two “Performance of the Night” bonus awards at UFC Fight Night 63 on April and June 6. Apparently, he defeated Joseph Duffy and Booby green in the following year on January 2 and June 4, respectively. However, he lost to Michael Johnson at UFC Fight Night 94 in September. Next year, he earned the “Fight of the Night” bonus award against Jim Miller on February 11 and defeated Anthony Pettis in November.

What is Dustin Poirier’s distinctive feature?

Dustin Poirier is American by nationality. He belongs of French descent, specifically of Cajun heritage. His religious views and religious background are unknown.

Who is Dustin Poirier’s wife?

Dustin Poirier got married to Jolie Poirier. The couple had their first child, Parker Noelle Poirier, on August 20, 2016. Jolie Poirier is famous due to her husband’s popularity. She has over 28 thousand followers on Instagram. She regularly posts about family life and her travels around the globe. Moreover, Dustin and Jolie help to found the Good Fight Foundation. 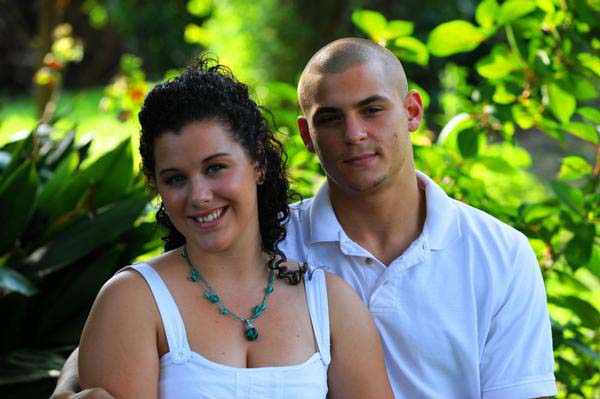 What is the Net Worth of Dustin Poirier?

Dustin Poirier has been living a luxurious lifestyle with his family. He is a successful person earning a lot of money and fame as well. As of 2021, his net worth is $4 million.