Who is Hugh Grant?

Hugh John Mungo Grant is a British actor and film producer. He is one of the most talented and Hollywood’s most successful actors. Born in a modest family in London, he earned a scholarship to college and become a part of the Oxford University Dramatic Society which exposed him to the world of acting. He made his debut with the film “Privileged” while he was still a student. After his performance in the film was appreciated, he went on to choose a career in acting and abandoned his plans to pursue a PhD. He has been established himself as one of the “A list” Hollywood actors. He is best known for his effortless comic style and satirical comic timing. 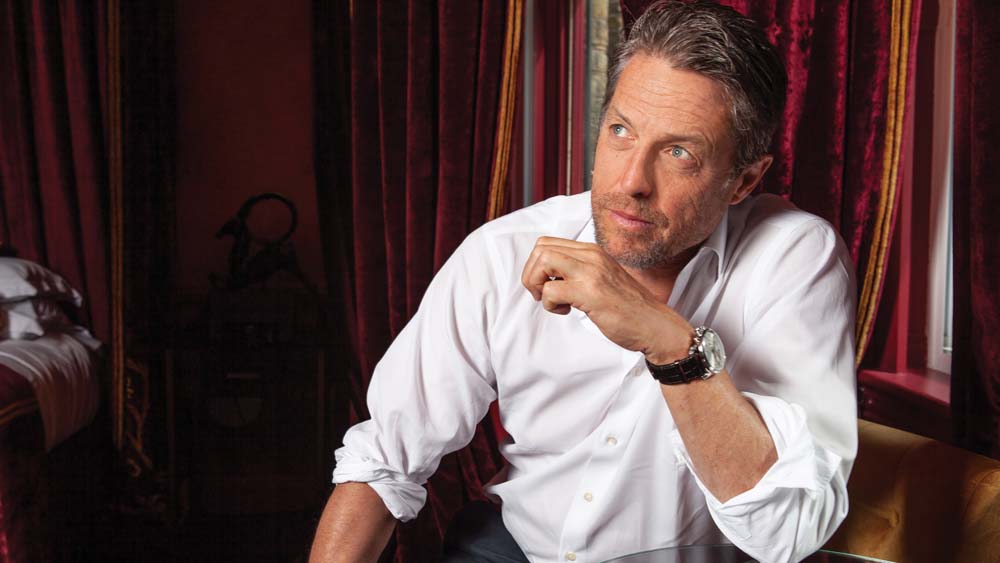 Hugh John was born on September 9, 1960, in Hammersmith, London, England. He is currently 59 years old with the star sign of Virgo. He is a son to mother, Fynvola Susan MacLean and to father, c. His grandfather, Colonel James Murray Grant, DSO was decorated for bravery and leadership at Saint-Valery-en-Caux during World War II. He has an older brother named James “Jamie” Grant, who is a New York-based investment banker.

Hugh is British by nationality and is of the white race.

Besides that Grant stands at the height of 5 feet 11 inches (1.80 m) and weighing about 84 kg (185 lbs).  Additionally, his hair colour is dark brown and his eye colour is blue.

Grant started his education at Hogarth Primary School in Chiswick but then moved to St. Peter’s Primary School in Hammersmith. Then he got educated at an independent preparatory school, Wetherby School. Eventually from 1969 to 1978, he attended the independent Latymer Upper School in Hammersmith on a scholarship and played 1st XV rugby, cricket and football. In 1979, he enrolled at the New College, Oxford, on scholarship. He later became a part of the Oxford University Dramatic Society and pursued acting only as a creative outlook. During this time, he started in the production, “Twelfth Night.” 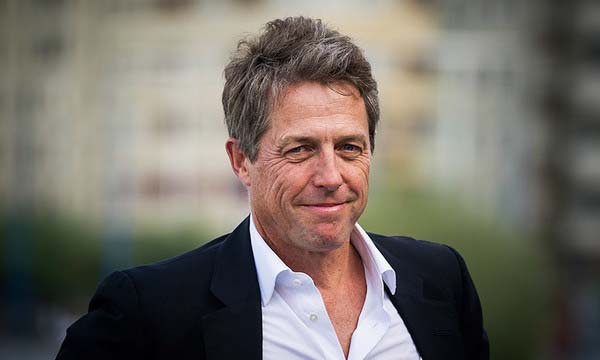 Hugh made his screen debut with the Oxford Film Foundation movie “Privileged” in 1982. He played the role of “Lord James D’Ampton” in the horror film, “The Lair of the White Worm” in 1988. Eventually, he starred in the film “Impromptu” in 1991 and also starred the Academy Award-nominated blockbuster film “Four Weddings and a Funeral” in 1994. Subsequently the following year, he also acted in the Academy Award-winning British period drama film “Sense and Sensibility.”

In 1999, he starred opposite Julia Roberts in the romantic comedy film “Notting Hill.” He also played the role of Daniel Cleaver in the romantic comedy film “Bridget Jones’s Diary,” based on the novel of the same name written by Helen Fielding. The next year, he again starred in the Academy Award-nominated comedy-drama film, “About a Boy” which was based on a novel by Nick Hornby.

In 2003, John played the role of David in the comedy film “Love Actually.” In the following year, he reprised his role as Daniel Cleaver in the film “Bridget Jones: The Edge of Reason.” He starred in the romantic comedy film “Music and Lyrics” in 2007. Eventually, in 2009, he played the lead role in the romantic comedy film “Did You Hear About the Morgans?.” He also appeared in the German science fiction film titled “Cloud Atlas” which was based on a novel by David Mitchell. The same year, he also lent his voice in the stop motion animation film “The Pirates! In an Adventure with Scientists!.”

He also starred in films including “The Rewrite” in 2014 and appeared in the supporting role in the film “The Man from U.N.C.L.E.” in 2015. He also played as St. Clair Bayfield, partner of the title character in the film “Florence Foster Jenkins” in 2016. In 2016, he also starred as a villain in the film “Paddington 2.” In 2018, he returned to television screens after 25 years as Jeremy Thorpe in the BBC One miniseries “A Very English Scandal.” He also played a role in “the Gentlemen” in 2019. Eventually, in 2020, he starred in the HBO miniseries “the Undoing.”

In 1987, Grant met actress Elizabeth Hurley while playing in “Rimando Al Viento.” The couple separated in May 200 after 13 years. He is a godfather to her son Damian. In 2011, Grand had a daughter with Tinglan Hong named Tabitha. Her Chinese name is Xian Xi. Eventually, Grant has his second child, a son with Swedish television producer Anna Eberstein in September 2012. However, Hong and Grant reunited briefly and gave birth to his third child, a son, in December of that same year. In December 2015, he and Eberstein had their second child, a girl and also had their third child in early 2018. Grant and Eberstein married on May 25, 2018. 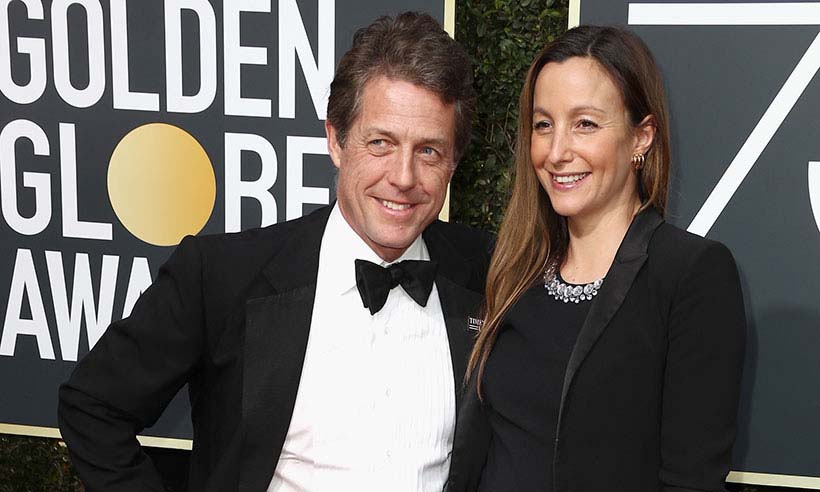 Hugh has associated in the film industry for a long time and also has contributed in many films. He has earned many award nominations and also has won several of them. He had won BAFTA Film Awards in 1994, Golden Globe Awards in 1994 and other seventeen accolades.

Hugh is living a luxurious life with his family. He is a famous actress who has earned a lot of money as well as fame. Grant currently has about $150 million approximately.