Kliff Kingsbury is the head coach of the American football franchise known as Arizona Cardinals of the National Football League(NFL). He was born on the 9th of August, 1979 in San Antonio, Texas to Tim and Sally Kingsbury.  Kingsbury held many NCAA Division I passing records. He was also part of the New England Patriots Super Bowl XXXVII winning team during his playing career. The cardinals replaced Steve Wilks and hired Kliff Kingsbury as their head coach on the 8th of January, 2019. 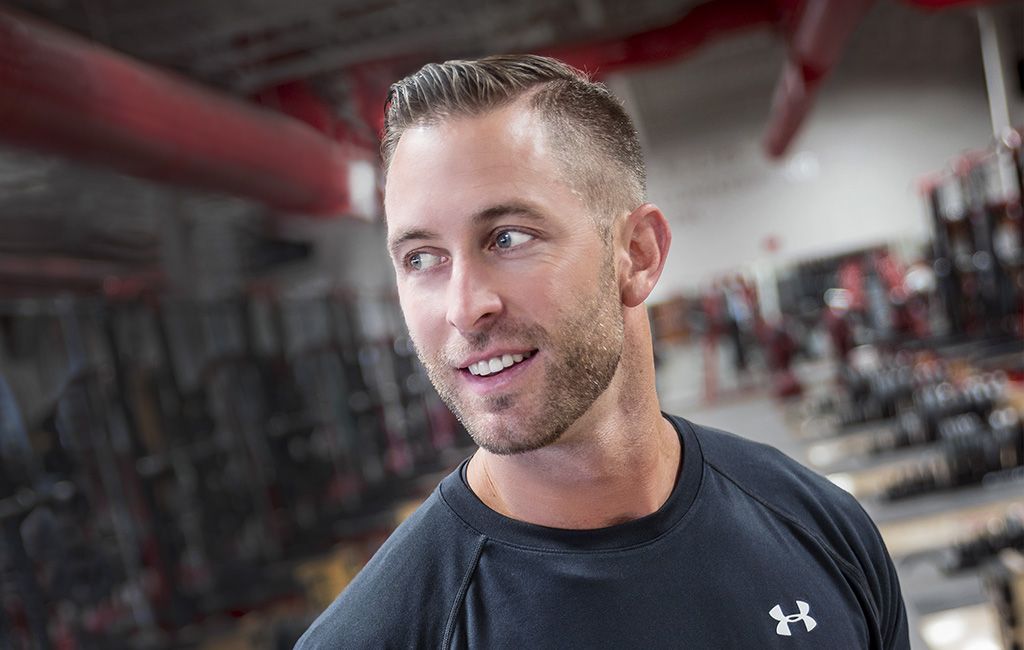 During High school, Kingsbury played football at New Braunfels High school where his father was the head coach. Kingsbury was also a member of various other sports such as baseball, basketball and track teams. He got the name of the offensive MVP in Texas in the Texas High school Coaches All-star game. Because he threw for 3009 yards and 34 touchdowns while leading the team to the Class 5A Division II semifinals as a quarterback. He was an Academic All-state selection and was formally inducted into the Texas High School Football Hall of Fame.

The Career of Kliff Kingsbury

During college years, Kingsbury played for the Texas Tech Red Raiders under coaches Spike Dykes and Mike Leach on years 1998-1999 and 2000-2002 as a quarterback where he played 43 games completing 1881 passes for 12,423 yards with 95 touchdowns and 40 interceptions overall during his college career. Kingsbury held a total of 39 school records, 13 Big 12 Conference records, and 7 NCAA FBS records. In his initial collegiate season, he completed 25 of 57 passes for 492 yards four touchdowns and an interception. Kingsbury was an All-District first-team selection. He was also All-Big 12 Conference second-team pick by league’s coaches as a junior in 2001.

Kliff averaged 350.2 yards per game. His 45 touchdowns passes nearly doubled his mark set in 2001 during the season. Kingsbury led Texas tech to a 9-5 record as a senior, defeating 12 Conference Rivals in addition to a 55-15 routing of the Clemson Tigers in the Tangerine Bowl. He got the award of the Sammy Baugh Trophy. It is annually presented to the nation’s best college passer following the 2002 season. Kliff was also titled Verizon/CoSIDA Academic All-American and Player of the year, a unanimous All-Big 12 Conference first-team selection. 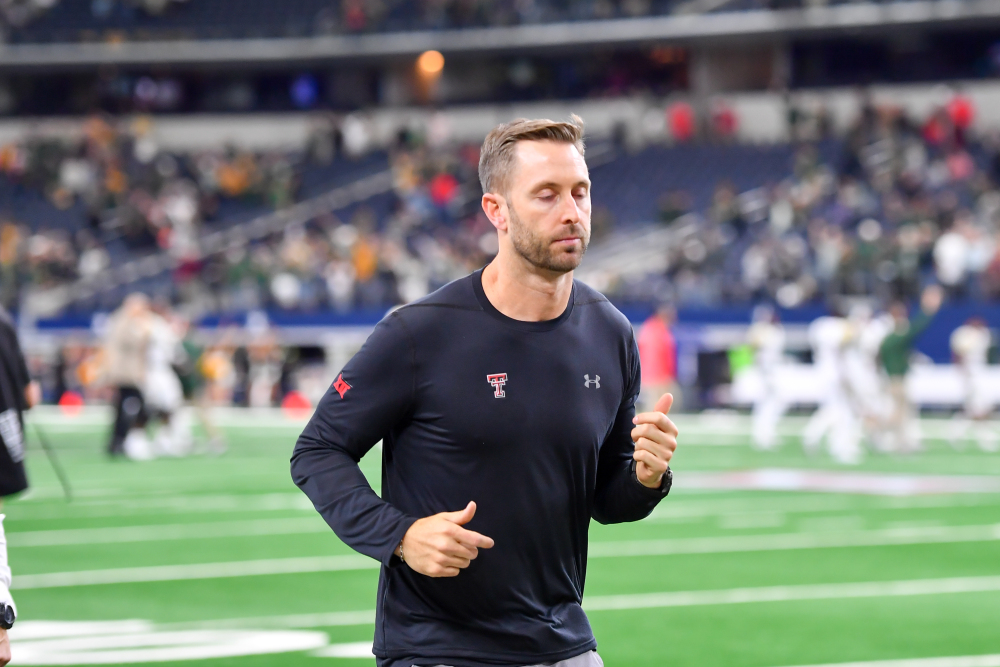 He got the name as the Associated Press Offensive Player of the year. Kliff also finished 9th in Heisman Trophy voting. He shattered his own school record by completing 479 of 712 passes for 5017 yards, 45 touchdowns, and just 13 interceptions and also added two rushing scores on 102 carries. Kliff Kingsbury was into the New England Patriots with the 201st overall selection of the 2003 NFL Draft.

After that, he got into New Orleans Saint to the team’s practice squad and spend the entire 2004 season there. He completed 10 of 21 passes for 139 yards with a long of 57 yards and two interceptions when he went to training camp with the Saints.

Kingsbury got into Denver Broncos for the practice squad on the 6th of September, 2005. He hence was out on the 21st of September that same year. He signed with the New York Jets on the 28th of September, 2005 and made his NFL debut on the 20th of November playing the fourth quarter against Denver Broncos. Then he joined the Canadian football league and was the third-string quarterback for the 2007 blue bombers season behind Kevin Glenn and Ryan Dinwiddie. 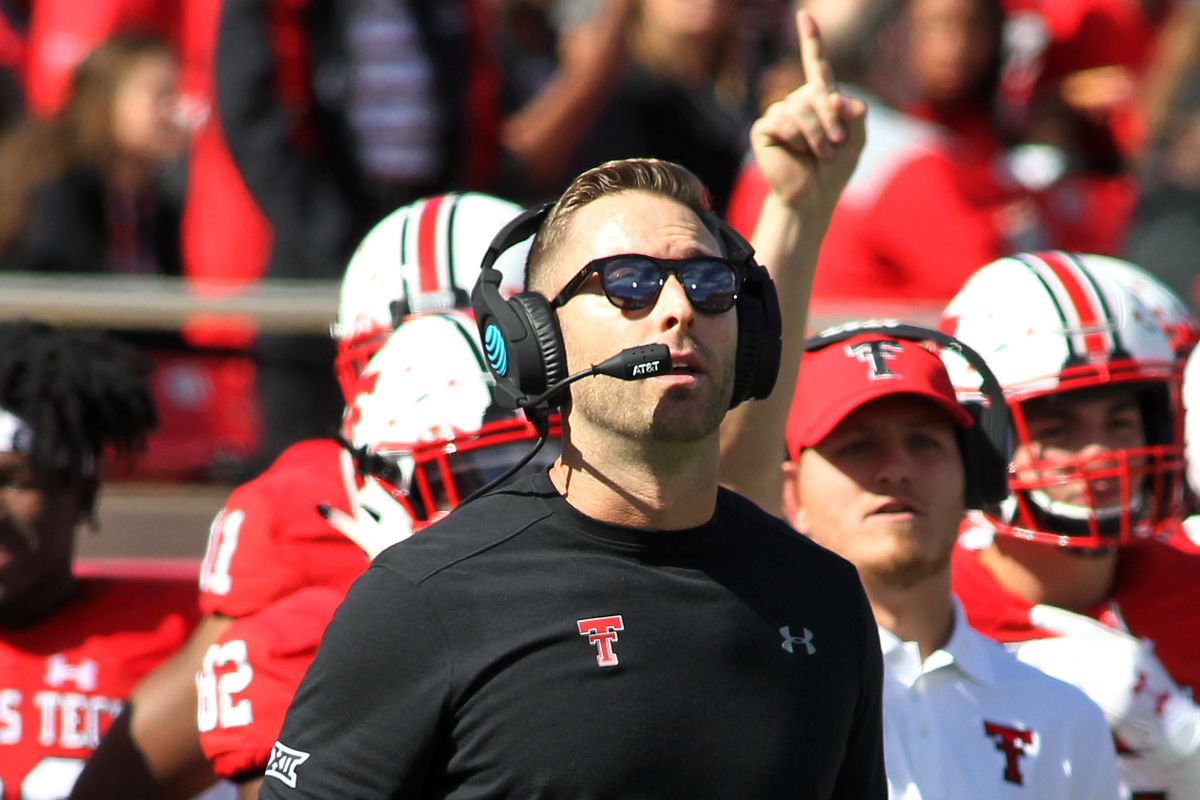 He started his coaching career in August of 2008 at the University of Houston in the position of quality control. Kliff got the recognition as the 2011 Offensive Coordinator of the year after the Houston led college football averaging 50 points and nearly 600 yards of offense per game. He later joined Texas A&M as the offensive coordinator for the 2012 season. For his performance, he got the name of the 2012 Footballscoop.com Offensive Coordinator of the Year. He got the name as a finalist for the Broyles Award.