Who was Wallis Simpson?

Wallis Simpson was a prominent figure in high society who became the Duchess of Windsor. Furthermore, she caused a constitutional crisis and the abdication of King Edward VIII.

Wallis Simpson was born on the 19th of June, 1896 under the name Bessie Wallis Warfield in Square Cottage, Blue Ridge Summit, Pennsylvania, U.S. She is an only child of Teackle Wallis Warfield and Alice Montague. Teackle is the youngest son of a flour merchant who ran for the position of mayor and was considered as one of the most popular citizens of Baltimore whereas Alice was a daughter of a stockbroker. Wallis was conceived out of wedlock, however, she claims their parents were married in June.

Unfortunately, Teackle Wallis Warfield died when she was one year old because of tuberculosis. Alice and Wallis managed their expenses with the help of her uncle, Solomon Davies Warfield, brother of Teackle. Alice married John Freeman Rasin in 1908. Freeman was the son of a prominent Democratic party boss and Wallis lived with them.

Wallis was a beautiful lady who dressed purely and perfectly on every occasion and daily life. This gorgeous lady had a short and slender body figure and fine violet-blue eyes. Furthermore, she was an intelligent student and quick-witted. A lot of people admired her.

Wallis met Earl Winfield Spencer Jr. in April of 1916 at Pensacola, Florida. Earl was a U.S Navy pilot who was the first commanding officer fo Naval Air Station San Diego. At that time, Wallis was visiting her cousin and met the outstanding pilot and had a connection. Wallis had a fear of flying at that time since she saw airplane crashes and was traumatized by it. Wallis and Spencer married on the 8th of November, 1916. As far as what is known, Wallis’s first husband was a heavy drinker. She stayed with Spencer in Coronado till 1921. Later, her husband left him for four months but reunited in Washington D.C.

However, the couple separated again. During the separation, Wallis traveled Paris with Corinne Mustin, her widowed cousin. Later, she went to visit Spencer by sailing the Far East from a troop carrier. But Wallis was sick and returned to Hong Kong. Furthermore, Wallis visited China and stayed in Beijing with friends Katherine Rogers and Herman Rogers. During this time, there was a widespread rumor that Wallis cheated on Spencer with Count Galeazzo Ciano and had a botched abortion of his child. Spencer and Wallis returned to the United States in 1925. Unfortunately, the couple divorced on the 10th of December, 1927. 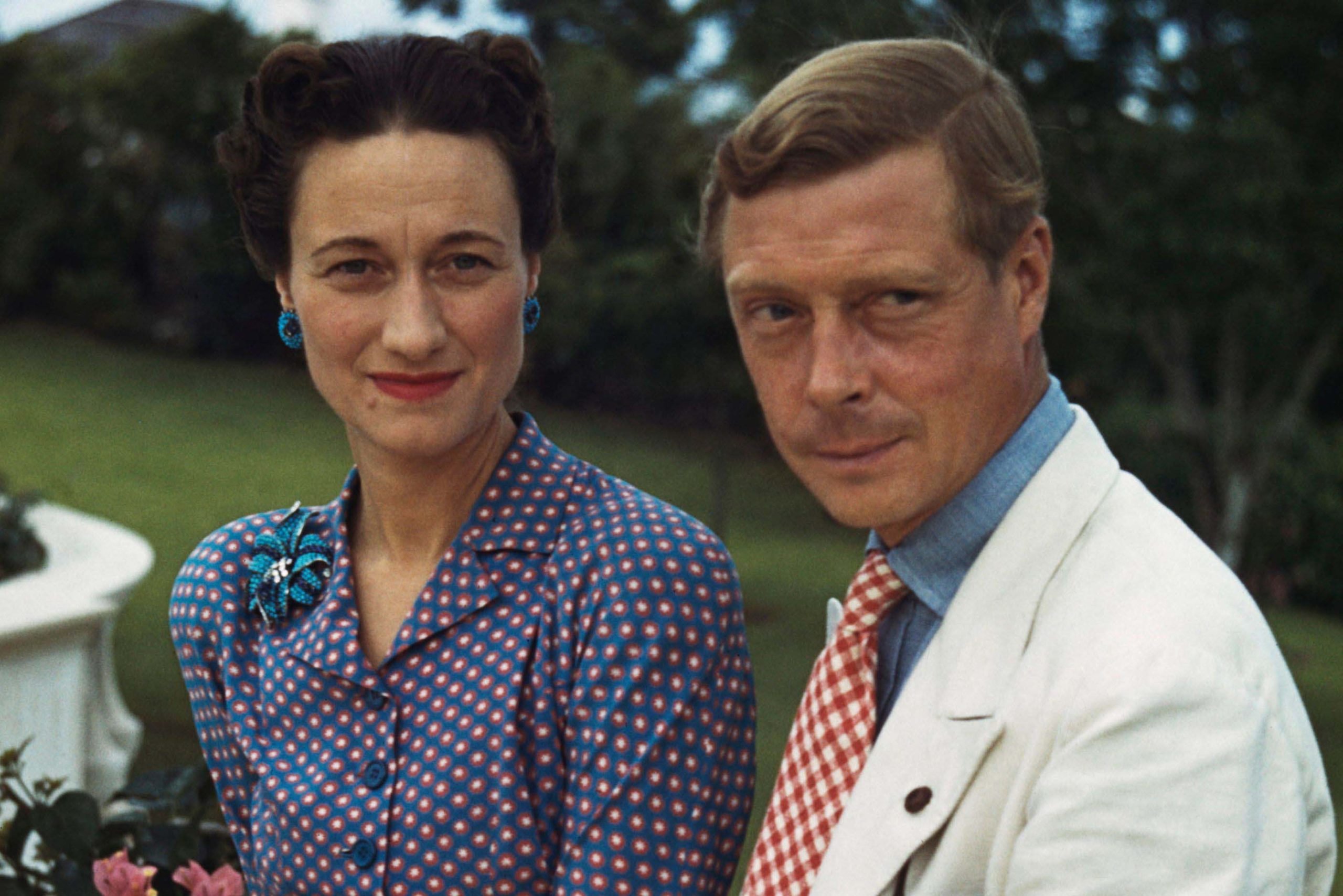 Wallis tangled with Ernest Aldrich Simpson after her divorce with her first husband, Earl Winfield Spencer Jr. Ernest Aldrich Simpson was an American-born British shipbroker and previous officer of Coldstream Guards. Aldrich proposed Wallis while she was in Cannes and Wallis accepted his proposal by telegram. He then divorced Dorothea, his first wife and married Wallis on the 21st of July, 1928 in Chelsea, London. The couple got a house in Mayfair.

Wallis returned back to Mayfair and the couple moved to a bigger flat with many servants. Around the 1930s and 1931s, Wallis was introduced to Prince Edward, the Prince of Wales. Furthermore, she met Wallis through her friend’s sister Thelma Lady Furness at the Burrough Court. Edward then kept meeting the Simpson couple at various parties. During that time, Ernest was having difficulties in managing his finances.

Wallis was spotted as the Prince’s mistress while his another mistress, Lady Furness was in New York. Although Edward refused this, many spectators had witnessed the couple being intimate and also had evidence of their sexual acts. Soon enough, Lady Furness was replaced by Wallis and Prince also distanced himself from Freda Dudley Ward, his former lover. Prince completely fell in love with Wallis and felt a dependency on her as he fell for her charms and personality. However, his parents were furious when he introduced Wallis to them in the Buckingham Palace, mostly because divorcees were normally excluded from the court. Edward opposed his parents and showered her with expensive gifts and money. Also, his official duties were heavily neglected because of the holidays and spending time with Wallis. 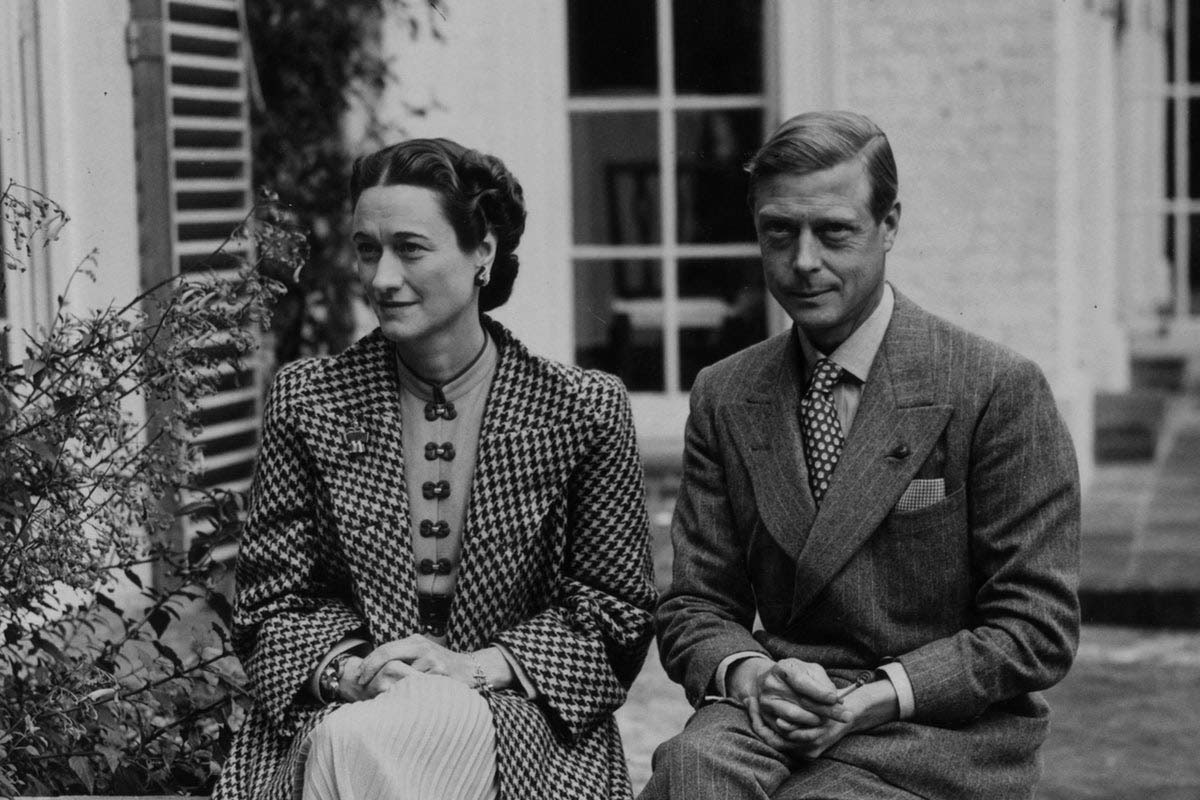 King George V, the father of Edward, died on the 20th of January, 1936 at Sandringham. After his death, Edward became the King and sat on the throne as King Edward VIII. However, Edward broke protocols the very next day including Wallis in the royal works.  Wallis was not single at that time. The people of the government criticized his behavior. Furthermore, many foreign reporters reported the affair. Edward wanted to marry Wallis, but this was impossible since the divorced could not marry the king if the former husband was still alive. Wallis was considered unsuitable to be the Queen as a woman who had been divorced twice.

The news of the scandal between Wallis and Edward caused widespread hate when it released in the United Kingdom Press. Wallis stayed in hiding when the news became public. Later, Edward decided to give up his throne to be with Wallis. Edward abdicated the throne on the 10th of December, 1936 and the Duke of York became the new King. Wallis Simpson then changed her name to Wallis Warfield. She reunited with Edward on the 4th of May, 1937. The couple then married on the 3rd of June, 1937 without the presence of any of Edward’s family.

Edward then became the Duke of Windsor. However, Wallis didn’t get the royal title as the Duchess of Windsor and none of Edward’s family accept or formally receive her. Edward died in 1972 and the duchess lived in solitary until her death. By 1980, she lost her power of speech and died on the 24th of April, 1986 at the age of 89 years old.