An English actor well-known for his biographical film 'Gandhi' where he starred as Mohandas Gandhi.

Who is Ben Kingsley?

Ben Kingsley is an English actor who has actively worked in the entertainment field since 1966 and has already spent over 50 years of his life in this field. Initially, he started his career in the theatres and then landed roles in the television sitcom and films. This actor is famous for his portrayal of Mohandas Gandhi in a biographical film ‘Gandhi’ in 1982. Moreover, he is also a versatile actor who has won the hearts of numerous filmmakers, critics, and audiences. Likewise, he has also received various nominations and awards for his amazing acting skills. Additionally, he was also appointed as a Knight Bachelor for his services to the British film industry. 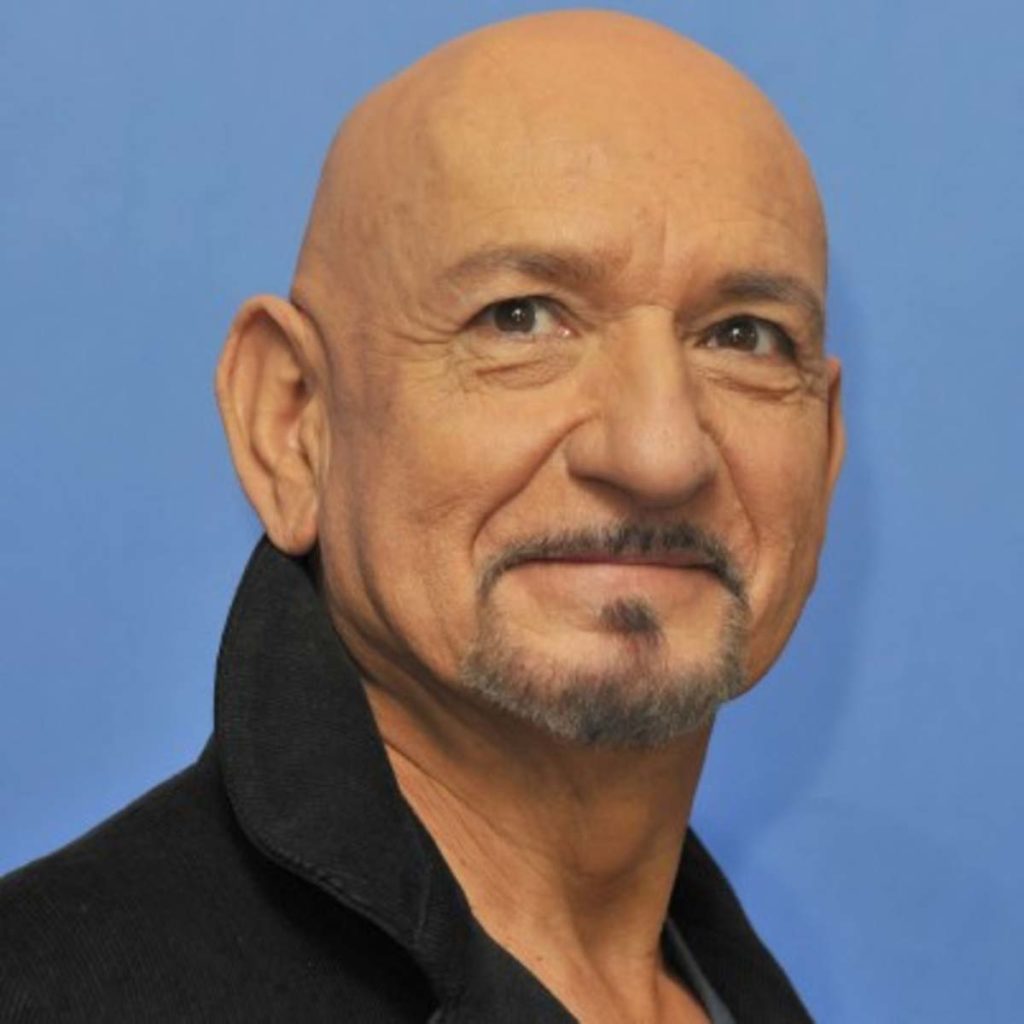 Ben Kingsley’s real name is Krishna Pandit Bhanji on 31 December 1943, in North Riding of Yorkshire, England. His father was a medical doctor named Rahimtulla Harji Bhanji while his mother was a model and actress named Anna Lyna Mary. Both of his parents are of different cultures. Moreover, he grew alongside his one older brother and two younger sisters. Ben currently lives in Spelsbury, Oxfordshire, UK. Additionally, he is currently 77 years old with a Capricorn star sign.

Ben Kingsley holds British nationality. As per his ethnicity, he is multiracial having Indian Gujrati with Ismaili Muslim Khoja descent from his father’s side and a Russian and German-Jewish descent from his mother’s side. Besides this, he stands 5 feet and 8 inches (1.73m/173cm) tall and weighs around 74kg (163lbs). Moreover, he has an average body type with a pair of dark brown-colored eyes and a bald hairstyle.

Ben Kingsley completed his schooling at Manchester Grammar School. Since his brother and father were from a medical background, he was also expected to join a medical school. But he enrolled at Pendleton College which is currently known as Ben Kingsley Theatre. Seeing his interest grew more in theatres, he joined the Royal Shakespeare Company and worked there as a stage artist for fifteen years.

Subsequently, he became famous as a stage actor and changed his name to a foreign name, Ben Kingsley so that it would not hamper his career. Furthermore, he has also received the Doctor of Letters degree from the University of Hull, Scarborough Campus on 18 July 2008, as an honorable award.

Ben Kingsley has interesting love affairs and relationships. He has married four times and has a total of four children. He first married actress Angela Morant in 1966 and had two children named Jasmin Bhanji and Thomas Alexis Bhanji. They separated in 1972. He then married British theater director, Alison Sutcliffe in 1978 and has two children named Edmund and Ferdinand. Likewise, they also divorced in 1992. His third marriage happened with Alexandra Christmann in 2003 and separated in 2005. Finally, he then married the Brazilian actress Daniela Lavender on September 3, 2007. They do not have any kids to date.

Talking more about his personal life, he likes to keep it private. Moreover, he also demands to be called ‘Sir Ben’ through which he received huge criticism. Previously, he became very particular about including his title ‘Sir’ in film credits. However, he has considerably changed now. 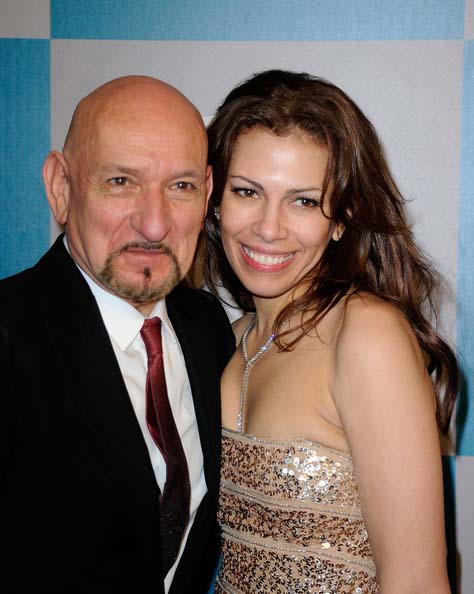 Ben Kingsley is not active in any social media handles.

Ben Kingsley landed his debut film role in the 1972 film ‘Fear is the Key’ as Royale. After this film, he directly appeared in the movies after ten years and came with a huge comeback. In 1982 he appeared in a biographical drama film named ‘Gandhi,’ where he portrayed the role of an Indian freedom fighter Mohandas Gandhi. Though this was his second film, the role earned him huge recognization and also earned him his first Oscar Award for the Best Actor. Likewise, he then appeared in five other movies in the 1980s. Talking about his notable film roles in the 1990s they are; ‘Bugsy’ where he played Meyer Lansky in 1991, ‘Searching for Bobby Fischer,’ and ‘Schindler’s List’ in 1993, ‘Twelfth Night’ in 1996, and ‘The Confession’ in 1999.

In the year 2000, he played in a documentary film named ‘Islam: Empire of Faith’ where he had a voice role. The same year, he also appeared in a crime film ‘Sexy Beast’ where he played the role of Don Logan. He starred alongside Ray Winstone and Ian McShane and his role earned him various nominations and awards. Similarly, his other notable film role came in the 2003 psychological drama film ‘House of Sand and Fog’ where he played the role of Massoud Behrani. This film also earned him to win different nominations and awards. Additionally, his other celebrated movies are ‘Thunderbirds’ in 2004, ‘Oliver Twist,’ and ‘Blood Rayne’ in 2005, ‘You Kill Me,’ and ‘The Ten Commandments’ in 2007.

Talking more, in 2008 he appeared in a total of six different movies and all of his six movies were successful. He played in Elegy, War, Inc, The Love Guru, The Wackness, and Transsiberian. Moreover, he also had voice roles in ‘Journey to Mecca’ in 2009, ‘The Desert of Forbidden Art’ in 2011, ‘The Boxtrolls’ in 2014, ‘Dragonheart 3: The Sorcerer’s Curse’ in 2015, and ‘The Jungle Book’ in 2016. Meanwhile, he also starred in ‘Hugo’ in 2011, ‘The Dictator,’ and ‘A Therapy’ in 2012. The next year, he appeared in a Marvel productions superhero film ‘Iron Man 3’ as Trevor Slattery / Mandarin. This film starred different stars like Robert Downey Jr, Gwyneth Paltrow, Don Cheadle, Guy Pearce, Rebecca Hall, Stéphanie Szostak, James Badge Dale, and Jon Favreau. 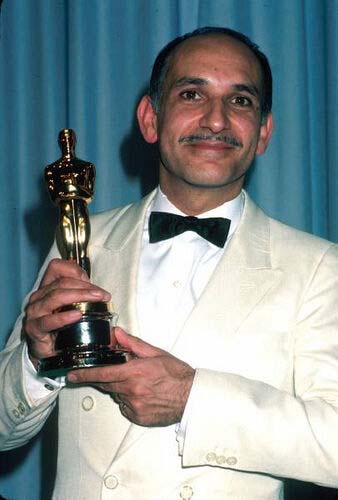 Net Worth of Ben Kingsley

One of the versatile actors of the entertainment industry, Ben Kingsley has an estimated net worth of $60 million as of 2021.